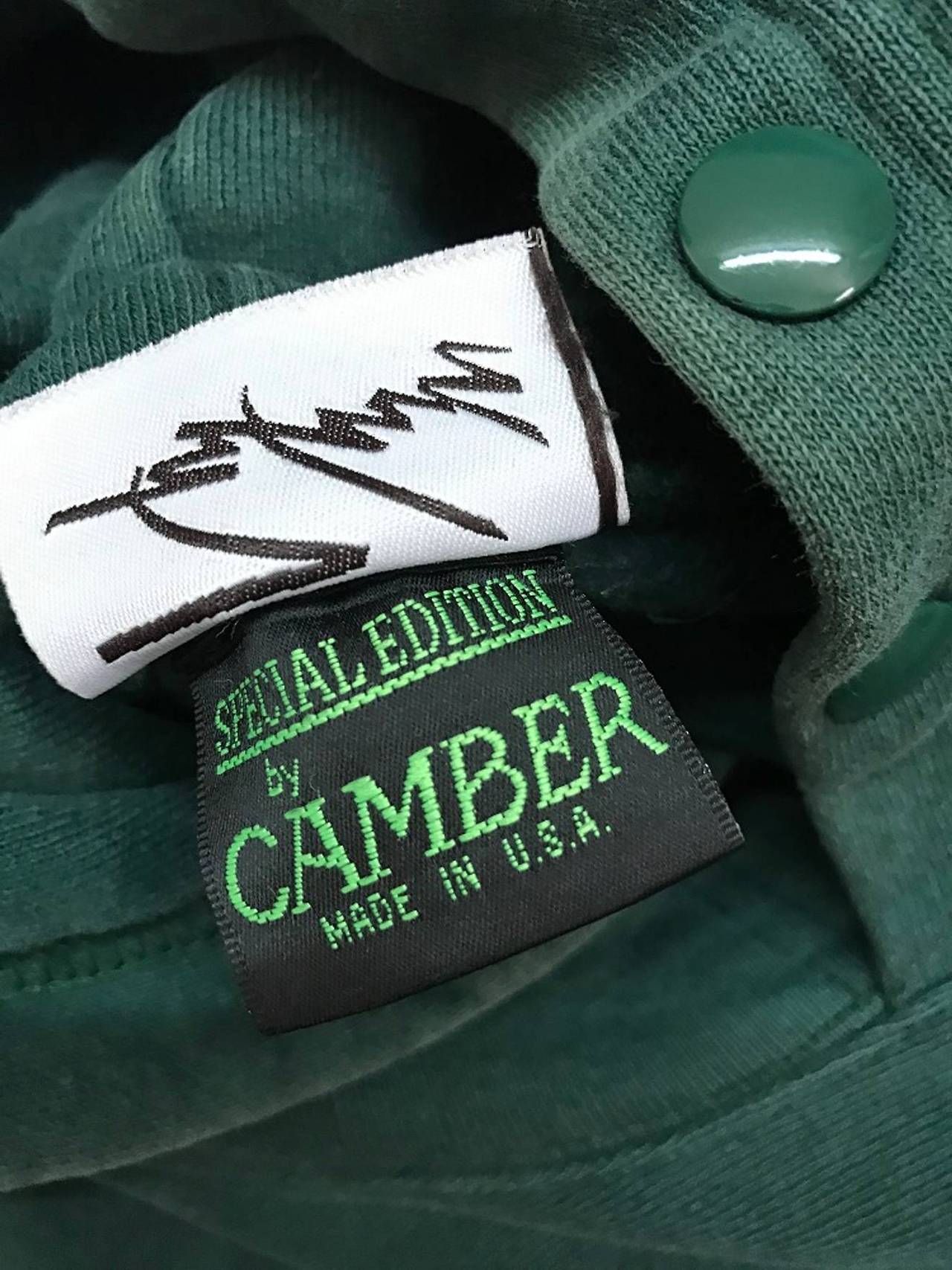 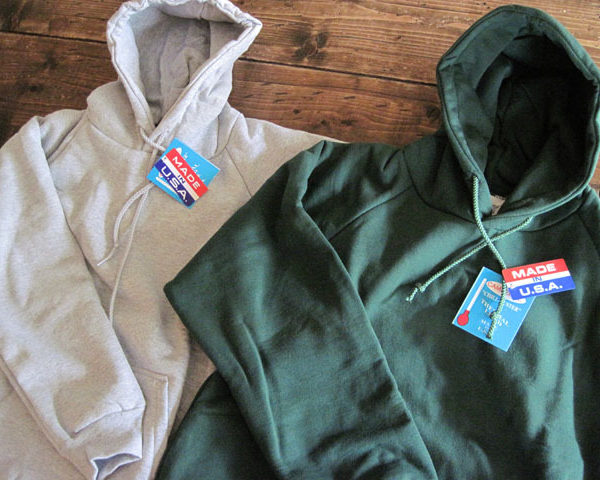 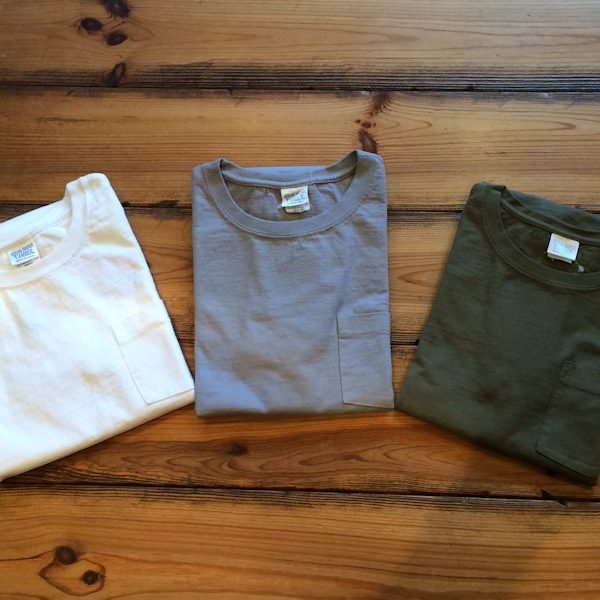 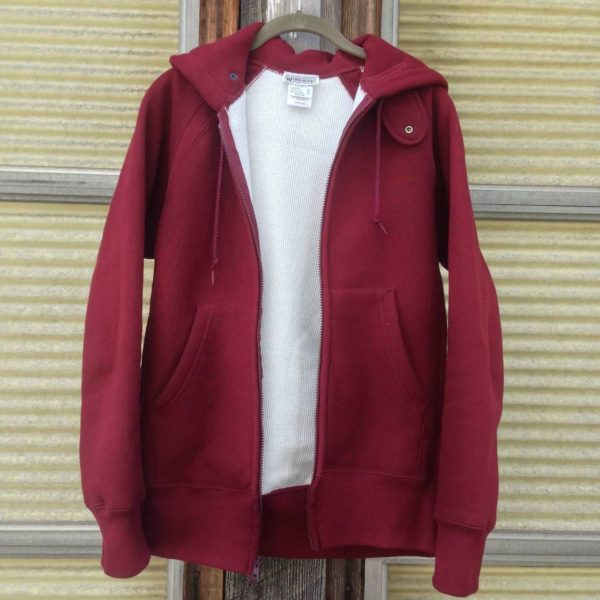 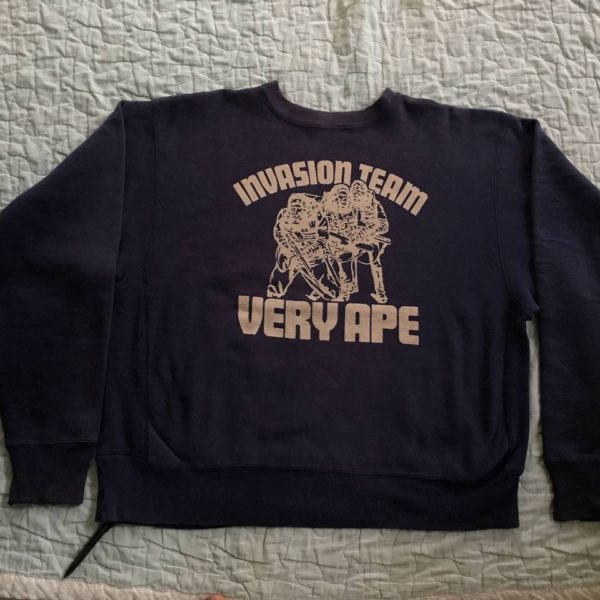 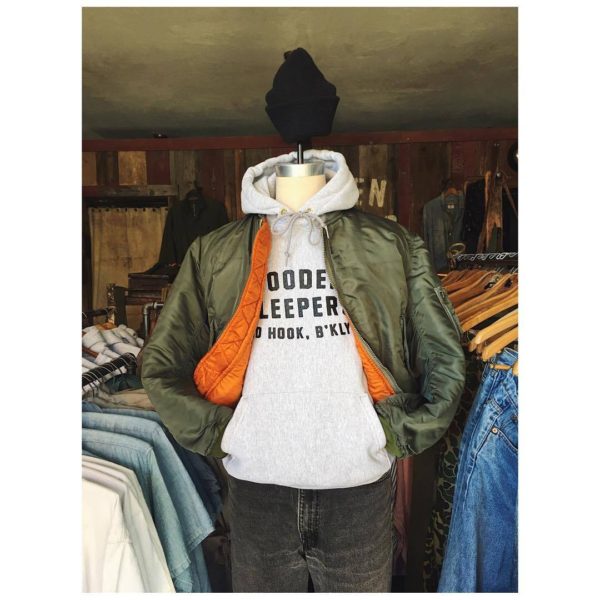 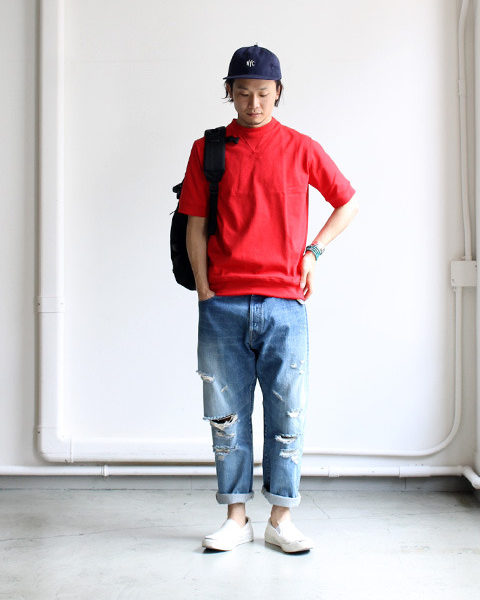 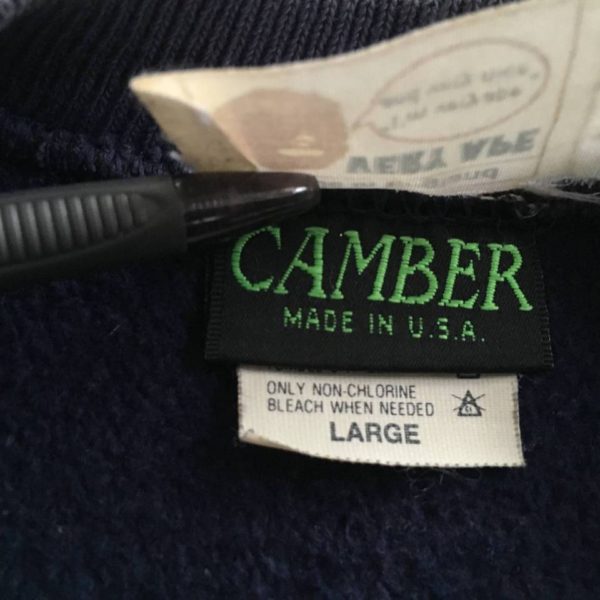 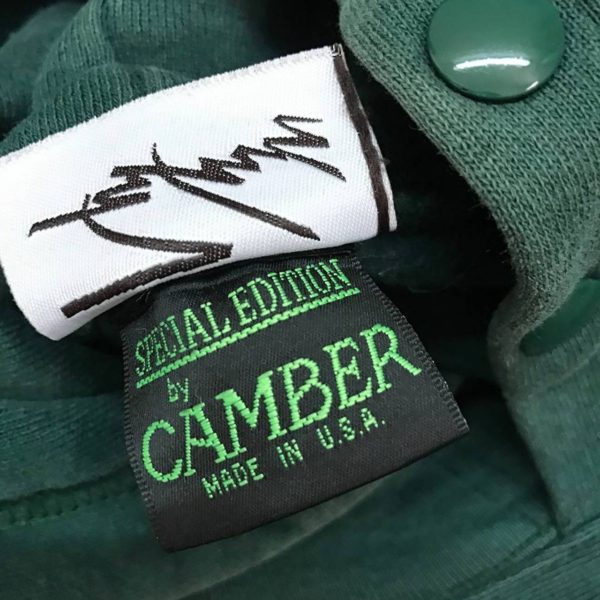 I’ve heard vintage pickers speak wistfully of how easy it was to find weird, cool American sportswear all over the place a couple of decades ago; when dusty hunting and sporting goods stores had shelves of deadstock gold and small-town thrifts were overflowing with Levis redlines. And the boxcars were all empty and the sun shined every day, right?

There may not be a lot of secret, un-picked sporting good stores left in the United States but there’s still a few companies making the sort of stuff you’d want to find there; Stan Ray, for example, for fatigues and work pants; L.C. King, for chore coats, etc.–less accessible but no less sought after is Pennsylvania’s Camber label, which specializes in heavyweight knit cotton garments for work and sports.

I really enjoyed the Wall Street Journal’s recent piece comparing gray hooded sweatshirts, a wardrobe staple if there ever was one. But they seemed to be aiming for a streamlined fit that, although I appreciate it, doesn’t have the same vibe as a solid vintage American sweatshirt like a Camber or Champion reverse weave, classic elements of the casual American look Derek wrote about awhile back. Alas, Champion’s current stuff, while decent, isn’t quite up to the standards of the extra beef of their 80s classics. (Side note, the Todd Snyder stuff endorsed by the WSJ is in fact excellent.)

While I favor Camber’s pullover or zip hoodies, they also make heavyweight pocket tshirts and extra heavy, waffle-knit-lined sweats that really qualify as outerwear. Most pieces come in familiar, collegiate colors of gray, pine, burgundy, navy, and black, plus bright orange and, in some garments, hi-visibility for work purposes. Camber gear is also cut pretty big; while something like a Buzz Rickson sweatshirt is liable to run small and trim, current Camber runs roomy.

Camber doesn’t sell direct to consumers, and in fact a lot of the Camber you might see in the wild is private label. Camber has been the label-under-the-label for a lot of streetwear brands for years, including Bape offshoot Very Ape, Futura-labeled stuff, and, rumor has it, Engineered Garments Workaday (look for a made-in-USA vs made-in-Canada label). Some private label stuff is, of course, fit- and detail- adjusted–I’ve handled basic Camber blanks and some of those other labels and they’re not identical, although the basic build is consistent.

You can buy Camber stuff online from All USA Clothing or All Seasons Uniforms–prices are terrific but unfortunately those sites claim to have month-plus lead times. Dave’s New York has carried them but seems out right now. One of our favorite vintage shops, Wooden Sleepers, recently had a bunch of shop crewnecks and hoodies printed on Camber sweats (one of which I bought, which prompted this post). You can always search Etsy and Ebay, which often have some new and vintage models (keep an eye on those shipping time disclaimers for new pieces). Rakuten is an option as well, as Camber has a good reputation in Japan.