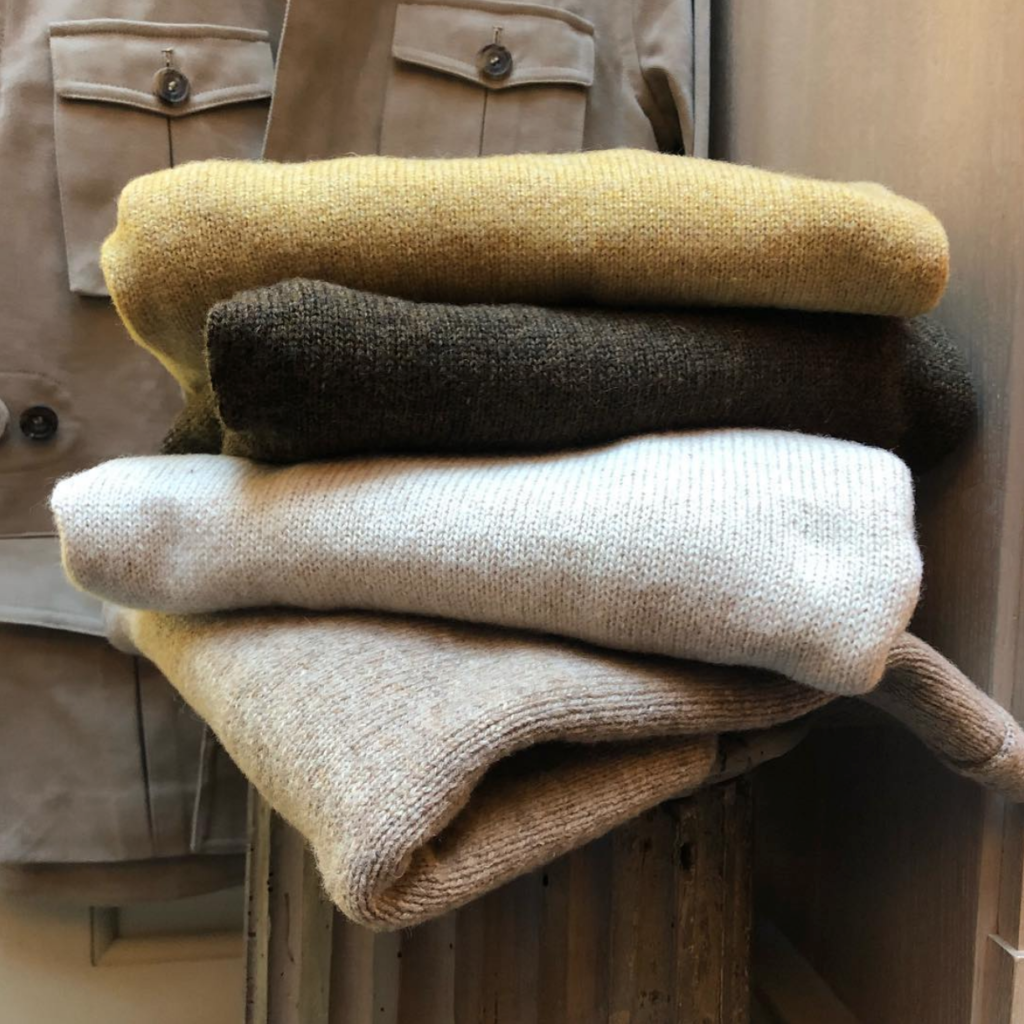 It’s been about ten years since menswear was obsessed with all things classic. Since then, men who were previously clad in Barbour and Alden have moved on to more fashion-friendly lines. My own wardrobe has grown to include labels such as Margiela and Kapital, but some things that have stayed with me.

Shetlands are at the top of the list. They’ve been a staple at Brooks Brothers for over a hundred years, but you’d be surprised at how often they crop up in almost every other line (trad or otherwise). They’ve been part of Aspesi’s military-inspired collections, Lemaire’s contemporary wear, Margaret Howell’s play on British classics, Our Legacy’s minimalism, NN07’s Japanese basics, and so forth. Dries Van Noten even made a line of Shetland sweaters last year with archival labels from famous British mills. Shetlands work just as well with oversized topcoats as they do with waxed cotton Barbours, slim tailored trousers or raw denim jeans, experimental outfits or stalwart classics. Aside from gray sweatshirts, few knitwear styles stretch across so many aesthetic spaces. Which means, if you’re just starting to build a better wardrobe, you can pick up a Shetland or two early in your process and still have something wearable when you’ve settled into your personal style.

So, what exactly is a Shetland? The style gets its name from the Shetland Islands, which are located off the north coast of Scotland. Due to the region’s harsh conditions, the sheep there produce a sturdy, lightweight, long staple wool fiber, which is typically plucked instead of shorn. This wool is then firmly spun into yarn, woven into fabric, and transformed into garments.

Shetland sweaters were originally made by women on the islands, and they came with a strong, smoked herringbone smell because of how the wool would absorb domestic odors. It’s said that, on damp days, the smell on a traditional Shetland knit would be unbearable. These early sweaters were often knitted with distinctive regional patterns that were developed over centuries, but over time, they’ve mainly taken four forms: plain, cabled, Fair Isle, and brushed. Today, the term “Shetland sweater” mostly means any knit that’s been made from that hardy, slightly itchy Shetland yarn.

Sometime around the early 1900s, Brooks Brothers imported the style into the United States, which is how it eventually made it into traditional American wardrobes. Classically, they’re typically worn with flat front trousers and tweed sport coats, but in the 1970s, university students started pairing them with five-pocket cords and mountain parkas. Today, they can be worn with almost anything, so long as your outfit calls for a sweater. They’re a little more textured than a smoother, plain merino; hardier and more affordable than cashmere. They lend visual interest to plain outfits, while being simple enough to go under patterned outerwear. That’s partly why they’ve shown up everywhere — from Brooks Brothers to Dries Van Noten, everyone can use a textured sweater. 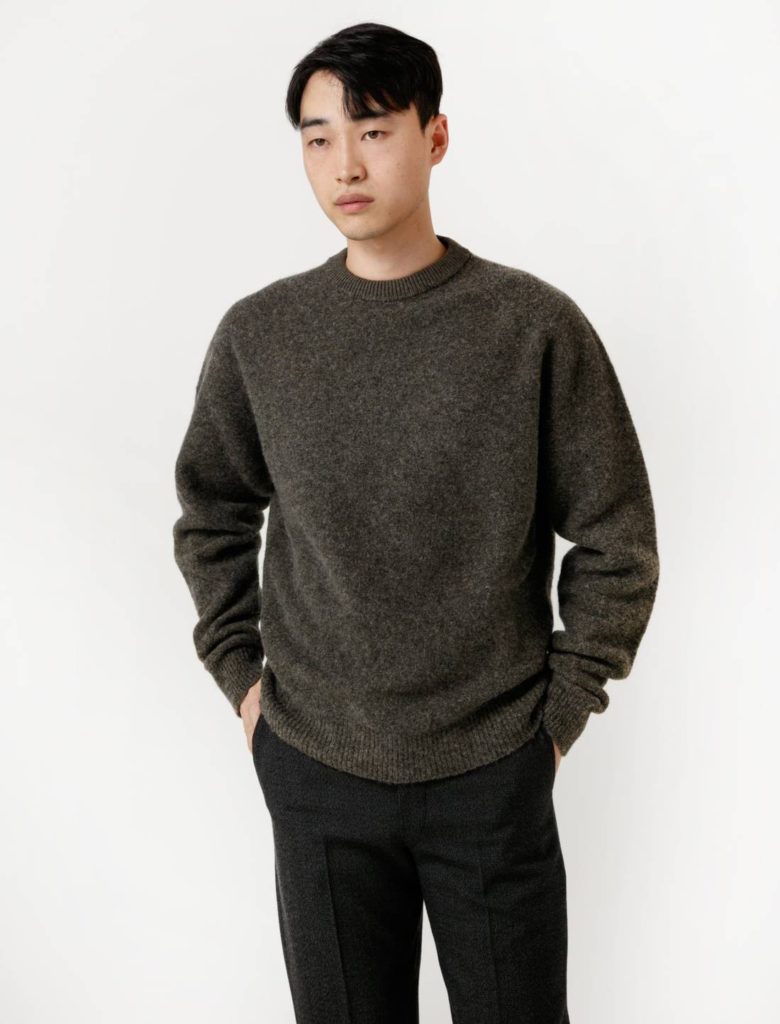 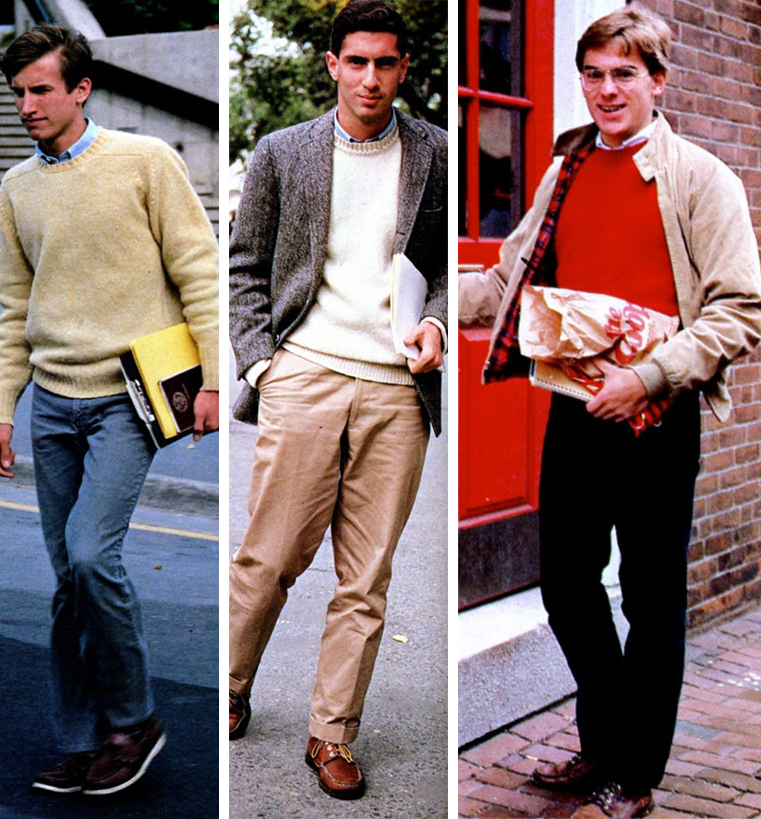 Shetlands have a few upsides. For one, since the yarns are often used for Fair Isle knitting, they come in some of the best color selections around (and the colors are often changed out every season, allowing you to always find something new). Spruce greens, oyster grays, coffee browns, heathered oats, lemon yellows, dusty pinks, and so forth. You’d be hard pressed to find another type of sweater with such a massive color range.

They’re also tremendously hard wearing. While Shetland isn’t as soft as cashmere, and some will find it too prickly to wear over bare skin, it also doesn’t pill as easily as other types of wool yarns. Which means, if you’re frugal, you can often find perfectly serviceable, second-hand Shetlands on eBay for under a hundred bucks. The only real risk to a Shetland is that the wool can felt if you wash it directly under a stream of water, but this is also true of all knits (never let a running stream of water hit a sweater).

You can get good Shetland sweaters at any number of places. Mr. Porter has 23 models right now from companies such as Bellarose and Anderson & Sheppard (the second of which is pictured above). Vancouver’s Neighbour has an in-house line of Shetland sweaters priced just under $150 (they look like a steal next to Cristaseya’s $600 knits). Howlin’ and Aarch offer Shetlands in slightly more youthful designs. And Jaimeson’s and Harley are a little more affordable at about $130.

J. Press’ famous brushed Shetlands, which are lovingly called Shaggy Dogs, are much softer than their non-brushed counterparts. Boise lets you pick a style and any of their 60+ colors from a shadecard, and then they’ll knit you a made-to-order sweater for about £120. Brushing, double-brushing, triple and even quadruple brushing will run you £6 more. Shetland Woolens has brushed sweaters for a little less. Drake’s has colorful, block-striped brushed Shetlands this season that would make David Hockney proud.

Many traditional men’s clothiers also stock Shetlands. See shops such as The Andover Shop, Cable Car Clothiers, and Ben Silver. My favorites come from O’Connell’s, which are comfortably sized without being baggy, slim without being tight. They’re made with saddle shoulders, rather than set-in sleeves, which means they’re a little easier to fit through the shoulder line (since there’s no shoulder seam). I’m a size 37″ chest and take a size 38″ knit. O’Connell’s has them in every color imaginable, plain knit or cabled. If you feel lost from all the options, just stick to light grays, dark blues, oatmeal tans, or earthy browns — those are the easiest to wear. 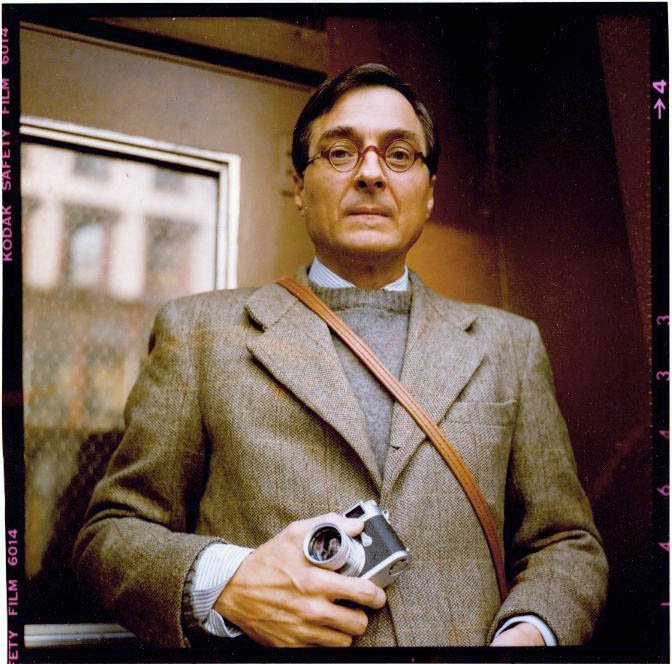 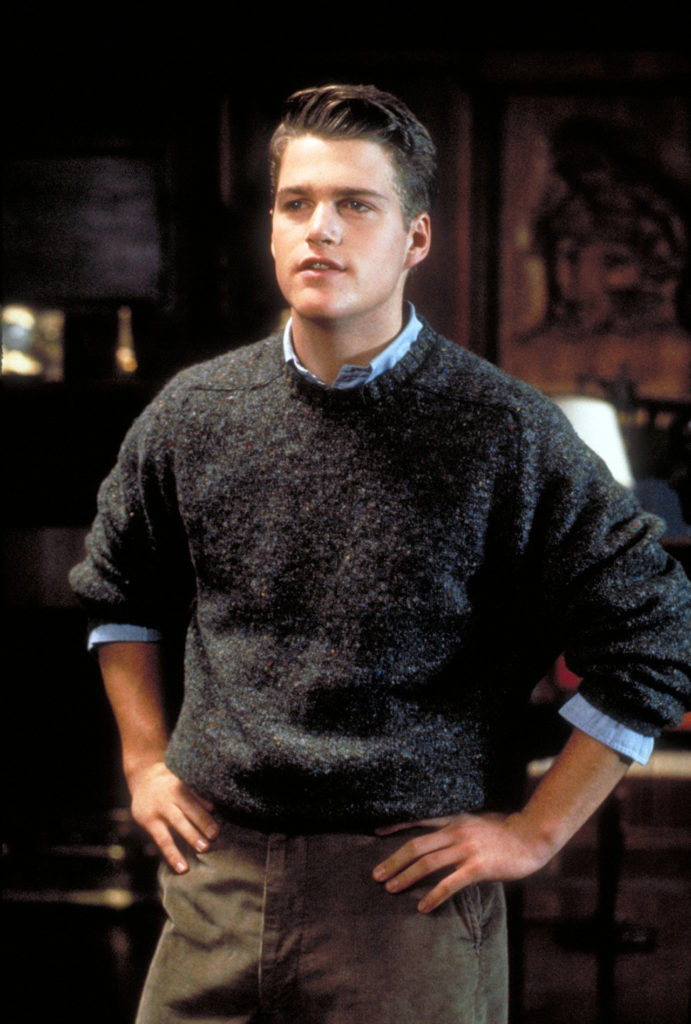 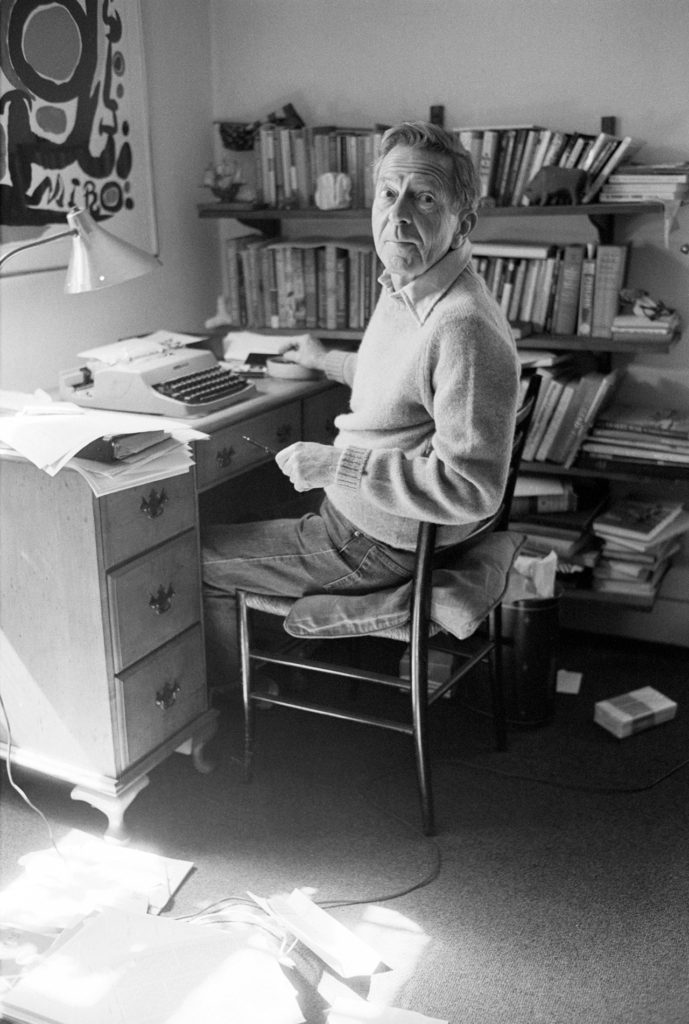 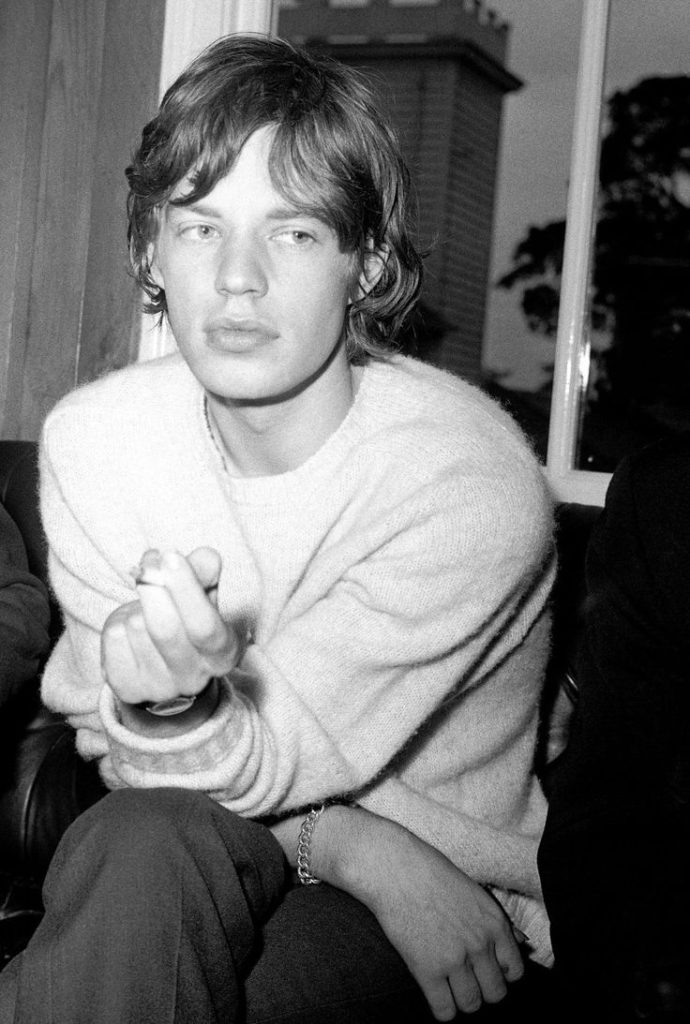 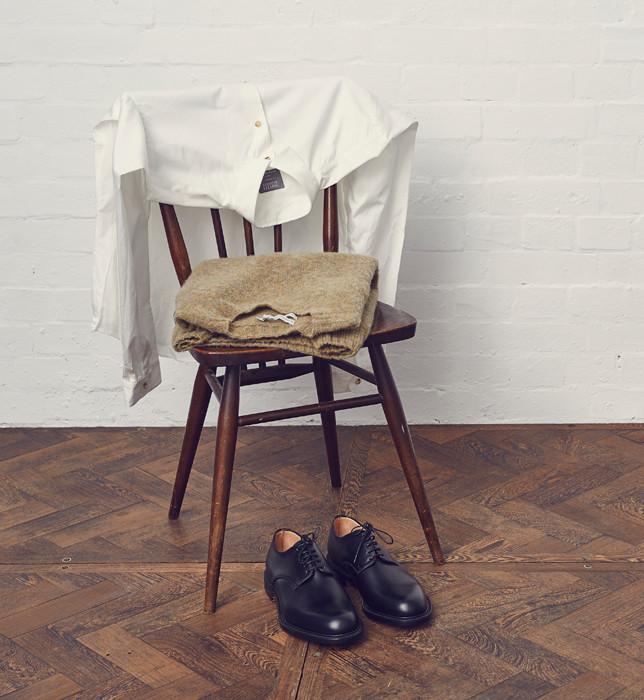