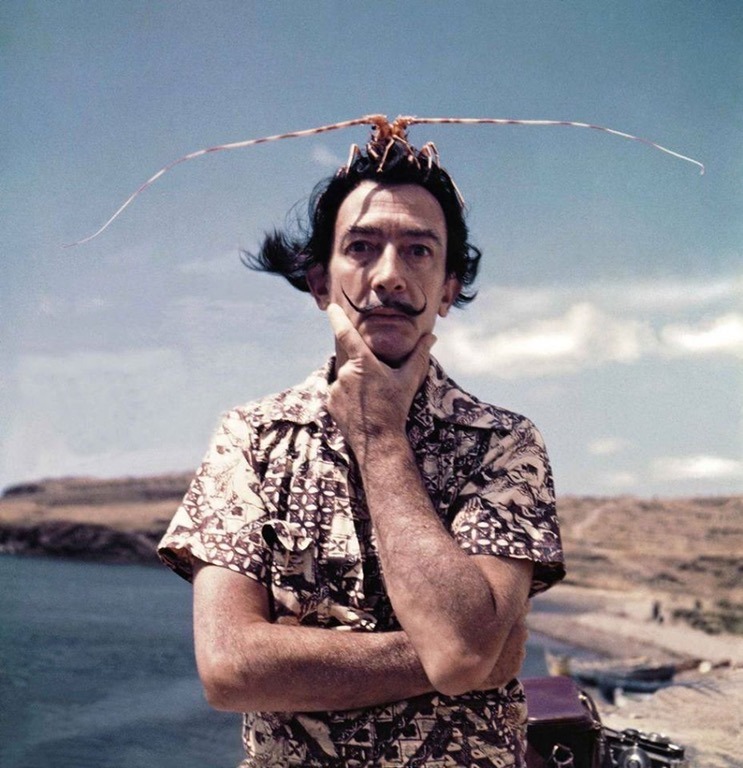 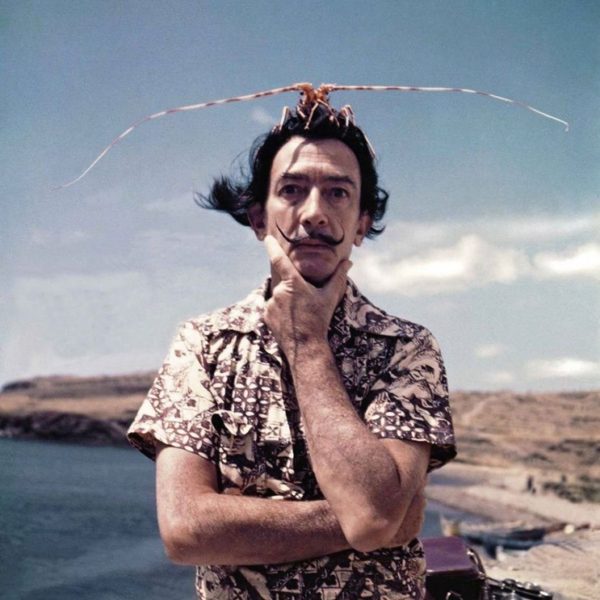 Long time readers know how much I love oxford-cloth button-downs. Particularly in light blue, which I find to be more versatile than white, they can be worn year-round with almost anything. Tailored sport coats, field jackets, and anything in-between. They’re an easy, failsafe choice because they occupy that narrow territory between formal and casual – a shirt that’s smart enough to be worn in the office, but in a collar and cloth that don’t look too uptight. I particularly like the ones sold at Brooks Brothers, Mercer & Sons, Kamakura, Michael Spencer, and our sponsor Proper Cloth.

When the weather starts to get hot, however, it can also be nice to have some bolder shirts – ones beyond your usual plaids and stripes. Remember: the bolder the shirt, the more casual it looks. And once we get into spring, bolder prints can feel more seasonal. Plus, OCBDs are a bit boring without a jacket. With an unusual print, a simple, jacket-free look can really come into its own.

Some that I’ve been looking at:

YMC Malick ($125): YMC, which stands for You Must Create, is an old British brand from the mid-90s. This season, they have a splotchy, all-over print called the Malick. The shirt reminds me of those terrible sponge paintings we all did in kindergarten. Who knew that those art projects done in-between nap times made up so well into designer shirts?

Gitman Vintage Rayon Floral ($195): Gitman Vintage in general is really good for bold prints. They do them year round in all sorts of crazy fabrics. You can find them at shops such as Unionmade, End, Supply & Advise, East Dane, Indigo & Cotton, and their own site. I particularly like this floral camp collar shirt at Mohawk General Store. It’s made from rayon, so it’ll feel like silk, but wear a little cooler against the skin.

Engineered Garments Copley ($264): Engineered Garments is great if you like slightly more contemporary takes on workwear. This Copley shirt is a good example. Band collar, taped edges, and a bold pattern that looks a bit like hand block printing. Would look great on its own with fatigues, which is just about all I want to wear when it’s really hot.

A Kind of Guise Gioia ($255): This shirt is incredible. Made from a lightweight silk, it has this retro 1970s print that reminds me of soul music and Latin jazz for some reason. I tried it on recently and love how it looks with tan tropical wool trousers. You can almost hear the vibraphones coming out of a Roy Ayers song when you put this on. Don’t bother pairing it with jackets. Its awesomeness shouldn’t be covered up.

Self Edge ($175+): Self Edge in general is great for mid-century vacation-style prints. They carry the Japanese brand Sun Surf, which reproduces Aloha shirts from the “Golden Era” of the ‘50s and ‘60s. I also like Star of Hollywood, which is an old 1950s company known for their wilder, atomic-style designs. Check out Self Edge’s “La Playita” lookbook this season if you want an idea of how these look with jeans or shorts.

Officine Generale Dario ($260): Not for the modest. Officine Generale’s Dario shirt comes in voile, an exceptionally lightweight and breathable cotton, but also one that’s exceptionally sheer. The darker color here, however, will make this a bit more wearable than white fabrics in the same weave. Good for hot days, especially if you insist on layering. Another great voile shirt this season is Ddugoff’s Henry ($285), which comes in an abstract print and similar dark color.

Eastlogue Indigo Pineapple ($255): Like Chinese food in tiki bars, pineapples were put on everything associated with vacation life in the mid-20th century. Highball glasses, tropical themed decor, and most notably, causal shirts. Eastlogue has one this season that looks a bit more contemporary. Sometimes dark shirts can be hard to pair with outerwear, depending on what else you’re wearing. The indigo-dyed blue here, on the other hand, comes in a nice, versatile, mid-shade.

The Idle Man Palm Leaf ($32): The Idle Man was started by a former buyer at ASOS, a popular fast fashion brand. I haven’t handled their products, but I imagine you can expect the quality to be on par with ASOS (or, in the US, Zara). This Palm Leaf print shirt looks pretty good and is available for just $32. They have other designs as well.

J. Crew Jungle Print ($59): A perfect example of why J. Crew is special. Reasonably well made, nicely designed, and not too expensive. At $60, this is about what you might want to pay for a “fun shirt.” The jungle print would look great with either chinos or shorts. A bit like something an American tourist would wear, but in a good, tailored fit that bends closer to sharp than sloppy.

Honorable Mention, Two Palms ($45): We’ve talked about them before. Two Palms is a Hawaiian company that makes reasonably affordable Aloha shirts. The fit is a bit loose and the shirts are roughly finished inside, but I think they look good in the right context. See some of the photos at Independence. I find the simpler two-tone prints here easier to wear, partly because there’s always a risk of looking like an ‘80s movie nerd or party animal in these things.