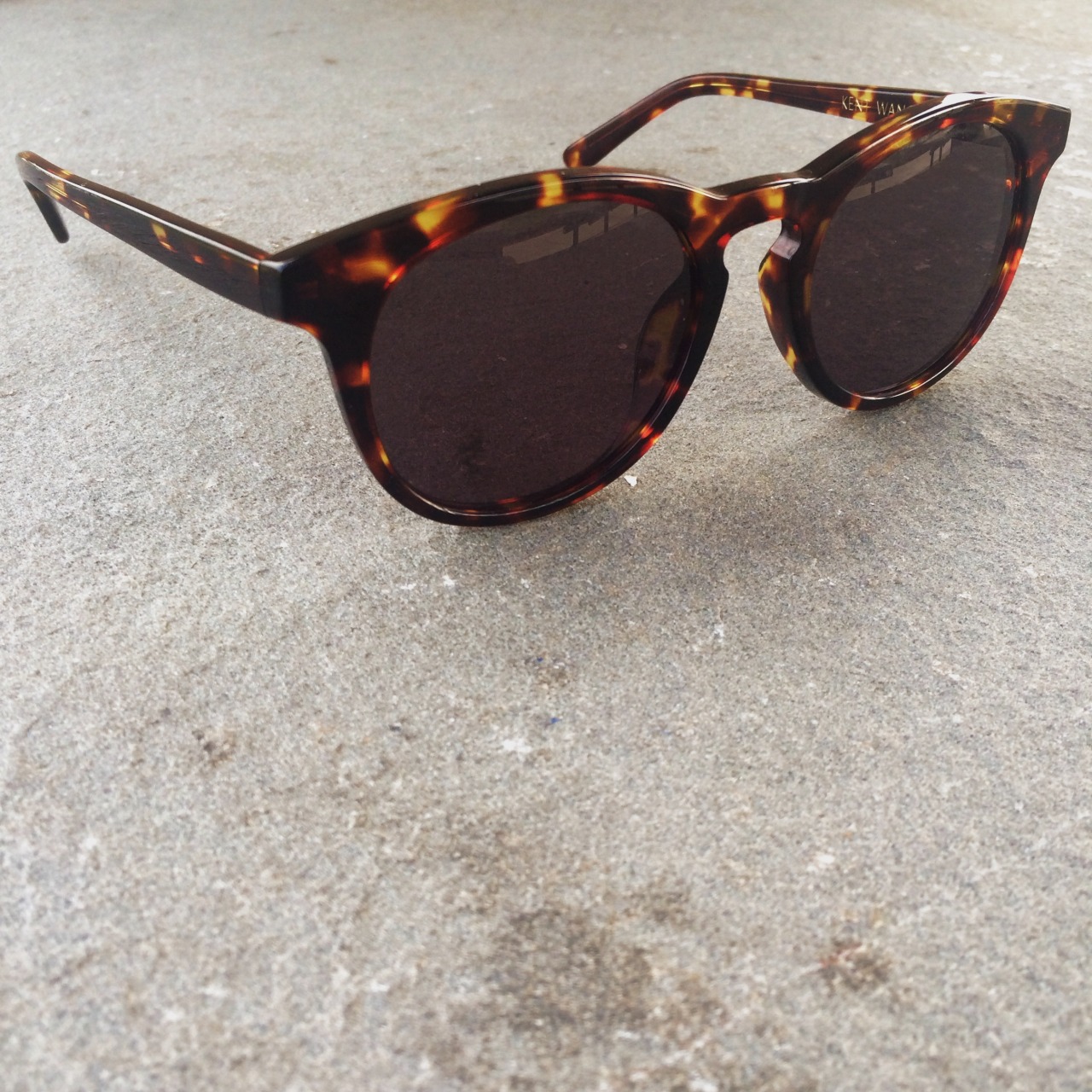 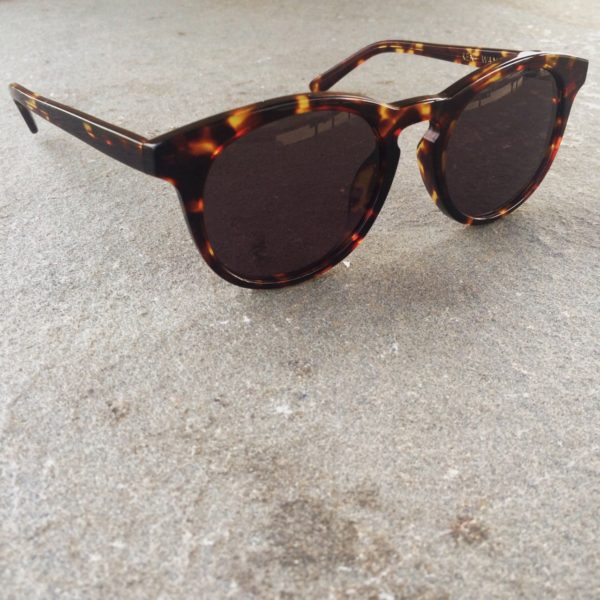 Which is what I do with sunglasses at a rate of about one pair per year. I’ve owned and lost some very nice sunglasses from Moscot, two pairs of vintage B+L ray Bans, and a recent pair of Luxottica Ray Bans. So that’s about $500 worth of eyewear that’s either fallen out of my breast pocket or been left on a bar somewhere. I can’t afford expensive sunglasses.

So when David of Ivory Tower Style recently recommended Kent Wang’s sunglasses, I bit. They’re exactly the style I prefer: tortoiseshell frames; generously sized, dark lenses; and a subdued shape (I’d call the style inoffensive and I mean that as a compliment). And at $55, they represent a fantastic middle ground between $200+ shades and the shrugging compromise that is buying sunglasses at CVS.

Are they as nice as the other sunglasses I’ve owned? Hard to say. The vast majority of the sunglasses out there today are made by Luxottica and seem to vary very little in make. They’re all essentially plastic with UV-shielding plastic lenses–not to say they’re cheap, but there’s not much besides design to differentiate them from one another. And they’re universally over $100.

We’ve found Kent’s products–often budget friendly versions of things we already like–to be at least decent quality. I’d certainly say KW’s glasses stack up to the Luxottica-made sunglasses I’ve owned. The spring hinges are a nice touch. KW’s lenses are not polarized, but that’s not really a quality issue, just a preference. And they only come in one size, so if that doesn’t fit you, you’re out of luck. The only real problem is they’re currently out of stock–the KW website anticipates another delivery in July.

I’ll be sad when I lose mine.

Filed Under: Kent Wang, Shopping, Sunglasses, Things We Love, What You Can Really Afford