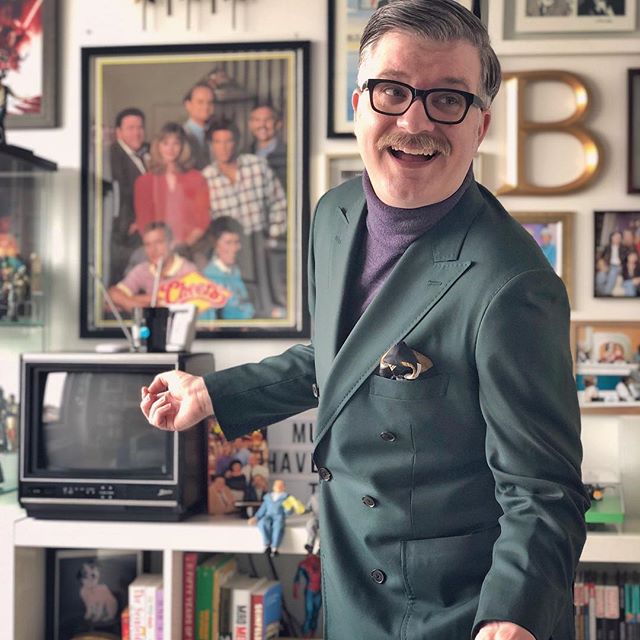 Building good wardrobe is like making a good sitcom. You assemble elements you think have the right chemistry, refine the vibe over seasons, and see how it all plays out in different situations. Over time, the characters (stay with me here) become familiar; you know what works together and what doesn’t, and your audience knows what to expect. Sometimes, you introduce something bold and new; sometimes it works–Rob Lowe and Adam Scott brought new energy to Parks and Rec–and sometimes Poochie has to return to his home planet.

Brett, a TV critic and pop culture journalist in New York, has had his basic cast in place for a long time. “I’ve dressed more or less the same since I was a freshman in high school. A denim jacket, Hawaiian print, argyle and plaid and polka dot, a suit when no one asked me to wear one–those have been staples of my wardrobe for 20 years.” He’s refined his style over time, though, upgrading where possible and getting more comfortable trying different ideas. 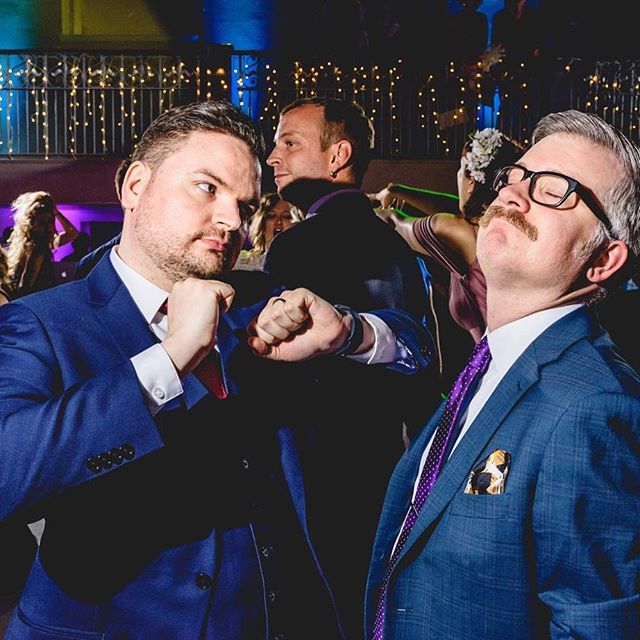 With his husband at a friend’s wedding, in an Indochino suit.

About a decade ago, Brett found a style northstar (or consience) in actor Martin Freeman. “In my early 20s, my goal was to dress like all five Strokes at once. Discovering Martin Freeman’s personal style choices was a major turning point in how I look at clothes. I was always self-conscious about being 5’6″ and gray-haired, but Freeman–who is both of those things–showed me I could look like that if I tried.” He checks off Charles Nelson Reilly and Bob Newhart as additional style icons–he even ran a (truly awesome) Newhart style blog, The Natty Newhart.

He also keenly aware of what his clothing choices say to others. “We use clothes to communicate who we are to the outside world and, as a gay man that was deeply closeted through college and who still can ‘pass’ for straight, I like using my choices to be proud. That’s why I default to a lot of florals, pink, and purple… and also partly why I have a mustache.” 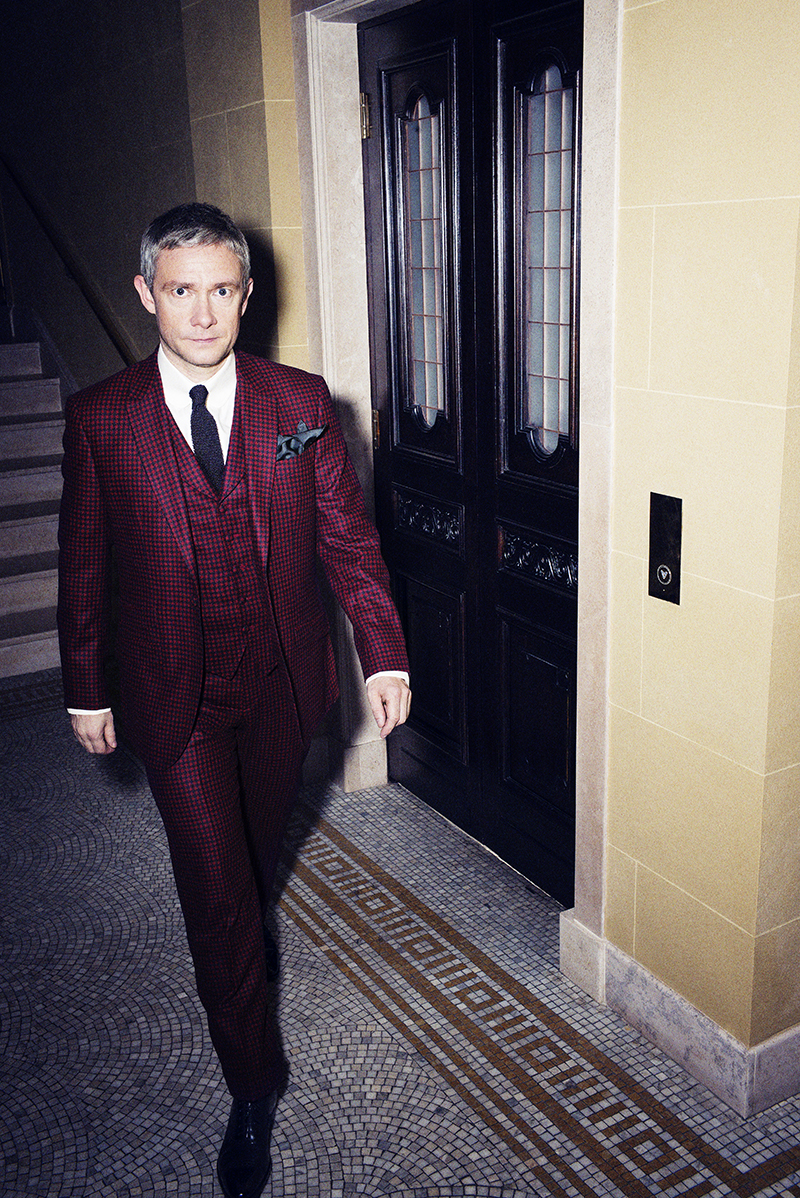 Martin Freeman in The Rake, wearing a Mark Powell suit.

For many of us, wearing tailoring is a choice rather than an obligation. We regularly recommend building a suit and sportcoat wardrobe by starting with basic fabrics and designs (navy, gray; single breasted; not a lot of trim detail) to maximize value. If you’re just going to have one suit and one blazer, you need to make them work for the modern semi-formal occasions, where other people’s expectations are still rather narrow — weddings, funerals, job interviews.

Brett makes the case, however, for knowing what you want and therefore going for it. He told me he owns only a few suits, but wears them as much as possible. He saw a green, double-breasted suit online at Suit Supply, and ended up accidentally ordering a custom version. “I made an appointment to go in for a fitting unaware that I was making an appointment with the made-to-measure department. When I showed up, I realized I’d be plunking down twice as much money as a I planned, but my specialist (Josh B. Cooper, who I will always shout out) helped me customize the suit so that I could wear it year round. The default version was a heavier green wool, but I was able to get it custom made in that same shade in a lighter fabric, and half-lined. Way more usable year round.”

“It’s the most expensive thing I own, and I find every. single. excuse. to wear it.” 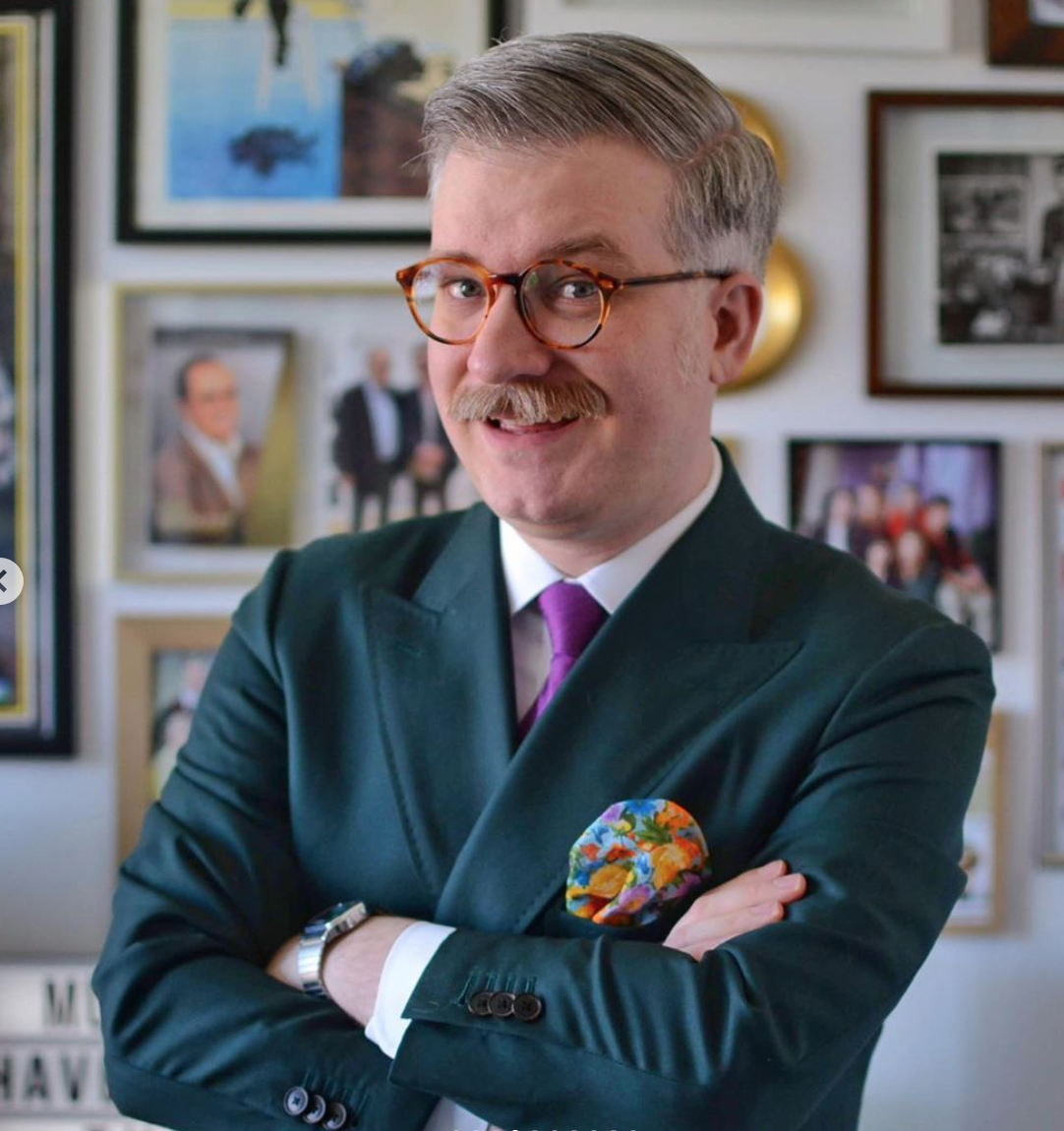 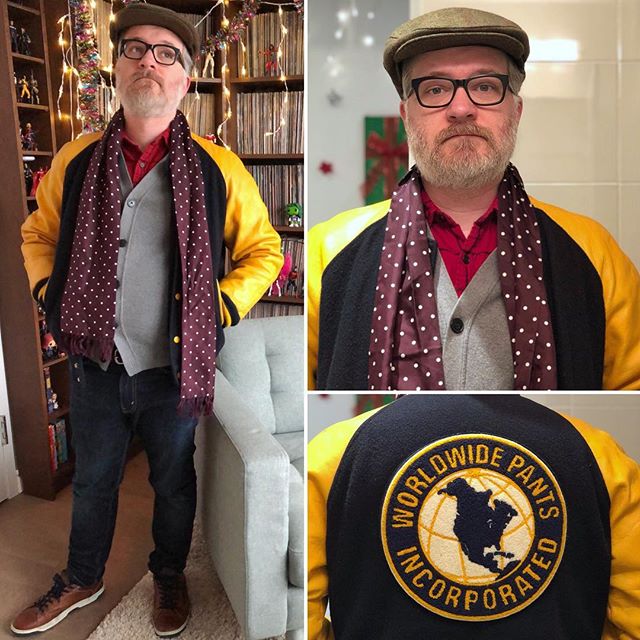 Brett in his Worldwide Pants jacket, which he got while working as a page at CBS, and a great polka dot scarf. 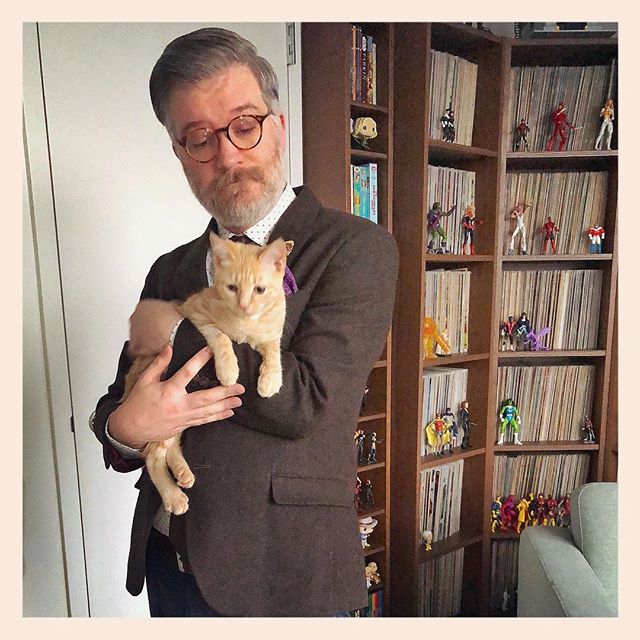 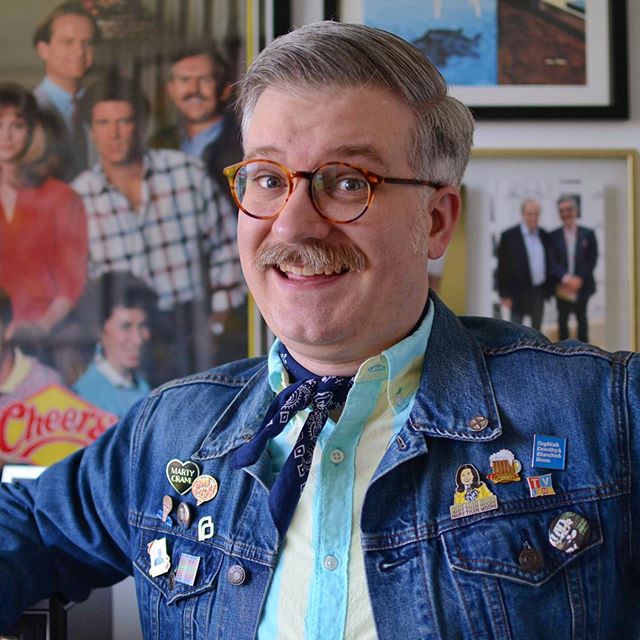