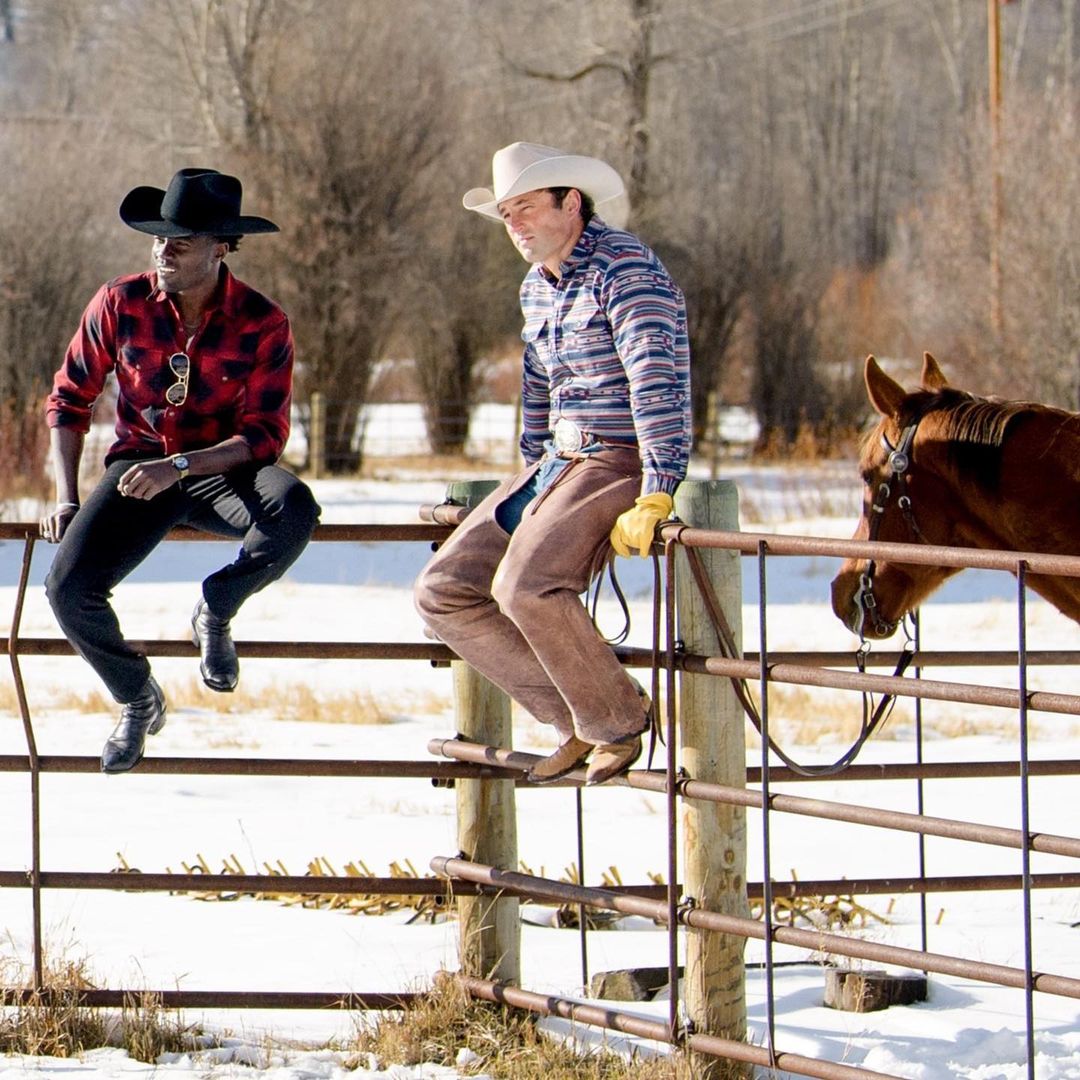 2021 has been an incredibly challenging year for everyone, and we wouldn’t have been able to get through it without the generous support of our sponsors. Every two weeks, we like to give them a special shoutout. Doing so allows us to thank them for their support, and update readers on our sponsors’ special happenings.

Proper Cloth is one of the few, if not only, online custom clothiers that focuses on both weekday and weekend wardrobes. They specialize in made-to-measure shirts, where you can have the perfect shirt made according to your body measurements or the measurements of your best-fitting shirt. Not unusual, especially if you live in a city with other custom tailoring operations. The thing that makes Proper Cloth special is their cloth selection. Along with the pinpoints and broadcloths that you might wear to the office, they also have brushed cotton flannels, low twist Japanese plaids, stretch corduroy, heavy oxford, and supremely soft Tencel-cotton pique knits. You can use these to make your traditional button-up shirts or slightly more casual styles such as snap-button Westerners and long-sleeve polos. Proper Cloth also has a perfect fit guarantee, which means they’ll remake your shirt if it doesn’t fit.

Along with shirts, they also have suits, sport coats, trousers, sweaters, and accessories. In their trouser section right now, you can find casual winter pants made from sturdy materials such as moleskin, stretch corduroy, and heavy cotton. Proper Cloth offers five fits, ranging from slim to athletic, and nearly every size imaginable. For off-duty days, you can pair these with one of Proper Cloth’s sweaters, such as their speckled Arans made to look like the Donegal tweeds that hail from Ireland. 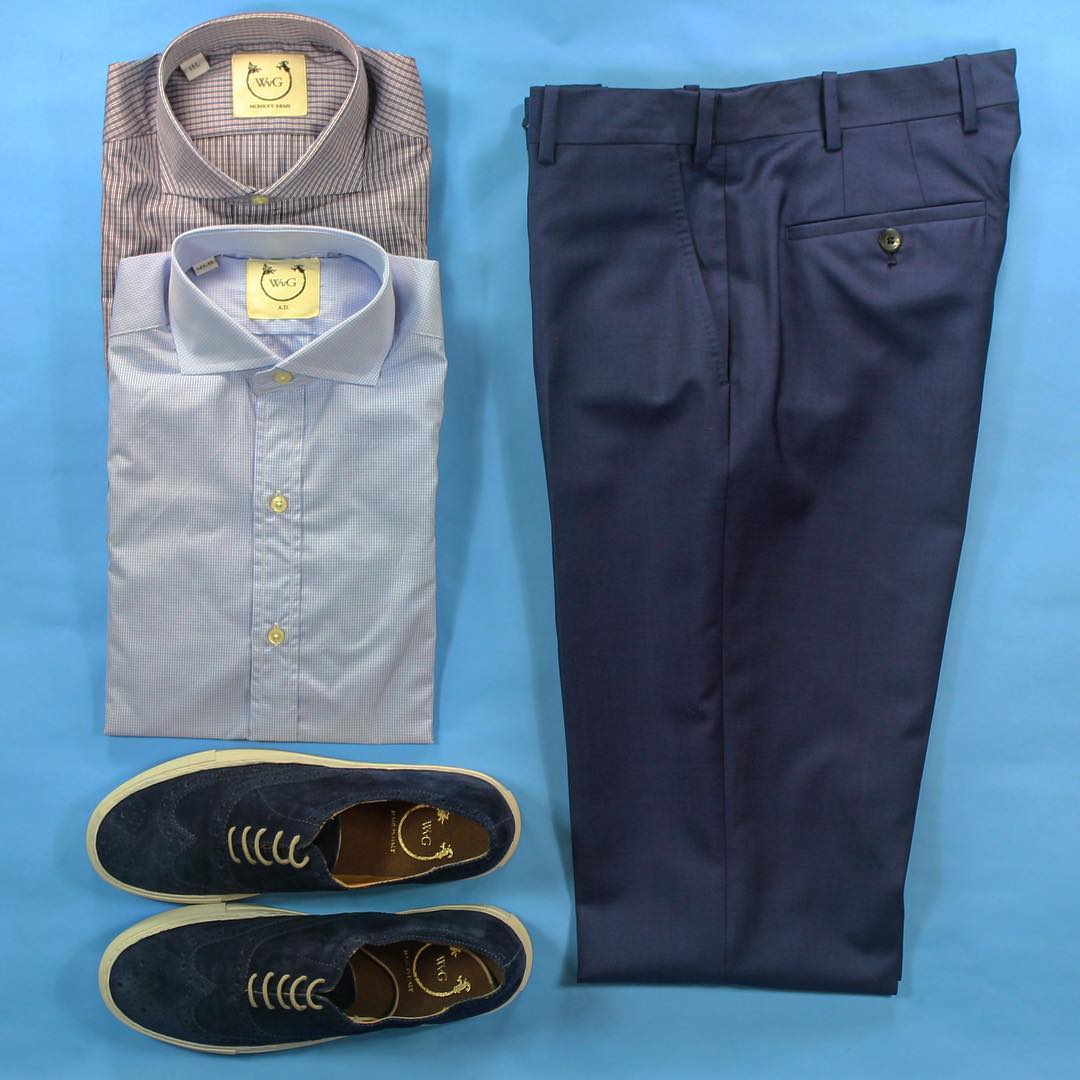 For people who have been paying attention to men’s style for a while, many will have grown up reading blogs such as A Continous Lean, Permanent Style, and (hopefully) Put This On. These sites shaved readers from legacy sites such as Esquire and GQ. At the time, there was a growing movement of men’s style aficionados who wanted more from their media. They didn’t just want to know how celebrities dressed — they wanted to know about garment construction, clothing quality, and how to spot value. Consequently, a lot of microbrands also popped up to serve this growing community.

Wolf vs. Goat was one of those brands. Founded in 2009 by Mauro Farinelli, it’s an under-the-radar label with a cult following (even its own dedicated subreddit). Farinelli is obsessive about garment construction, factories, fabrics, and how to bring the best possible value to his customers. He produces clothes in Italy and the United States, and the retail prices are unbelievably low for the garment construction — almost wholesale level — and made better through their Rewards Program, which allows you to get 50% off all non-sale purchases when you pay a one-time fee of $25. People who have been following menswear for a while will be sure to have heard of the label. Wolf vs. Goat does the kind of transparent, value-focused menswear that a lot of guys care about.

Much of what you’ll find here are the building blocks of a wardrobe: button-down shirts, wool cardigans, cashmere scarves, sweatshirts, and summer-ready tees (made more interesting here through an unusual bamboo-Sonora fabric). Over in their sale section, you can find silk-linen polos for $85, cotton polos for $80, and linen shorts for $45. Their trousers, which are made in Italy from Super 150s wool, are just $95 (discounted from $375). The fabric is soft and silky, woven in Italy by Vitale Barberis Canonico, one of the more respected mills in the world and one that supplies various bespoke tailoring houses. Just double-check measurements, as all sale items are final. 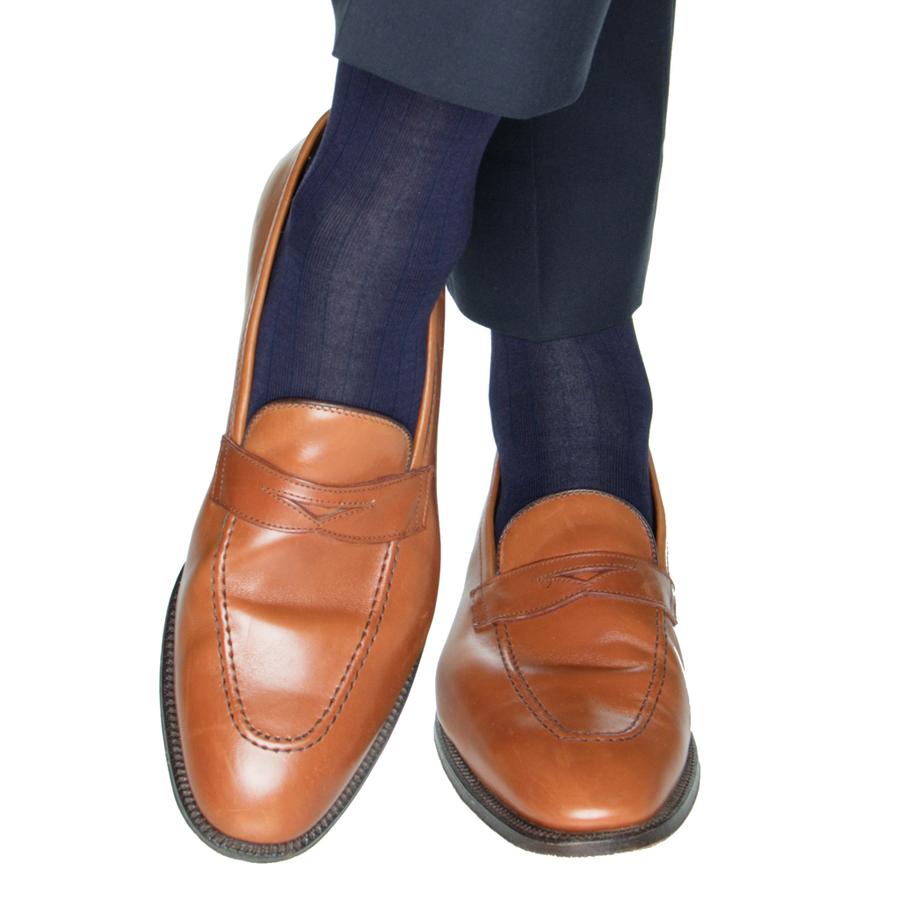 Dapper Classic is waving out the year with a special promotion. At the moment, you can take 25% off any purchase with the checkout code BYE2021.

The promotion applies to their popular line of trousers. Made in Massachusetts by the Hertling company, these come in staple fabrics such as wool flannel, linen, brushed cotton, and Fresco (a high-twist, breathable tropical wool designed for summer). With the promotion, select trousers come down to just $85. You can also use their code to get a pair of socks, which are knitted in North Carolina at a third-generation family-owned mill. Produced from silky cottons and fine wool yarns, these come with hand-linked toes for improved comfort. If you don’t yet already have some solid navy wool over-the-calf socks, get at least five or six pairs. They will literally go with any pair of tailored trousers. With the code, you can get a pair for just under $19. 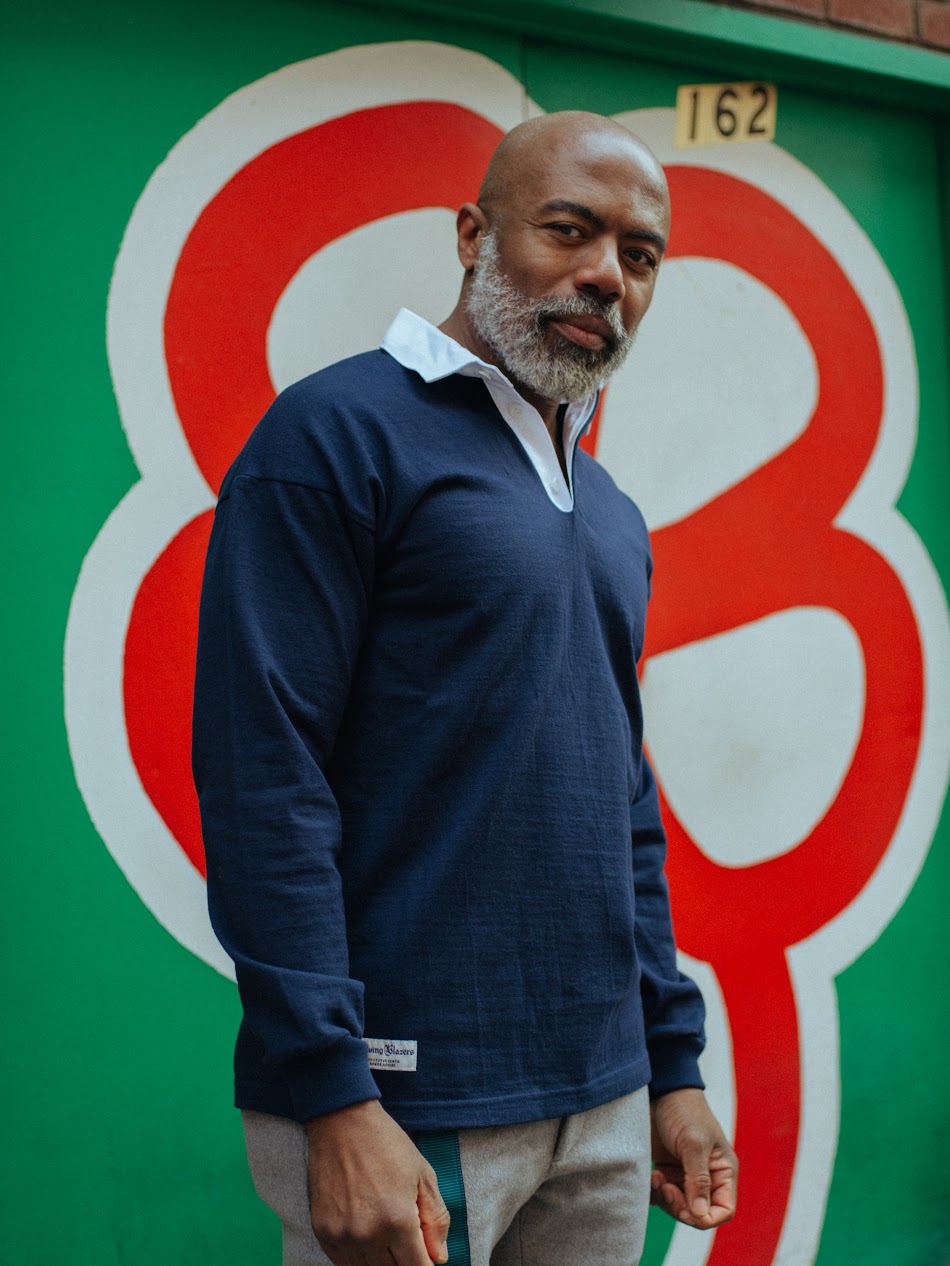 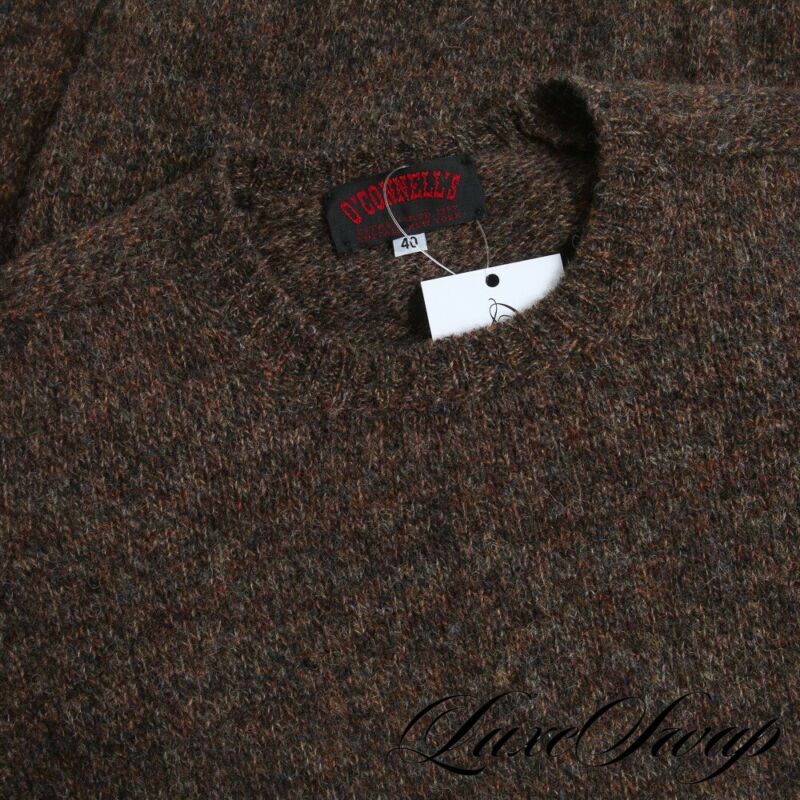 Every Thursday, LuxeSwap posts hundreds of new menswear auctions on eBay. Since LuxeSwap founder Matthew Ruiz is a seasoned thrifter and menswear veteran, he’s able to spot top-of-the-line items. However, unlike other “curated” vintage shops, everything is sold through auction — almost always at a starting price of $9.99. That means you get the curated selection of top-end vintage stores but the value proposition of Goodwill.

In recent years, LuxeSwap has become popular with No Man Walks Alone and Epaulet’s customers, partly because they have a special trade-in program where consignors can get store credit in exchange for selling their least-worn clothes. For LuxeSwap’s customers, this means you can get clothes from some of the internet’s more discerning shoppers. Keen-eyed readers will spot some beloved brands in this week’s LuxeSwap offerings. There are G. Inglese shirts, Edward Green shoes, Epaulet chore coats and pants, O’Connell’s Shetlands, Lemaire sweaters, 18 East cargo pants, and Ring Jacket tailoring. As always, you can use the search term #1 Menswear to find what Matthew thinks is the best.