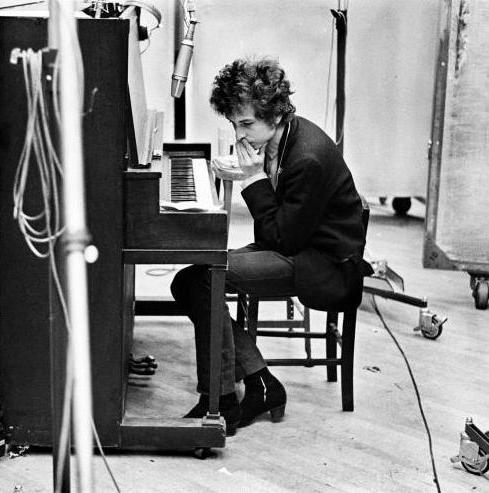 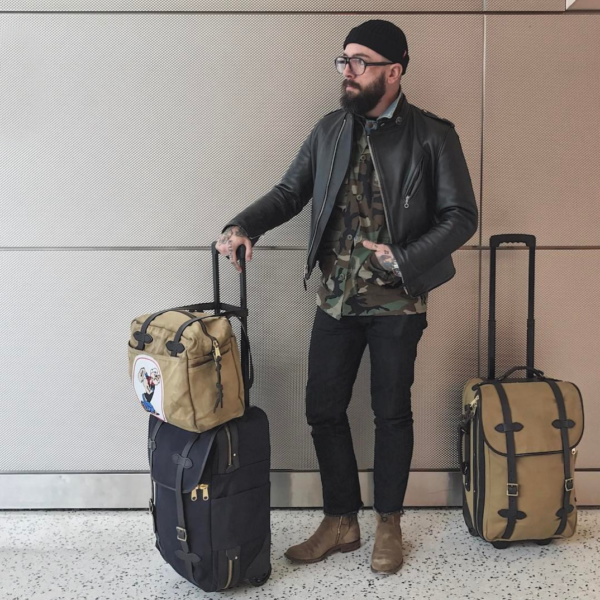 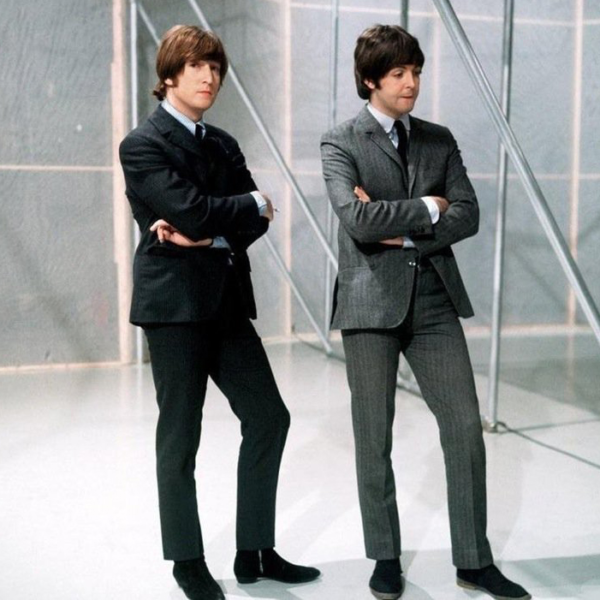 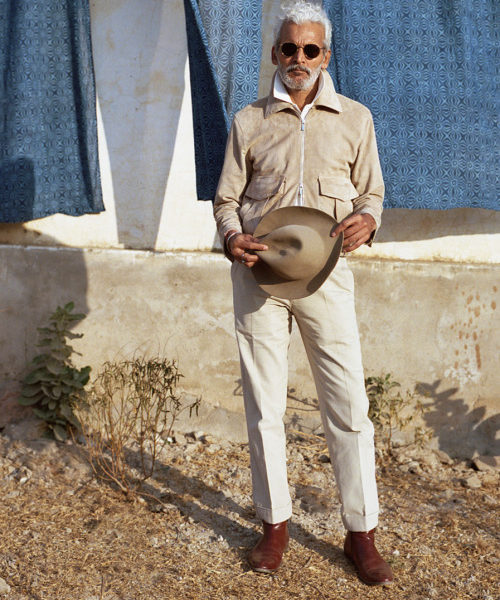 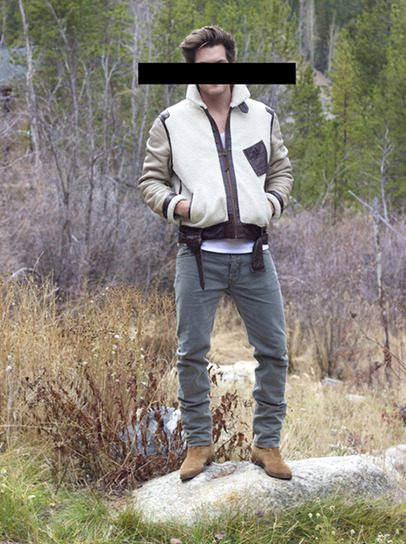 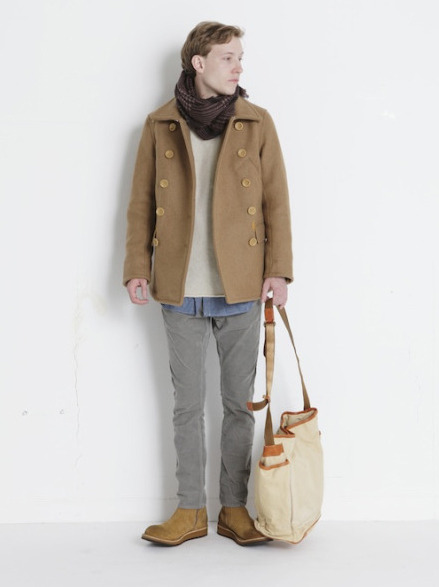 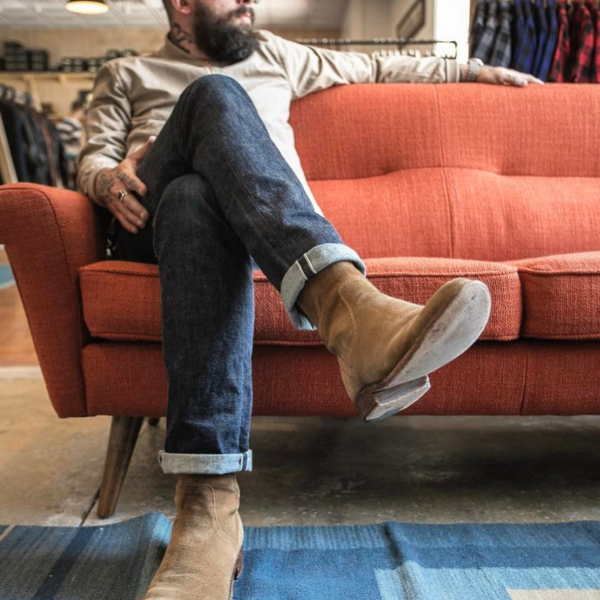 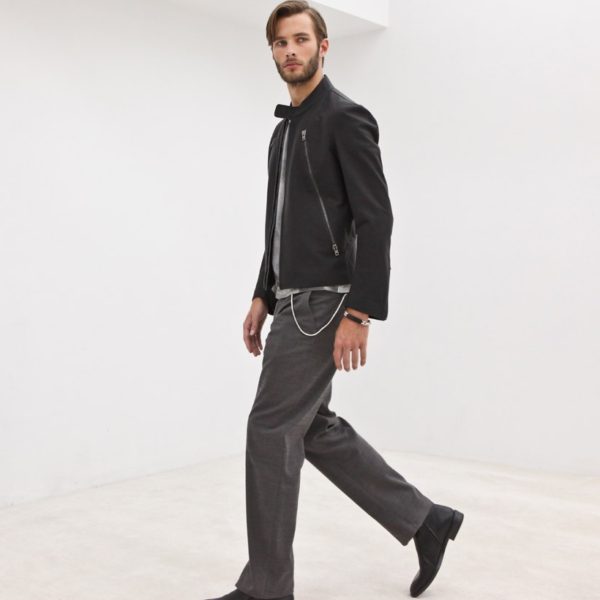 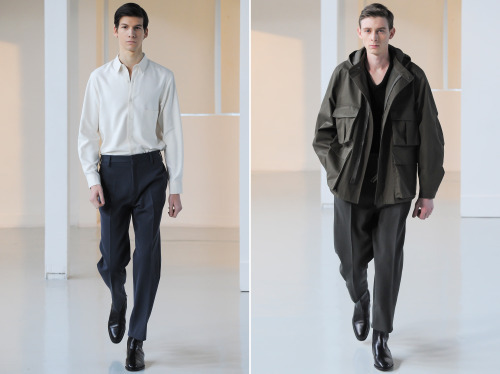 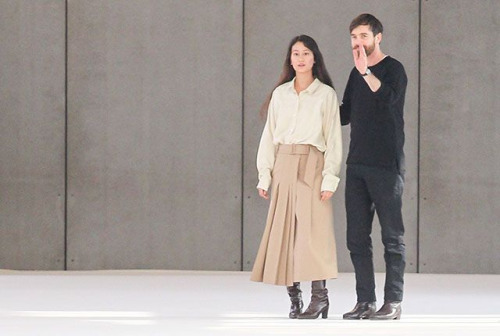 We generally stick to the classics here at Put This On, but side zips aren’t terribly hard to wear. And they look awesome.

They’re also not completely without precedent. Side zips – a boot style that’s defined by its zipper on the back or medial side – have been mainstays at traditional footwear companies for decades. French and Italian brands, such as Massaro and Sutor Mantellassi, have offered them ready-to-wear. The well-respected Edward Green used to sell a model called the Memphis. And English bespoke shoemaking firms – including stalwarts on London’s West End, such as John Lobb, Foster & Son, and G.J. Cleverley – have occasionally made them by hand for clients.

They’ve also become some of my go-to shoes for the last two years. If you’re looking to only get one boot, you’re probably better off with a pair of brown pebble grain or suede chukkas. Depending on your wardrobe, however, side zips can be a little edgier – both figuratively and literally.

The thing that makes side zips so useful is also the thing that can make them confusing to wear. They straddle the line in terms of formality. The clean, minimalist lines make them feel refined like Chelseas, while the front panels are often cut in a way that’s reminiscent of a Western roper. Side zips are more causal than derbies; more contemporary than chukkas; and more refined than work boots.

For this reason, side zips can be a nice way to add an interesting and unexpected element in an outfit. In the past, men such as John Lennon, Paul McCartney, and Bob Dylan have paired Cuban-heeled side zips with everything from grey suits to trim sport coats (see above). Ben Neuhaus and Jasper Lipton, on the other hand, show how the style can be teamed with more rugged leather jackets for a casual look. Similarly, brands such as Stoffa, Lemaire, and Margiela demonstrate how you can use side zips with contemporary, minimalist clothes – from sleek outerwear to just a pair of trim, tapered trousers and a button-up.

Generally speaking, you can use side zips any time you’d wear a Chelsea. Chunkier, round toe models can be worn with workwear ensembles, while sleeker designs are good with topcoats and trim trousers. And while there are some side zips that look like traditional lace-up boots (which more often go wrong than they go right), I favor the simpler, pared down designs you see below. They just look less fussy.

When shopping for a pair, pay attention to the color and material (black will feel more chic, while brown leans traditional). And while a double leather sole will be standard, higher or lower profiles can be good for directional looks (lower profile can feel futuristic; higher profile with a Cuban heel can seem ‘70s). Lastly, an exposed zipper will make the boots feel relatively more rugged, while a concealed zipper will look discrete.

Maison Margiela (~$500 – $1,075): Margiela makes some of my favorites in this genre. Before their current Creative Director, John Galliano, came aboard, most of the company’s side zips had a low profile. You can still find those on eBay and Yoox, although most of the models they sell today feature a higher, Cuban heel, tall shaft, and a blocky toe (see these Campus boots). Buyer beware: like a lot of designer label shoes, these aren’t the best made. Expect smoother leathers to be plasticky top-grains and the soles to be glued-on. I love my Margiela side zips, but you’re mostly buying into a look.

Buttero ($286): Buttero is one of the few companies making contemporary styled, casual footwear, but in methods that traditionalists appreciate. These Brunello side zips, for example, are Blake-Rapid stitched and feature full-grain leather uppers. In other words, they’re just as well-made as your best Italian footwear. The moderate heel height and almond-shaped toe also makes these a bit more versatile than their Margiela counterparts.

Lucchese ($795): Lucchese is an old, American cowboy boot manufacturer, but they also produce these handsome side-zips at their Texas factory. They’re re-craftable, when the time comes, and available in dozens of materials (three stock, but plenty more through the company’s made-to-order program). Many of the smooth leathers here leave a lot to be desired, but I like the suedes. Available at Cowboy Chief and Snake Oil Provisions. Ben, the owner of Snake Oil Provisions, has a bunch of cool outfits on his Instagram with these boots.

Kapital (~$650): For a truer workwear style, Kapital has these “naval supply” boots, which come in a heavier, rounder silhouette. The leather and canvas here have been overdyed in a special mixture of persimmon juice and natural tannins, which allows the leather to age quickly and uniquely. After a few dozen wears, the leather will start to reveal the mélange of browns sitting beneath the surface. These are unfortunately hard to find, but sometimes Kapital restocks the style on their site. Your best bet is to proxy buy them through Jon at Bandana Almanac, who lives in Japan.

Barbanera ($638): A much more rock ‘n roll look, maybe in the spirit of Saint Laurent (but considerably less obnoxious). Moderately high shaft, sleek toe, and Cuban heel. These feel like something Iggy Pop would have worn in his youth. Barbanera makes these in bunch of different leathers, but I prefer the suede plain toes. Wear these with stacked, skinny jeans.

Nonnative ($830): These side zips are made by Officine Creative for Nonnative, who in turn made them as part of a collaboration with Rags McGregor (lots of collab’ing here). I love the chunkier, slightly cheeky style, but being that you can only get them direct through Coverchord – a store in Japan – they can be a bit of a gamble. For what it’s worth, Styleforum editor Jasper Lipton, who owns an older season of this model, say they run big. So, consider sizing down. Alternatively, you can check Officine Creative, who also makes side zips for their own line. I really like this season’s “tornado” style. They look easier to wear than similarly styled boots from Carol Christian Poell.

Noah ($186): If you’re vegan and feel like you’re missing out, behold! By the power of Google, I’ve found vegan side zips. Unfortunately, I don’t know anything about the company or the quality of their shoes, although I assume the “suedes” will age better than the smoother “leathers” (as usual for non-full-grain leathers). They also have vegan Timbs, if you like black Timbs and black hoodies, but also really love cows.