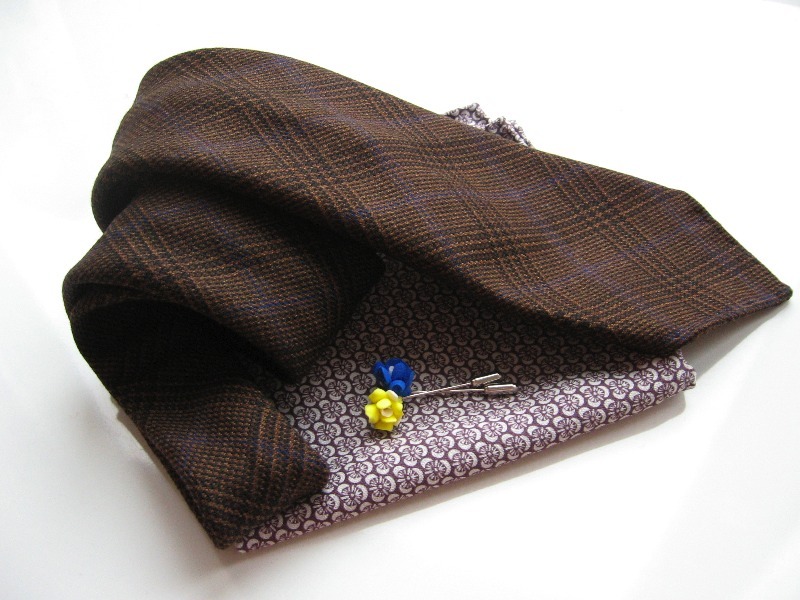 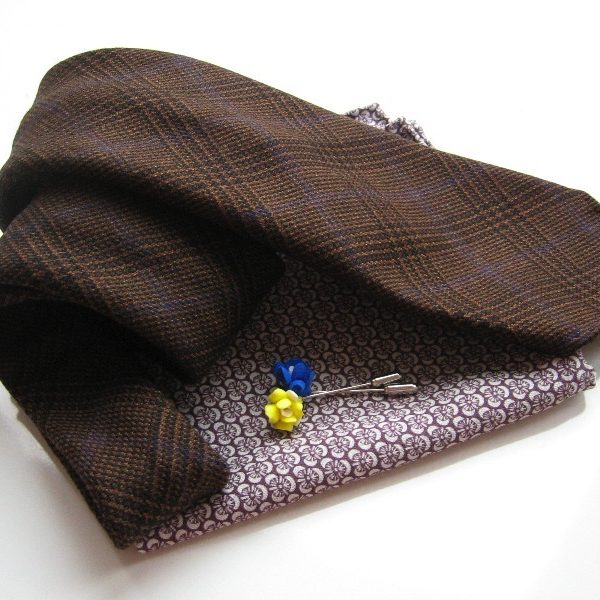 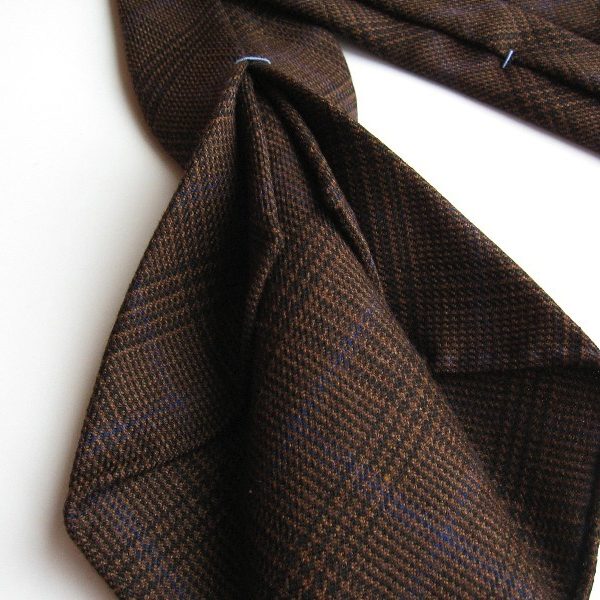 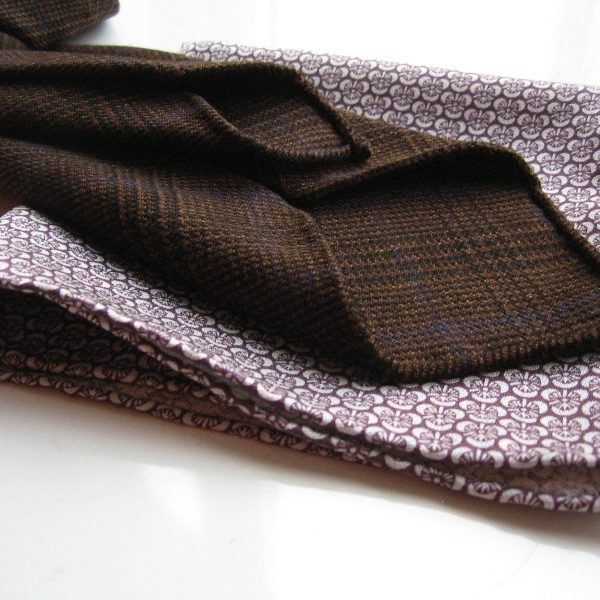 I received a special package last week containing an order from Vanda Fine Clothing. Inside was a selection of items from their first official production run – a brown wool necktie, Japanese kimono silk pocket square, and two orchid lapel pins in my university colors. The pocket square and lapel pins are really nice, but the showpiece for me was the tie. It’s a six-fold, unlined necktie made from an English, Huddersfield wool. It has a dark brown glen plaid pattern with a faint blue overcheck, and it goes wonderfully with my grey flannel sport coat or navy blazer.

Since Vanda’s ties are all either unlined or made with just a light interlining, they drape and knot very uniquely. Hardy Amies once said that “Good design and making of clothes must always honour cloth; must disturb cloth as little and possible … Undisturbed cloth makes the wearer appear at ease and is pleasing to the eye of the viewer.”  Vanda’s ties strike me as very much “honoring cloth.” Their silk ties feel lighter and airier than other silk ties on the market, and their wools have more heft and drape. The edges aren’t pressed, so they naturally roll, as you can see above and on their website. The result is a very unique tie that indeed feels more at ease.

Granted, an unlined tie isn’t for everyone, but if you’re an enthusiast for this kind of stuff, you’d be remiss to not try it at least once. I’m already looking forward to my next order.