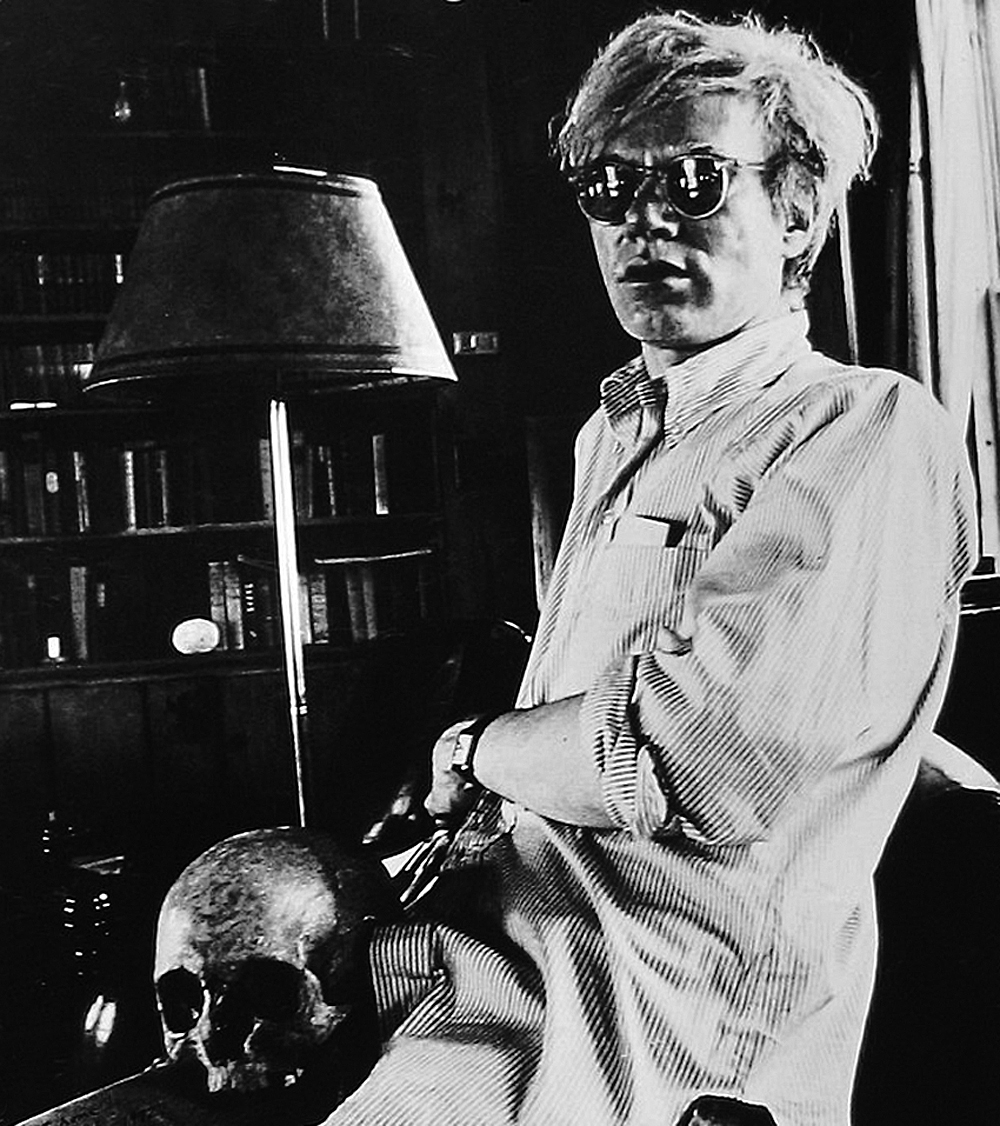 Sometimes marketing is convincing people you can solve their problems, and sometimes it’s convincing them they have a problem to solve in the first place. For decades, men have pulled the tails of their shirts out of their waistbands and let them hang. As comedian Jim Gaffigan said, “You might see a guy with his shirt untucked and think ‘Oh, was he in a hurry?’”

As we’ve long documented, professional dress codes are more and more relaxed. I’d say your average business casual code still expects a shirt tucked into pants, but that’s not universal. And while a dress shirt tucked into a pair of jeans has pretty much been the dad-casual fit of choice for most of my life, I’m acknowledging that in 2020, if you’re going to wear a traditional, collared, button-front, woven cotton shirt casually, it’s likely not going to be tucked in. Only in the last few years did we become convinced that this move required an entirely new kind of shirt.

Is Tucking Your Shirt Still the Standard?

Our shirts have long been designed for a world that expects them to remain tucked in — expectations have changed, and our shirts haven’t (or at least hadn’t sold themselves as different). The average collared shirt assumes you WANT long-ish shirt tails, so you can tuck them into your pants and move freely with the knowledge that your shirttail won’t pull out of your waistband and expose skin or undergarments.

That’s why a company like UntuckIt has struck a chord with men — we’ve been made self conscious that our flowing tails are out of style, and offered a shorter shirt. So the question is: does this require you to buy two separate shirt wardrobes, one with tails long enough to remain tucked in and one with the same design, but differently proportioned?

The short answer is you don’t need to buy new shirts, but that you likely already naturally separate dress shirts from casual shirts. But it’s a little more complicated than that. I talked with Carl Goldberg of CEGO Custom Shirtmaker in New York, Cameron Colaneri at J. Crew, and Paul Beirne, Head of Customer Experience at Proper Cloth.

First of all, while it’s tempting to consider the shirt entirely on its own, how it looks will depend on its harmony with the rest of what you’re wearing, and most importantly, pants. Goldberg acknowledged that he cuts shirts a bit differently if he knows a client plans to wear them untucked. “An untucked shirt should hit mid zipper,” said Goldberg, “But pants are cut lower today than they have been at any point since the 1970s.” So mid-zipper means something different depending on the rise and cut of your pants. And the length of a mid-zipper shirt will depend on the height of the wearer.

Goldberg continued, “I usually cut [an untucked shirt]  2-2.5″ shorter than a dress shirt. I often fill in a bit of the side scoop on the tail.” Shortening the sides as much as the tails would make it ride up too high on the sides (if you wore Band of Outsiders oxfords around 2010, you know the feeling–they may have been the original untuckits).

Are We Buying Untucked Shirts?

All three said guys these days are indeed looking for shirts specifically to wear untucked. Said Colaneri, “We’ve seen [the untucked cut] serve a few different customers: taller guys wanting a shirt to fall a bit higher than our standard length and shorter guys who have had trouble finding shirts that they can wear untucked.” The Crew adjusted the overall cut in designing their untucked versions; Colaneri told me their untucked fit is 1 1/4″ shorter in the body and 1″ shorter in sleeves than the classic/slim versions. She said customers are broadly not replacing their existing shirts with untucked shirts, but trying them in addition to their usual. 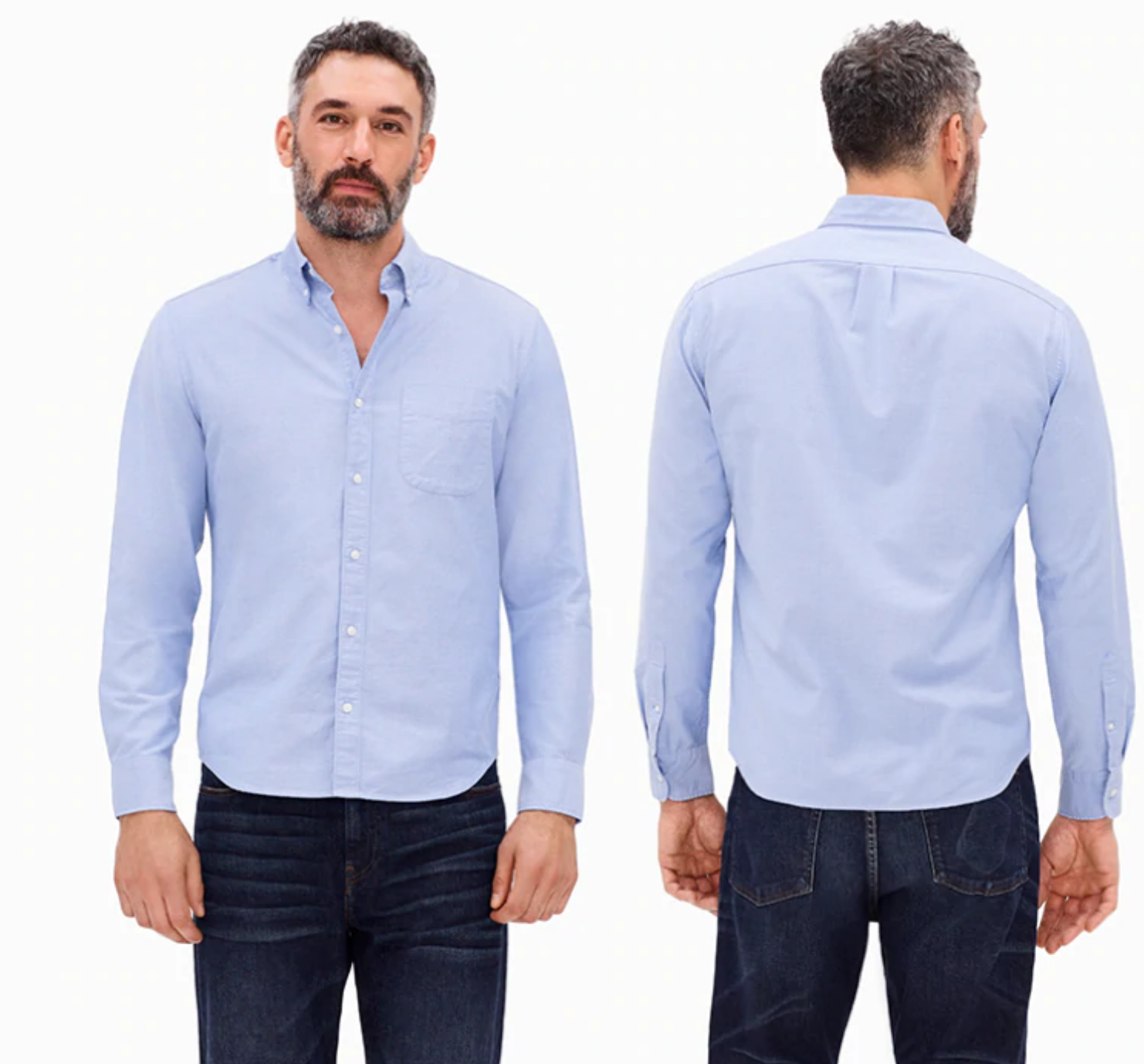 J. Crew’s untucked model, which is a bit shorter in the sleeves and hem than their standard.

Beirne said their customers usually come in looking for a true dress shirt — formal fabric, intended to be tucked in on occasions that require it. Proper Cloth adjusted their algorithm awhile back to derive different sizes from their online intake quiz, though: one for formal shirts, and more for casual/untucked and short sleeve/untucked shirts. Paul’s responsible for familiarizing their customer service team with how men’s shirts should fit, and he agreed that mid-zipper is a useful rule of thumb. “Any shorter, you lift your arms and your stomach’s out, and any longer, you’re gonna look like you just pulled your shirt out of your suit pants.”

Cut and Fabric, Not Just Length

The fabric also plays a role in how a shirt will look and even how it will fit. According to Beirne, “Shinier fabrics are more formal, or at least signify formal to others. Flannel, oxford, denim, chambray — they’re more likely to be casual. Pinpoint oxford could do both: you can make it into a formal shirt, but it makes a pretty good knocking-around casual shirt, too.” 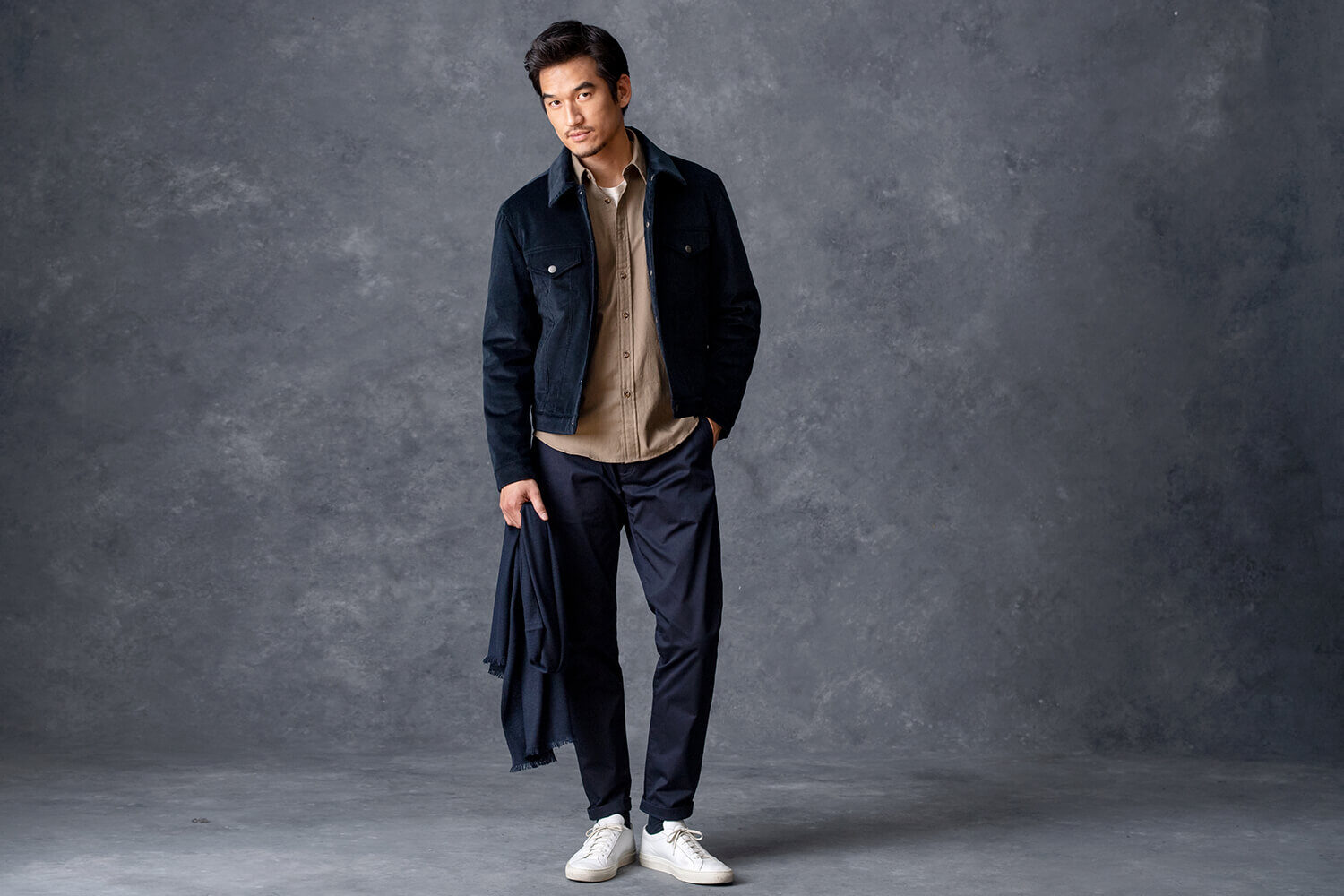 A casual shirt in corduroy from Proper Cloth.

A shirt meant to be worn untucked “should not be of a fabric that is used for dress shirts, unless it has been washed to look old, says Goldberg. “The best untucked shirts have a little weight to them so they hang nicely.”

Lastly, while the last decade saw men looking for exceedingly slim dress shirts, more casual shirts benefit from a little extra room in the body. Said Beirne, “For an untucked shirt, you want a looser, straighter drape to the hips.”

For most guys, then, which shirts will be worn tucked or untucked is a bit of an “I know it when I see it” decision, set less by the length of the shirt and more by the nature of the shirt and its intended setting. A shirt with a stiffer collar in a fine white fabric is a dress shirt, and just feels right with a tie and jacket. A shirt in soft, heavy flannel is at home with other rougher, heavy fabrics, and will feel more comfortable tails out.

And then there are straight hem shirts, often with warm-weather-region roots. Goldberg reserves that cut for specific casual shirts. “Square bottom untucked shirts have been around from at least the late 40s. I like them, but only with a camp collar.” Beirne told me that Proper Cloth has been working on a new, straight hem cut, and plans to offer such shirts this spring. “We have some rayon, viscose, Tencel, some Hawaiian fabrics,” and they look best in a straight hem cut, “a little shorter than the mid-zipper length.”

To me, the ideal casual, untucked shirt remains the same as the ideal casual dress shirt: the oxford cloth button down. I admit my oxfords, which are all bought off the rack or vintage, not custom, are probably an inch beyond mid-zipper, but that’s true to the low-care, the wrinkle-embracing spirit of the oxford.

(Note: Proper Cloth is a sponsor on this site, but this isn’t a sponsored post. Our editorial policies are pretty clear.)