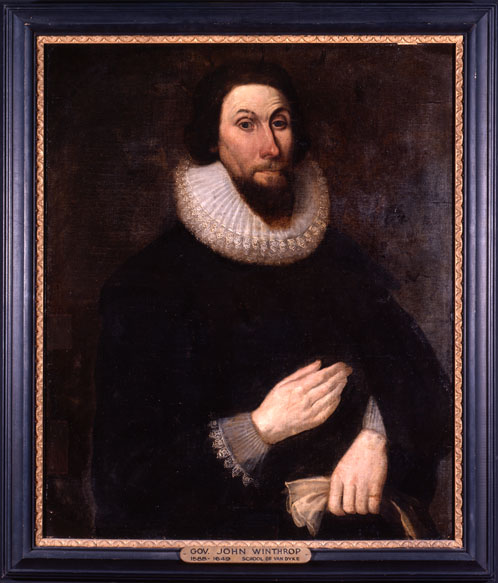 When I was in college, I bought a pair of chunky square toe shoes  (that were probably Prada knockoffs although I was unaware of that at the time). They marked a bit of a risk for me — my footwear rotation consisted of Bass Weejuns, Timberland moccs, or retro sneakers. I wore them to a party (I think the theme was “beer”) and they stuck out like a sore thumb: too self-consciously cosmopolitan, dressy, pretentious. From then on they were designated “Pete’s pilgrim shoes” and were worn only when I visited more tolerant social climates.

So I’m here today to say: guys, you were wrong. The pilgrims did not wear black, square toe shoes. According to historian David Hackett Fischer in Albion’s Seed, his exploration of how colonial British culture influenced American culture, black shoes would have been too flashy for the pilgrims. Much like they were too flashy for a kegger at a liberal arts college in the early 2000s.

“With a few exceptions, [the Puritans] avoided black — not because it was too plain for their tastes, but because it was not plain enough. Even this strong color was thought to be pretentious in the general population.” 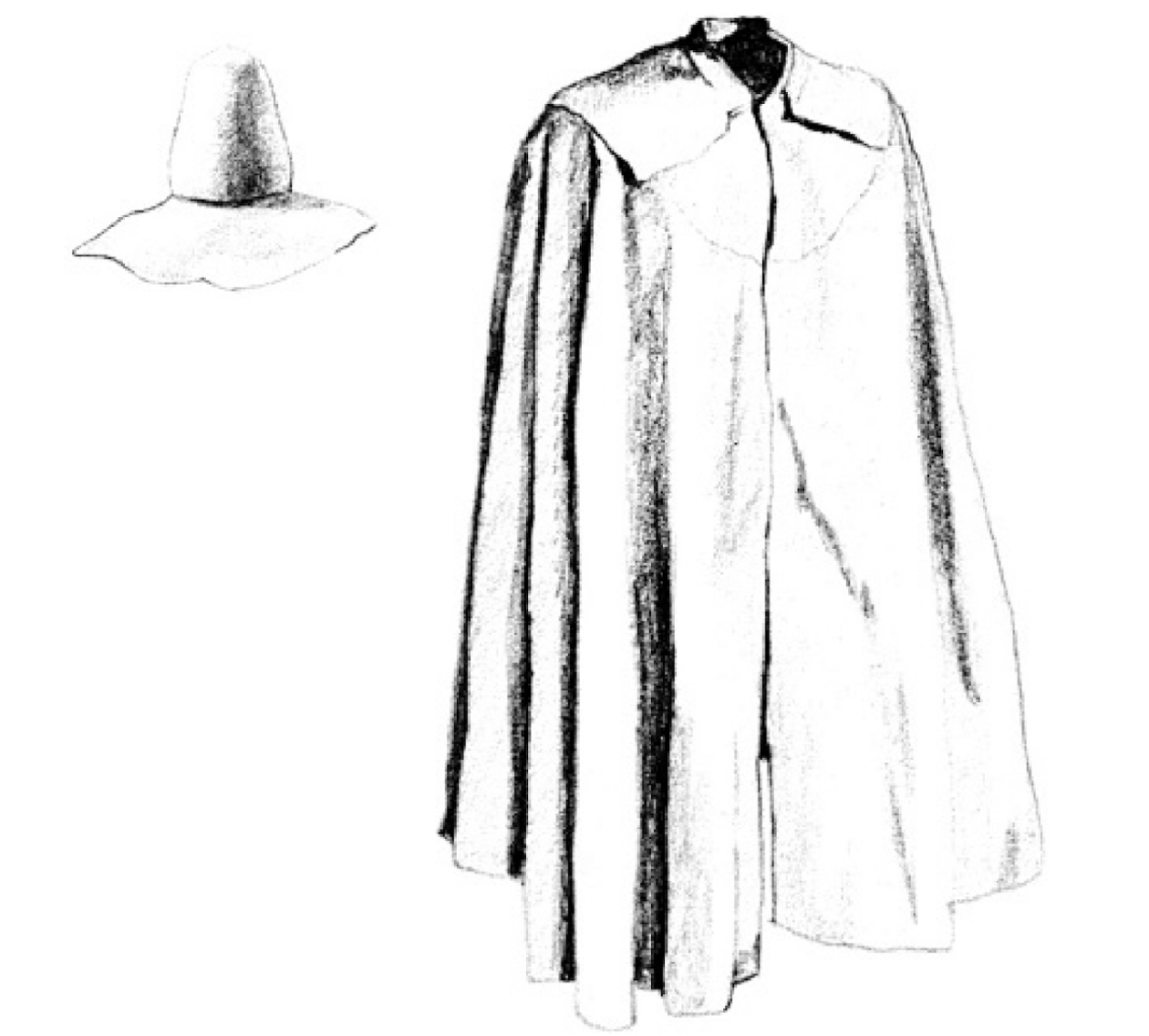 Typical pilgrim dress would have included a beaver felt hat and a full length cloak in a “sadd color.”

The people of the Massachusetts Bay Colony preferred “sadd colors,” a 1638 list of which sounds like a J. Crew fall catalog: tawney, russet, purple, French green, ginger lyne, deer colour, orange. According to Fischer, “Specially favored was russet, and a color called philly mort from the French feuille morte (“dead leaf”).” Some of those colors sound almost rich, but the community had strict laws against any showiness. Certain lace decoration, cloth, and even short sleeves were punishable offenses, as they didn’t reflect well on the Puritan community’s relationship with God.

John Winthrop, pictured above, was Governor of the Colony, and as a community leader was permitted to wear black. This painting dates from around 1629, less than a decade after the 1621 feast that inspired the modern Thanksgiving holiday. Consider that around the same time, guys were walking around mainland Europe decked out like this cavalier asshole: 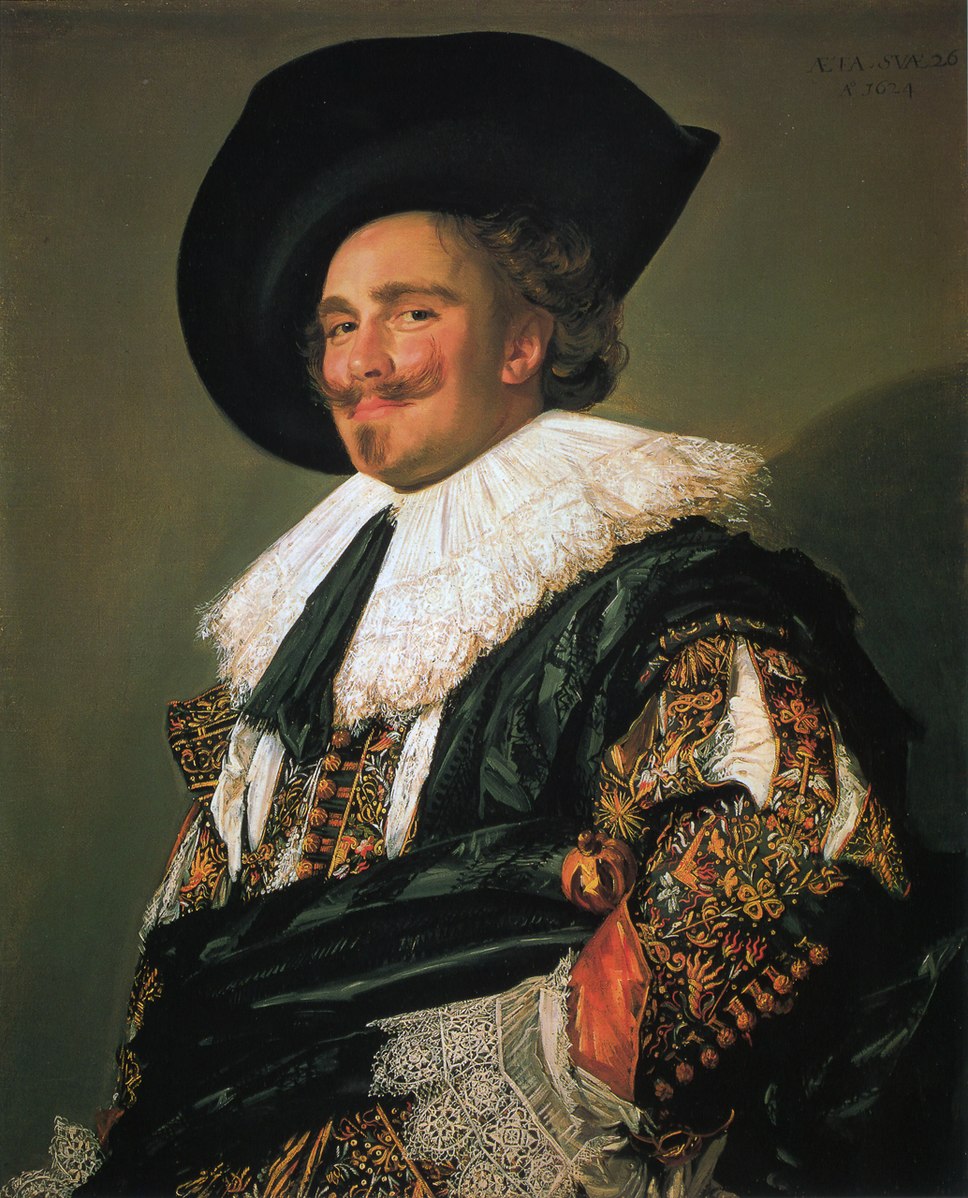 TFW you cop your grail ruff

Fischer makes the case that the colonists initial taste for dark, modest colors, and consideration of luxury as literally sinful, persists in American clothing culture, particularly in New England.

“…the descendants of the Puritans still wear suits of slate-grey and philly-mort… In the older universities of Massachusetts, Rhode Island, and New Hampshire, scholars and athletes do not appear in colors such as Princeton’s gaudy orange or Oxford’s brilliant blues and reds. The color of Harvard is a dreary off-purple euphemistically called crimson… Dartmouth prefers a gloomy forest-green.”

The colors of my own alma mater (not an Ivy) were burgundy and black, and clearly campus culture did not tolerate black, square toe shoes.