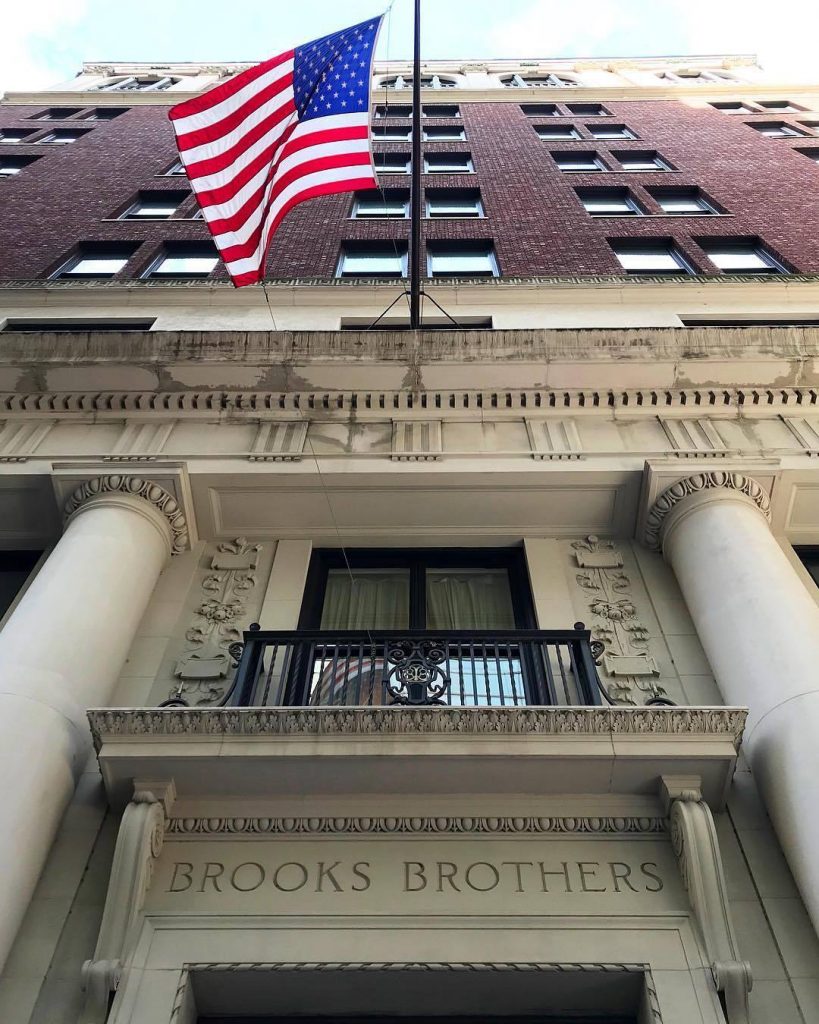 Brooks Brothers may have a future, but it’s likely not OCBDs and Aldens in every mall in America.

The past year has been cataclysmic for stores and brands that once seemed unsinkable. Barneys, J. Crew, and, in July, Brooks Brothers (not to mention Joseph A. Bank and Men’s Wearhouse), all filed for bankruptcy protection. For the people who shop at these stores, bankruptcy doesn’t necessarily mean closed doors, but it’s not a good sign — generally reaching the point of bankruptcy means whatever course the business was steering was the wrong one for the time.

Brooks Brothers serves as a convenient example of how hard it is to turn a big 20th-century brand into a successful one in 2020. As Derek wrote when he broke the Brooks news,

When we think of the problems that plague the fashion industry, Brooks Brothers neatly sits at the intersection of many of them. With about 250 stores and outlets in the United States, they’ve been particularly vulnerable to rising rents and the general decline of brick-and-mortar sales. Meanwhile, as men have started to dress more casually, they’ve only ever turned to Brooks Brothers for non-iron shirts and flat-front chinos. Such items don’t earn the company as much money as tailored suits and sport coats. Worst of all, they’re treated as commodities — totally interchangeable like white t-shirts and green apples — which makes them ripe for comparison shopping and discount hunting. Brooks Brothers’ forays into high fashion and casualwear haven’t been successful enough to save the brand, either.

Derek pointed out that the future of Brooks Brothers, a company credited with concepts as significant as ready-to-wear suits and as specific as argyle socks, rests with whoever buys Brooks out of bankruptcy, and that picture got clearer this week. A joint venture of Authentic Brands Group and Simon Property Group bid $325 million for the brand this week, and pending court approval, that will win it. What that bodes for your next repp tie is not yet totally clear, but a retrenchment seems likely.

In an investor call, David Simon, CEO of SPG, the largest shopping mall operator in the country, talked briefly about the potential Brooks deal. He said the team of ABG and SPG (together known as SPARC) would be buying Brooks Brothers inventory at or below cost (but is it an extra 15% off?), and buying the intellectual property at attractive values. He also said that each store would undergo a “four-wall EBITDA” — a type of analysis that determines the profitability specific to a retail location. According to Simon, the group would look at each store and be able to reject leases that do not meet its criteria, meaning Brooks could potentially get out of unprofitable locations that were dragging it down, as Brooks executives had previously stated. That all seems to spell more closed stores, in addition to the 50 stores Brooks already closed this year. 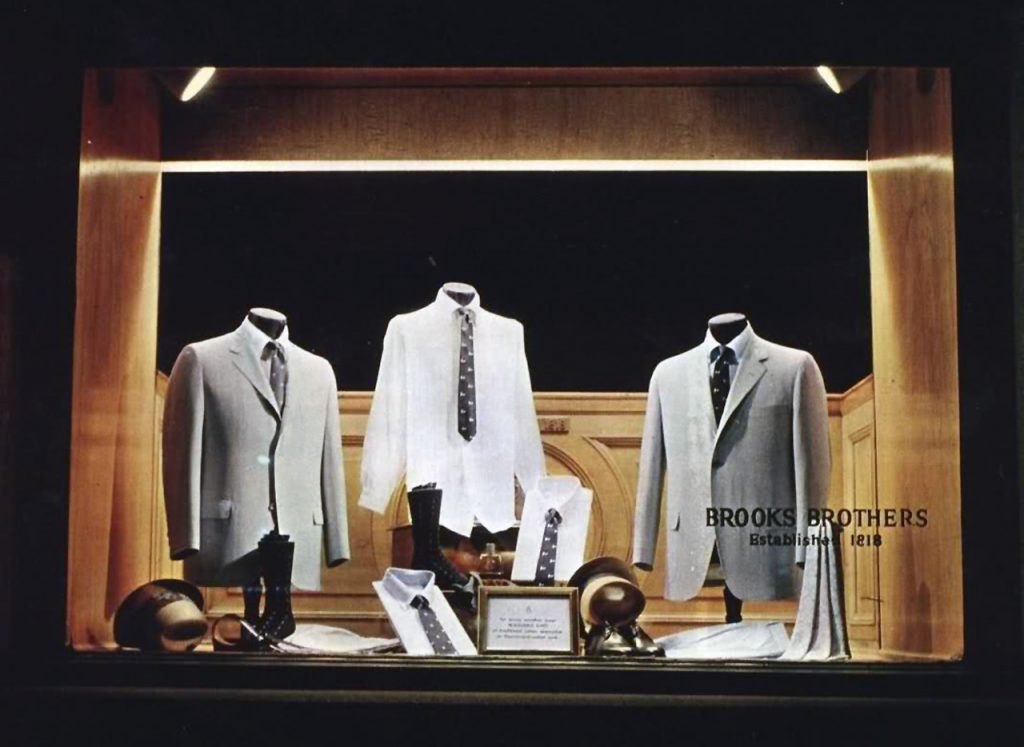 You may recognize ABG as the company that bought Barneys last year after that company’s bankruptcy. ABG (backed by private equity, including BlackRock LTPC) owns a lot of brands you once knew and loved — Barneys, former tailoring stalwart labels Hickey Freeman and Hart Schaffner and Marx, but also Nautica, Airwalk, Volcom, and Vision Streetwear (maybe they’re talking to Kanye), as well as mall regulars like Aeropostale and Forever21. The good news — if you’re hopeful for Brooks — may be that ABG and the groups it partners with haven’t shuttered the brands they’ve bought. Depending on your perspective, those brands have either retreated (fewer locations, potentially narrower offerings) or been saved. You could argue that to be saved, these companies needed to retreat. It’s true that some of these labels (like Airwalk, once a groundbreaking skate shoe company) barely seem to exist now in the United States, but through licensing, branded goods are broadly available in other countries.

Longtime Brooks customers are often wistful for the Brooks Brothers of the past, but of course, the fleece always looks more golden in hindsight. The bankruptcy last month led to more than a few remembrances of the storied brand, which has been in business for 200 years and has marketed itself as “timeless” since 1939. But as much as menswear enthusiasts like to think they’ve graduated from “mall brands,” Brooks has been a mall brand since at least the 1980s, when it was acquired by Allied Stores. At that time, with 26 locations, Brooks was described as “a money-making machine” and “the Tiffany’s of the men’s wear business.”

After a series of expansions and acquisitions in the ’80s and ’90s, Brooks has for the last 20 years been owned by an Italian group headed by Claudio del Vecchio, son of the founder of eyewear giant Luxottica. During this period, Brooks, known as an outfitter of the American businessman, adapted to the great shift toward casual workplaces, and to the retail landscape, having gone from a New York store, to a specialty chain, to a mall store, to an outlet store. (Brooks has a lot of stores — before the closures, over 250 in the United States, about half outlet locations, plus stores in airports and 250 in other countries.) 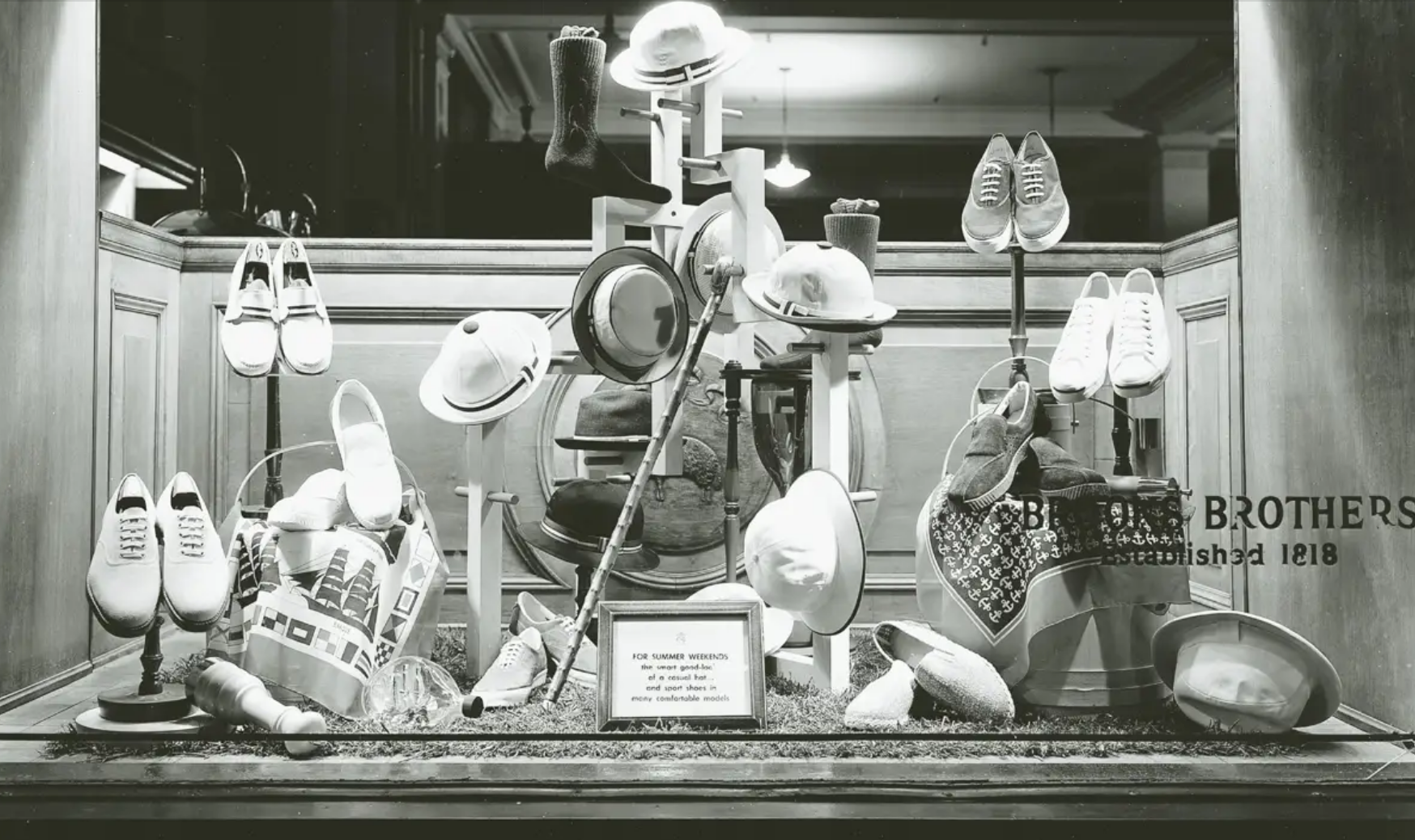 If your vision of Brooks Brothers is the one romanticized by people like me, one of classic, soft-shouldered American tailoring, ’60s campus style, British imports, and conservative business wear, you’ve seen most of your favorites fade from store shelves over the last 20 years (or more), anyway, well before the bankruptcy. For many, the final straw came last year when Brooks started selling more sleek Italian-made footwear rather than the Alden-made wingtips and loafers that were “the right shoes” for American men for decades.

A lot of the moves Brooks has made — closing its American factories, shifting away from tailoring — seem unlikely to be undone in the new era. It’s hard to argue that, from a business perspective, these aren’t the right moves. Fewer men need suits and ties than ever, and few men at all are ready to spend $500 on a pair of shoes. Brooks was once a niche brand, with its own manufacturing, able to leverage its elite image to compete with global brands like Ralph Lauren, who famously started his career at a Brooks Brothers tie counter. But the core of Brooks’s identity seems less relevant, and more niche, than ever. What the identity will become may now rest with the decisions of the company that also owns Tapout, Frederick’s of Hollywood, and Juicy Couture.