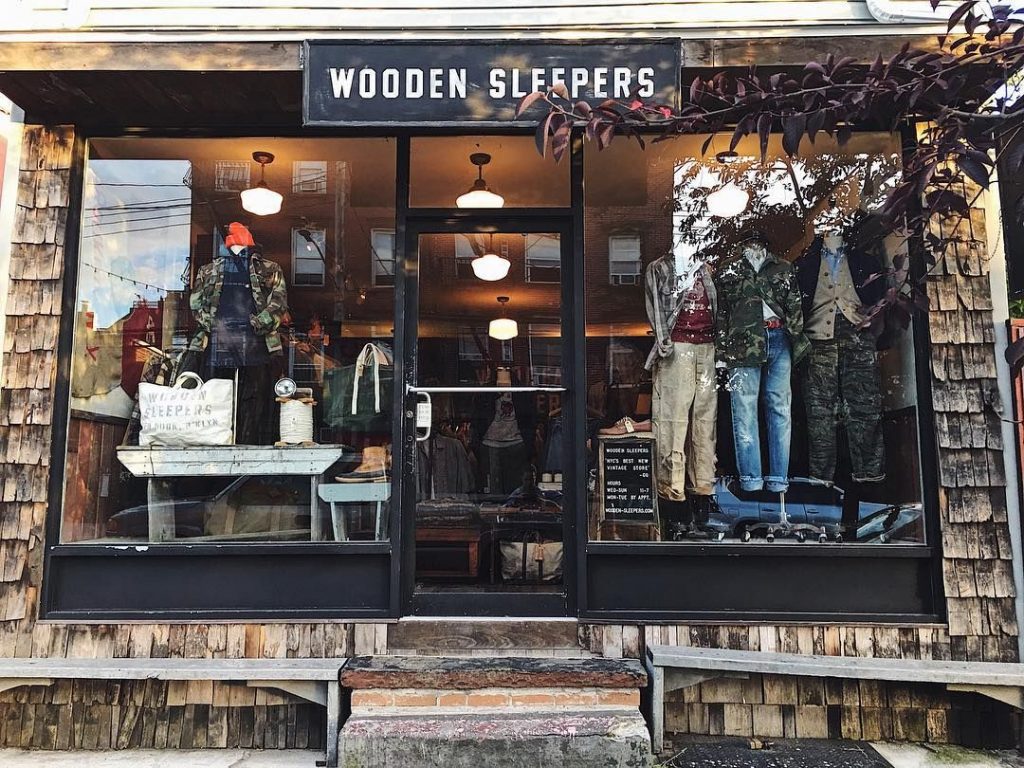 As the United States enters its second week of trying to contain the coronavirus pandemic, an estimated 100 million Americans are subject to stay-at-home orders. Shortly after the Bay Area imposed its quarantine last Monday, I received my first email from a store about how they’re temporarily closing for business. Then another came and another. I read the first dozen or two, but now admittedly skim, sometimes not reading at all. By now, your neighborhood probably looks something like mine. Most retailers in the United States and abroad have closed down. The once busy thoroughfare near my home is now ghostly quiet. The grocery store where I usually purchase food won’t allow anyone into their tiny store anymore. To buy anything, you have to text them your grocery list and wait for curbside delivery.

This has sparked a national discussion about what may be a coming economic recession — possibly even a depression. To be sure, there are good reasons to stay at home. Among governmental officials and leading health experts, there’s a consensus that the best way to address this is to contain people for some time, so we can slow the spread of the virus and not overwhelm hospitals. The New York Times has an excellent summary of the current best thinking among public health experts and why they believe what they believe. The tl;dr is: “stay home for the time being.”

At the same time, there are reasonable concerns about what a total shut down will do to not only the broader economy but the very real, daily lives of people who live paycheck to paycheck. In the national debate, this is sometimes framed as the “trolley problem,” a thought experiment where a trolley is barreling down the railway tracks, and you have to decide between doing nothing and letting five people die or actively pulling to lever and killing one person.

The coronavirus pandemic, however, isn’t at all like the trolley problem, where you’re given two discrete choices. Instead, these two problems are linked. Resuming normal activity prematurely would only strain hospitals and result in even more deaths, while exacerbating a recession that has most likely already arrived. How many people do we imagine will still frequent clubs, restaurants, and bars when a fast-moving pathogen is running through their neighborhood? How many will buy jawnz and flex for the ‘gram when their loved ones are in the hospital? This morning, conservative writer and editor Jonathan Last published an article at The Bulwark, explaining why you can’t fix the economy without fixing the pandemic first. “Here is the problem with the argument that it’s time to restart the economy,” he writes. “It assumes that all we have to do is flip a switch and then we’ll be able to go back in time. We can’t. We live in a new world. The old reality—and by old, I mean the reality as of December 2019—is gone. Going back to that reality isn’t a plan. It’s a fantasy.” Or as Bill Gates grimly put it, we can’t just restart the economy and “ignore that pile of bodies over in the corner.”

Much has already been written about the importance of supporting small businesses. Last week, Noah co-founder Brendon Babenzien posted a candid message on Instagram: “We normally discourage rampant consumption and advise our customers to buy smarter and better. While we still believe in this, the threat of our economy shutting down is real if people stop buying entirely. So we’re asking people to buy something. Not necessarily from us, but any independent business or creative enterprise you believe in, and preferably those that have made positive, ethical choices in the ways they create and operate. Such independent entities need to survive this pandemic, so we still have choices when the crisis is over. Large corporations have the financial resources to survive, but small, independent operations that are pushing for change may not.”

For local economies, there are other reasons to support small businesses. In my neighborhood, for example, there are mom-and-pop run grocery stores, exciting bars and restaurants, small hardware shops, and other boutique businesses. The commercial landscape here makes for a much more pleasant walking experience than if I were to live near big-box retailers and fast-food eateries. When I have to buy something like a light bulb or pack of batteries, I try to shop locally, if only because I enjoy what these mom-and-pop businesses visually add to the landscape.

If you think about the online men’s style community as a neighborhood, you can see the same dynamic. Companies such as No Man Walks Alone, Self Edge, and Epaulet regularly participate in StyleForum threads, which enriches the discussions that happen on that forum. Bespoke tailor Chris Despos also helps people understand the technical details that go into tailored clothing. For the most part, the people who participate in Reddit’s Ask Me Anything threads are the owners and designers behind small companies, not the ones at Celine or Balenciaga. And if you think about where you draw style inspiration, consider what’s the ratio between small and large companies. These days, I’m more likely to browse the social media accounts of The Armoury or Wooden Sleepers, not Brioni. If I buy something that falls in the realm of traditional American clothing, I prefer to get it from O’Connell’s, rather than Brooks Brothers.

A post shared by No Man Walks Alone • Menswear (@nomanwalksalone)

Good retailers do more than just sell us things. They help create meaning that fills our lives. They make the online community for men’s clothing and style a culturally more vibrant place. They make this hobby more fun. High-touch businesses also don’t just compete on price; they do the hard work of bringing new people into a market, educating them on what’s “good,” and suggesting ways to wear things. They give inspiration through social media and lookbooks; they introduce consumers to new brands and products. See how Self Edge recontextualized Good Art’s jewelry for the workwear crowd. Or how Union helped transform Visvim and Thom Browne into semi-streetwear brands.

In nearly every consumer niche, there are two types of businesses: high-touch companies that add value to a community, and those that merely compete on price. The second can’t exist without the first. The Goulet Pen Company, for example, is often credited with helping expand the fountain pen community. Brian Goulet, who co-founded the company many years ago with his wife Rachel, puts out a ton of online media content, which has made fountain pens feel much more relatable and exciting for people like me. Without his YouTube videos, many consumers wouldn’t know how to sort through the piles of Pilot Vanishing Points and Platinum #3776 Century pens on Amazon. In a video on why the fountain pen market sees dramatically different prices for the same items, Brian says :

If you don’t already have an awareness and desire to shop for these products, [companies] would not be able to sell them to you. Where are you getting that awareness? From someone who’s done the legwork to educate, promote, discuss, research, etc. There’s nothing wrong with selling on Amazon or eBay, but if that’s all there was, you wouldn’t have a clue what you’re buying because those companies’ short product descriptions make for crapshoot purchases. As a retailer, I try to earn my pay by putting out reliable information, teaching people about products, and adding value to their lives, so people see a reason to support me. As fun as these videos are for me to produce, they take a lot of time and energy. If I didn’t have the income to support this work, Goulet videos would go away.

As an industry, fashion will survive. At some point, people will return to buying clothes, and designers will design. Stores will open to serve those customers. But consider what the landscape will look like. Supporting small businesses isn’t an act of charity. It’s about taking a closer look at who adds value to your life — even if that value isn’t captured in the goods and services traded on the market. The value may entirely be the side effects generated from online marketing (e.g., social media, lookbooks, and forum participation), but it’s value nonetheless. Ultimately, this is about being more mindful about where you spend your money. Not everyone can safely shop at the moment, given the significant number of layoffs that have already happened. But if you decide to spend your money somewhere, do it thoughtfully, considerately, and hopefully at places that add value to your life.

Over the next week or two, I’ll feature some of my favorite small brands and retailers, and say a little about what makes them unique, as well as highlight some products that I think are great. In the meantime, stay safe.