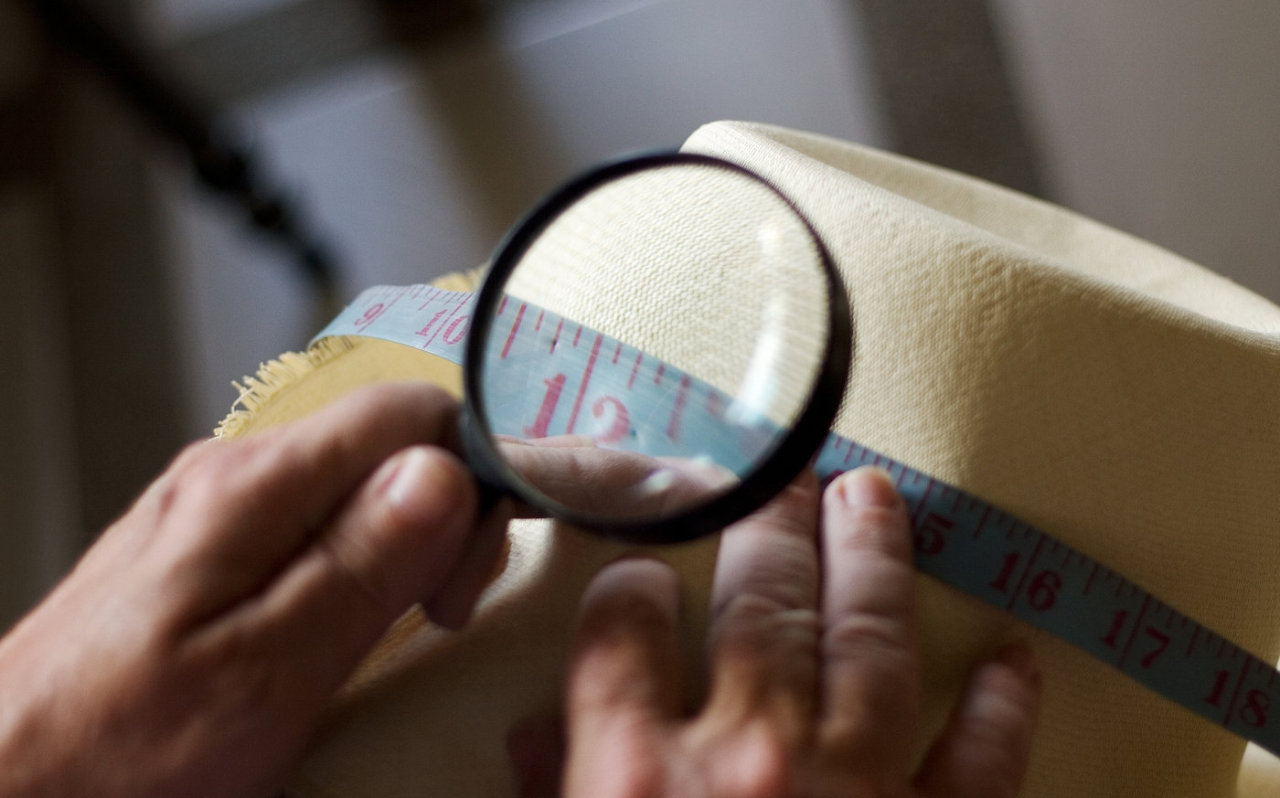 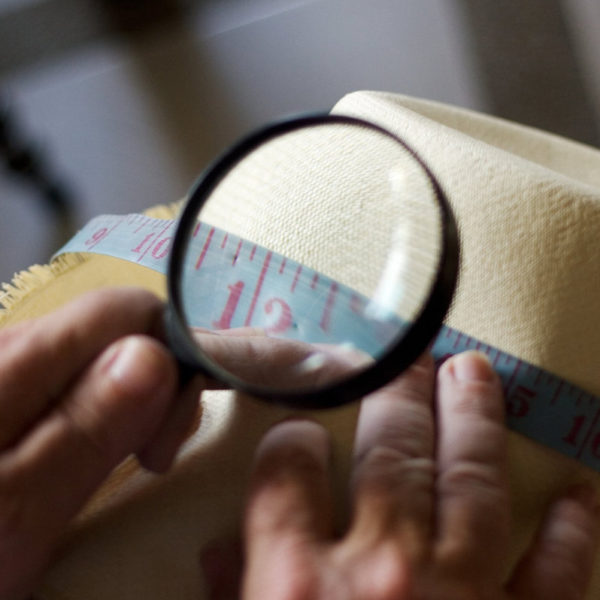 A tip of our hat (which, at the moment is a sisal from Lock & Co.) to our reader Thriley, who sent us this NPR story on the finest Panama in the world – recently completed by famed weaver Simon Espinal.

What he will state is that the hat he finished last year, and which required nearly a thousand hours of weaving, is the finest he has ever woven — indeed the finest he has ever seen or even heard of: a creamy-white, silky-fine masterpiece averaging an astounding 4,000 pin-neat herringbone weaves per square inch; a weave so fine you’d need a jeweler’s loupe to count the rows. And each of them done by hand, by fingers alone; no loom is used in the making of a Panama hat.

He is equally emphatic when he says he will never attempt to weave a finer one. The strain on his eyes and the intense mental concentration was too much, even for a weaver of his skill and experience. “When you are weaving such fine straw, you cannot allow your mind to wander even for a second,” he said through an interpreter. “When you weave, there is nothing in the world but weaving and straw.”

He kept a log of the hours he spent weaving this one masterpiece hat. It came to just under a thousand, from the morning of June 19, 2013, when he began, to the 20th of February last year when he finished.

Espinal wove the hat at the behest of Hawaiian-based Panama hat dealer Brent Black, whom he has known for many years and who agreed to pay him a salary during his eight months of weaving, plus bonuses and the promise of a commission — likely to reach five figures — when the hat is eventually sold.

The difficulty with selling this particular hat is figuring out how to price it. One of Espinal’s lesser hats, with about 3,000 weaves per square inch, went for $25,000, sold to a Hollywood figure who wanted something special to wear on his tropical honeymoon.

But this latest masterpiece is far more special. The degree of difficulty in weaving a Panama hat jumps exponentially as the weave count rises. A hat with 4,000 weaves per square inch is many, many times more difficult to weave than one with 3,000, and thus is also many times rarer. In fact, in 30 years of dealing in high-end Panama hats, Black had never before come across a hat with more than 3,000 weaves per square inch — and those he’d seen that were near that figure were all woven by Espinal.

No confirmation, but the Hollywood figure mentioned in passing might have been Charlie Sheen, who bought one of Espinal’s $25,000 hats as a wedding present – for himself.

You can read the rest of the NPR story here.