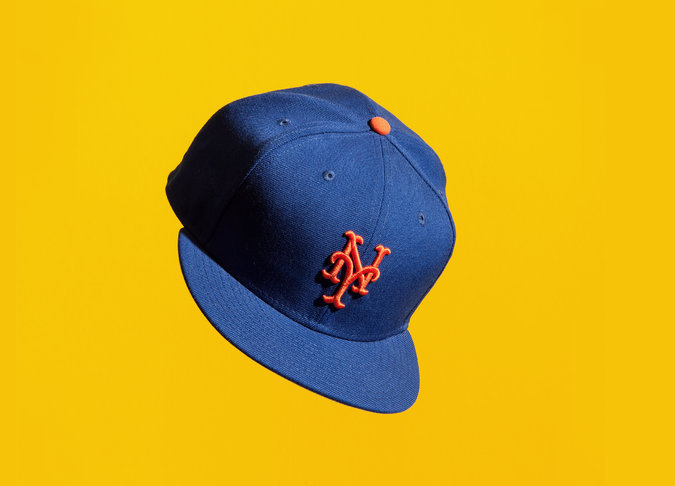 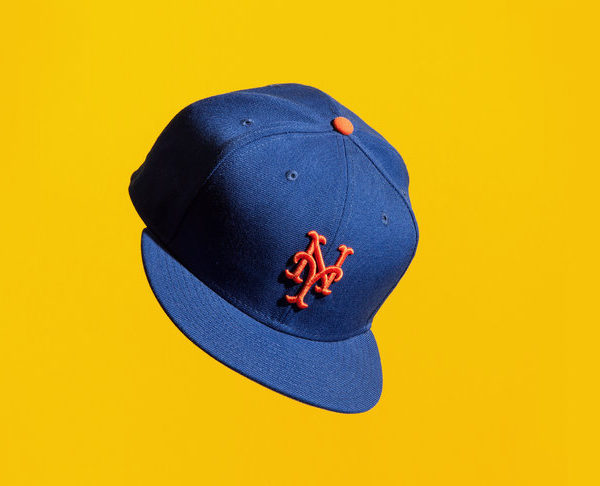 In The New York Times Magazine, Troy Patterson pens an ode to the baseball cap–from its origins as a modified jockey cap to its role today as “the headpiece of the American folk costume” in all the shapes it takes and tribal associations implied in how you wear it.

Frank Sinatra supposedly implored the fedora-wearers of his era to cock their brims: Angles are attitudes. Ballplayers have accepted this as
truth since at least that first World Series, when Fred Clarke,
Pittsburgh’s left fielder and manager, wore his visor insouciantly
askew, and the general public has come to know the ground rules as well.
Here’s a test of fluency in the sartorial vernacular of Americans: You
can read the tilt of a bill like the cut of a jib. The way you wear your
hat is essential to others’ memories of you, and the look of a ball
cap’s brim communicates tribal identity more meaningfully than the
symbols stitched across its front. Is the bill flatter than an AstroTurf
outfield? Curved like the trajectory of a fly ball? Straightforwardly
centered? Reversed like that of a catcher in his crouch or a loiterer on
his corner? The cap conforms to most any cast of mind.

The piece struck a nostalgic note for me, as I have sepia toned memories of getting new caps in the 1990s and working HARD to make them look how I wanted. Soaking them, putting them in the dishwasher, rolling the brims and leaving them stuffed in mugs overnight to get the right (extreme) curve, cutting the stiff netting out (risky; sometimes the cap would bend to your will and sometimes it would just deflate and look sad). Team caps, Stussy caps, college caps, whatever. The resulting unstructured, curved bill baseball cap is a key piece of dadwear in the 2010s, although recently it’s made a comeback in the form of post-90s kids wearing Ralph Lauren chino caps.