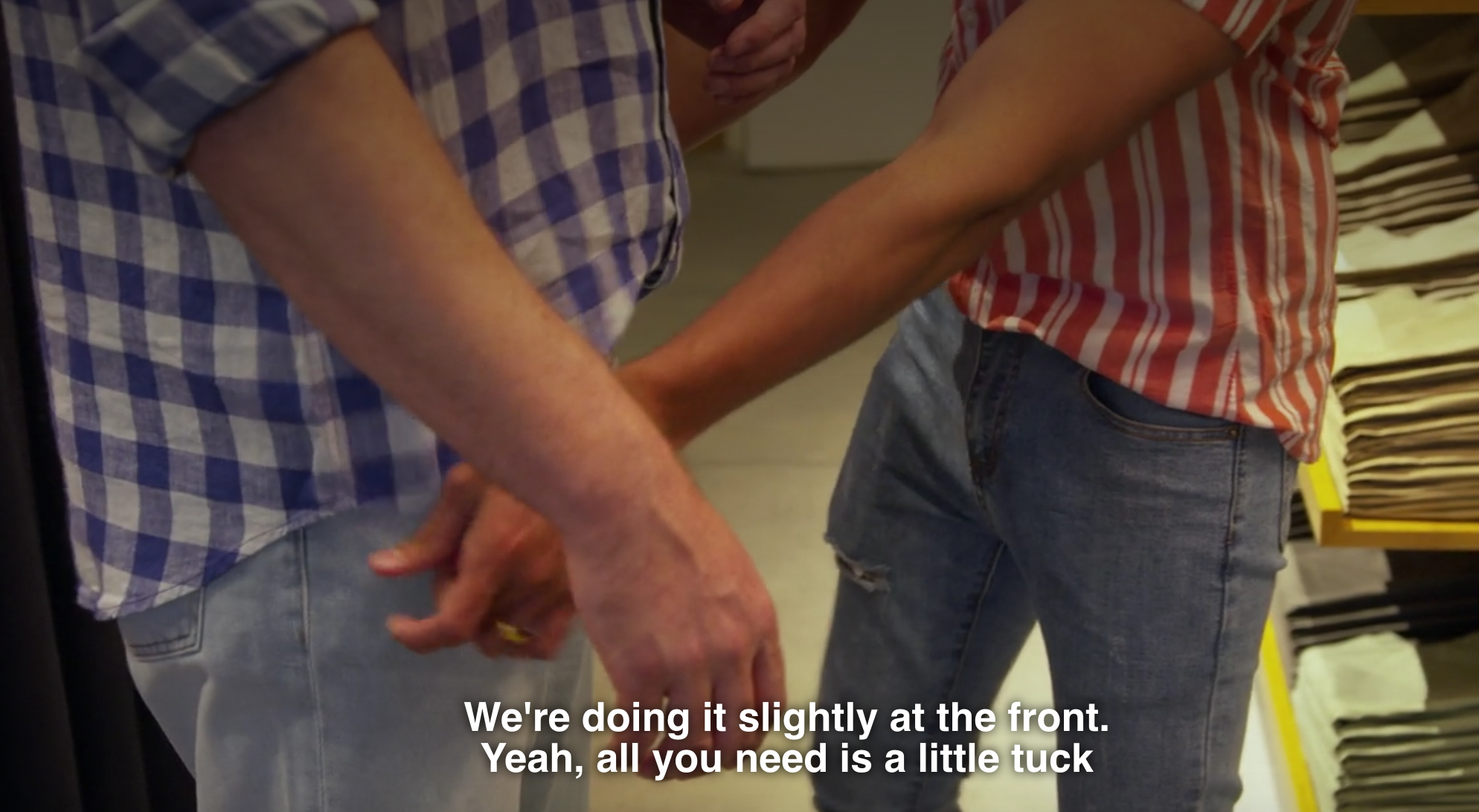 Don’t underestimate the cultural significance of the original Queer Eye for the Straight Guy, which aired back in 2003. It may have spurred the much-maligned “metrosexual” moment, but it did a lot to make everyday dudes feel better about paying some attention to how you dress, taking care of yourself, and living in the waning era of lad mag boorishness.

I’ve really enjoyed the two new seasons of the show, relocated to the Atlanta area with a new cast of experts brought in to elevate some poor schlub every episode. The reboot has earned praise for adding some emotional heft to the general arc. A guy is too busy or otherwise focused to spend sufficient time or money on his living space, lifestyle, diet, grooming, and (here’s where I have opinions) style. The experts show up and improve his life in every way, often leading up to a decisive moment in life — for example, proposing to a partner or coming out of the closet. Design expert Bobby Berk seemingly remodels entire homes in a day or two; food expert Anton Porowski toasts some bread or something.

Regarding style,  original Queer Eye style expert Carson Kressley (who had been a stylist for Ralph Lauren before TV) made it his signature to add some “zhuzh” to a guy’s wardrobe. (It’s a word, sort of.) That is, add some personality–akin to what we’ve sometimes referred to as a point of distinction.

Tan France and the French Tuck

QE’s current expert is Tan France, an English guy with tremendous hair who had previously worked for Zara and had his own line of womenswear. In my judgment, he’s done a reasonably good job helping men on the show — for whom, for various reasons, style is not a priority — find out what works for them. For most guys, he recommends slimmer, more structured clothing that flatters, often including printed shirts, which I like.

His signature, though, has become the “French tuck.”  No matter a guy’s build or style, France seems to recommend they tuck in the front of their shirt and leave the back loose. It’s the shirt equivalent of a mullet: business up front, party in the back. And I don’t like it.

France has said it can make a guy look more balanced, and I understand why it should work. For a bigger guy, tucking in a shirt at the front can give you a more defined waist than leaving it untucked, and if it “blouses” a little it can minimize the appearance of belly. Tucking your shirt all around, especially when wearing jeans or dressing very casually, can feel fussy or dressed up. But the French tuck is the kind of “styling tip” that works better for a photo shoot, when you’re generally facing a camera, than for real life, when you’re in three dimensions most or all of the time.

This half-ass tuck seems related to the ideal of men’s fashion: to look great but not perfect, which risks looking like you tried too hard. Calling it “French” adds all the connotations of Gainsbourg-ian bohemian sloppiness. “I started to tuck my shirt in but then I got distracted because I don’t really care. *extremely French voice* Pfff.” 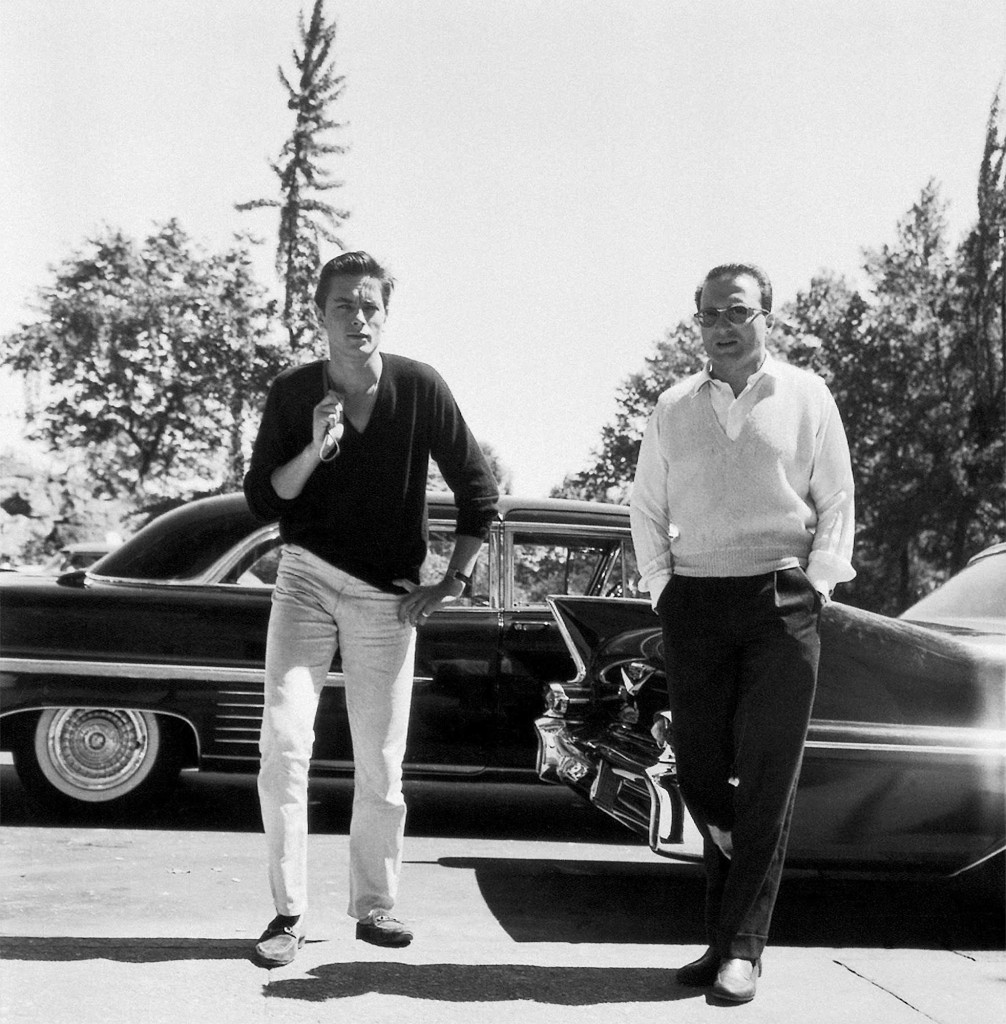 When you’re French, every tuck is a French tuck.

What to Do with These Shirttails?

Why can’t we decide what to do with our shirttails? Men used to tuck in tshirts. Then when tshirts became standard casual wear, we didn’t. Now we do again. An entire ridiculous business has emerged to deal with our uncertainty with shirts with tails. The general concern being that shirts long enough to stay in when tucked are too long to wear with the shirttails out.

Here’s how I feel: tuck in your shirt, or don’t. I almost never tuck in my shirt anymore unless I’m wearing tailoring. I used to be more obsessive about my shirts being too long or too baggy to wear untucked with jeans, but hemming shirttails to be worn untucked always results in weird proportions, and I really don’t like when shirts ride up too high when I lift my arms. So I’ve learned to deal with a little more fabric hanging out — rather than appearing casual, I’m actually being casual. Tucking shirts in unexpectedly can be a good move, too; Dick Carroll’s apparently tucking his OCBDs into football shorts this summer.

But I’m an old man; the French tuck is my cloud, and I’m yelling at it.