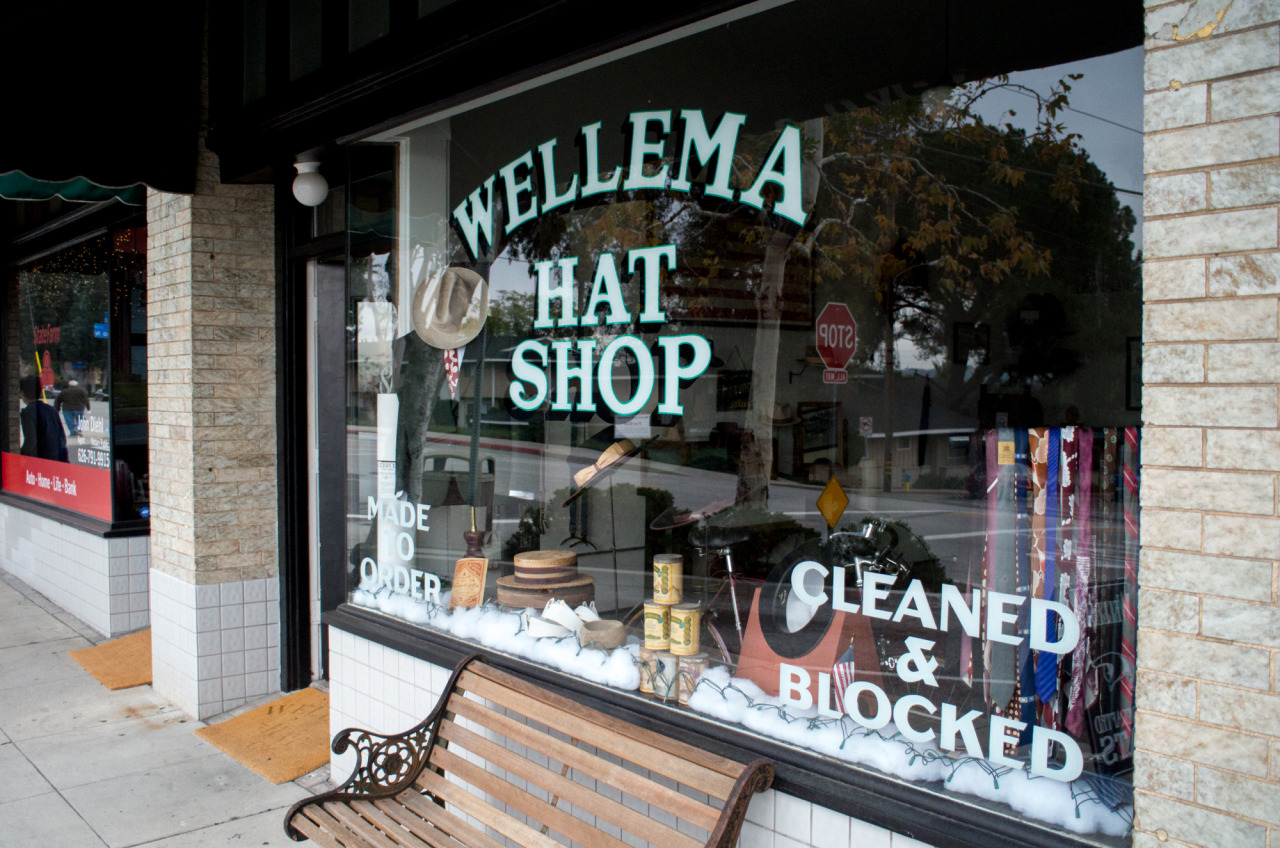 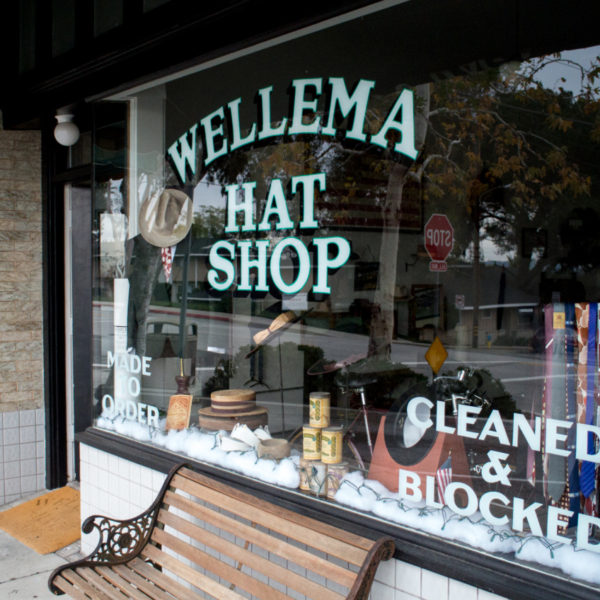 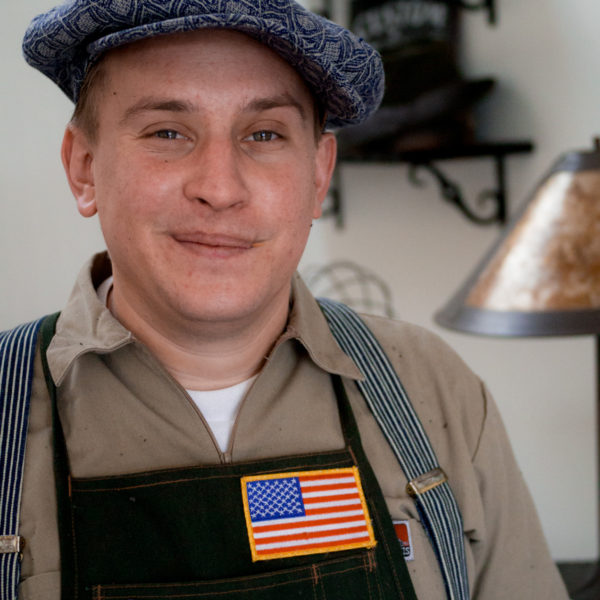 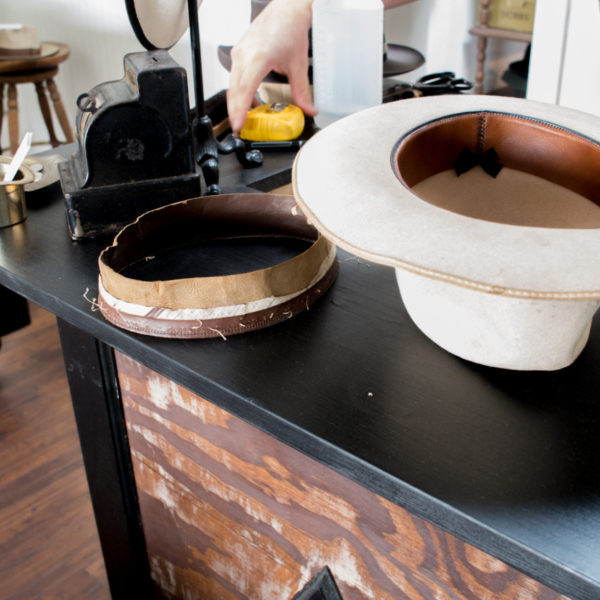 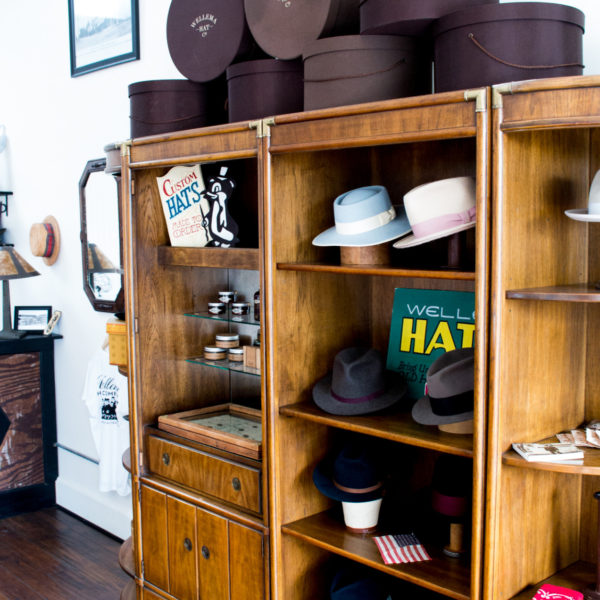 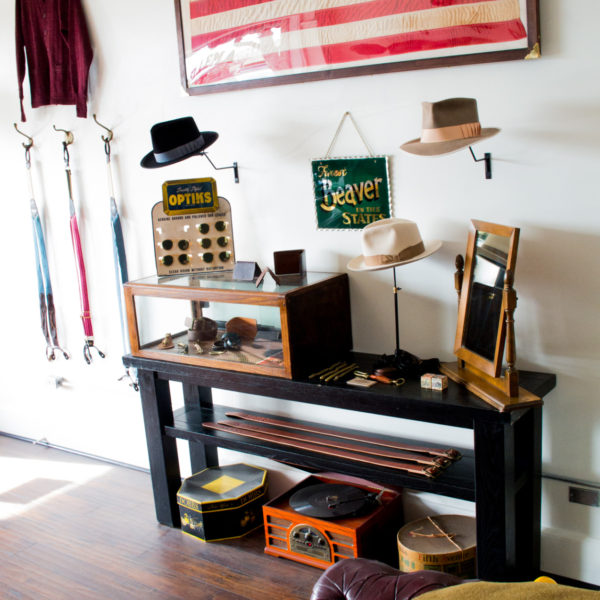 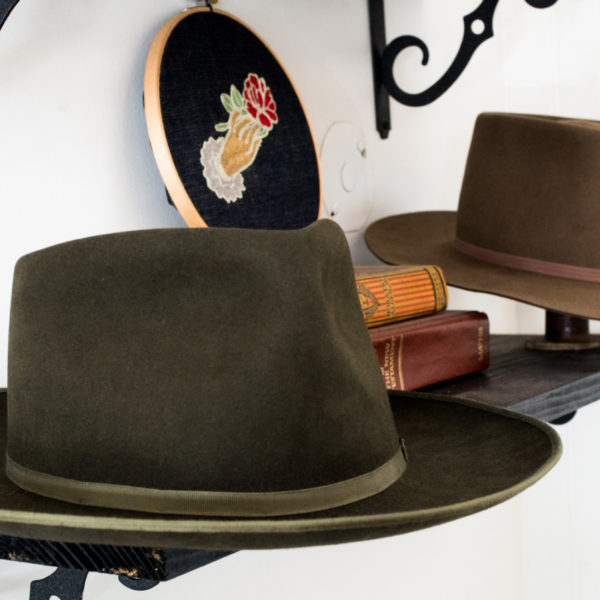 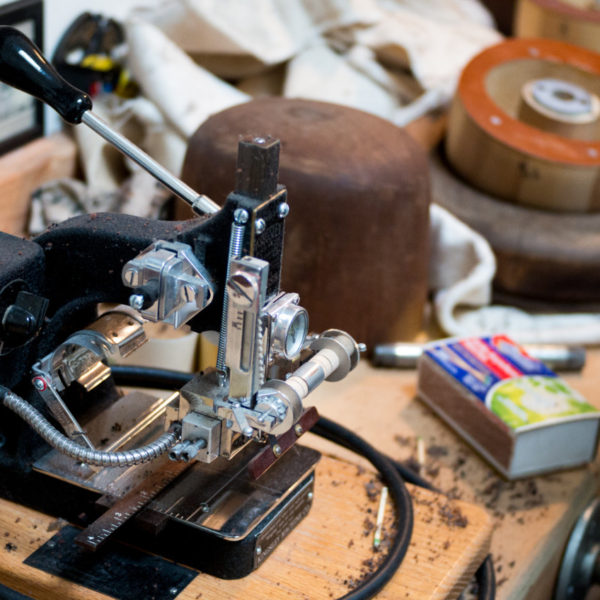 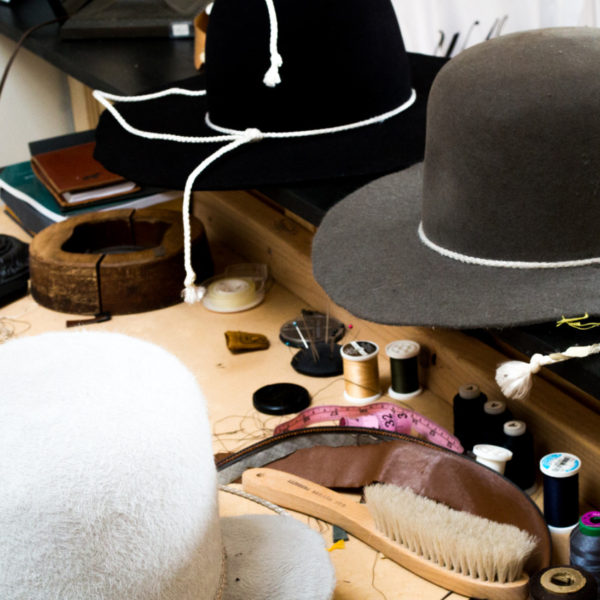 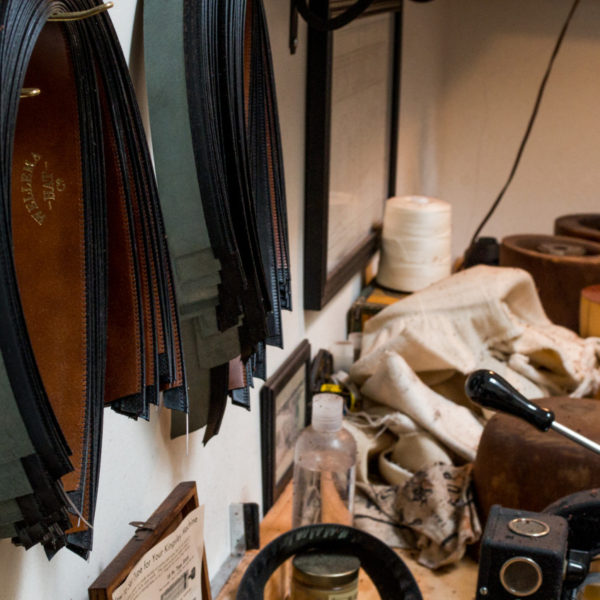 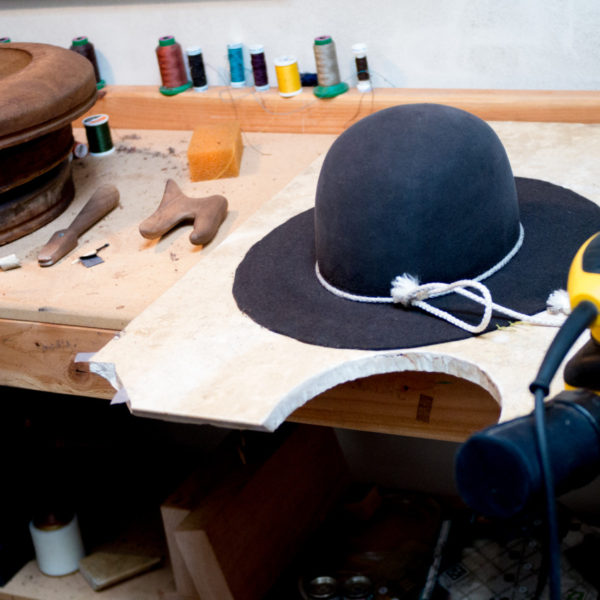 I met Cody Wellema for the first time a few months ago, as he stood in his particularly well-groomed space at the Rose Bowl Flea Market. Flea market hats – even in well-groomed spaces – tend to be the worst, so I regarded him suspiciously. As I got closer, though, I could see his hats were the real deal. I wondered if he might be, too.

“Where are you based?” I asked him. Folks come to the Rose Bowl from all over. I expected he’d say San Francisco or Texas or New York.

“Altadena.” He said. Not only was he a few miles down the road, in other words, but he was in one of the quietest and most unassuming of Los Angeles suburbs.

I took a card, asked him if he did repairs, and made a mental note to stop by sometime. The last time I got a hat fixed up in LA, the shop had done a pretty lousy job, and my favorite hat needed a new band.

When I finally made it out to Altadena, I was impressed by what I found. Indeed, when I walked in the second time, Cody was hard at work in the back. The noise was tremendous – I thought it sounded like a power sander. Turns out that was because it was a power sander.

Cody moved to Altadena from Santa Barbara, where he’d been making hats for a few years, initially in his garage and later in an off-the-beaten track retail space. He moved to Altadena at a friend’s suggestion (the friend in question owns a great vintage and antique shop on the same block), and Cody setup up a lovely store, Wellema Hat Shop.

Cody replaced my hat band – you can see the desiccated old one next to my hat in one of the shots above – and told me a bit about his business. While he sells some vintage hats and does cleaning, blocking and repairs, his main business is new custom hats. Prices aren’t insignificant, but they are reasonable for the quality – about $400-600. My new band cost me $40, with no charge for the pleasant conversation.

Most of the business at Wellema comes through the web and telephone. You can find out more about the shop and reach out to Cody via their website.

Hours Tuesday-Saturday, 11-4 or by appointment