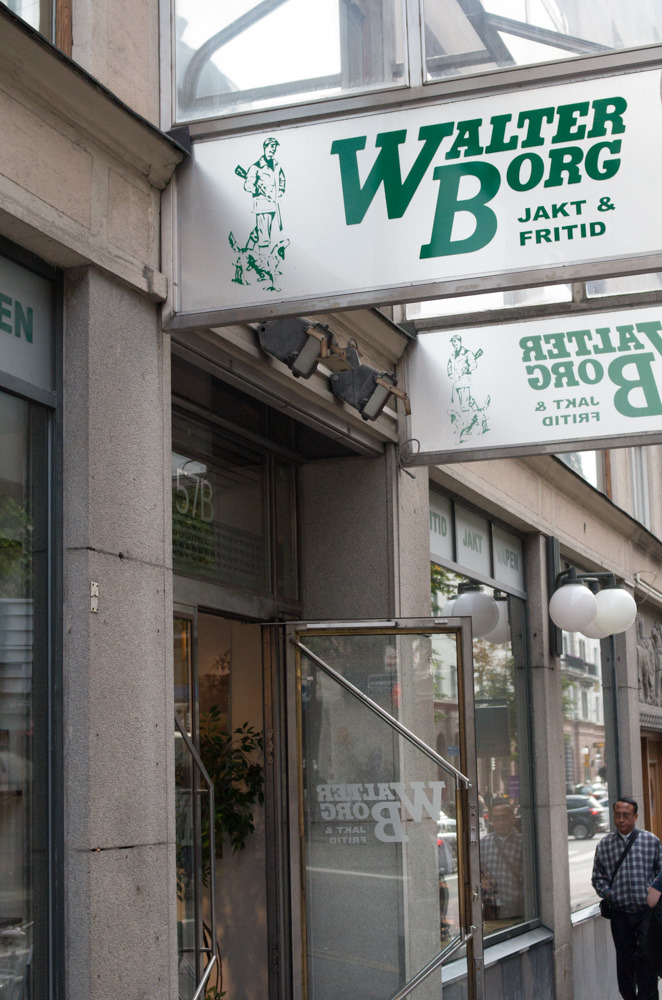 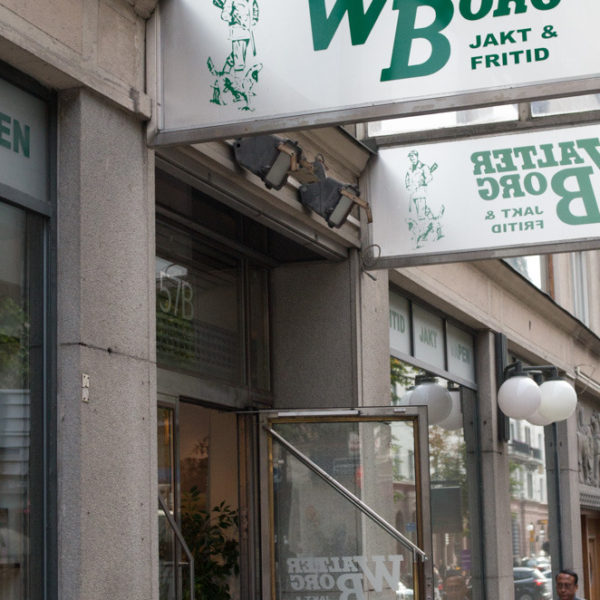 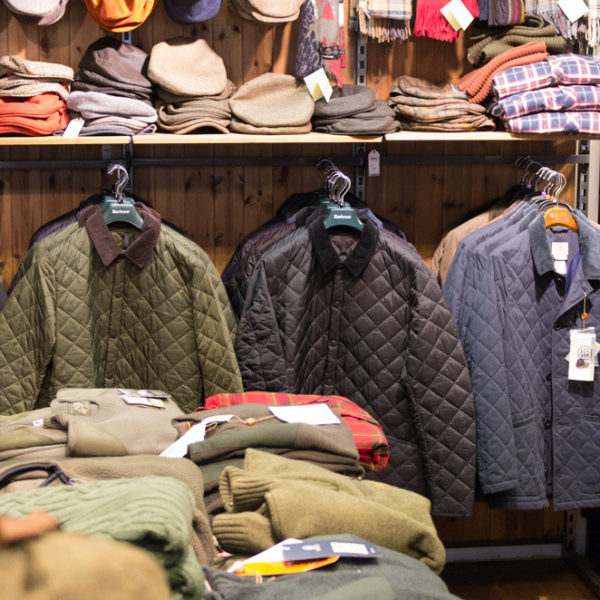 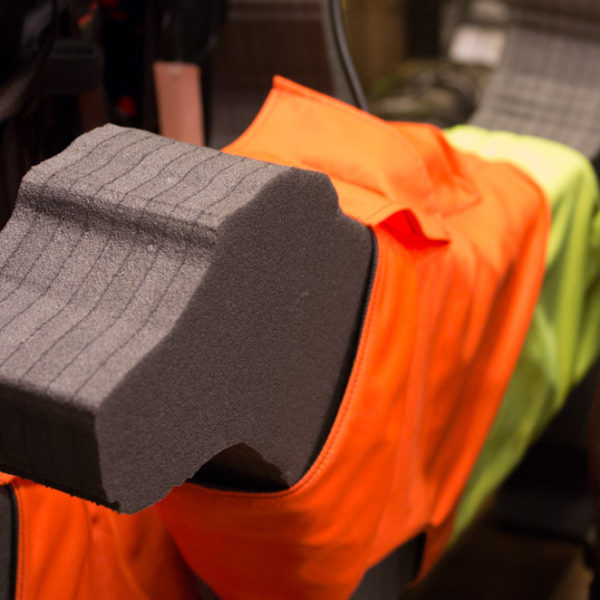 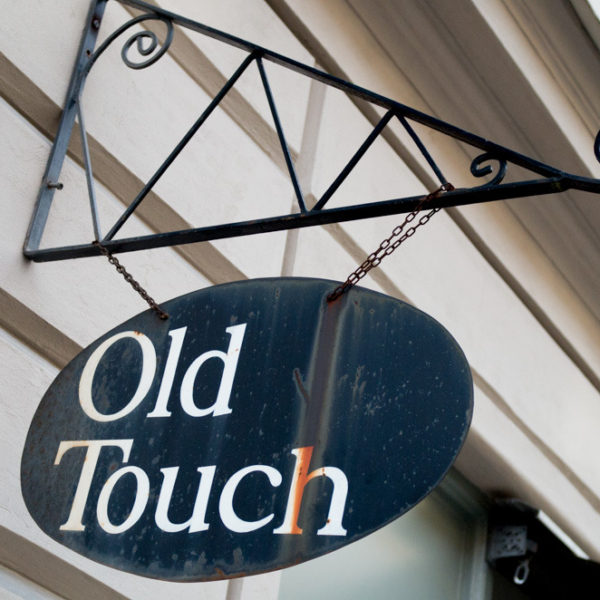 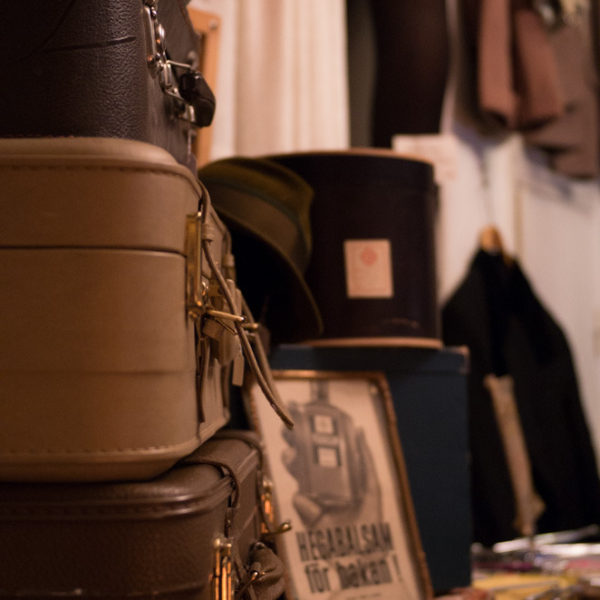 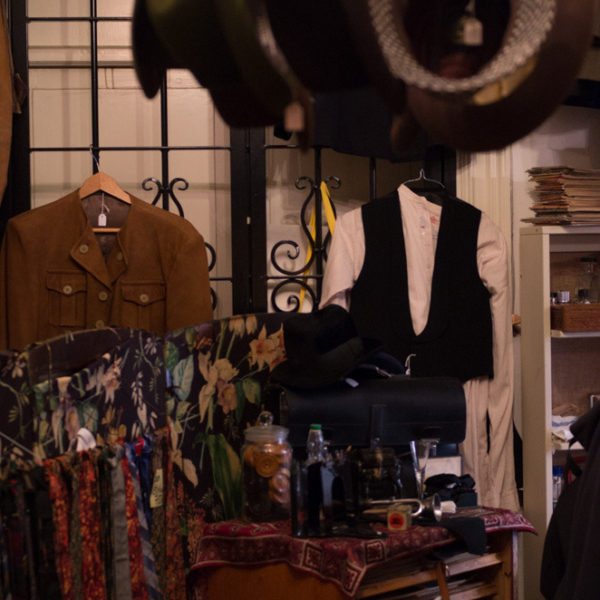 I had a few hours to enjoy myself in Stockholm, and found myself wandering in search of menswear.

My path first took me past a Swedish-language production of my friend Graham Linehan’s very English play The Ladykillers, an odd moment of disconnection, and then to another English translation: a country clothing store called Walter Borg. Dressing in Stockholm is quite sophisticated, and enthusiasm for the outdoors is high, so it’s not surprising that there’d be a market for traditional English hunting clothes.

Walter Borg was full of Barbour gear, along with homegrown Swedish outdoors brands. Unlike, say, Holland & Holland in London, it was less a theme park of rural gentility than an actual working sporting goods store. The selection wasn’t exceptional in quality or scope, but it was an interesting look into a cultural dialogue across Europe.

A mile or so down the road, I found Old Touch. Stockholm is lousy with vintage shops, but I found many featuring goods that simply weren’t that vintage. Old Touch was the exception. It featured some antiques and collectables to go with a pretty wonderful selection of women’s and men’s vintage ranging back into the Victorian era. Had I not been jetlagged and ignorant of the exchange rate (I’d practically just stepped off the plane), I’d have taken home one of a selection of beautiful mid-century scarves.

And to boot: a great record store, called Cosmo’s Factory, right nearby.

Later this week: Our Legacy, Herr Judit and the impossibly-named shoe store Skoaktiebolaget.