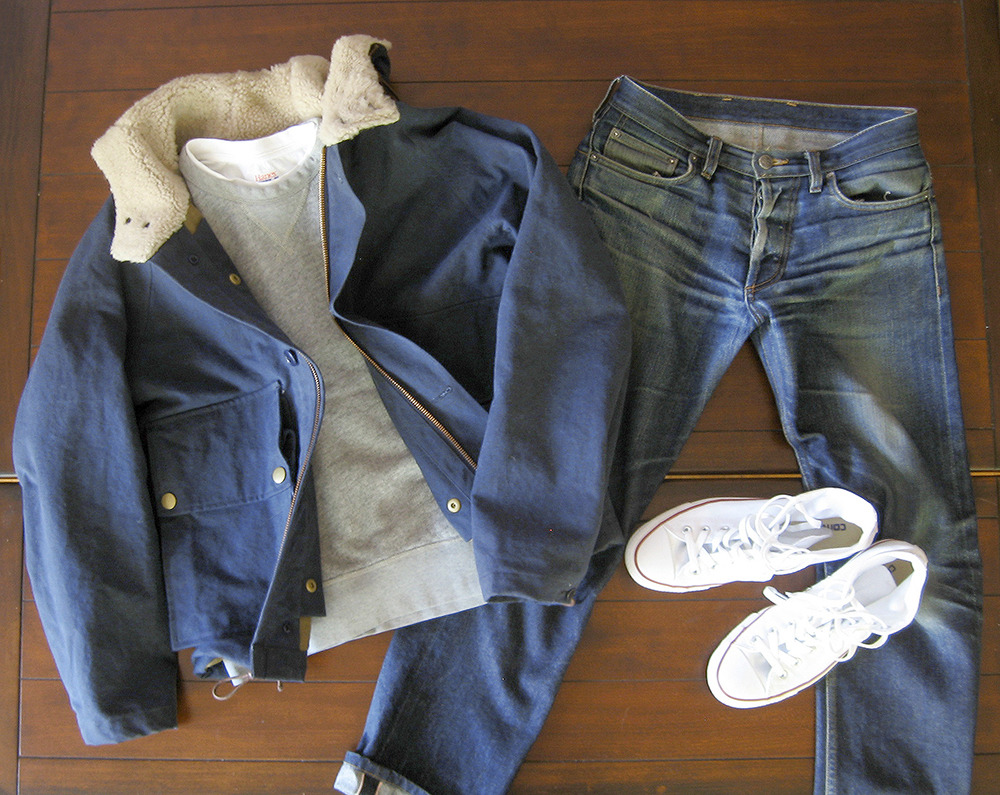 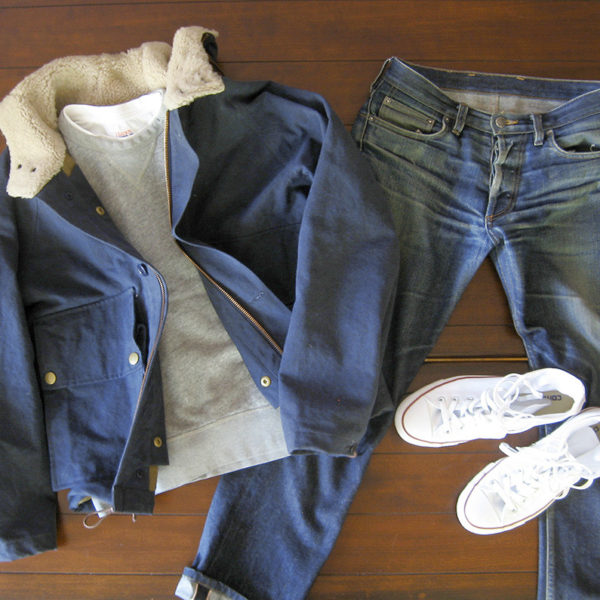 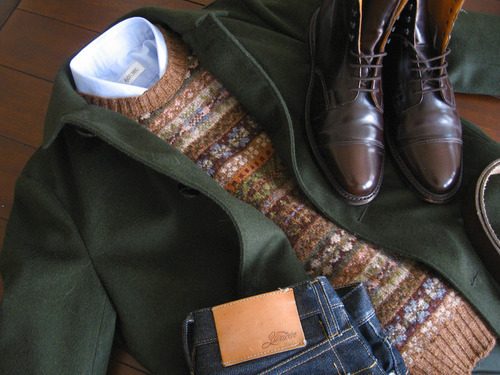 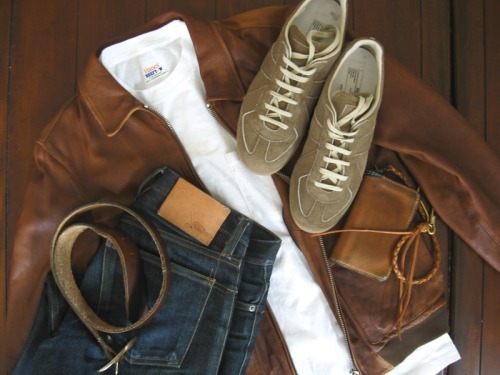 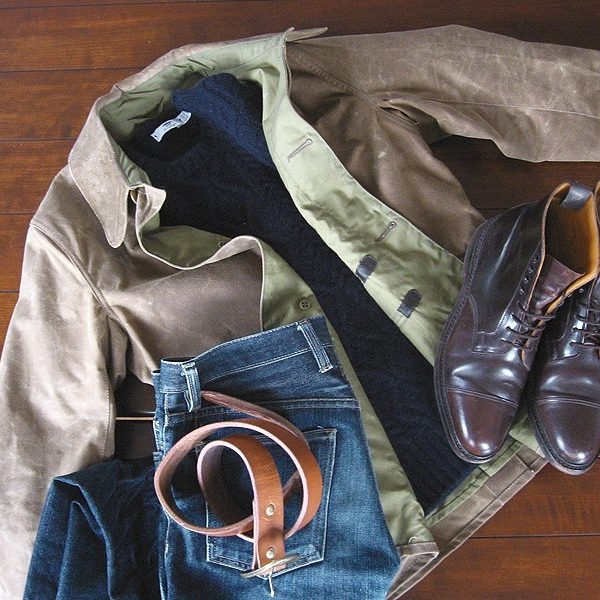 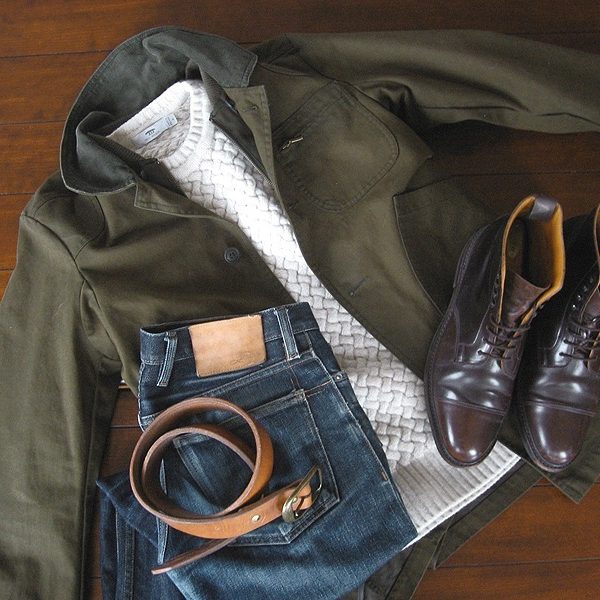 The centerpiece of almost any ensemble tends to be outermost layer. It’s what people see most easily, and what covers up everything else underneath. Which means, if you splurge on outerwear and knitwear, you can often get away with spending little on everything else.

In the above, my white tees above are from Hanes, which cost $12 a piece, but you can sometimes find them on sale for as little as $2. The shirts are from Ascot Chang, which are admittedly pricey, but you can get good casual shirts at Brooks Brothers for about $50 on sale. For something more affordable, look into Uniqlo or J. Crew. They’ll often have shirts on sale for $25 to $40.

The jeans above are from 3sixteen. I bought them on sale for $125 five years ago, when they retailed for $175. They’re now $225. I think they’re still worth the price, but for a more affordable alternative, try our advertiser Gustin. They have raw, selvedge denim jeans starting at $89.

Next, for shoes, I think it’s worth splurging for a pair of boots. The above are shell cordovan cap toe boots from Brooks Brothers, but you could just as easily swap these out for a pair of calf leather chukkas or bluchers, depending on your style. You can get those new through Meermin for $200 or as little as $125 if you’re willing to go second hand on eBay. For something more affordable, try a simple pair of sneakers. For $70, you can get the German Army Trainers Jesse talked about. For $45, you can get Chuck Taylors at ShoeBuy (where they’re almost always on sale).

After that, there’s just outerwear and knitwear. If you can’t afford to spend on both, then cut back on sweaters. The grey sweatshirt above is one of my most versatile knits, and it cost me $30 on clearance at J. Crew. Sure, it doesn’t keep its shape as well as more expensive sweatshirts, but a quick wash and dry after every wear solves that problem. This takes a bit of the luster out of the cotton, but sweatshirts look good worn-in anyway. As usual, if you can’t afford to get things made from fine materials, then get things that look better beat-up.

Spending little on everything else can make you feel less guilty about splurging where it counts. For fall, this mostly means outerwear and knitwear.