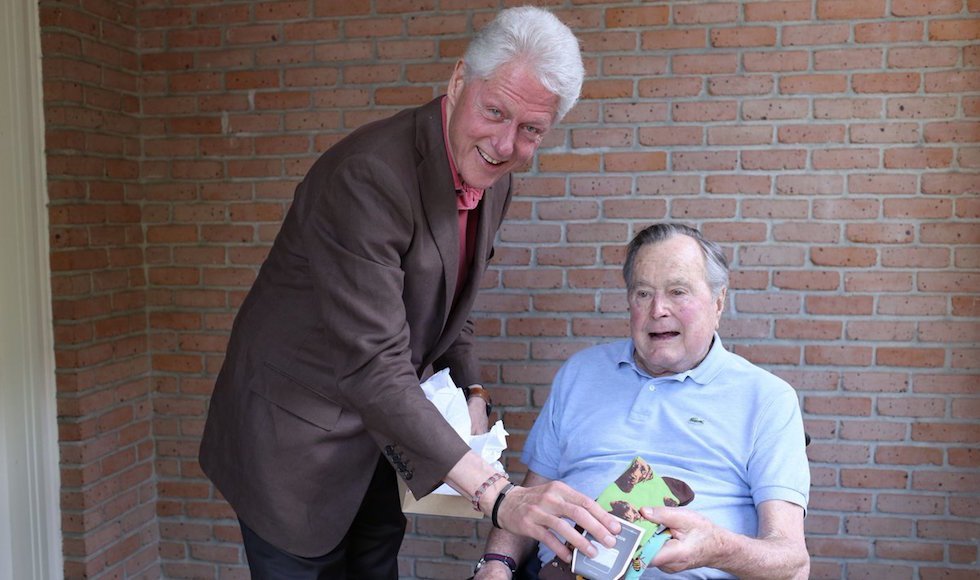 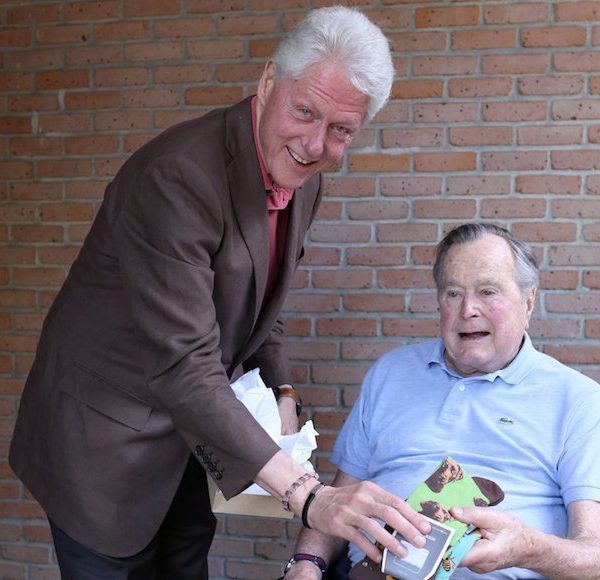 At least when you meet President George H. W. Bush. President Bill Clinton caught up with his predecessor today in Texas, and gifted him two pairs of socks – a green pair with a labrador motif, as well as light blue pair with some bees (presumably so Bush will remember they’re dying globally at an alarming rate). President Clinton tweeted:

Great to spend time with @GeorgeHWBush & Mrs. Bush in Houston today. We caught up about kids, grandkids, old times and new times. And socks.

The elder Bush is known for his love of whimsical socks. In 2013, when the two met, he wore a Southwestern pair with cactuses. President Clinton tweeted a photo of them with the hashtag #sockswag.