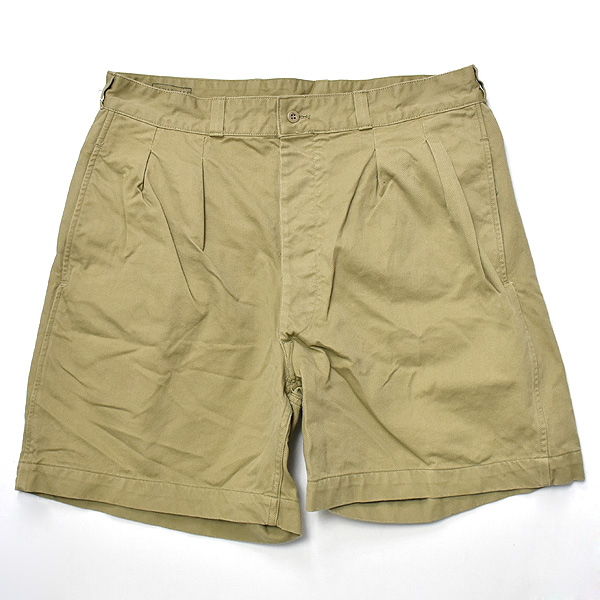 When the military sets out to buy something, they define a gap between what they can do and what they want to do, and how any potential solution must close that gap. The military vintage and surplus we all love was all designed with a purpose in mind. The Army would like soldiers to be able to fight in cold weather? Then they need something that will keep them warm enough to function optimally; a heavy coat! Pilots need to fly planes fasts at high altitudes? How about a leather bomber jacket! And so forth.

We love military and military-derived styles for this very reason: military users are demanding and the military is cost conscious, so styles tend to be usable, durable, and priced well. But the demanding conditions that come to mind when we’re thinking of milsurp tend to be cold weather conditions — the ones that led to designs like fishtail parkas and deck jackets. So what does a milsurp-oriented civilian wear when the seasons turn?

U.S. and other militaries operate all over the world (for better or for worse), so there is a decent amount of gear oriented for hot, humid theaters. I talked with Atlanta-based vintage dealer Matt Smith about what he looks for as the heat and humidity approaches. He said he wears jackets year-round. “I dress like it’s perpetually fall. I wear Vietnam jungle jackets and 60s/70s hunting jackets a lot.”

“I just picked up a World War II -era herringbone twill Jacket that’s a perfect weight for wear most of the year in Atlanta, so that will surely see a heavy spot in my rotation. Cotton sateen fatigue pants are also something I wear a ton. The fabric breathes nicely and the looser cut helps out with airflow.” 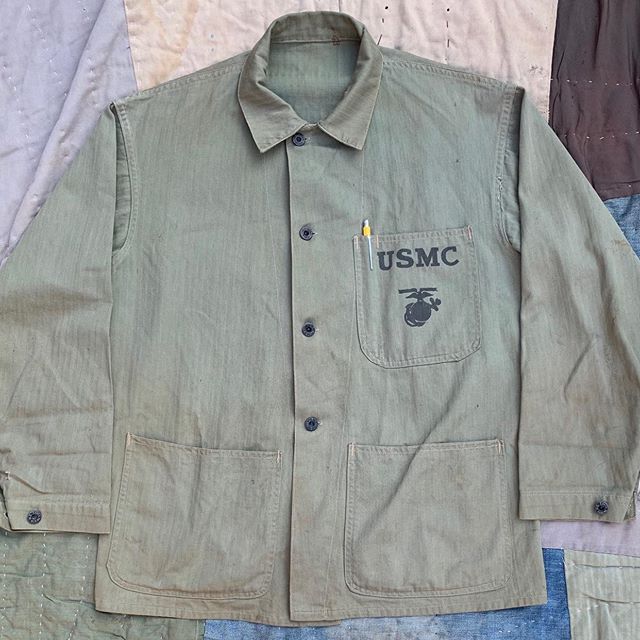 For pants, it may seem cliched to recommend twill, khaki colored pants, but look beyond the mall for vintage military or military-derived styles. Civilian, business casual khaki pants have slimmed down over the years, but the originals are looser and arguably more comfortable. You can find vintage (expect to pay $100 or more) versions with long rises, button flies, and often flapped back pockets — look for military khakis, military chinos, or officer’s chinos. RRL often has a version each season. 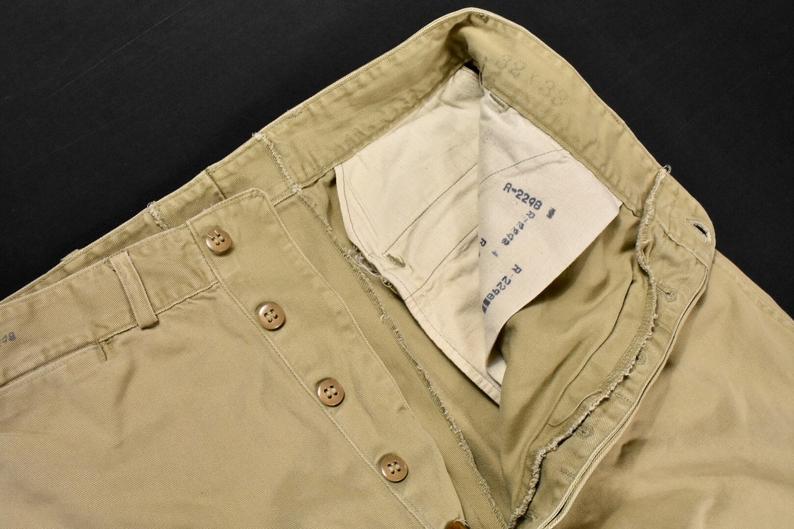 With recent acceptance of pleats and higher rises, it may be worth looking at other designs, as well — vintage French military chinos are widely available and mix it up a bit from your boilerplate khaki. They feature forward pleats, a long–ish rise, and button fly. They look great with vulcanized-sole sneakers like Chuck Taylors or Sperry CVOs. Expect to pay in the area of $100. European sources may be cheaper, but shipping eats into savings.

These pants are legitimately baggy, and sizing can be hit or miss. They don’t seem to be issued/altered as often as American fatigues, but rather dead stock. That said, if you’re buying online, different stores interpret the original marked sizing differently. Look for measurements where possible. 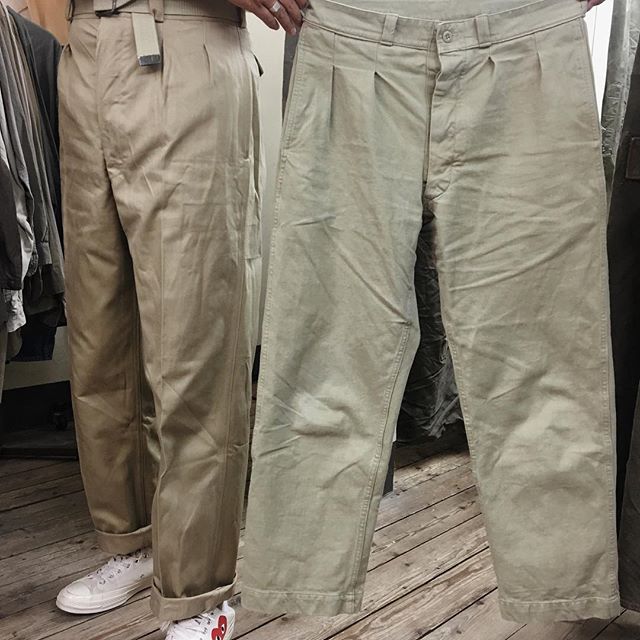 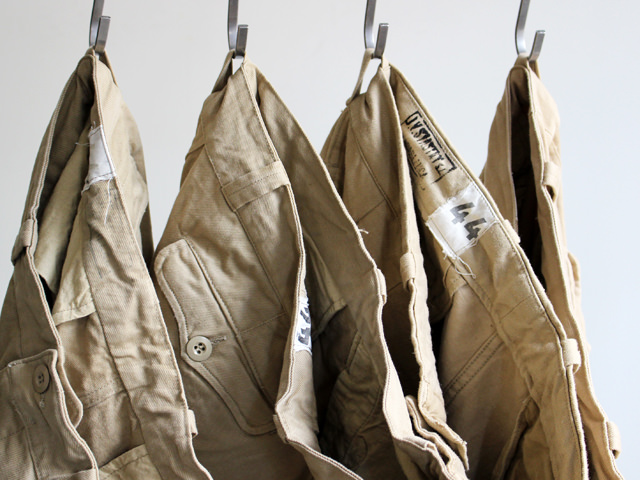 As for knits, it can be hard to find true vintage military tshirts. According to Matt, “I don’t usually grab them simply because they’re almost always the poly-blend variety that started in the 80s. 60s and earlier would be a really gnarly thing to find, but I can’t actually remember seeing any undershirts that old. If I had to guess they got worn into the ground and thrown away.”

If you’ve spend any time rooting through dusty bins of fatigues or BDU shirts, you’ll know that most issued military wear is altered by users, as sizes are often broad to cover every soldier but fit few perfectly. Pants are hemmed to “blouse” properly, waists taken in, and darts added.

Taking that another step, you can hem (or just cut off) fatigue pants into shorts. Most alterations tailors or dry cleaners can hem them if you want to be sure of a clean finish, and cutting off is pretty straightforward. This may seem obvious, but I used to just hack pants into shorts without measuring and having a plan leads to better results.

As for candidate pants, says Smith “I spent a lot of years wearing cutoff shorts made from BDU pants. The early woodland pairs in all-cotton as well as sateen fatigue pants make great candidates for making your own shorts.” I’d add that the French pleated chinos also look terrific as shorts — they’re baggy and are a nice halfway point to legitimate gurkha shorts, which are a great design but a little fussy. 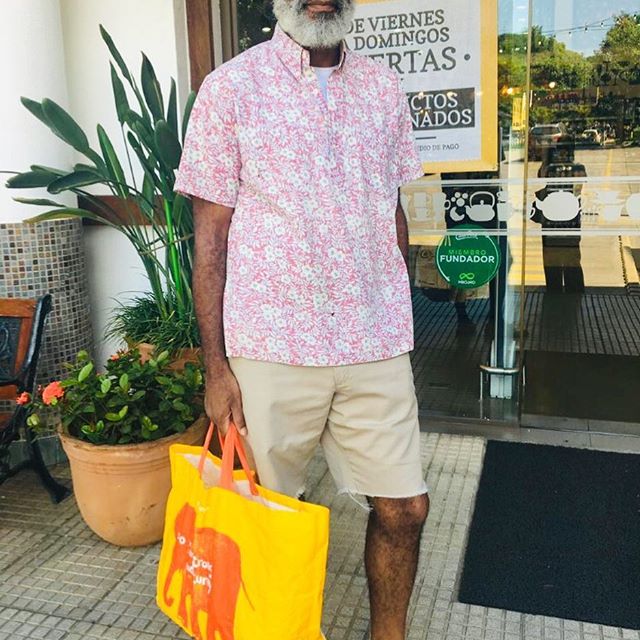 Jason Jules in homemade cutoffs–these are Dickies but you get the idea.