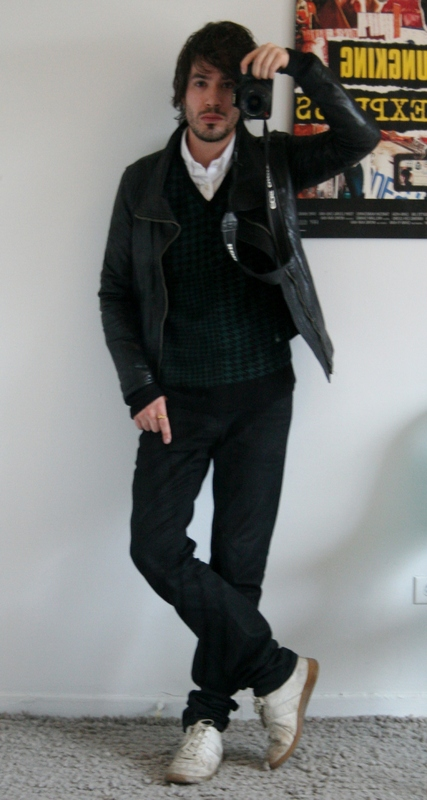 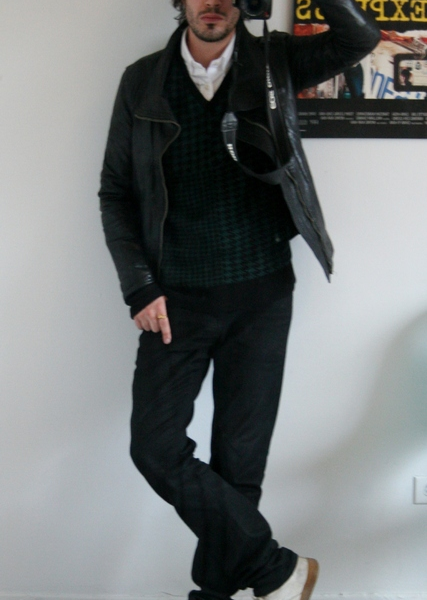 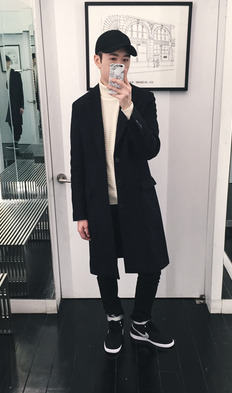 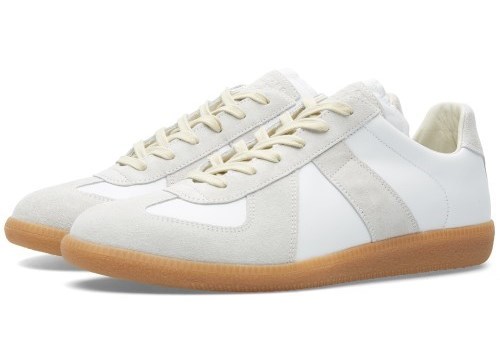 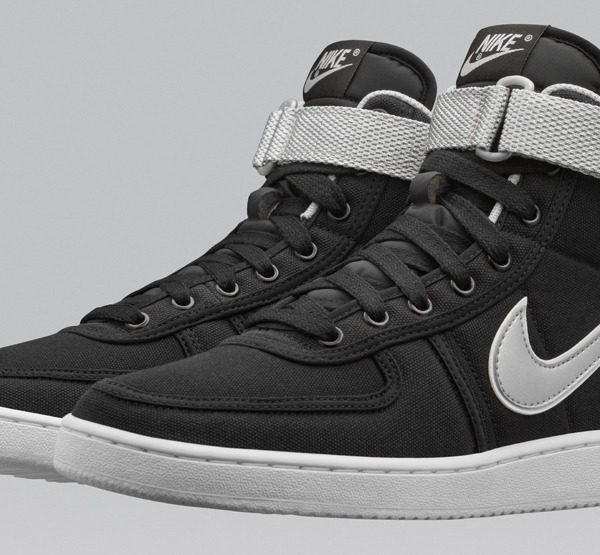 When I was a kid and went shopping for baseball cleats, white cleats were not cool. My parents, who can be forgiven for not splurging for one-season-and-done Nike cleats, sold me on the white Kmart cleats I got by telling me that white shoes made you look faster. I was not a fleet footed kid. At the time I would have done anything to run faster. Except actually practice running; too much work.

Choosing Sneakers That Contrast with Your Pants

These days, with all white Stan Smiths and similar designs dominant, almost everyone looks pretty fast. Whether they’re classic Chucks or something retrofuturistic like Nike Sock Darts, I wear primarily white, light gray, or otherwise light sneakers, in part because I wear dark blue or black denim casually and I like the contrast between my pants and shoes. Maxime in Paris, above left, wears white Margiela replica German Army Trainers with black trousers and a leather jacket for a minimal but elegant combination. I hate to say “you can’t go wrong” with black leather jacket, white shirt, black jeans, and white sneakers, but if you’re going to pick a casual uniform it’s a sharp one. I suppose it also helps if you’re in Paris. I also like pairing sand suede chukkas with indigo denim jeans, or, on the other end of the contrast spectrum, light wash jeans and black boots.

Tonally Matching Your Sneakers to Your Pants

Still, the very ubiquity of on-trend white sneakers may mean their time is waning. In theory I like dark sneakers–olive, all black, colorblocked, etc. Willy in New York (a man who knows his Nikes), above right, wears a black long coat with a rollneck sweater (good pairing) and a pair of black Nike Vandals (a model that also been an inspiration for designer takes). It’s a different look, maybe a little sleeker–and the continuity from pants to shoes can be even stronger with monotone shoes like Common Projects or shoes on the bleeding edge of hype, like Yeezys or Drake’s Jordans. Willy’s still have a white sole and silver accents to break them up. Analytically, maintaining tone from pants to sneakers can potentially elongate the appearance of your legs, but that’s the same kind of logic that sold me white cleats.

Both of these photos are good examples of wearing good sneakers casually without veering into “athleisure,” an aesthetic that seemed to reach saturation before I was totally comfortable with it, which probably says more about me than it. I admit do own fancy sweatpants, and I can confirm they do not make me any faster.