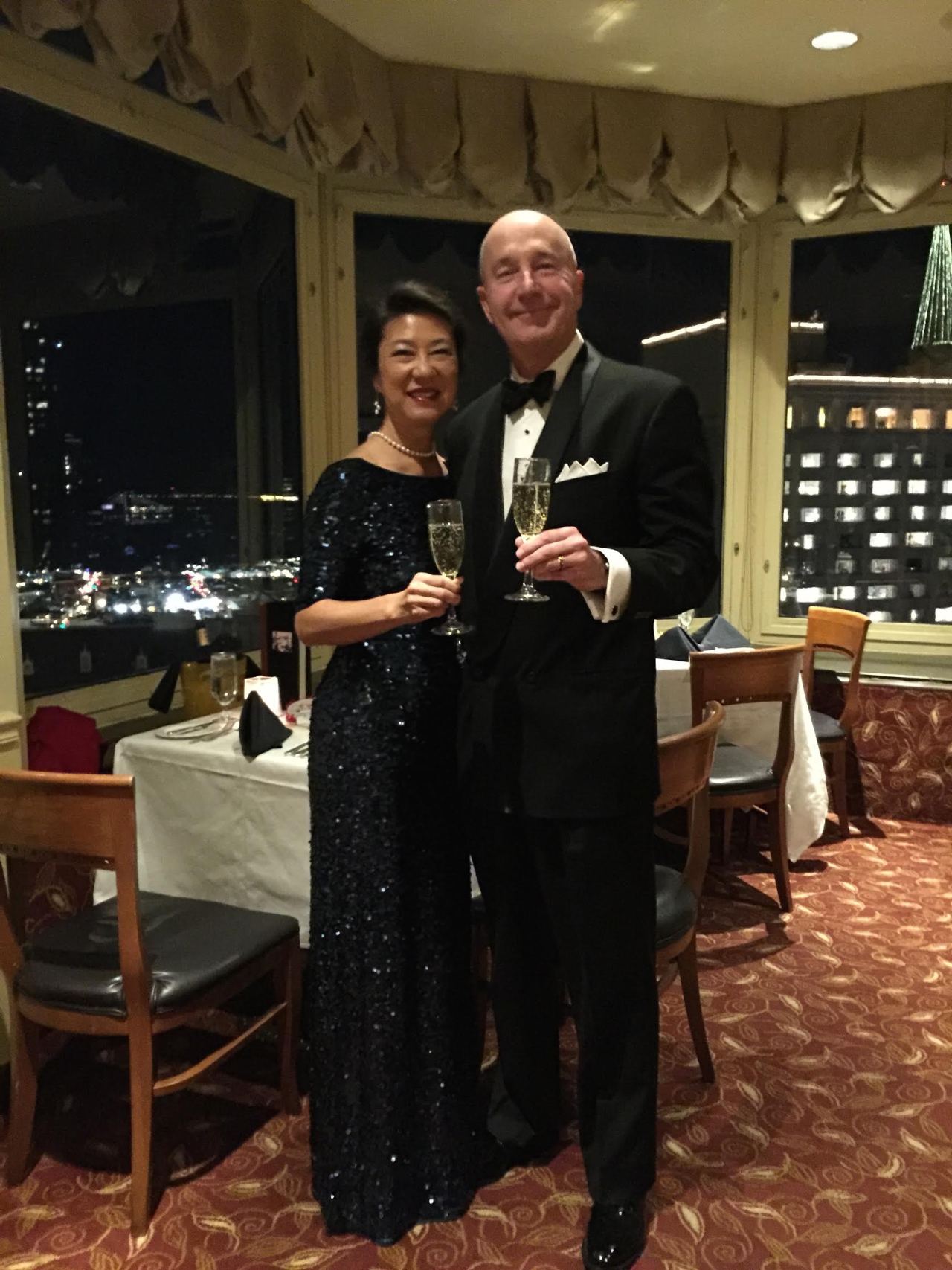 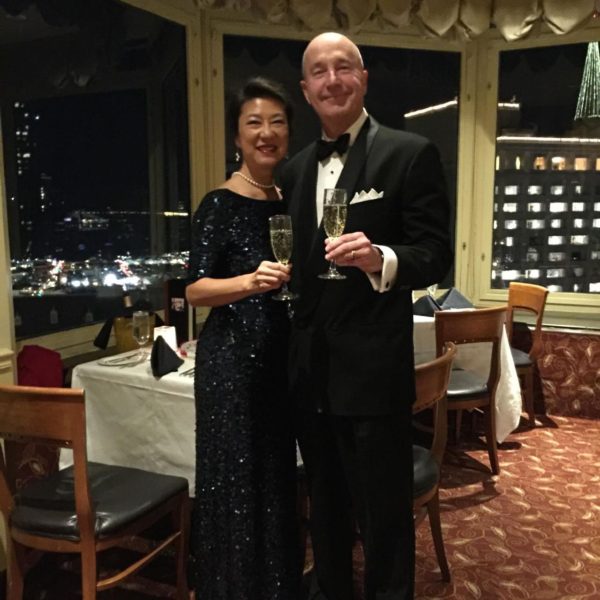 There’s no better opportunity to wear black tie than New Year’s Eve, when having the right clothes can give you an excuse to do something extra special. Unless you’re attending award ceremonies, fancy galas, and charity dinners throughout the year, however, the idea of buying a suit for wearing just one night a year can sound daunting.

Which is why the photo above is so inspiring. It’s of Andrew and his beautiful wife, both of whom live in San Jose. This past New Year’s Eve, they attended a black tie affair at Top of the Mark, a fancy rooftop bar at the swanky Mark Hopkins Hotel. Dinner, dancing, and drinks were had that night.

Both of them look like a million bucks, although Andrew spent considerably less. On him:

All in, Andrew spent about $505, which is less than what Suit Supply charges for a tuxedo alone. Polo Ralph Lauren charges about three times as much once you account for taxes. Of course, neither of these include all the accouterments one has to get, which – depending on what you choose – can double your costs.

As Andrew wrote me, “it’s not like you have to spend a fortune, but it does take some effort to assemble such a rig.” For a chance to have an extra special night on New Year’s Eve, and to enjoy it in style, putting in the work to own a suit you might only wear once a year doesn’t sound bad at all.