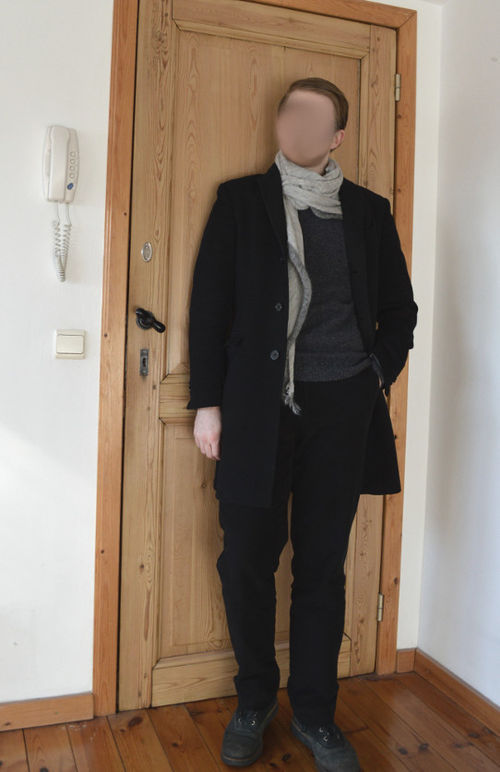 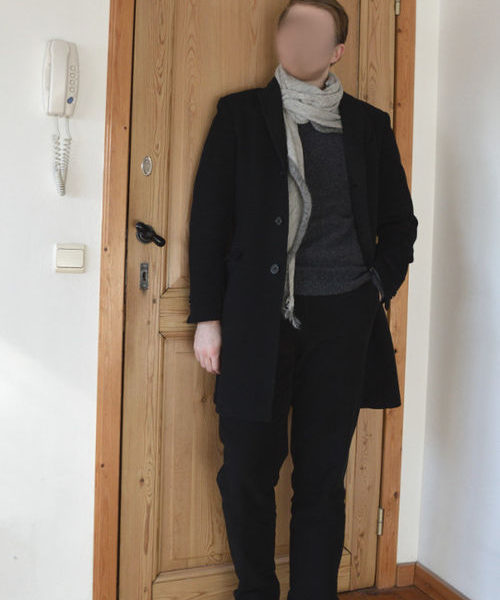 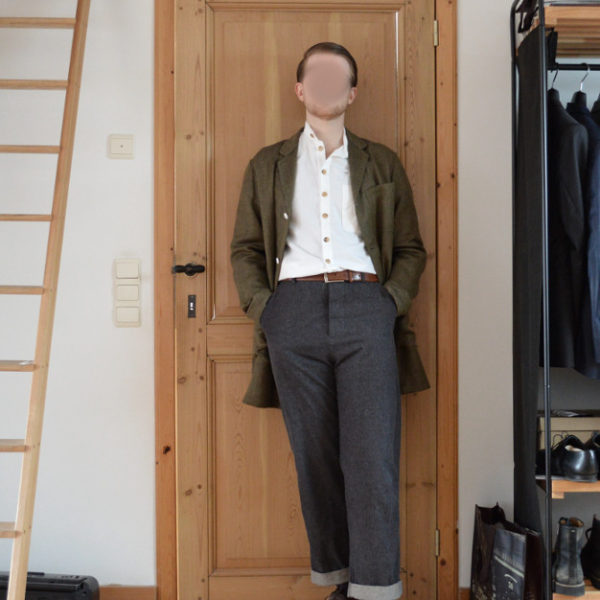 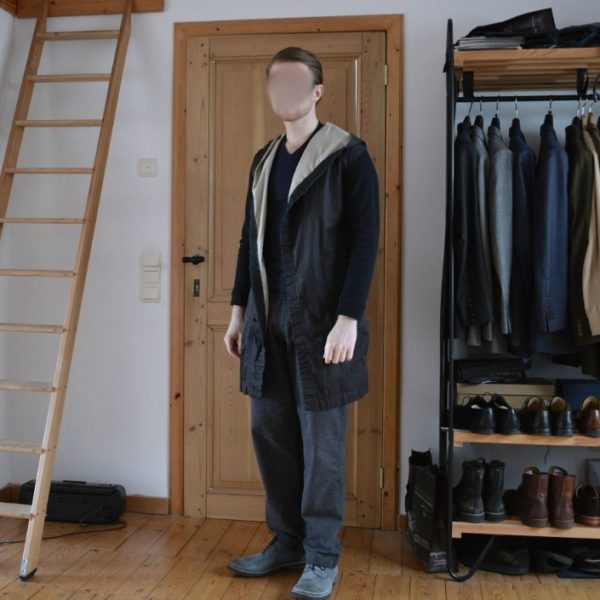 I can admit it. I suffer from American workwear fatigue. There’ll always be a place in my closet for work boots, raw denim, and plaid flannel shirts, but the concept of resurrecting honest, blue-collar clothing (and selling it to “knowledge workers” like me, who build/repair/produce nothing tangible) has been wrung dry the past few years, to the point that I’ve started to forget what I liked about it in the first place.

Syeknom, an Englishman living near Brussels (and a knowledge worker, as well) demonstrates a European take on design, heritage, and workwear that doesn’t have mud caked in its Vibram-soled boots.  Syeknom owns a sharp suit wardrobe and moderates reddit’s Male Fashion Advice forum, but recently has been wearing more tonal outfits, fuller-cut trousers, and substantial, dress-inappropriate shoes. The textures, patterns, and shapes he favors are those used by designers like England’s Margaret Howell and SEH Kelly, among others. That means a lot of gray tones, matte fabrics and leathers, and longer casual outerwear. Howell, who’s been designing clothes with a dash of blue collar influence since the 1970s, has said that drawing influence form the past and workwear can help us relate to new designs, but that reproduction is too literal. Syeknom said he doesn’t choose these clothes out of a sense of national pride, but rather just because they feel right to him–unfussy, organic, and relaxed. He’s also mixed in baggier, even less traditional stuff like Yohji Yamamoto’s designs and the Margiela-n influence of his current home, Belgium.

Pinning down what works and what doesn’t in the context of looser, quirkier clothes can be more difficult than following the more defined (although variable) rules of modern tailoring or the illustrations from vintage L.L. Bean catalogs, where there’s more of an objective standard of rightness, but it can be liberating to relax and allow for a certain degree of imperfection. It’s also liberating to wear some looser pants.