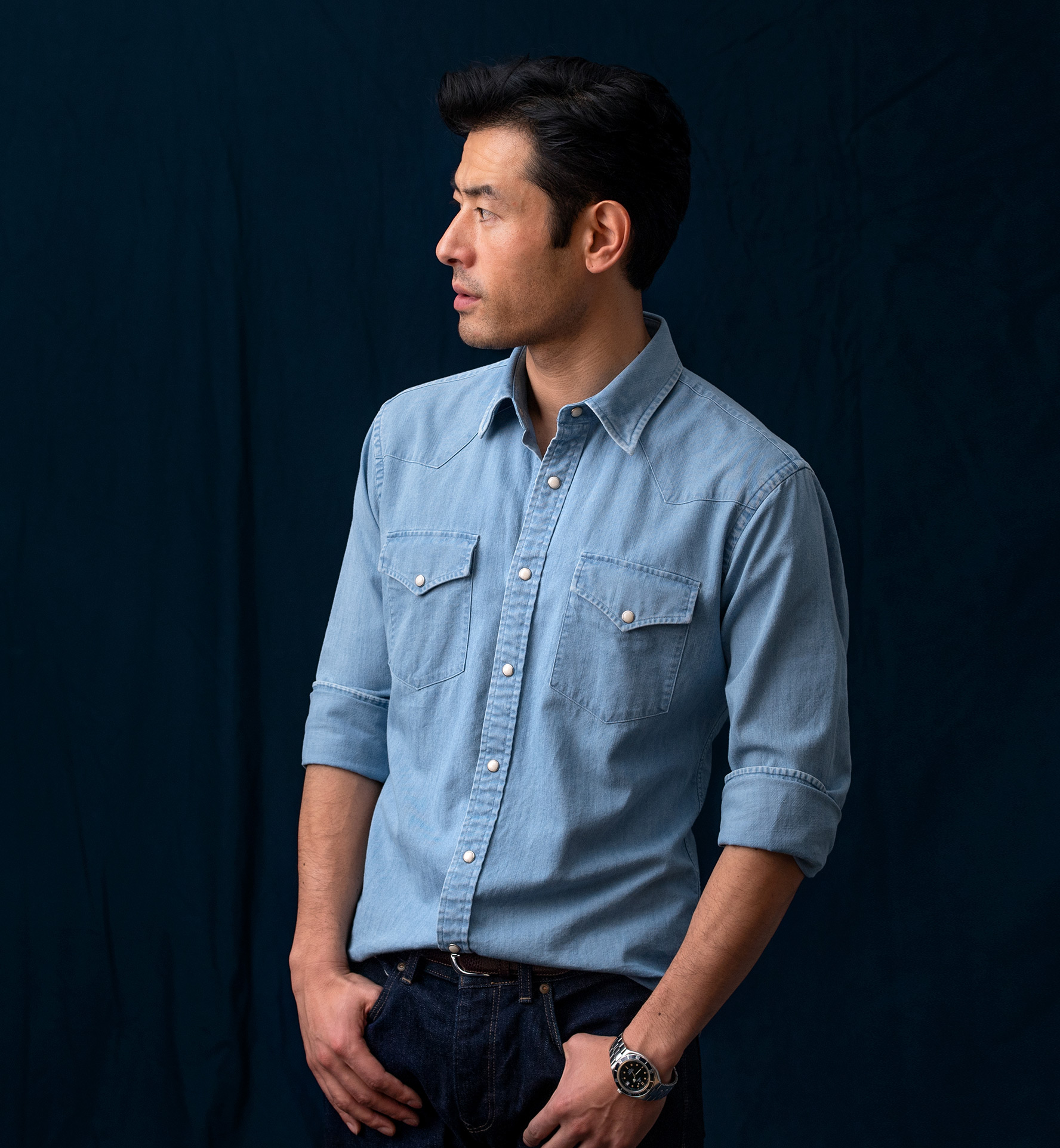 We’re incredibly thankful to have sponsors support our work. So, twice a month, we like to give them a special shoutout. Doing so allows us to show our appreciation and update readers on our sponsors’ latest happenings.

In the last few years, Proper Cloth’s washed denim shirts have developed a cult following. Ian Anderson, the writer behind the menswear blog From Squalor to Baller, recently did a review of these shirts, where he described them as being among his favorites. These shirts bridge the gap between ready-to-wear and bespoke. Being an online custom shirtmaker, Proper Cloth gives you the option of either having these made to their ready-to-wear specs or having them cut according to your measurements and styling decisions. That means you can use this slubby Italian denim to make Western shirts, popovers, or regular button-front shirts with spread or button-down collars.

After the shirts have been cut and sewn, they’re put through a special enzyme wash. It’s that last part that makes them so special. Most tailors don’t have access to industrial washing machines, so their denim shirts look too clean and dressy. By organizing bulk runs, Proper Cloth is able to offer custom-made shirts put through this special wash at a reasonable price. The enzyme washing process breaks down the fabric, giving these shirts a lived-in feel and those puckered seams that make this style so charming.

Chipp Neckwear is the online accessories arm of Winston Tailors, a legendary custom clothier that dressed Andy Warhol, Joe DiMaggio, and members of the Kennedy family during the heyday of Ivy style. Known for their more playful takes on traditional Anglo-American style, the company’s founder Sidney Winston helped popularize patchwork madras and tweed sports, often with colorful linings. Sidney’s son Paul is also known for his cheeky neckwear — a tie for the black sheep in the family, a play on a baseball phrase, and Santa with a … ahem … heart on. 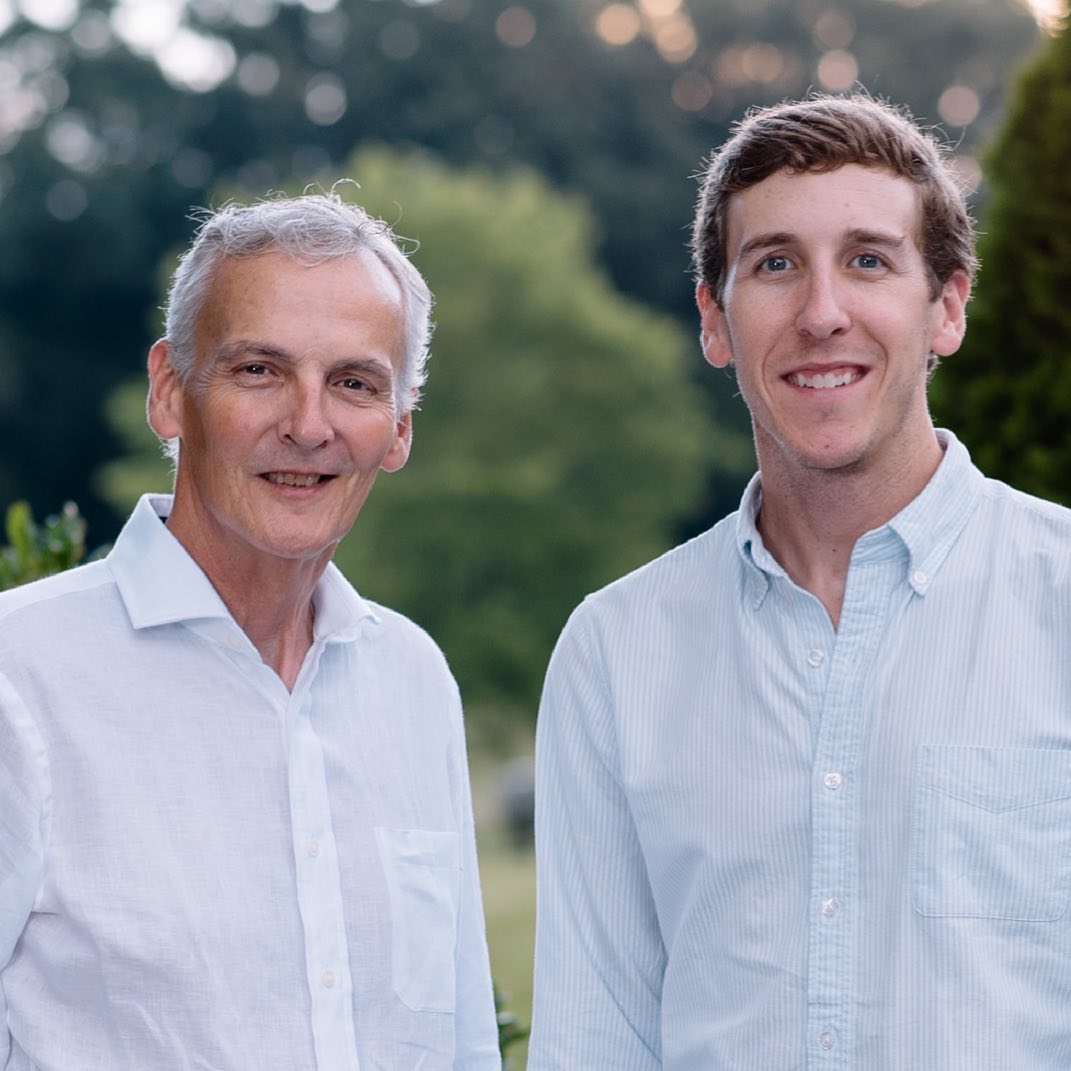 In the last few years, many customers have shifted their spending from made-in-the-USA products to those produced offshore. To be sure, many good things are created abroad. But as American factories have fallen like dominos, it’s worth revisiting what makes buying American so special.

Dapper Classics’ socks, for example, are produced at a third-generation, family-owned mill based in North Carolina. The company is so dedicated to American manufacturing that they even invested in machinery at this mill. By producing in the United States, they can offer high-quality socks that rival the best in the world, but offer them at a much lower price. Dapper Classics’ socks are just as well-made as those from Bresciani and Marcoliani — their dotted socks even hold up better in the wash — but instead of charging $40 for a pair of over-the-calf wool socks, Dapper Classics’ socks start at $20. They even offer a free pair if you purchase three at full price.

They’re able to do this because they don’t pay for import fees and international shipping. When you purchase something from Dapper Classics, a larger percentage of what you’re spending goes towards higher-quality materials, top-end construction, and higher labor standards. Dapper Classics also makes other things in the US: shirts, ties, and trousers, among other lines. The stories there are the same. For about $200, you can get trousers made in the US, which sit somewhere between the cheap pants at J. Crew and the uber-expensive trousers from Italy. Plus, from the manufacturing to the retail side, you’re supporting small and independent American businesses. 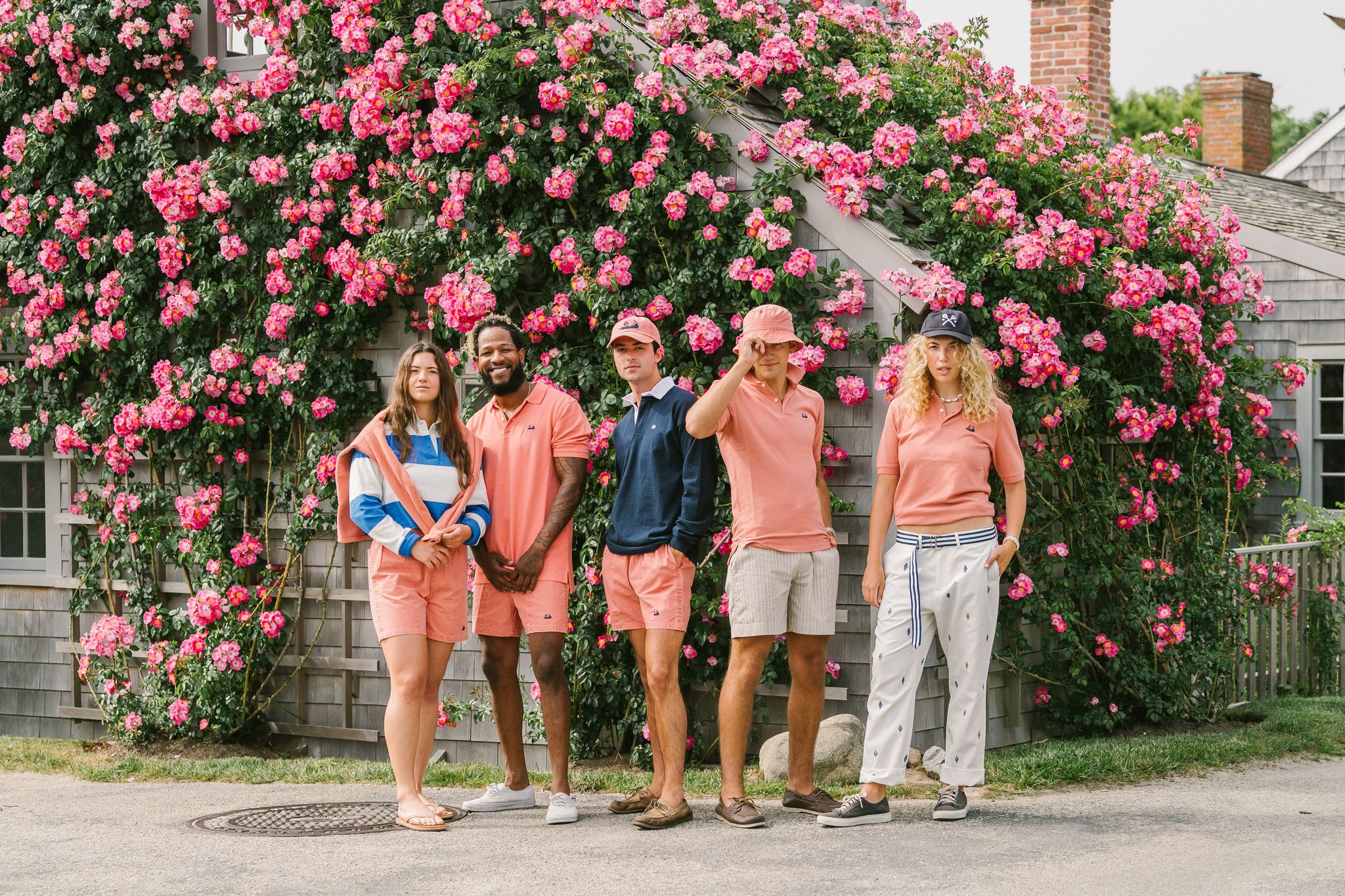 In 1951, when Philip C. Murray went to work at his family’s Toggery Shop, he ended up inventing Nantucket Reds — a faded red, blush pink style of cotton pants forever associated with prep. One of the store’s former salesmen, Ed Walton, enjoyed spinning stories about how Murray came up with the idea when he fell into cranberry bog while wearing stone chinos. Others say the pants are made to imitate red sailcloth, which is a common sight in the island-town of Nantucket. Indeed, during the 1950s, when these were first introduced, Murray’s pink trousers were made by the British sail company Rockall. Whatever their true origin, Murray’s Nantucket reds made it into the prep cannon when they were described in the Official Preppy Handbook as being “de rigueur at country and yacht club affairs with a blazer and club tie.”

Rowing Blazers has teamed up with Murray’s Toggery Shop to offer a capsule collection of unisex styles in this distinctive pink shade. The Rowing Blazers x Murray’s Toggery Collection includes elastic waist “gym shorts,” a long bill baseball cap, and a bucket hat in the original canvas fabric, as well as a piqué polo shirt, and a full-zip jacket and vest in buttery fleece.

The red canvas — guaranteed to fade to a unique pinky, sometimes orangey, sometimes slightly cerise, salmony color — is now known worldwide. Still, it began at Murray’s, an unassuming clothing shop at the top of Main Street on Nantucket Island. Tom Wolfe once described these pants as “airmail red.” Others call it pink or salmon. Summer girls who worked at the shop used to call them Hulbert Avenue Reds. But for most people, this color will always be known as Nantucket Red, and it’s now available in much more than pants. 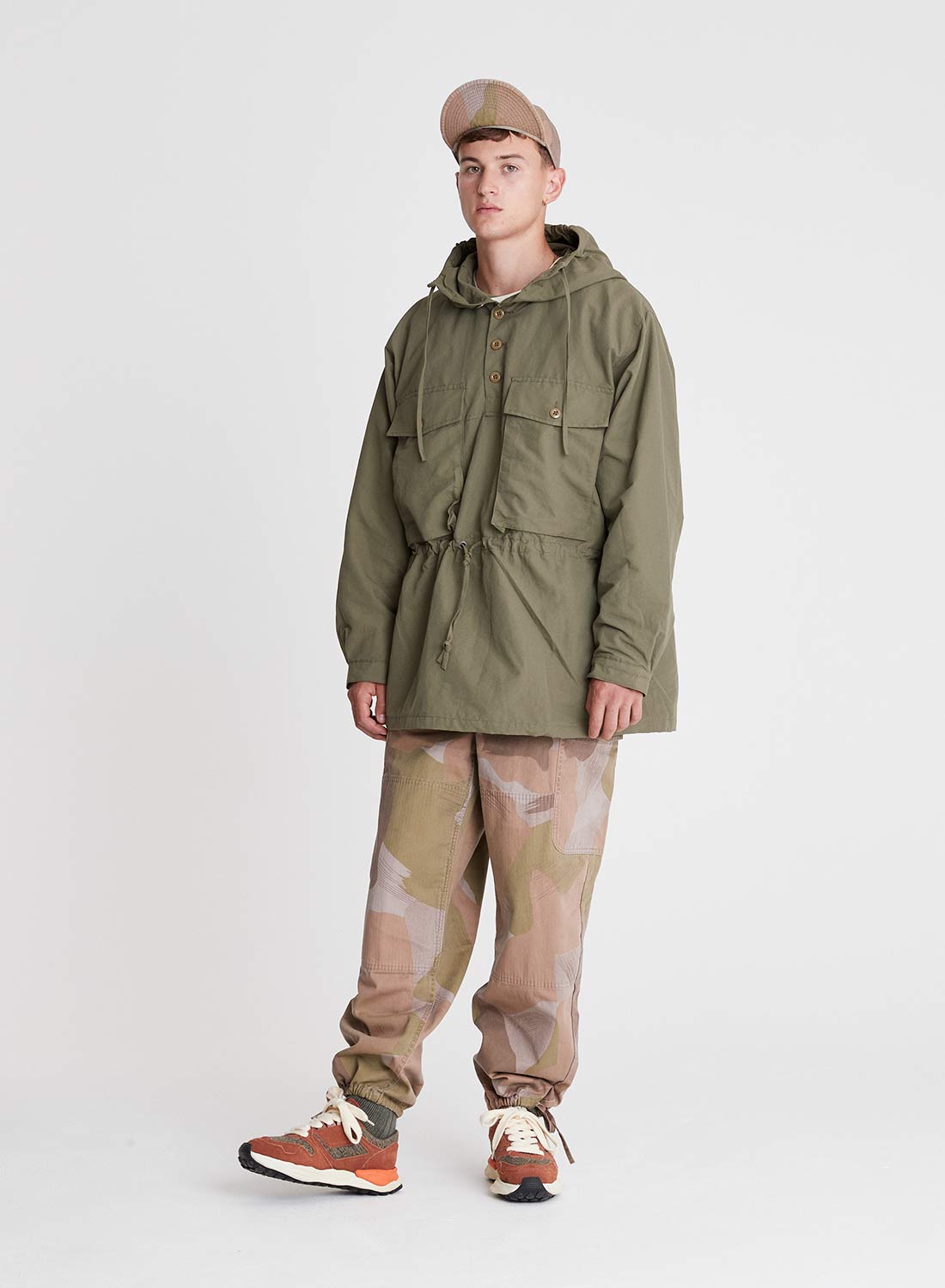 Nigel Cabourn is best known for how he tweaks expedition clothes in just-right ways. But on his Instagram, you’ll often see him and his friends wearing distinctive workwear styles such as factory dungarees, big Army pants, and military-styled pullovers. Many of those clothes can be found in his Lybro line. Initially established in 1927, Lybro was a British workwear label until it closed sometime in the 1970s. Cabourn rebooted the brand some years ago. Today, he uses it to make modern, high-end, workwear-styled clothes inspired by benchmarks in 20th-century design.

This week, the company launched its FW21 Lybro collection. Included are some boxy, zip jackets rendered in navy herringbone and camo twill. These jackets will create an interesting and flattering silhouette when paired with something such as Nigel Cabourn’s farm pants, pleated chinos, or Dutch fatigues. Short, wide jackets can help visually broaden the shoulders and chest, much like how slim, long coats create vertical lines. Plus, these jackets are functional with all the spacious pockets. For a dressed-down version of a traditional sport coat, you can also try Nigel Cabourn’s Mallory jacket — one of his best-selling pieces. Made from various types of tweed, these jackets ride the fine line between traditional tailoring and casualwear.

For an easy way to create a stylish outfit this fall, consider these camo pants in a loose cargo style or slimmer pleated chino. Double Eleven has similar “brushstroke” camo pants for a dizzying $895, but Cabourn’s start at $171. You can wear these with a denim trucker jacket and heavy boots come autumn. 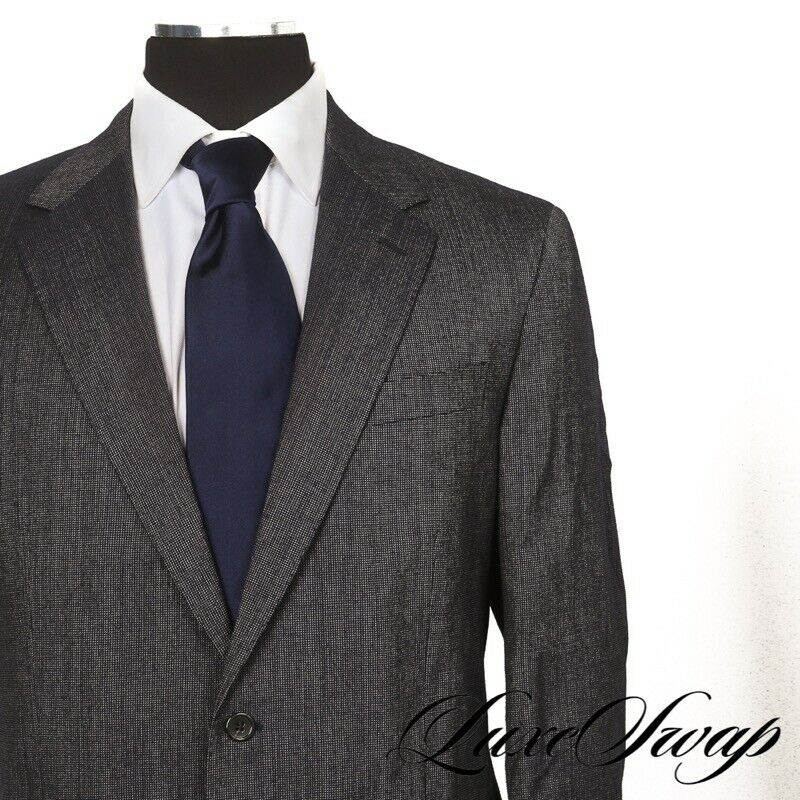 We all have clothes in the back of our closets that haven’t seen the light of day in years — and things this season we want to buy. To solve this problem, LuxeSwap has partnered with No Man Walks Alone and Epaulet to develop a “trade-up” program, which allows you to sell your old clothes through LuxeSwap’s consignment service and turn those profits into No Man Walks Alone or Epaulet store credit.

The program is straightforward. If you send your clothes to LuxeSwap, they’ll do all the hard work of selling them for you through their eBay webshop. And if you’re willing to take your profits in the form of store credit at NMWA or Epaulet, they’ll reduce their commission from 40% to 30% — and those stores will top off your profits with an additional 10%. Effectively, that means 30% more value than you’d get otherwise. Store credit gets posted not long after the auction closes, and it never expires.

LuxeSwap also offers free inbound shipping for anyone in the United States, as well as a 50% reimbursement for folks abroad. That means that you can ship them your items and they’ll take care of the cost when it comes time to pay you for your auctions. With such a hassle-free process, cleaning out your wardrobe has never been more rewarding.