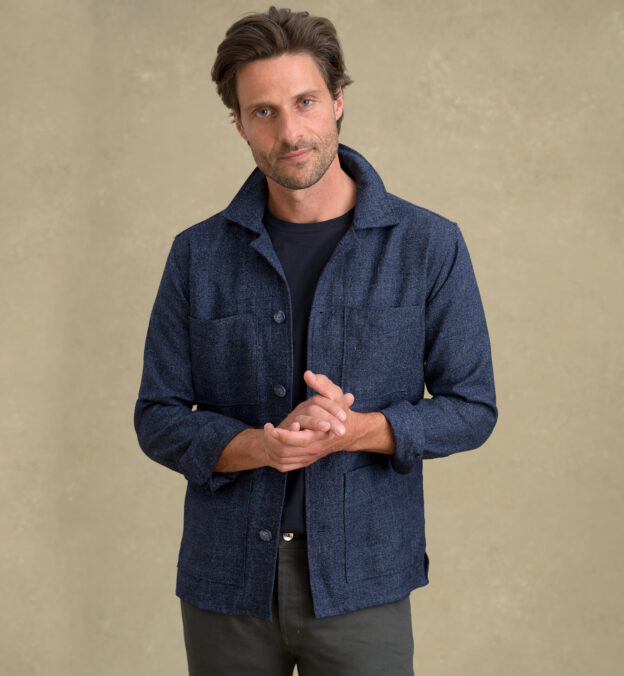 We couldn’t be more appreciative of our sponsors. As a small, independent menswear site, they’re the reason why we’re able to publish what we do. So twice a month, we like to give them a special shoutout. Doing so allows us to recognize them for their support, as well as update readers on our sponsors’ special happenings.

Among all the fibers that are used to make clothing, wool is arguably the most unique. Since this animal fiber is hollow, it wicks sweat from the skin — transferring it from one side of the garment to another. This is partly why wool is naturally odor-resistant. Wool knitwear doesn’t have to be washed as often as its cotton counterparts, and wool jackets typically require just a little brushing. Proper Cloth has channeled these properties where they count most — the layer that sits directly against your skin. Their merino wool button-up shirts — available in both ready-to-wear and made-to-measure form — are made from soft wool fibers sourced from the Italian mill Reda. These shirts are naturally wrinkle-resistant, odor-resistant, and come in classic business colors such as white and light blue.

Proper Cloth also has some new shirt jackets for light layering around the neighborhood or lounging at home. The design is inspired by the classic French chore coat — a button-front, four exterior pockets, and a fold-down collar. Except these are a little more tailored and cleaner looking, which allows them to sit somewhere between a sport coat and workwear. Proper Cloth has them in various colors, all made from wool and linen fabrics sourced from Vitale Barberis Canonico. At just under $200, they can be the casual jacket you wear with jeans, chinos, or even tailored trousers. 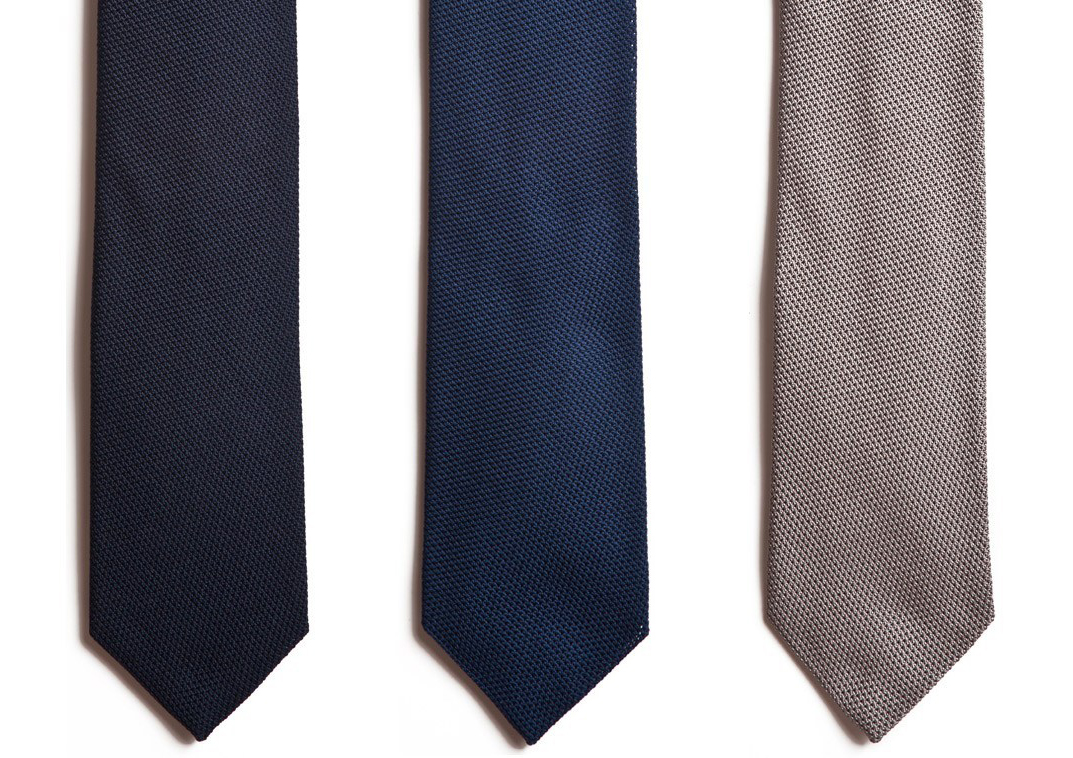 Long-time readers know Chipp supplies the most affordable grenadine neckties. They source their silks from the same Italian mills as top-end brands, but their ties start at a much more affordable $45 (grenadines are $60 and, like everything Chipp sells, are made in New York City). Paul Winston, the shop’s owner, tells me he can’t imagine charging much more because he remembers what neckties used to cost fifty years ago, back when his family’s business dressed men such as President John F. Kennedy, Andy Warhol, and Joe DiMaggio.

If you’re looking for your first grenadine, consider three colors: black, some sort of dark blue, and silver. Black can look severe in certain contexts, which is why it’s often not recommended for suits or socks, but the color manages to be neutral for grenadines and knit ties. You can wear a black grenadine with navy suits, tobacco linen suits, and brown tweeds. Dark blue, either in the shade matching your navy suits or one shade lighter, is equally versatile (a dark blue tie can also be an excellent way to visually anchor a light-colored sport coat, which could otherwise float away from you). Lastly, silver grenadines are for guys who only wear ties on special occasions — weddings, fancy parties, and other formal gatherings. Silver ties look less like office clothes than their dark blue counterparts, and the textured grenadine weave here keeps these from looking cheap and shiny. 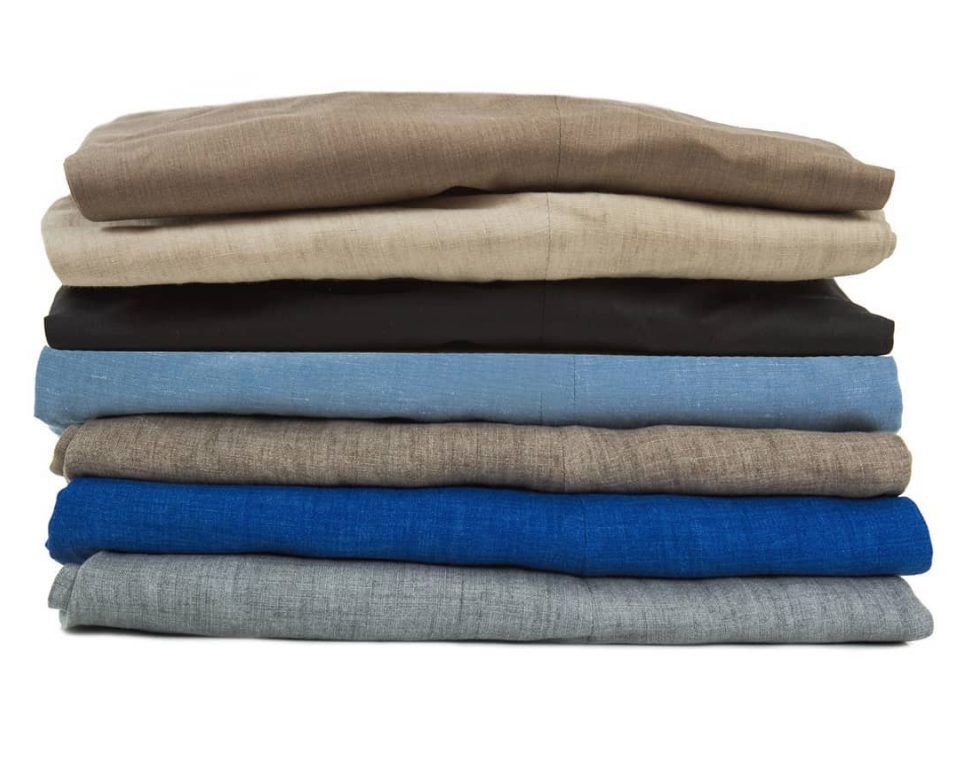 Dapper Classics is holding their Trifecta sale this weekend. Until the end of the weekend, you can take 20% off all ties, belts, and trousers. We’ve crooned about Dapper Classics’ trousers before. Made at the Hertling factory — formerly of Brooklyn, New York, now at Fall River, Massachusetts — these trousers have a split-rear waistband, unfinished length, and are made from top-end European materials. They’re among the best values on the market because you’re not shouldering a company’s import costs.

Dapper Classics’ other offerings are similarly value-focused. Their belts are made at a small workshop in Pheonix, Arizona, and constructed from full-grain Italian calfskin leather. Available in staple colors such as black, cognac, and dark brown, these will match nearly any of your shoes. They’ve also priced them at just under $100 — a much lower price than what you’ll find from mainstream brands such as Ralph Lauren or Brooks Brothers, often for lower quality. 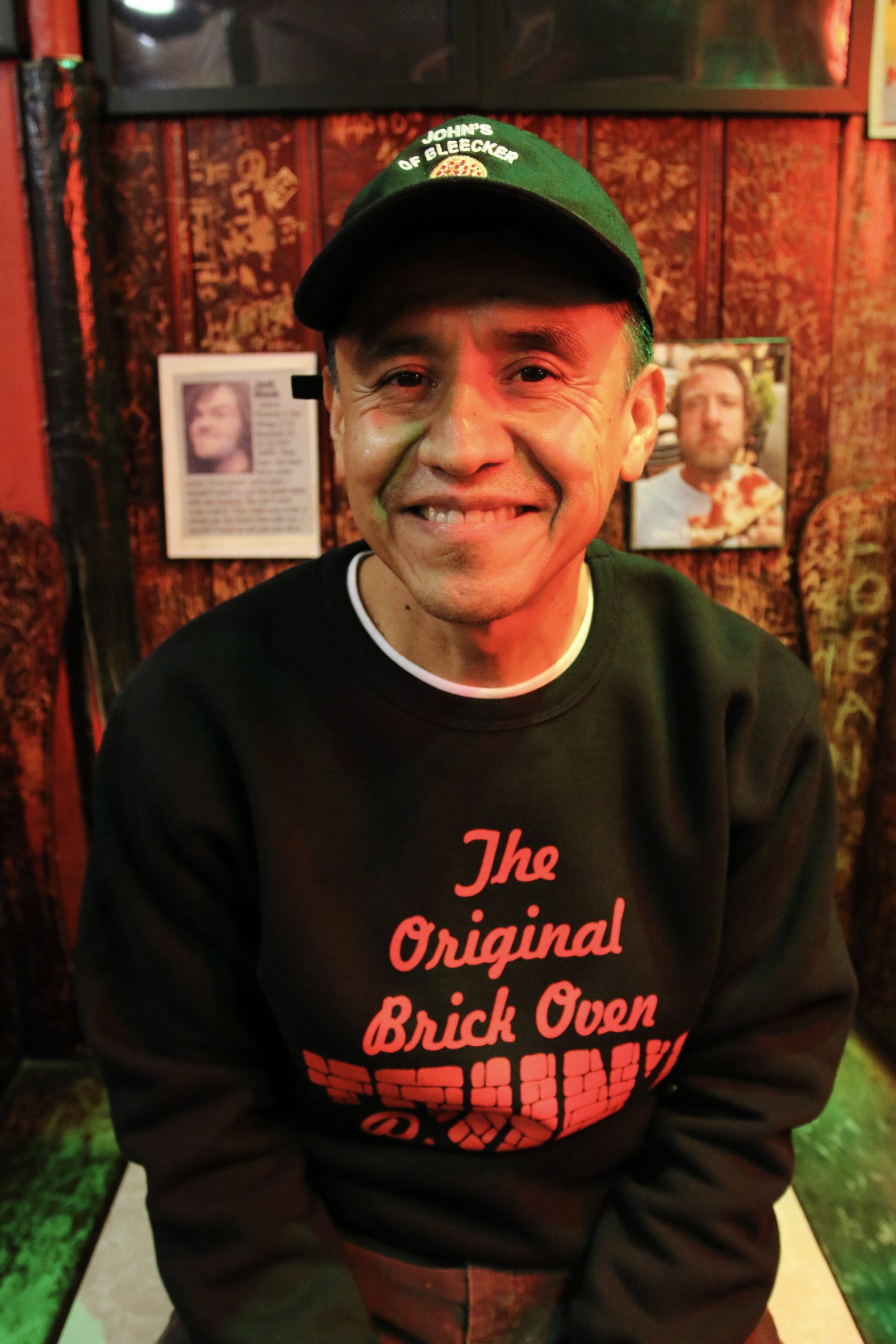 Rowing Blazers has partnered with another New York institution, John’s of Bleecker Street, home of the city’s oldest working pizza oven and one of the city’s most beloved pizzerias, for a limited-edition collaboration.

The capsule, which includes a rugby shirt, a hoodie, a crewneck, a tee, and a dad hat, uses two throwback versions of John’s of Bleecker Street logo: the “Mario” bricks logo, and the famous “NO SLICES” logo. (To this day, the pizzeria is known for its strict no-slices policy: John’s only sells pizza by the pie, but trust us, it’s worth it). Many John’s employees have been at the pizzeria for decades and can be seen proudly sporting John’s apparel from when they started, emblazoned with these retro versions of the logo.

In his own words, Rowing Blazers founder and former US national team rower Jack Carlson describes: “John’s of Bleecker is my favorite pizza place in New York City. As a regular, I always enjoy sitting in the main dining room and watching the neophytes come in and say, ‘Let me get two slices of –,’ only to be interrupted with John’s motto: ‘No slices.’ It’s on the awning outside, and basically, everywhere you look in the restaurant (including a piece of original artwork by another notable John’s fan, Baron von Fancy, hanging in one of the dining rooms). We’ve collaborated with the amazing folks at John’s to recreate some of this vintage apparel with the original logos. They’re old-school and look almost bootleg. But they’re not. This limited-edition capsule is the real deal — just like John’s of Bleecker Street.” 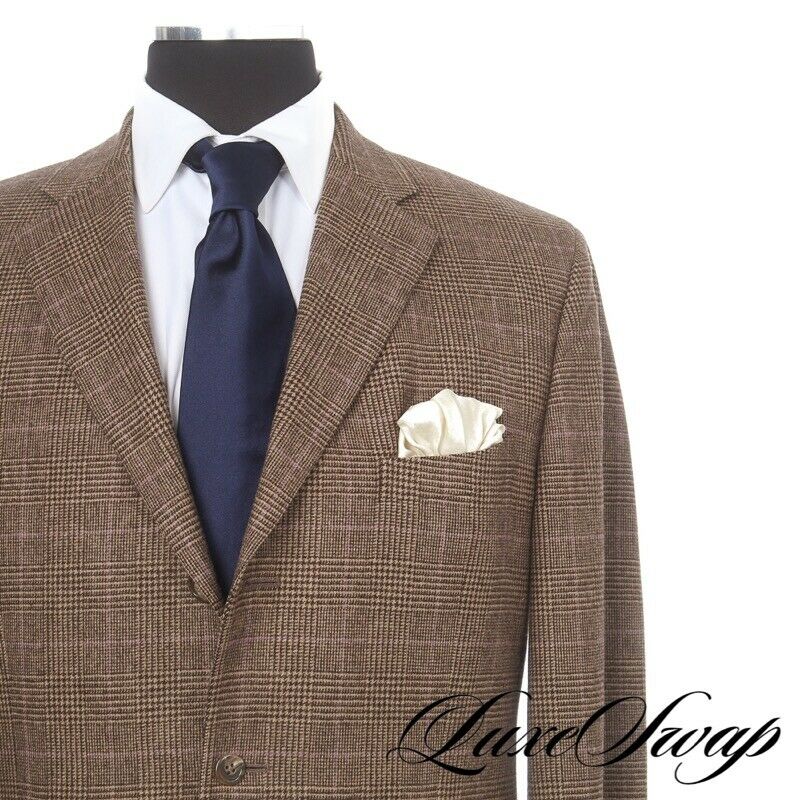 Inveterate thrifters know that you can always spot a Ralph Lauren piece on the rack. Over the course of the company’s 50+ year history, they’ve made every piece of clothing imaginable, but there’s always something rugged, special, and quintessentially American about the designs. This past week, LuxeSwap threw up nearly a hundred items from the storied brand. There are mahogany semi-brogues, brown glen check sport coats, braided belts, cream linen sport coats, suede field jackets, and the company’s distinctive ties with doggie and madras motifs.

LuxeSwap also has a ton of other special items this week. There are watch winders, accessories from the legendary Tie Your Tie label, Orslow jeans, patchwork Blue Blue Japan jackets, grey Haversack polos, and suede Brooks Brothers semi-brogues. As ever, to narrow in on LuxeSwap’s best inventory, you can do a search for #1 MENSWEAR.