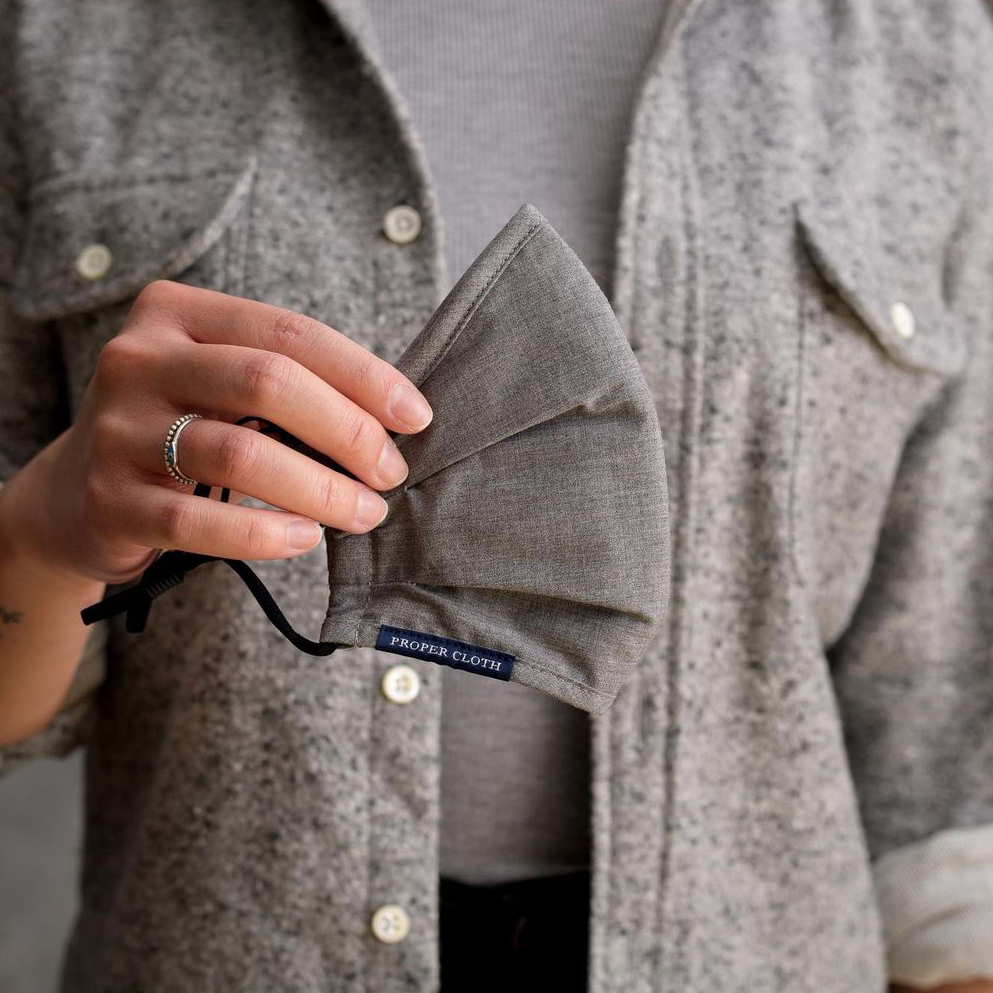 As an independent menswear site, we’re incredibly thankful to have companies who support what we do. So, twice a month, we like to give our sponsors a special shoutout. Doing so allows us to recognize them for their support, and update our readers on our sponsors’ latest happenings.

Proper Cloth’s Everyday Mask has become one of the company’s best-selling items in the last year. Much of it has to do with the fit. Most masks are about 6 to 8 inches wide, so they cover your mouth and about half of each cheek. Proper Cloth’s masks are much more generously cut — roughly 6.5 inches tall and nearly 10 inches wide — it covers the tip of your nose down to underneath your chin, and wraps around almost ear-to-ear. This gives you much better protection, as the mask can filter out the air that blows out from the sides.

In the last few months, the Proper Cloth team has been making iterative improvements to their design. The new Everyday 2.0 Mask keeps all the good things that made the first version popular — more coverage, a moldable metal nose bridge for a sealed fit, and a multi-layer system with a built-in filter. But they’ve improved the shape, so there’s more breathing room inside, lengthened the pleats to enhance the fit, and made small sewing adjustments to give the mask a cleaner finish. The result is an attractive, comfortable, and effective mask that you can wear every day. Proper Cloth sells them in three colors — grey, navy, and black — and two different strap designs. For every mask purchased, the company will also donate one to a healthcare worker. 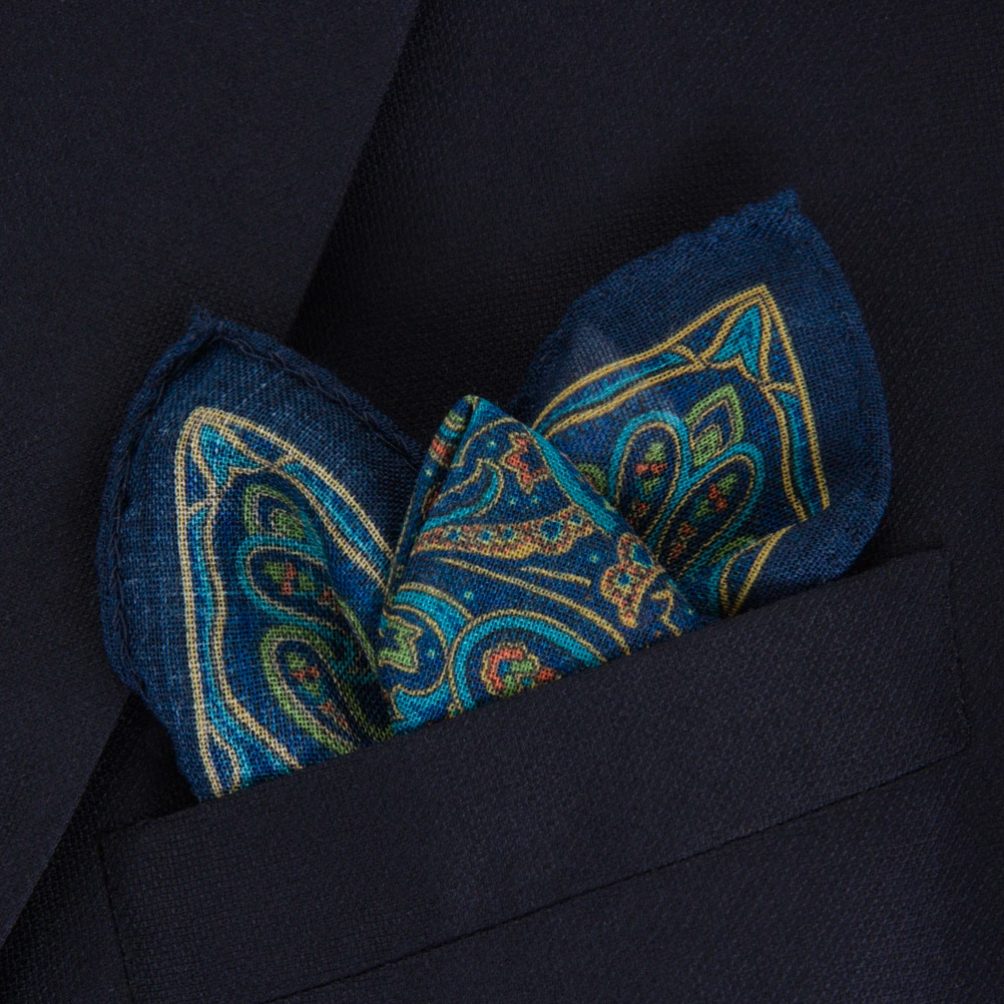 There’s an easy way to do this when choosing a square: avoid anything that looks like it may have come in a boxed set with your tie. Instead of choosing something that matches your tie, pick something that complements it — a dominant color that picks up the secondary or tertiary color in your neckwear, or complements the background. A gold-colored pocket square, for example, can be an excellent want to accent a navy tie.

Dapper Classics has pocket squares in every color imaginable. Some come in colorful, non-repeating patterns, such as their designs representing the medical profession or the scales of justice. A little turn here or there, and you can show the colors you want most. The teal paisley pocket square pictured above will go with anything except a teal paisley tie. These squares are made in Italy and feature carefully rolled edges — a nice touch that prevents this from just looking like a napkin in your pocket. 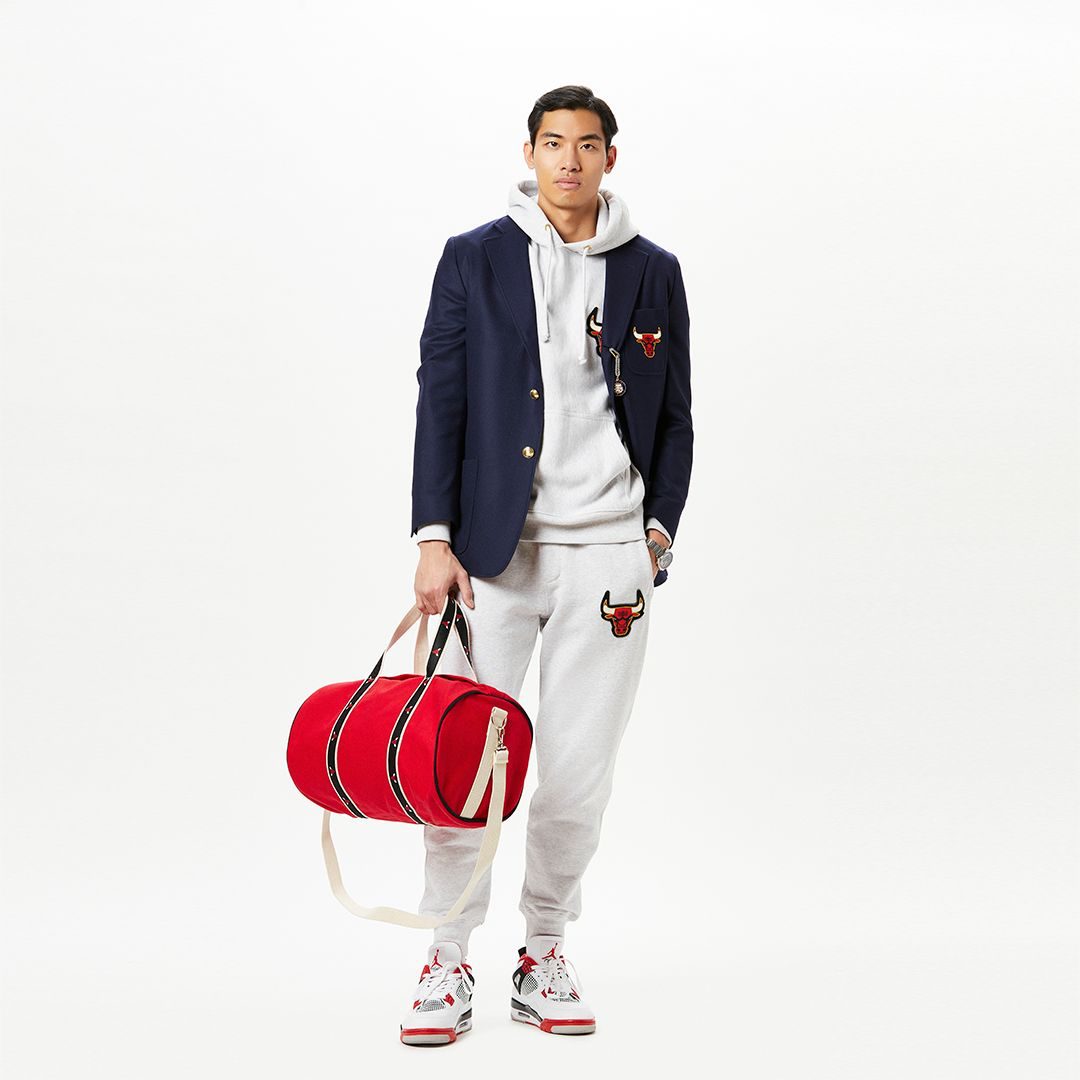 As NBA arena entrances have become something of a fashion runway, many keen-eyed style enthusiasts have noticed that some of the league’s biggest stars have been wearing Rowing Blazers. The preppy-with-a-twist label has been seen on Russell Westbrook (Washington Wizards), Carmelo Anthony (Portland Trail Blazers), Jordan Clarkson (Utah Jazz), Tobias Harris (Philadelphia 76ers), Donovan Mitchell (Utah Jazz), and D’Angelo Russell (Minnesota Timberwolves), among others. Two weeks ago, retired NBA legend Dwyane Wade (Miami Heat) wore a Rowing Blazers sweater (the Princess Diana-inspired “I’m A Luxury” sweater) in a viral video on his Instagram.

So it’s no surprise that Rowing Blazers, which has been on a roll in securing collaboration deals, recently collaborated with the league on a small line of clothes and accessories. The line features blazers, rugbys, sweats, trousers, and accessories, each emblazoned with team logos. There’s a Chicago Bulls bankers bag, a Lakers club tie, a Celtics blazer, a Golden State Warriors scarf, and an NBA league intarsia sweater. There’s even an official NBA basketball produced by Spalding in Rowing Blazers’ regimental stripe. You can find the collection at Rowing Blazers’ flagship store in New York City, Fred Segal in Los Angeles, and online. 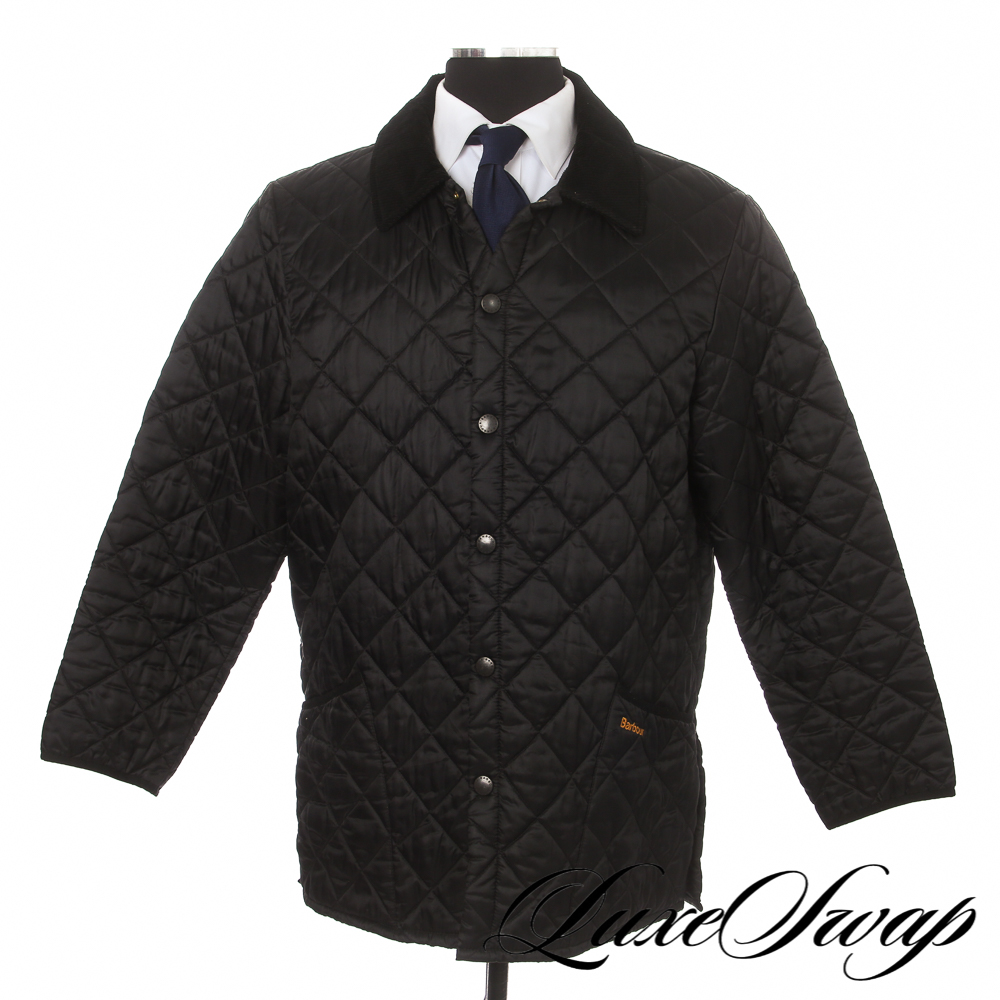 Long-known for their high-end menswear auctions on eBay, LuxeSwap recently branched out onto a new auction website, AuctionNinja, where they’re mostly auctioning off womenswear, home items, and vintage. The items are listed as groups, each set consisting of over a hundred items and scheduled to go up (and end) at the same time.

Although most of the auctions are focused on womenswear, you can find some quality men’s items here and there. There’s a quilted Barbour jacket, boxed Brooks Brothers fragrance, white Thom Browne button-down, and a small set of Club Monaco v-neck sweaters. Note that the first lot of auctions ends in about 24 hours. For more items, check back every now and then. Since these lots will likely get less traffic than LuxeSwap’s eBay auctions, you may be able to land an especially good deal.