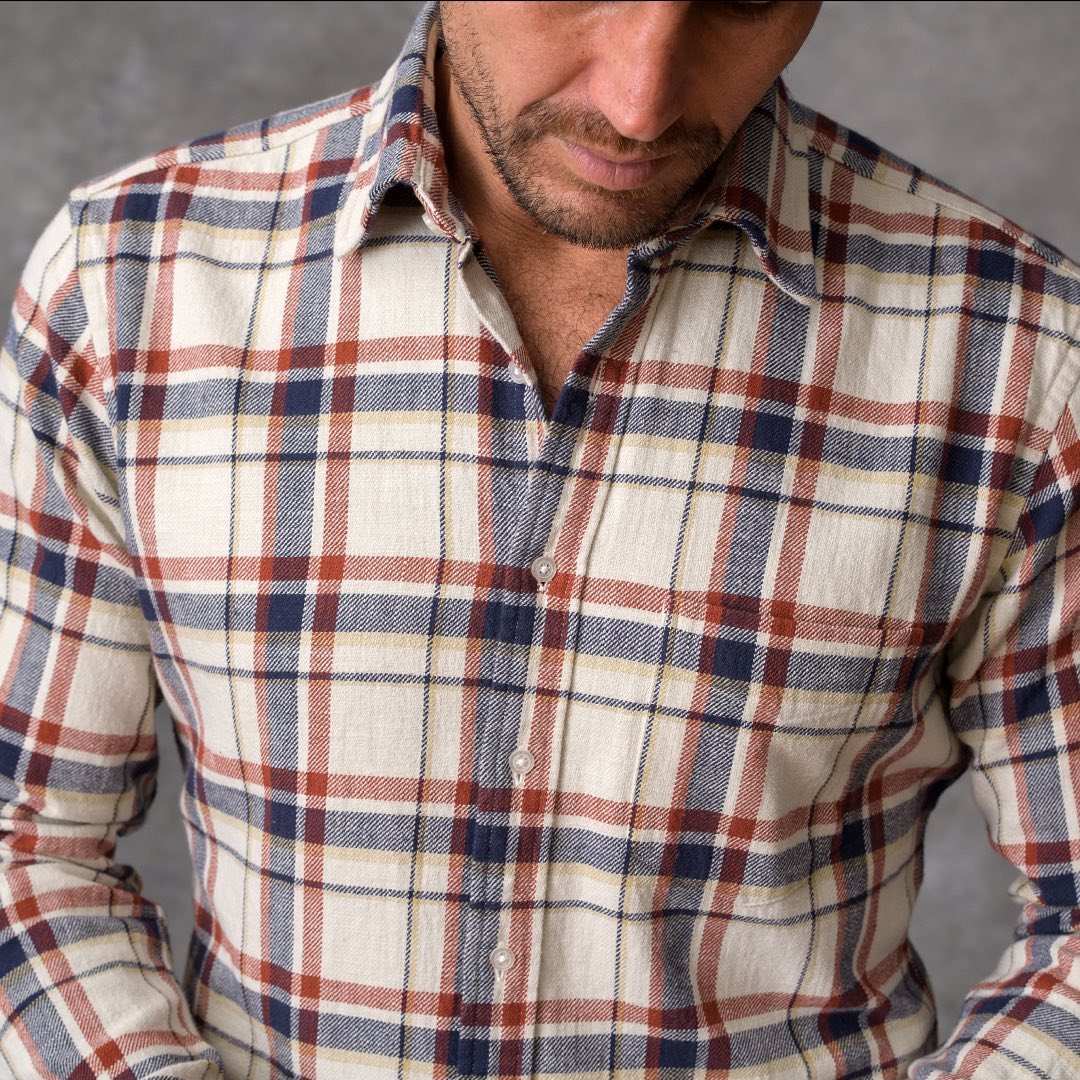 We’re incredibly thankful to have sponsors support our work. So, twice a month, we like to give them a special shoutout. Doing so allows us to show our appreciation and update readers on our sponsors’ latest happenings.

Any purchase at Proper Cloth today will go towards feeding the hungry. The online shirtmaker is partnering up with one of New York City’s largest hunger-relief organizations, Food Bank for New York City, which has fed millions of people since its founding in 1983. For every piece of custom clothing sold today — custom shirts, trousers, jackets, and suits — Proper Cloth will donate $20 to the food bank. Every $1 donated will provide five meals, which means a purchase will provide a full hundred meals to people in need.

Note, if this is your first time ordering a shirt from Proper Cloth, they’ll also offer a free remake. This allows you to home-in on the fit. On their website, you can enter your body measurements or the measurements of your best fitting shirt. Once your pattern has been dialed-in, ordering new shirts will be a breeze, as you can select shirt fabrics and style details that are to your liking.

Chipp Neckwear is the online accessories arm of Winston Tailors, a legendary custom clothier that dressed Andy Warhol, Joe DiMaggio, and members of the Kennedy family during the heyday of Ivy style. Known for their more playful takes on traditional Anglo-American style, the company’s founder Sidney Winston helped popularize patchwork madras and tweed sports, often with colorful linings. Sidney’s son Paul is also known for his cheeky neckwear — a tie for the black sheep in the family, a play on a baseball phrase, and Santa with a … ahem … heart on. 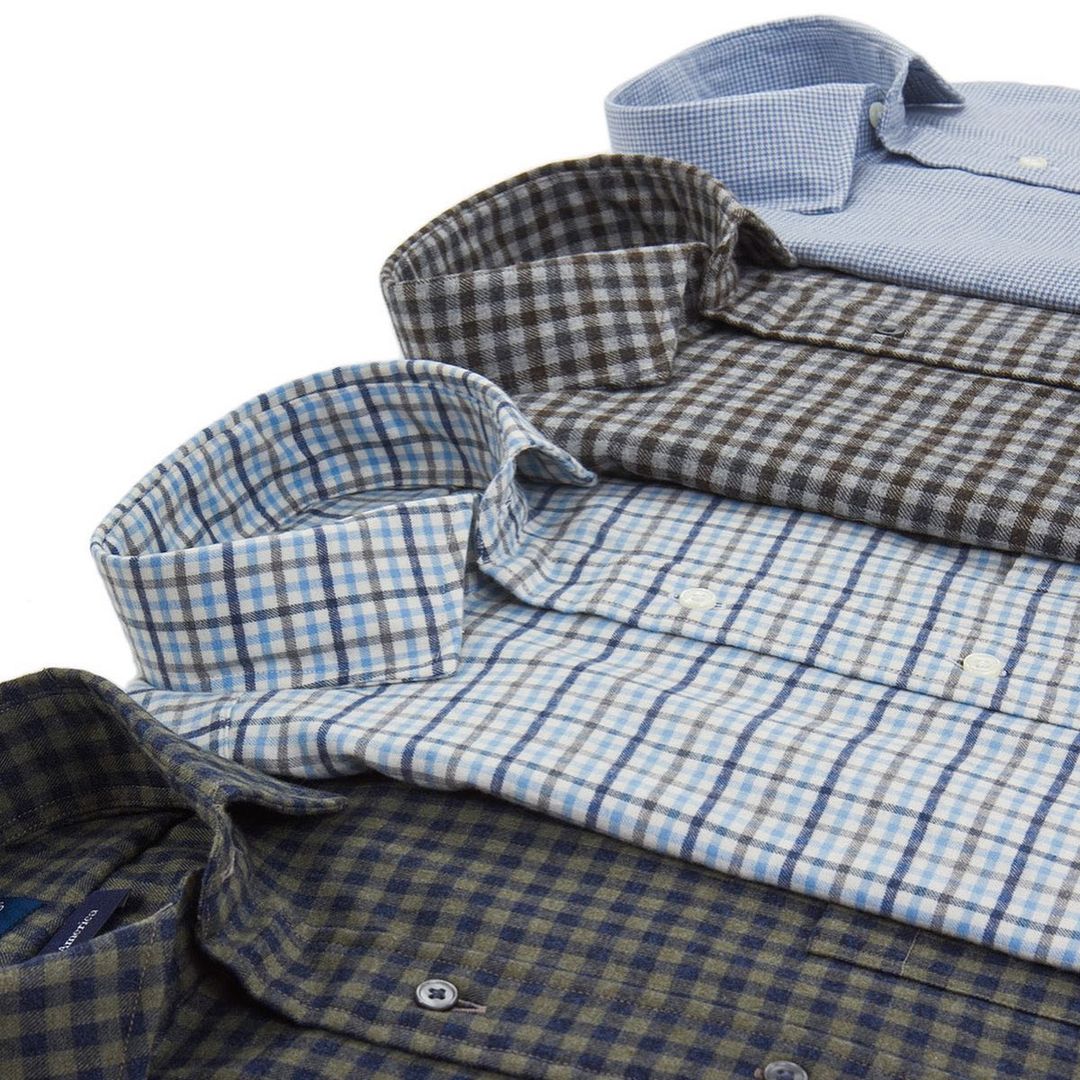 Dapper Classics started a few years ago with a modest line of high-quality made-in-USA dress socks. Their socks rival those from top-end European brands such as Marcoliani and Bresciani, offering the same quality at a lower price. Since then, they’ve also expanded into trousers, neckties, pocket squares, belts, and scarves, all with an eye at providing high-quality items at a more affordable price than what many other producers charge. This week, they’re proud to debut their new line of sport shirts.

These shirts were made in New England at one of the last shirt factories remaining in the United States. The factory is nearly a hundred years old and employs about twenty people, some of whom have been making shirts for most of their lives. These specific shirts are cut and sewn from a cotton flannel that has been finished with a slightly firmer interlining, so the body is comfortably soft while the collar is firm enough to not collapse under a jacket’s lapels. Dapper Classics offers them in two fits, trim and extra trim, and then four colorways, so you can pair one with anything from grey flannel trousers to blue jeans. Get the light blue houndstooth or plaid if you want something you can easily wear as a replacement for an office shirt. The slightly darker checks are more casual and better with jeans. 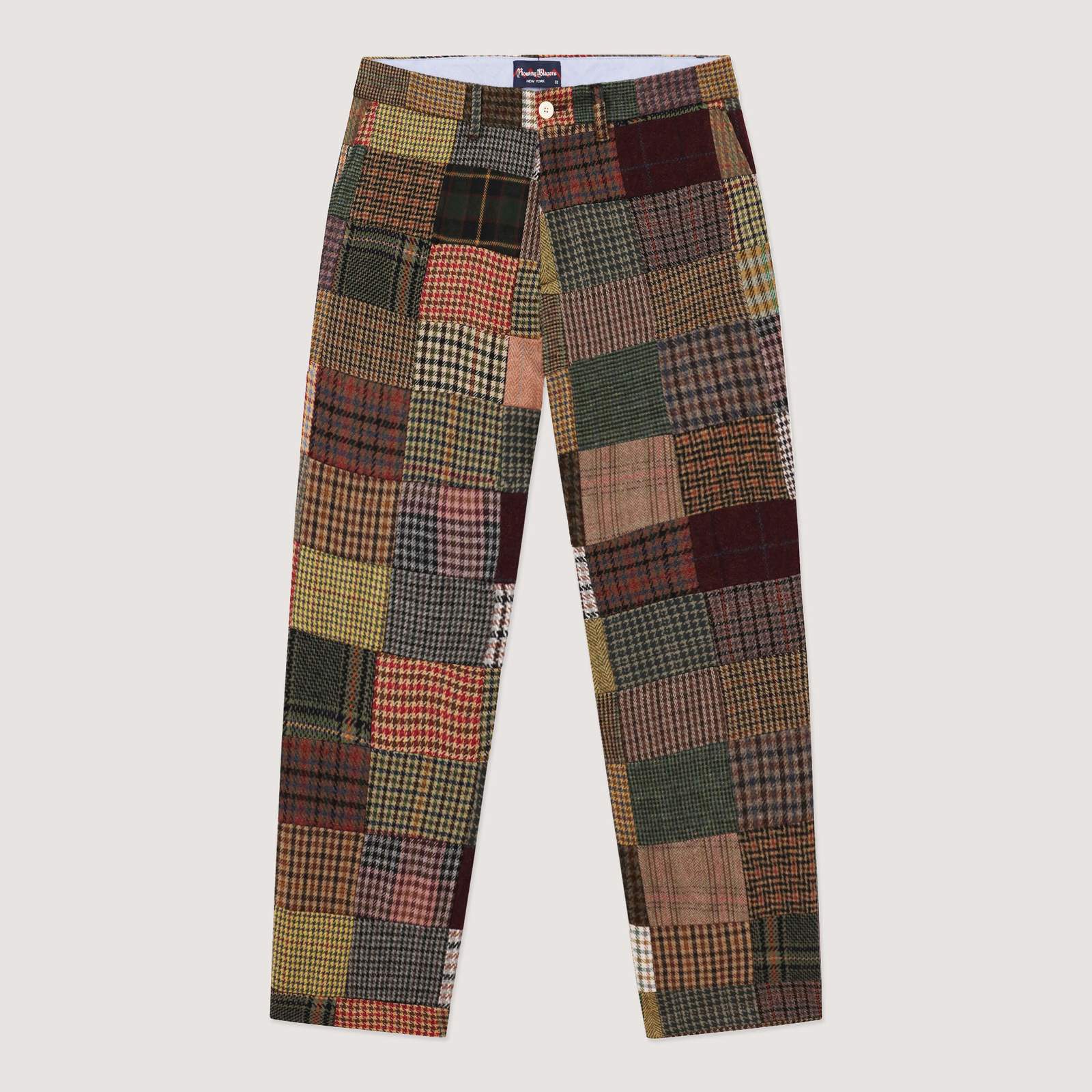 There are just a few more days left in Rowing Blazers’ Boxing Day sale, where you can find select items discounted by as much as 40% off. Included are the company’s famous rugby shirts and dad caps, their new collaboration with Babar and Sperry, and the wild patchwork tweed pants shown above. Our sponsor Chipp famously made patchwork tweeds in the 1950s and ’60s, and the style was later picked up by companies such as Andover Shop and even the Savile Row tailoring house Huntsman. Much like patchwork madras, “fun shirts,” and go-to-hell pants, patchwork tweeds are whimsical, fun garments made to be worn with Shetland sweaters, oxford button-downs, penny loafers, and other trad staples. Rowing Blazers’ version is made in Portugal from genuinely patched tweed, not print. 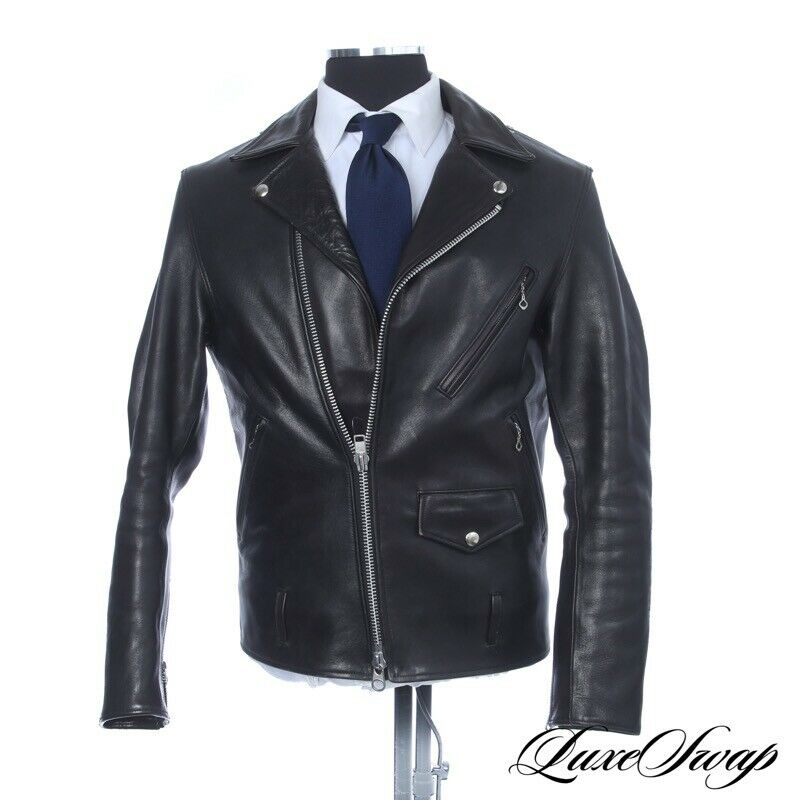 Every Thursday, our sponsor LuxeSwap throws up hundreds of new menswear auctions on eBay. These auctions last ten days, which means they end on the second Sunday after their posting. Since LuxeSwap founder Matthew is a longtime StyleForum poster and menswear enthusiast, he also has an eye for quality clothing and only puts up the best.

This week, LuxeSwap has leather jackets from Fine Creek Leathers, a boutique operation based in Japan that specializes in unique vintage-repro leather jackets. The company often uses slightly different grains for each panel, which results in a mismatched look that’s closer to the originals off which these designs are based. LuxeSwap has the black horsehide double rider and zippered racer this week. They also have Rota trousers, Vass split toes, Evan Kinori ranch jackets, vintage Cowichans, Nine Lives flannels, and a Jamieson’s Fair Isle v-neck. For a quick browse of what Matt thinks are the big gems in his stock, do a search for “#1 Menswear.”