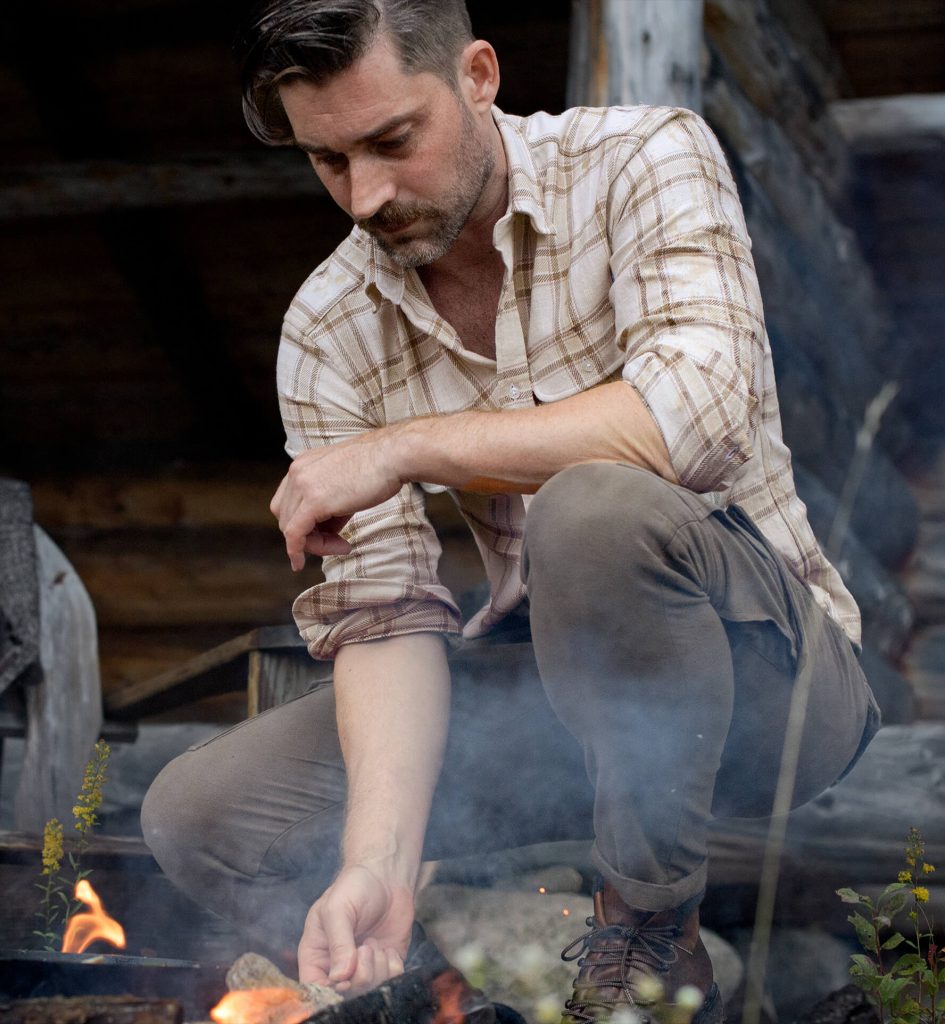 Put This On wouldn’t be possible without the support of our sponsors. So, twice a month, we like to give them a special shout-out. Doing so allows us to recognize them for their support, as well as update readers on our sponsors’ latest happenings.

Proper Cloth’s new fall lookbook feels like a dream. Shot on location at Old Forge, New York, it features a man who has seemingly gotten out of the city and escaped into the countryside. Why is he wearing luxurious topcoats, soft-shouldered sport coats, and business-ready suits near a cabin? We don’t know. But it’s a mood.

Every year around this time, Proper Cloth brings back their Japanese Country Plaid shirt fabrics. It’s among their best-selling fall items, and available again this year. Pictured above is one of the shirts in a beige-brown combo, which Proper Cloth has teamed with moleskin cargo pants and hiking boots. The shirts are also available in warm tones, such as sunset orange and washed scarlet, and the cooler tones of light blue and grey. You can see them in motion in Proper Cloth’s highly cinematic video. 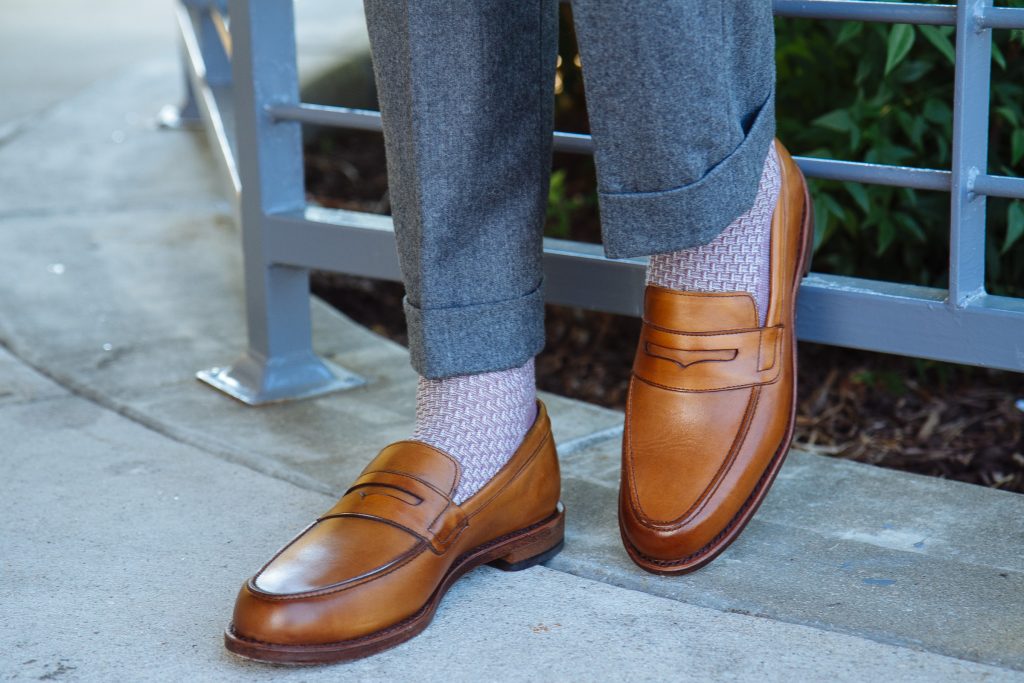 For a simple sock wardrobe, you can’t do better than wool over-the-calf socks in solid navy. They go with trousers in any color, such as tan, grey, and of course, blue. But if you want to brighten up a wardrobe and add some interesting accessories, it doesn’t hurt to mix things up with some patterns.

This week, Dapper Classics released their new fall socks collection. There are cheery seasonal motifs, such as falling gold-colored leaves set against a navy background. You also have subtly textured patterns, such as basketweaves and diamond weaves. Sports fans will rejoice in seeing the clinking beers and bouncing basketballs. And while you won’t find the pattern on Dapper Classics’ new fall arrivals page, search for “dog” on their website. They have a pair of coffee brown socks with a dog motif that would look just right under cords or chinos. 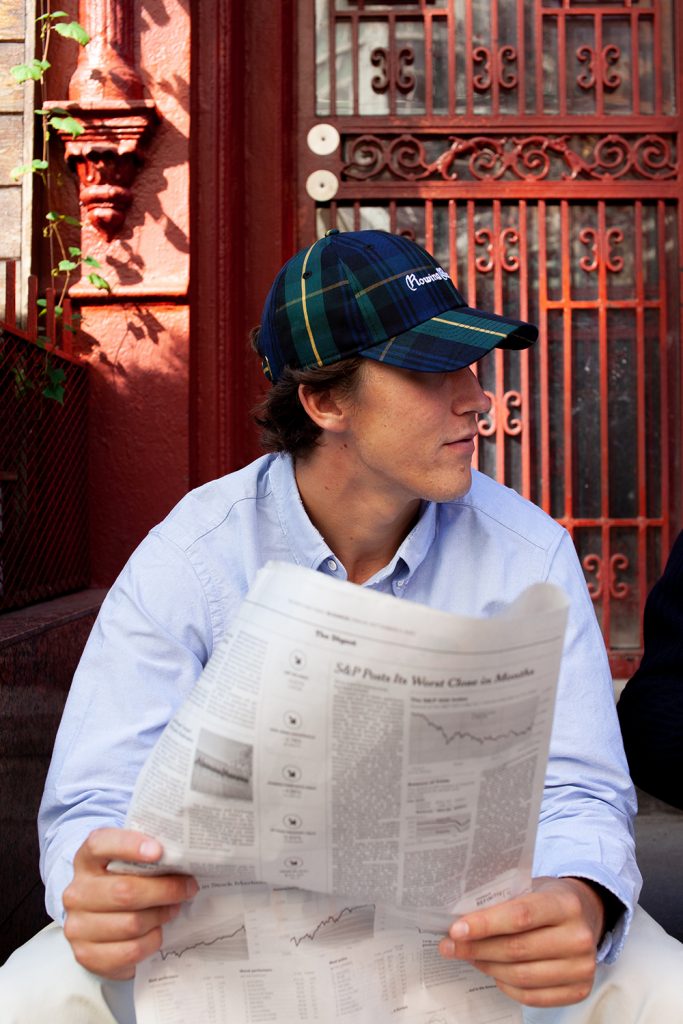 Rowing Blazers and New Era have teamed up to launch a pre-fall headwear capsule. The collection, consisting of six caps, puts a more traditional spin on New Era’s hundred years of sporting heritage. The legendary headwear brand is best known for its 59Fifty high-crown fitted and as the official on-field cap of Major League Baseball. But this collaboration uses another of New Era’s iconic silhouettes: the original “dad hat,” the New Era 9Twenty. And it swaps out team logos for nostalgic, quietly cryptic motifs from Rowing Blazers’ archive: a skull-and-crossbones, a watering can, and a colorful hot air balloon.

Two of the hats are produced in special fabrics: Rowing Blazers’ proprietary “croquet stripe” blazer fabric, milled in England, and the brand’s trademark Gordon Modern tartan cotton canvas, milled in Japan. These two styles are emblazoned with Rowing Blazers’ gothic logo across the front, marking the first time the brand has embroidered its logo on the front of a hat.

The Rowing Blazers x New Era collection is available now and is exclusively sold at rowingblazers.com. Prices range from $48- $65. 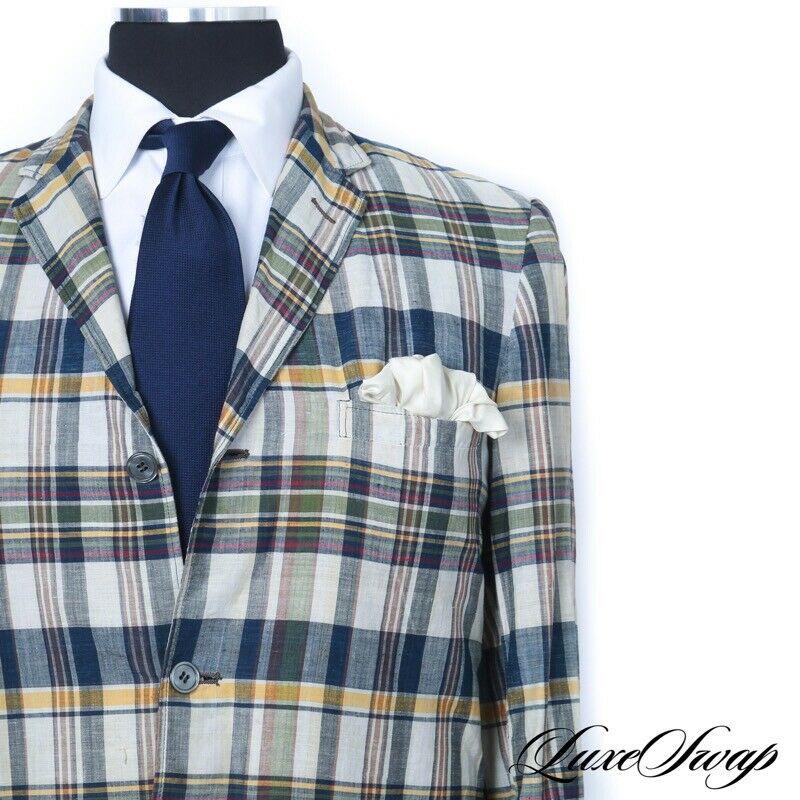 No one wants to wear a Zoom shirt forever, but you also may not want to splurge on a brand new suit or sport coat while working from home. For a proper kit that won’t cost you a fortune, check out this week’s selection of tailored clothing at LuxeSwap. As an eBay consignor of high-quality menswear, they have tailored clothing from Brooks Brothers, Sartorio Napoli, Sartorio Rossi, and Spier & Mackay. They even have some genuine bleeding madras sport coats from the 1970s. Maybe not something you’d want to wear on a Zoom call … or perhaps it is. I don’t know. A tailored jacket of any sort is probably better than a Zoom shirt by itself, at least it’ll brighten up your day.