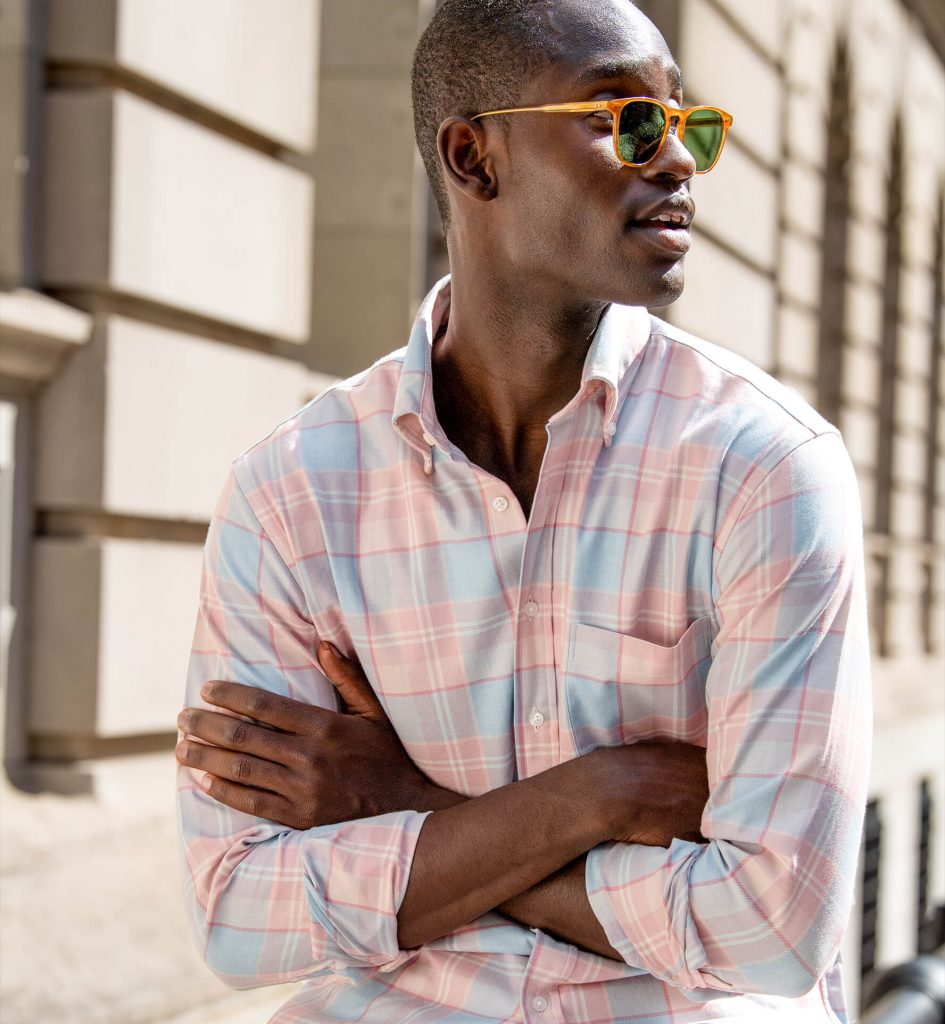 As an independent menswear site, we couldn’t be more grateful for having companies who support our work. So, twice a month, we like to give them a special shoutout. Doing so allows us to thank them for their support, as well as update our readers on our sponsors’ latest happenings.

Online custom shirtmaker Proper Cloth carries the same business-appropriate poplins and twills you can find at any custom tailoring shop. However, they also have uniquely casual materials such as vacation prints, brushed flannels, and slubby chambrays that you can wear on the weekend. This week, they released a new collection of summer plaids in soft colors — faded rose, dusty sage, and sunflower yellow. These are light enough for a heatwave, but hefty enough for year-round wear. You can wear them with shorts and sneakers, or layer them under a casual summer sport coat. Of course, being custom-made, they’ll also fit better than what you can get off-the-rack. In this way, you get the best of both worlds: the casual designs available in ready-to-wear paired with the personalized fit of custom-tailoring.

Proper Cloth also has some new masks. Their around-the-ear mask is made with a moldable, reinforced metal nose bridge for a comfortable seal. Available in two sizes, large and small, they’re designed so they wrap more fully around your face — under the chin and almost ear-to-ear for better protection. Most importantly, they’re made from three layers of material: a shirting shell on two sides, which together hold a specialized filter. The filter has been lab-tested and certified to filter out more than 95% of particles that are 3 microns or larger, and 85% of particles that are 0.1 microns or larger. 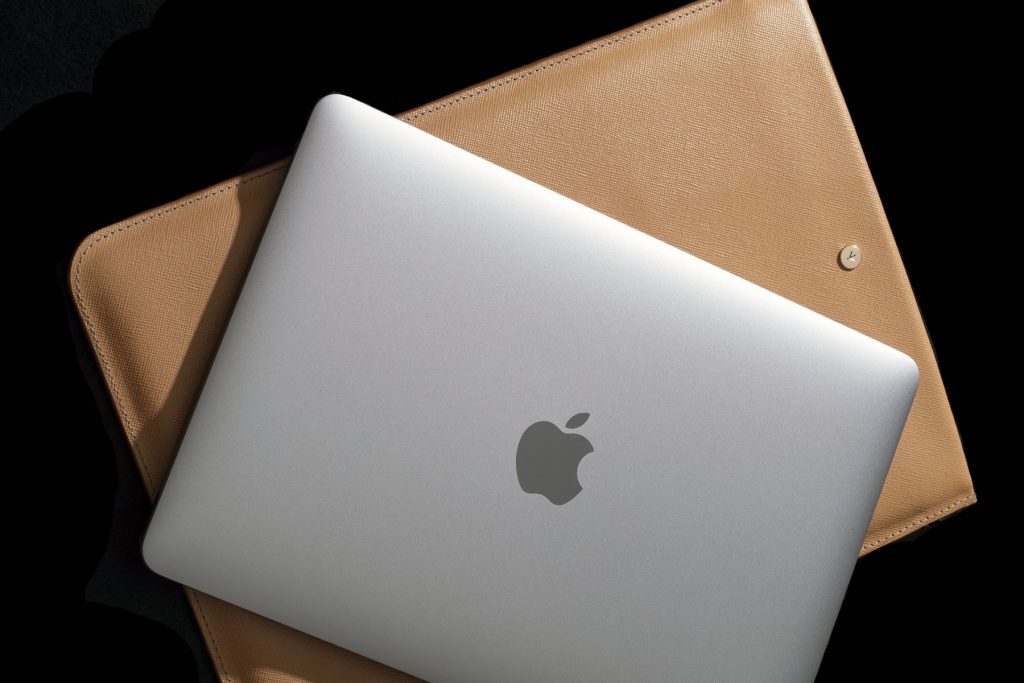 In some ways, the folio has become the new briefcase. What used to be a stack of books, loose papers, and newspapers has collapsed into our electronic devices. Fifteen years ago, the iPod was a modern marvel that stored your entire music library. Now that has disappeared into our mobile phones, as well. In this digital age, folios can carry almost everything you need without the weight or burden of a traditional bag. They look pretty slick, too.

Mckngbrd’s folios are designed in Denmark and made in Los Angeles. They’re made from high-quality Italian leather and feature a quiet magnetic button at the top for secure closure. The cases come in three sizes: laptop, iPad, and mini iPad. The laptop cases are made from supple nubuck leather, brown Napa, and grained Saffiano. Get the brown Napa if you want something to age with you; the Saffiano for a textured leather that will retain the same appearance; and the nubuck if you want a velvet-like surface. Prices are just $145 and a portion of every sale is donated to The Innocence Project, a nonprofit organization fighting to overturn wrongful convictions through the use of DNA testing. 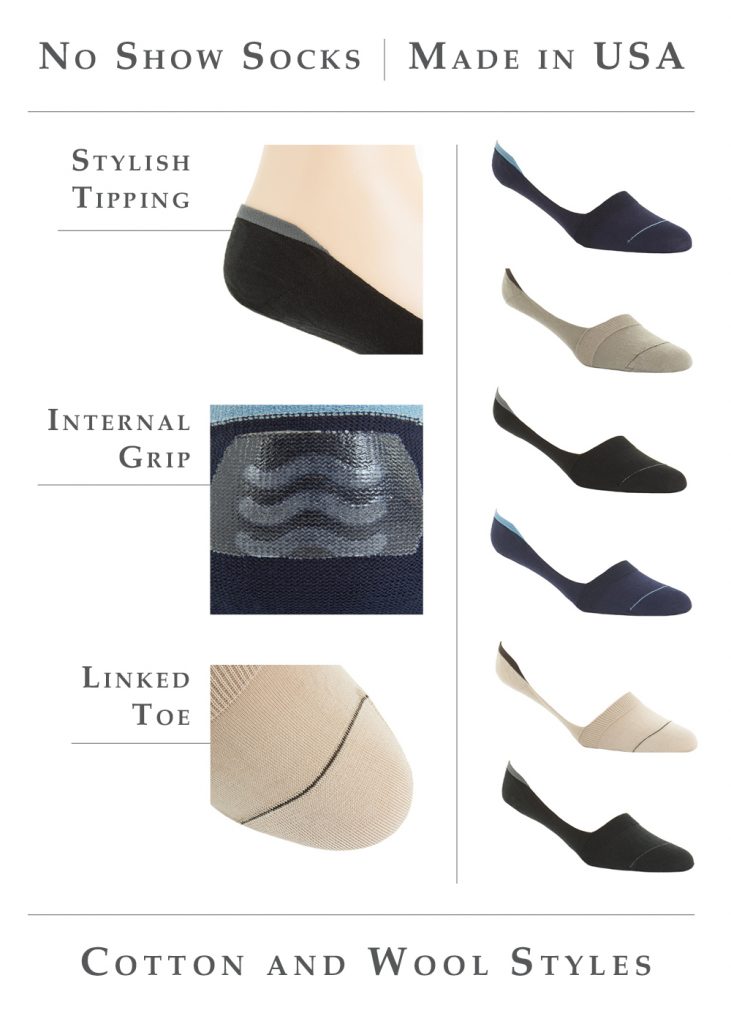 For years, Dapper Classics have been tinkering with their machines and developing a better no-show model that would complement the rest of their dress sock line. The term no-show, of course, refers to how the sock sits low on the foot, which makes them ideal with slip-on shoes such as loafers. By wearing a sock, you get a bit more comfort and protection than if you were to go sockless. But no-show socks are notorious for slipping off the heel. Dapper Classics’ are made with an internal gripping material, as well as a hand-linked toe, which makes them like the invisible version of a high-end dress sock. Dapper Classics is currently offering six options — three in cotton and three in wool. As with all their socks, Dapper Classics knitted these right here in the USA at a third-generation mill. 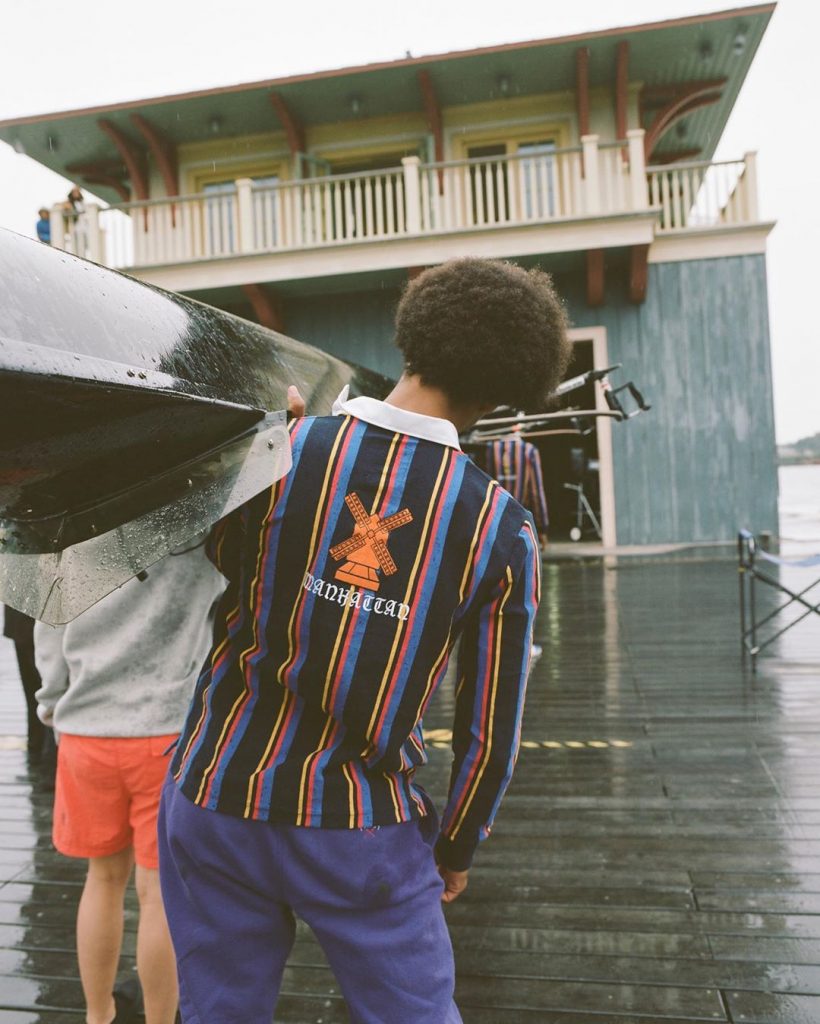 The Harlem River Challenge, a charity rowing race organized to raise funds for Row New York, is normally held on the Harlem River. The money is used to fund a rowing and academic program focused on kids in New York City’s under-resourced communities. This year, however, the event will take place virtually. From July 17th to 19th, anyone can participate by running, cycling, or using an indoor rowing machine. As with previous years, Rowing Blazers is a proud and presenting sponsor of this charity event.

Row New York’s Board of Directors has pledged $40,000 to be unlocked on the weekend of July 17-19th. Every meter participants row, run, or erg will unlock $.02, and every meter biked will unlock $.01. There is no donation required to participate. In light of the ongoing protests in response to police brutality, Row New York will also donate 20% of the additional funds raised from this event — above the initial $40,000 Board match — to an organization that is working on the front lines of the fight to dismantle systemic racism. The organization will be chosen by Row New York’s student-athletes.

Registration for the Harlem River Challenge is now open. For more information and to register on Rowing Blazers’ team for the fundraiser, please visit Classy. To learn more about Row New York and its impact, visit rownewyork.org. 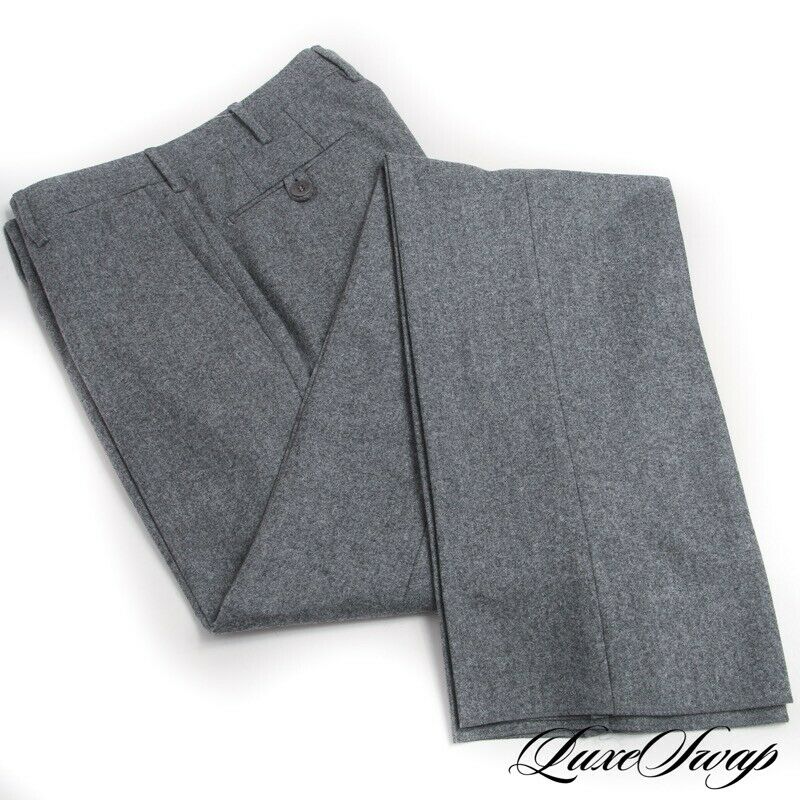 If you’re a fan of soft-shouldered tailoring, LuxeSwap just received a boatload of suits and trousers from Ring Jacket. Founded in Osaka, Japan in 1954, Ring Jacket has risen in the last few decades as one of the best ready-to-wear suit manufactures in the world. Their model 184, which is the model available right now at LuxeSwap, features a full canvas, higher gorge, and slightly narrower lapel. While the jackets are canvassed, they’re only lightly padded, which allows them to have a much softer, natural-looking shoulder line. The body and sleeves are also fairly trim. If you like a more traditional look, we recommend going up one size from your regular size, and just taking in the waist. For a slim look, take your regular size.

LuxeSwap also has a bunch of new Rota trousers. Rota, an Italian trouser factory, does a lot of the private label manufacturing for high-end labels such as Drake’s and Anderson & Sheppard. Their house line has become a favorite among men’s style enthusiasts. You’ll want to check measurements, but Rota trousers are generally a little higher in the rise while still maintaining a slim leg line. LuxeSwap currently has Rota trousers in nearly every material imaginable — soft flannels, crunchy linens, washed cotton, and ribbed cavalry twills. We recommend sticking to colors such as tan and grey if you plan to wear these with sport coats. Navy is good for casualwear and lighter colored jackets.