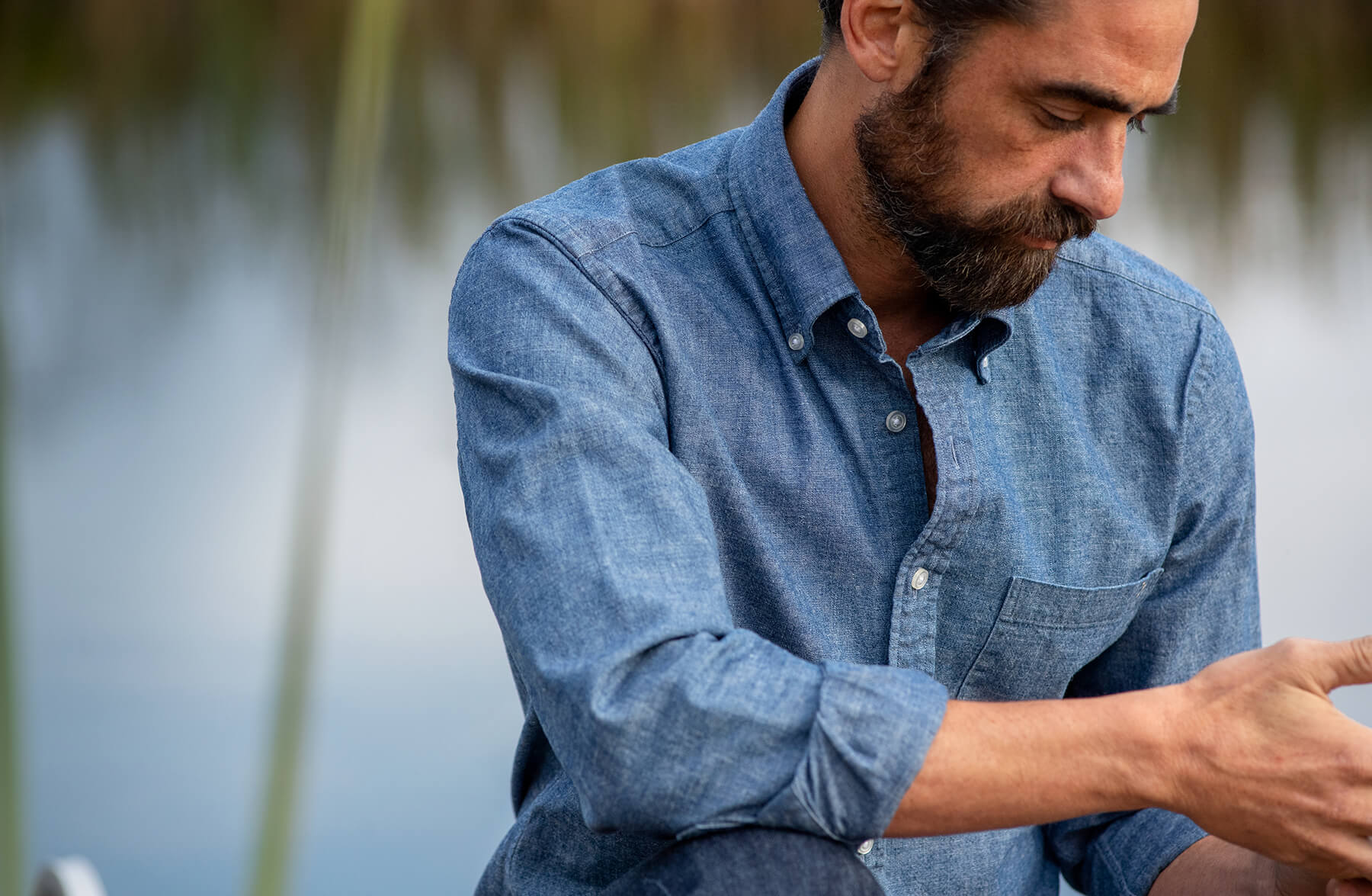 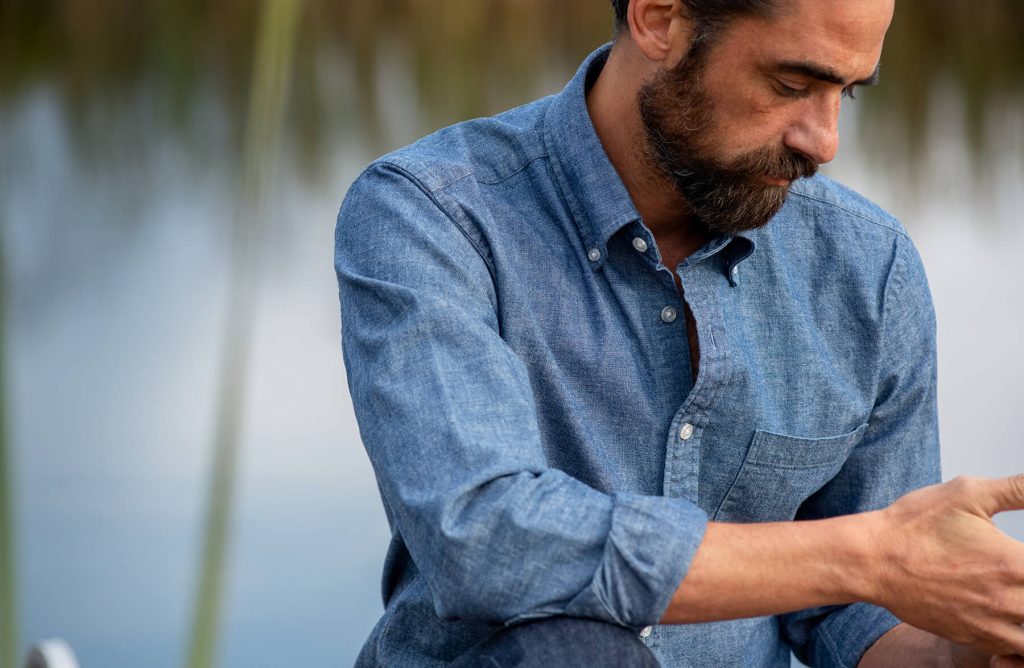 We’re thankful as an independent menswear blog to have sponsors, so twice a month, we like to thank them for their support. It gives us a chance to recognize them, as well as update our readers on their latest happenings.

Over the last few years, Proper Cloth has become known for combining custom-fit tailoring with casual shirts fabrics such as washed denim. Most tailors can’t make you a washed denim shirt because it requires running the button-up through a special enzyme wash – a factory process that’s too expensive for one-offs. In order to make the cost affordable, you have to run a bunch of these at a time, which is why you typically only see this effect in ready-to-wear. Any time you see a denim shirt from a custom tailor, it tends to look a little dressy. Without that slightly uneven, washed color and those puckered seams, denim shirts just don’t have the same character.

Proper Cloth gets around this by organizing group-runs online, which allows them to collect a bunch of orders to make the enzyme washing process economical. As a result, you get shirts that fit well enough to wear with tailored clothing (something you can’t do with that Wrangler), but also looks casual enough for almost anything else. This week, Proper Cloth opened a new window for another custom run. Along with their washed denim — now available in different hues of blue, grey, and black — they have subtle patterns. Again, by putting these shirts through a special wash, you get that slightly more casual look and broken-in feel, but with all the upsides of a perfectly fitting custom-made garment. You can wear them with one of Proper Cloth’s new fall suits, which now come in cozy flannel and ribbed corduroy.

Over the last thirty years, suspenders have gone much in the way of hats. Once common in men’s wardrobes, they’ve become something of a relic of the past. Part of that has to do with how trousers have become increasingly low rise, thanks to designers such as Hedi Slimane and Alexander McQueen. But as men are rediscovering the virtues of higher-rise pants — which elongate the leg-line — suspenders make sense again (as they only really work with such silhouettes).

Why wear suspenders? For one, they’re more comfortable than organ-squeezing tourniquets. Since your waist expands when you sit, and return to its smaller circumference when you stand, belts are only comfortable in one of these positions. Suspenders, on the other hand, allow you to have a little extra room at the waistband to accommodate for these changes. Plus, they’re better at holding up your pants. Belted trousers have a tendency to slip down throughout the day, which requires you to constantly adjust them. With suspenders, you can set the desired length, put them on, and never have to bother with them again.

Chipp Neckwear has the most affordable ones around, at least if you’re looking for something well-made and produced in the USA. The price is $45.50, which –- much like the price of their grenadine ties -– is lower than their competitors. They offer 20 solid colors and 3 stripes, the choice of black or brown leather kips, as well as gold or silver-colored adjusters. For the next two weeks, they’re also offering a discount: you can get 2 pairs for $75 — a $16 reduction. In the comment section, just write “Special Offer.” When the order is processed, the price will be reduced on your payment. 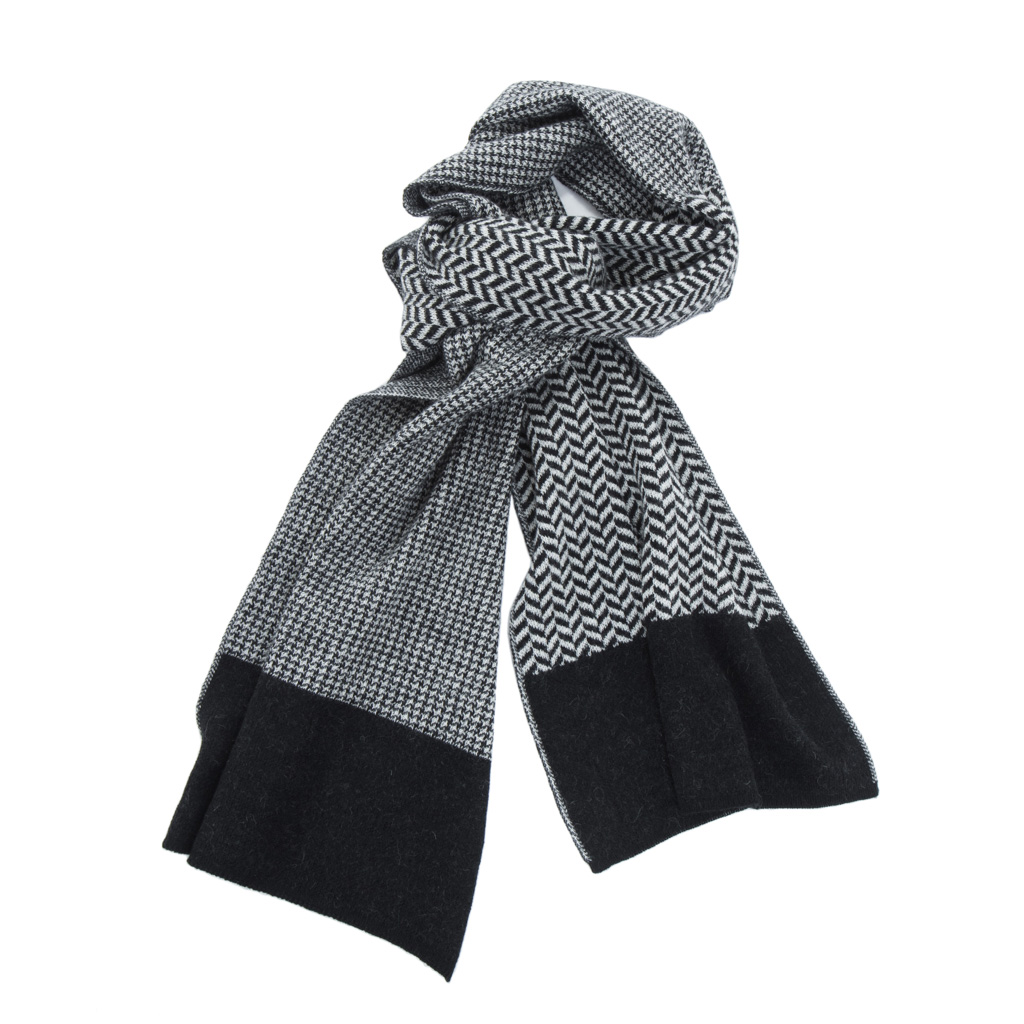 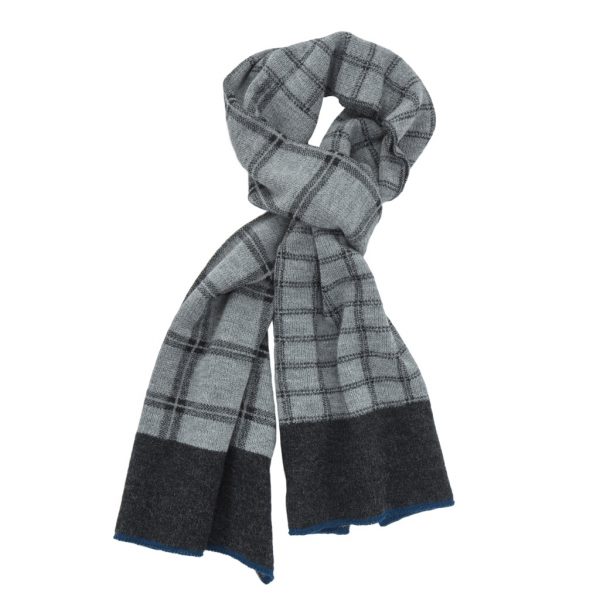 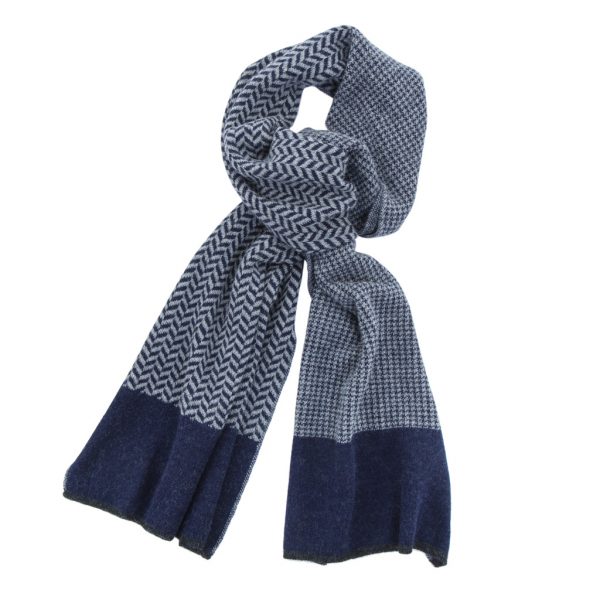 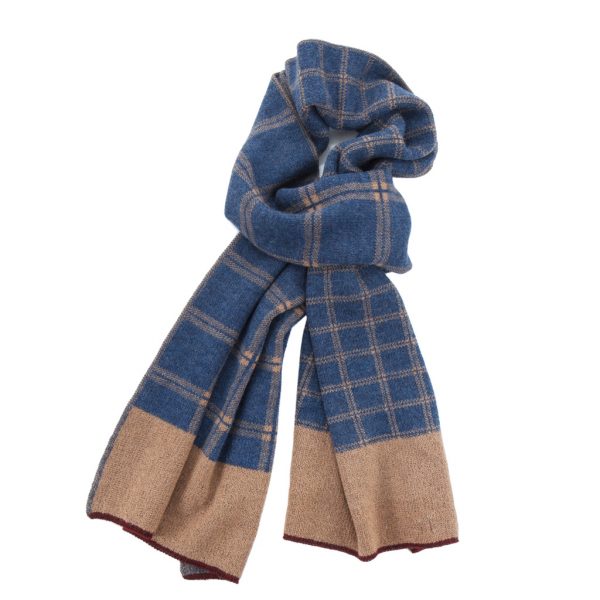 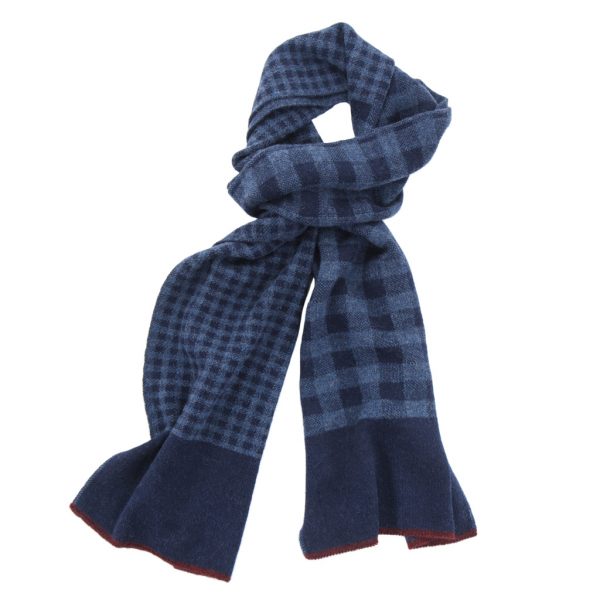 We make no bones about being big fans of the inimitable G Bruce Boyer, menswear author extraordinaire. In his latest book, True Style, he was given flak for starting it off on a chapter about ascots. When he spoke to Jesse some years ago on Bullseye, he clarified by saying: “I think I shouldn’t have said ‘ascots;’ I should’ve said ‘scarves.’ There’s something you can do with your neck instead of leaving it to hang out there while everything else is nicely upholstered. A nice scarf at the neck is wonderful.” We heartily agree.

Like good neckties, scarves offer an additional chance to add color and bring an outfit together. But unlike neckties, they actually do that thing clothing was invented for and keep you warm. A good silk scarf works great with topcoats and for formal events, while lambswool, cashmere, and angora-blend pieces are assured to protect your neck all winter long. Jauntily toss one over your shoulders or wrap it tight – there’s no wrong way to wear them.

Dapper Classics just added a new line of scarves to their range. These are woven in Brooklyn using baby alpaca yarns. Alpaca is a luxurious, natural fiber that is warm, strong, hypoallergenic, and exceptionally soft. Dapper Classics’ versions are generously sized at 14″ x 70″, which gives you enough material to wrap these twice around your neck. They also feature two different sized patterns, which will add some visual interest to an outfit. 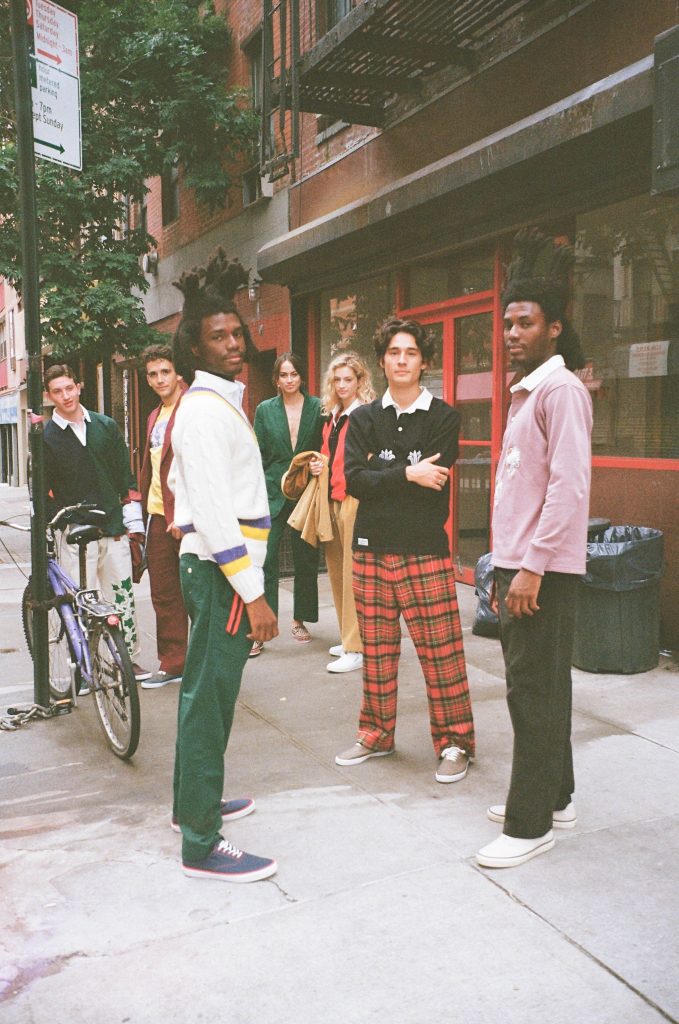 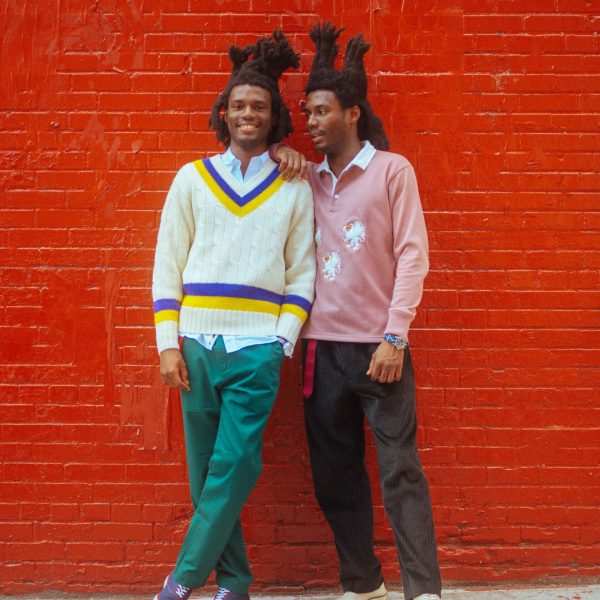 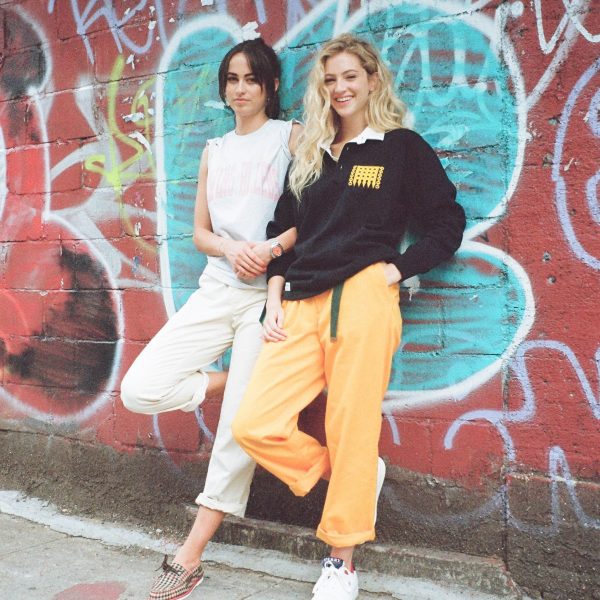 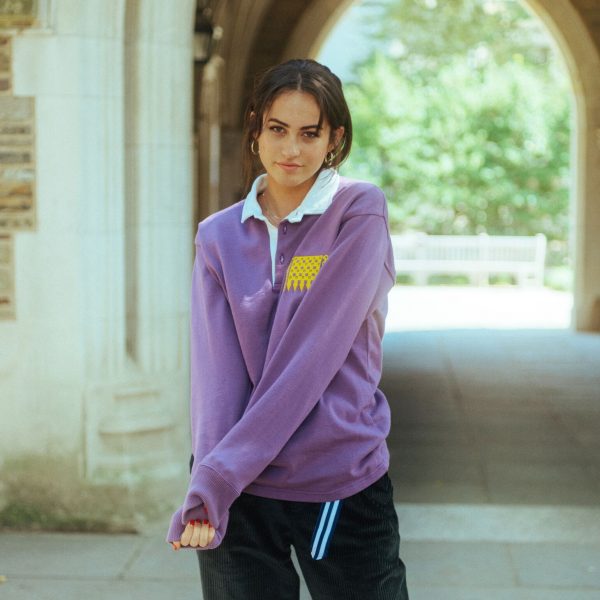 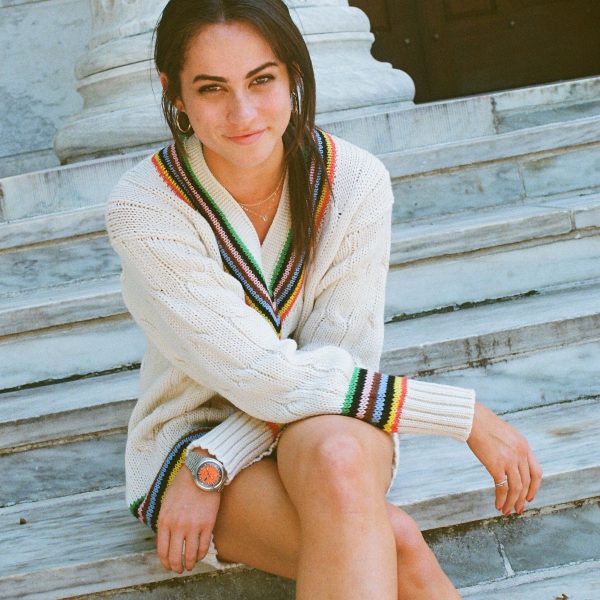 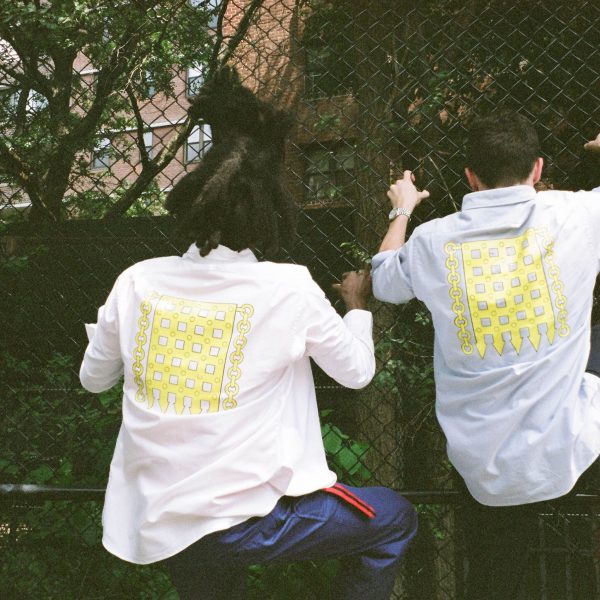 Rowing Blazers’ just dropped their second delivery for the season. Continuing with their “Post Ivy” theme, the collection juxtaposes traditional style with youthful irony. They have three lambswool cricket sweaters, which are made in England using traditional four-gauge cable-knitting techniques, but are rendered in three playful color schemes. They also have split- and solid-colored rugbys. A few of the super heavyweight rugbys, Japanese oxford-cloth button-downs, and dad hats are embroidered with a satin-stitch rendering of a portcullis — a medieval heraldic motif representing a gate, and also the badge of Wallingford, England, a town where Rowing Blazers founder Jack Carlson spent much of his rowing career.

Rowing Blazers also just opened a new pop-up at the North Third Street Market, the same place where they held their sample sale a couple of weeks ago. Joining an incredible community of neighbors, the Rowing Blazers Brooklyn Pop-Up will feature our current Fall/Winter 2019 collection, as well as Rowing Blazers’ classic rugbies, blazers, tees, and hats. They invite you to come meet them at 103 North 3rd Street in Williamsburg, Brooklyn. The pop-up is open every day from 11am until 7pm.