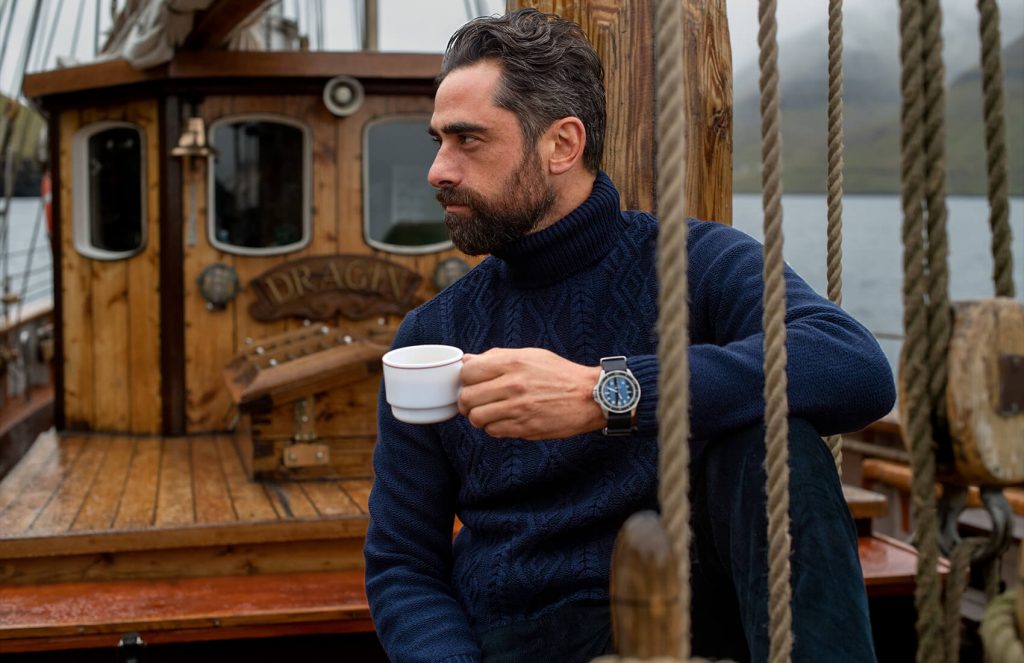 Put This On wouldn’t be possible without the support of our sponsors. So, twice a month, we like to give them a special shoutout. Doing so allows us to thank them for their support, as well as update our readers on our sponsors’ latest happenings (which, with fall here, is a lot).

Everyone associates the start of fall with pumpkin spice lattes, but PTO readers know the real reason to be excited this time of year: lookbooks. Proper Cloth dropped theirs last week. While they’re primarily a custom clothier, they release lookbooks each season to show customers how their custom-made suits, sport coats, and shirts can be combined with ready-to-wear knitwear and outerwear.

This season, they shot their lookbook at the Faroe Islands, an archipelago located halfway between Norway and Iceland. There’s a ton of inspiration here to be had — chunky Aran rollnecks, Donegal snap-button vests, country plaid shirts, herringbone topcoats, and some wide waled overshirts (including a cord-on-cord ensemble). The cabled Aran turtleneck pictured above can be worn with jeans or five-pocket cords, or tucked underneath cool-weather outerwear, such as topcoats, down vests, or trucker jackets. Proper Cloth’s lookbook shows some masterful layering, as well as how you can build a fall/ winter wardrobe around cold blues and steel grays. You can head over to their site for the full presentation. 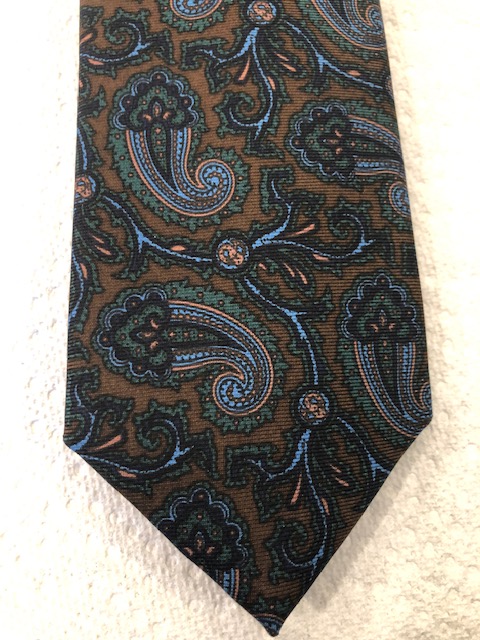 In the summertime, neckwear choices are mostly reduced to cotton, linen, and raw silk if you want something seasonal. But options explode in the colder months. Ties can come in a rich assortment of wools, cashmere, and tweed. There’s also wool challis, which has all the softness of regular wool, but none of the bulk. Nothing, however, beats ancient madder. The chalky hand of ancient madder provides a perfect foil to corduroy, tweed, and flannel. It’s also in the middle of the spectrum in terms of formality, sitting just as well with chalk-stripe flannel suits as it does with Shetland sport coats.

Chipp’s are the most affordable around. They’re made in New York City using the same English mill silks you’ll find at top-end producers, but they cost a fraction of the price. Chipp’s ancient madder ties typically retail for $75 (compare that to other brands, which are closer to $200). But this week, Paul at Chipp Neckwear is offering Put This On customers a special deal: the above chocolate brown ancient madder, decorated with blue and green paisleys, is available for a special price of $60. The catch? There are only five of these ties, and you have to call Paul for the deal. You can reach him at (212) 687-0850 (just say Put This On sent you for the discount). Note the tie’s color is a little darker than what’s shown above — it’s a genuine chocolate brown. 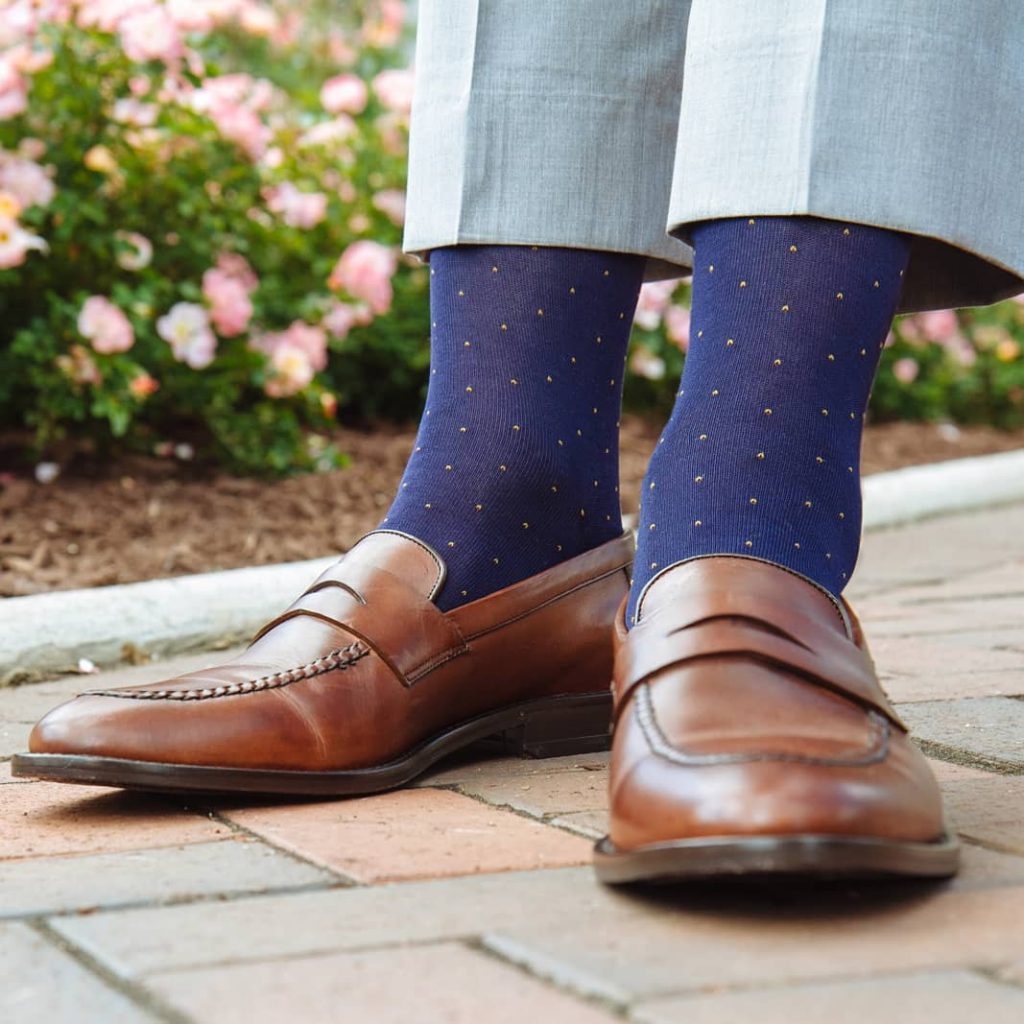 If you’ve never bought good dress socks before, paying more than a few bucks can sound crazy. After all, Hanes’ gym socks come in packs of 100 for just a few dollars.

The difference between high- and low-end dress socks, however, is all in the knitting and material. Lower-end dress socks are often thicker, scratchier, and pill more easily. Their yarns are spun from shorter fibers, which means they’re more likely to break and fuzz up. Companies often knit them too tight or too loose, which means you end up with marks around your calves or baggy socks near your ankles.

HIgher-end socks, on the other hand, are often softer, more durable, and made from quality yarns. Dapper Classics, for example, uses cotton yarns that have undergone a process known as mercerization, which improves the yarns’ strength, luster, and dye uptake. Their socks come in mid- and over-the-calf varieties. They’re also knitted in North Carolina. It’s a small family business that’s committed to American manufacturing, as well as supplying customers with quality products at relatively affordable prices. Their socks, which retail for about $25, are a full $10 or so less than their European counterparts, but no less well made. When in doubt about what to get, purchase socks in a similar color to your trousers — tan socks for tan trousers, grey socks for grey trousers, and navy for everything. 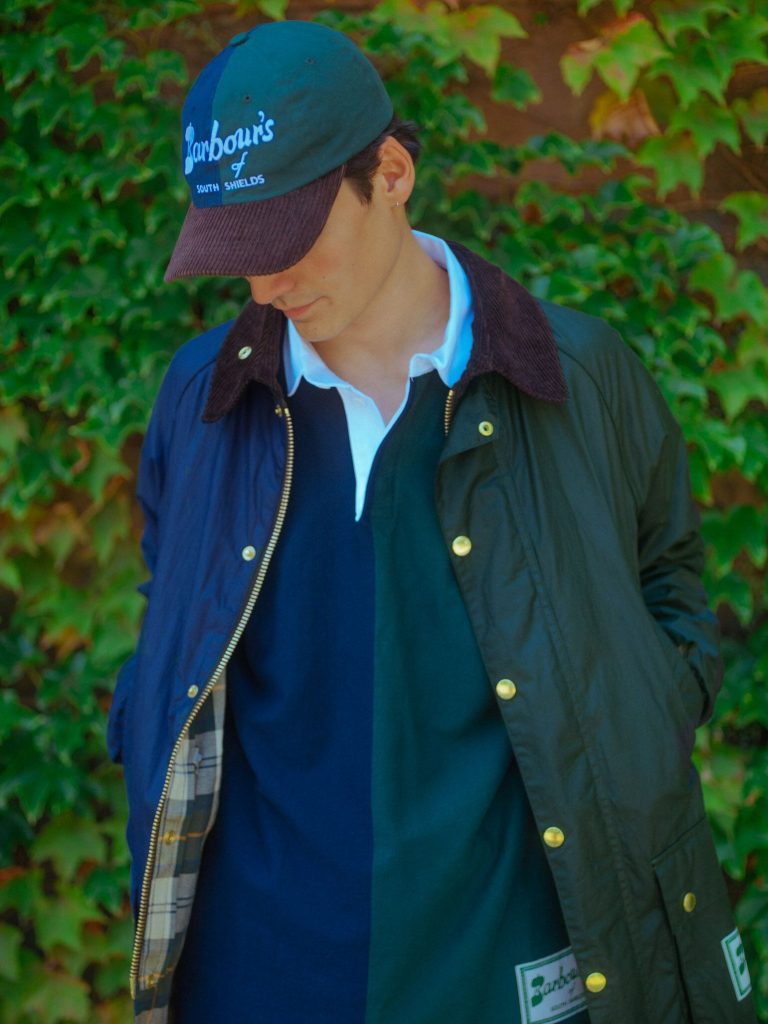 Rowing Blazers and British heritage outerwear brand Barbour are teaming up for a limited-edition collaboration. This capsule collection is understated, designed as much for the city as the countryside, and uses lighter-weight waxed cotton for Barbour’s iconic Beaufort silhouette for the first time ever. The exterior of the jacket combines Barbour’s two most iconic colors, navy and sage, in a single split colorway. The inside features Rowing Blazers’ signature Croquet Stripe pattern for the half-moon lining. The label for this collaboration unites the two brands and is based on the original “Barbour’s of South Shields” logo. The collection includes a matching split rugby and corduroy-billed hat as well.

“When Barbour approached us about a collaboration, I jumped at it. When I was at Oxford, I spent my ‘free time’ coaching the men’s crews at Oriel College. My default coaching uniform in autumn and spring was my Barbour Beaufort jacket,” says Rowing Blazers founder Jack Carlson. “Traipsing through the wet fields around the boathouse, finding my way through the fog of Christ Church Meadow at zero dark thirty, and driving the coaching launch is the closest I ever came to hunting.”

The Barbour x Rowing Blazers collaboration is mainly made for the Japanese market, but will be available outside of Japan at Rowing Blazers’ website and their NYC flagship store.