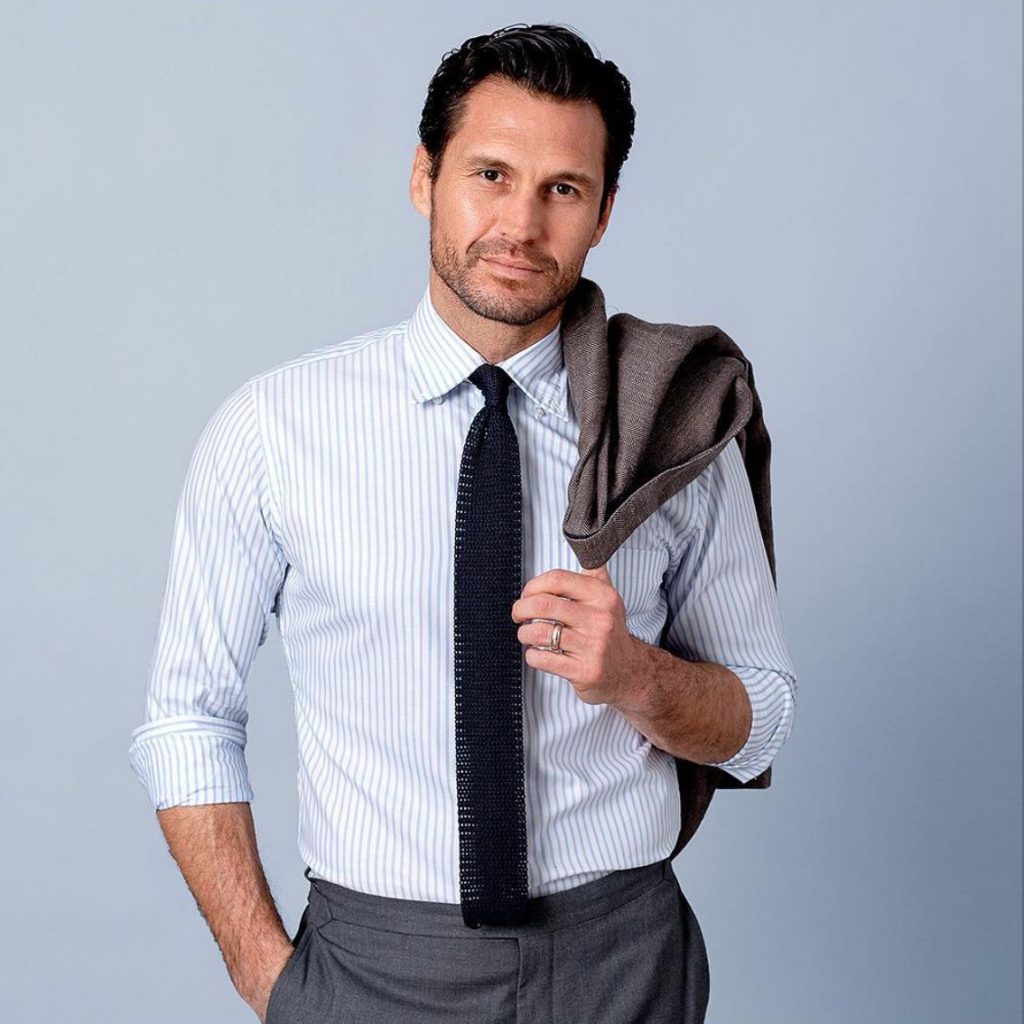 We wouldn’t be able to do Put This On without the support of our sponsors, so twice a month, we like to give them a special shoutout. It allows us to show our appreciation for their support, as well as update readers on our sponsors’ latest happenings.

It’s hard to believe Proper Cloth is celebrating their 10th year anniversary this week. Seph Skerritt launched the first version of the company in 2009 out of his apartment with an initial offering of 16 fabrics. Since then, GQ and The New York Times have described Proper Cloth as among the best online custom shirtmakers. They’ve expanded into an NYC showroom, where they offer in-person fittings, and they’ve developed their line to include not only hundreds of shirt fabrics, but also custom suits, sport coats, and tailored trousers.

Much of that success is due to how they’ve been able to streamline their supply chain and offer customers excellent fitting shirts at little more than the cost of high-end ready to wear. They’ve also married custom tailoring with more casual fabrics. At traditional bespoke shirtmakers, the most casual shirt you can get is maybe a tattersall or tartan. Proper Cloth, on the other hand, offers unique Japanese indigo weaves, printed Aloha-style shirts, and even the occasionally washed denim. They also offer free remakes for first-time customers, which allows you to hone in on the perfect fit.

Longtime readers know we love grenadine ties. Grenadine is a type of Italian silk that comes in a variety of weaves, but generally takes on a honeycomb-like texture. In solid colors, such as what you see above, they’re great in that they’ll go with almost anything. When paired against solid-colored suits and sport coats, their texture lends visual interest. At the same time, they’re simple enough to combine with patterned shirts and jackets without having anything clash. If you’re getting your first one, stick to navy or black — those are the most useful colors.

You can get a grenadine from any number of reputable brands, but none will be as affordable as Chipp’s. Chipp is the online accessories arm of Winston Tailor’s, which was founded on the 1940s by a former J. Press employee named Sidney Winston. The original Winston was famous for making patchwork madras and tweed sport coats, as well as dressing luminaries such as President JFK, Andy Warhol, and Joe DiMaggio (the family company is now run by Sidney’s son, Paul). Chipp’s grenadines are made in New York City using the same Italian silks you’ll find at other top-end shops, except their grenadines only cost $60. They also come in almost every color imaginable. If you need a custom length or width, just email the company. Since they have their own in-house tailors, everything is easily customizable for a small fee. 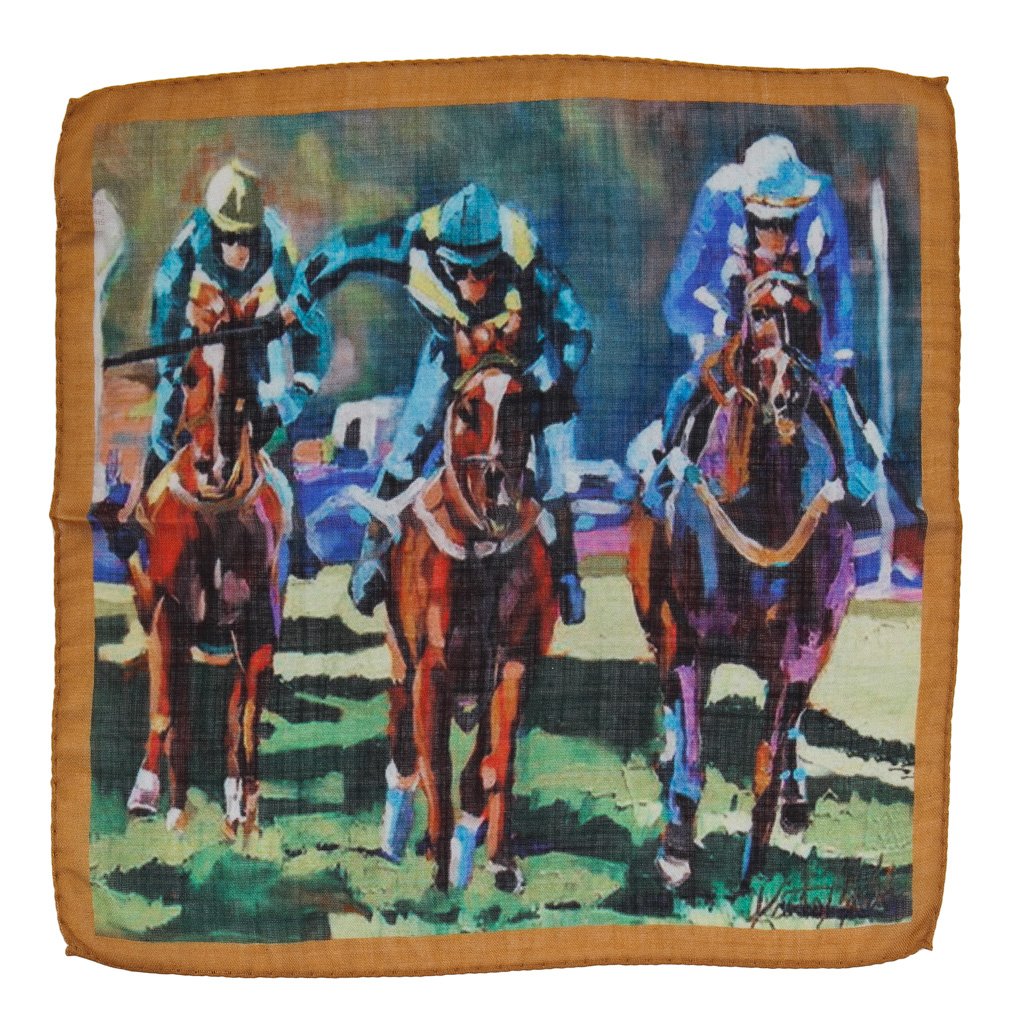 Dapper Classics just got in some new pocket squares. They’re made in Italy from a 70/30 mixture of wool and silk — wool to give the pocket square some body, silk to lend it some sheen. When puffed, they have a bit of fullness and texture to prevent them from sliding down your breast pocket.

When choosing a pocket square, get one in a color that complements — but doesn’t necessarily match — the main color of your tie. In other words, if you’re wearing a navy tie, choose pocket square that’s on the opposite side of the color wheel (yellow) or picks up a secondary color in your tie (say, burgundy florals, so burgundy square). The main thing is to avoid is looking like the pocket square and tie came in a matching set. For something fail-safe, the mish-mash of colors and shapes in the jockey pocket square pictured above all but guarantees it’ll go with anything. 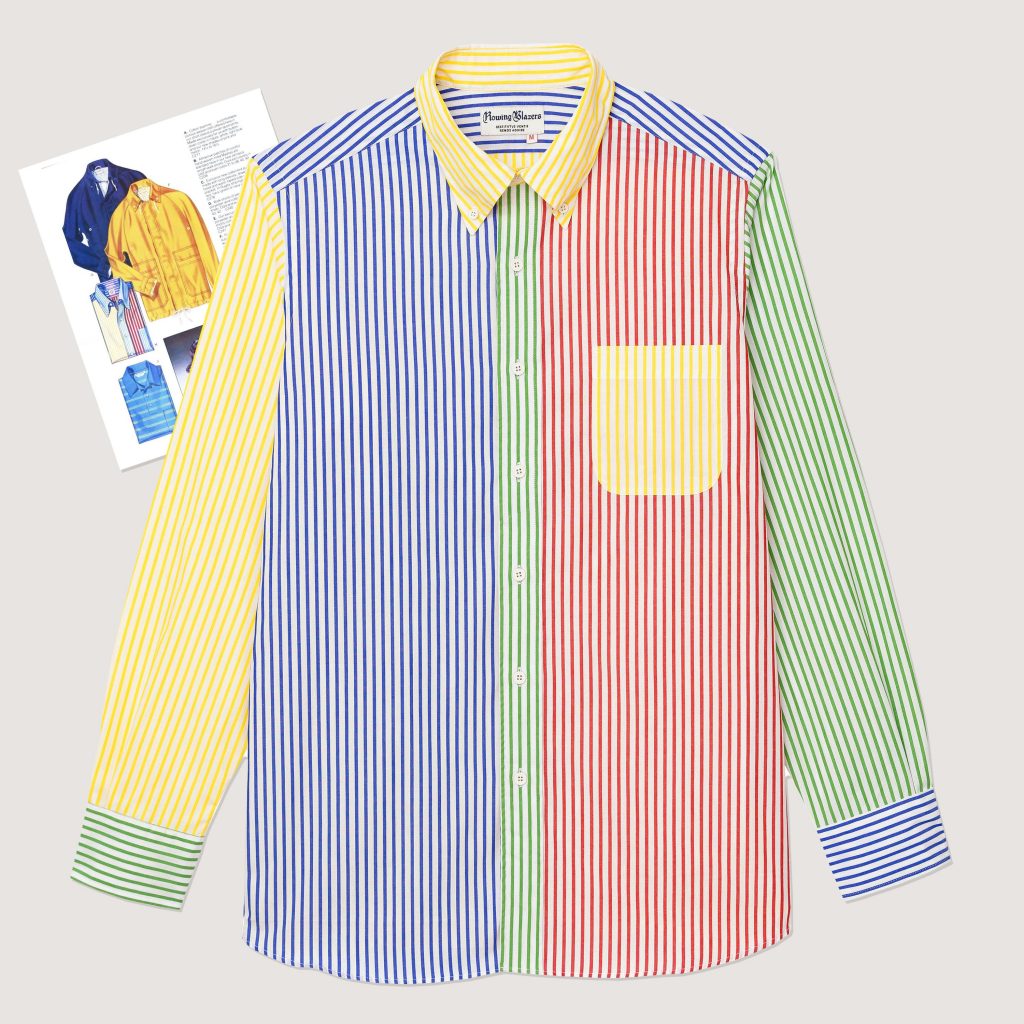 Fun shirts have long been part of loud preppy wardrobes. As the story goes, in the 1970s, Brooks Brothers VP Ash Wall walked into a factory and picked up one of the “training shirts” — a shirt made by trainees from mismatched scraps of fabric. Wall reportedly tried one on and commented: “this is a fun shirt.” Today you can scour eBay, Etsy, or one of the many vintage stores in New York City for the Fun Shirt in its original, iconic colorway, and if you’re very, very lucky, you might eventually find one. Rowing Blazers is obsessed with the Fun Shirt, so they made their own. Theirs are made in the USA from 100% cotton broadcloth, feature a soft, S-roll button-down collar, and come in a slim, but not skinny, fit. You can pair one with flat-front chinos and some leather loafers this summer, or use it to dress down a navy sport coat.