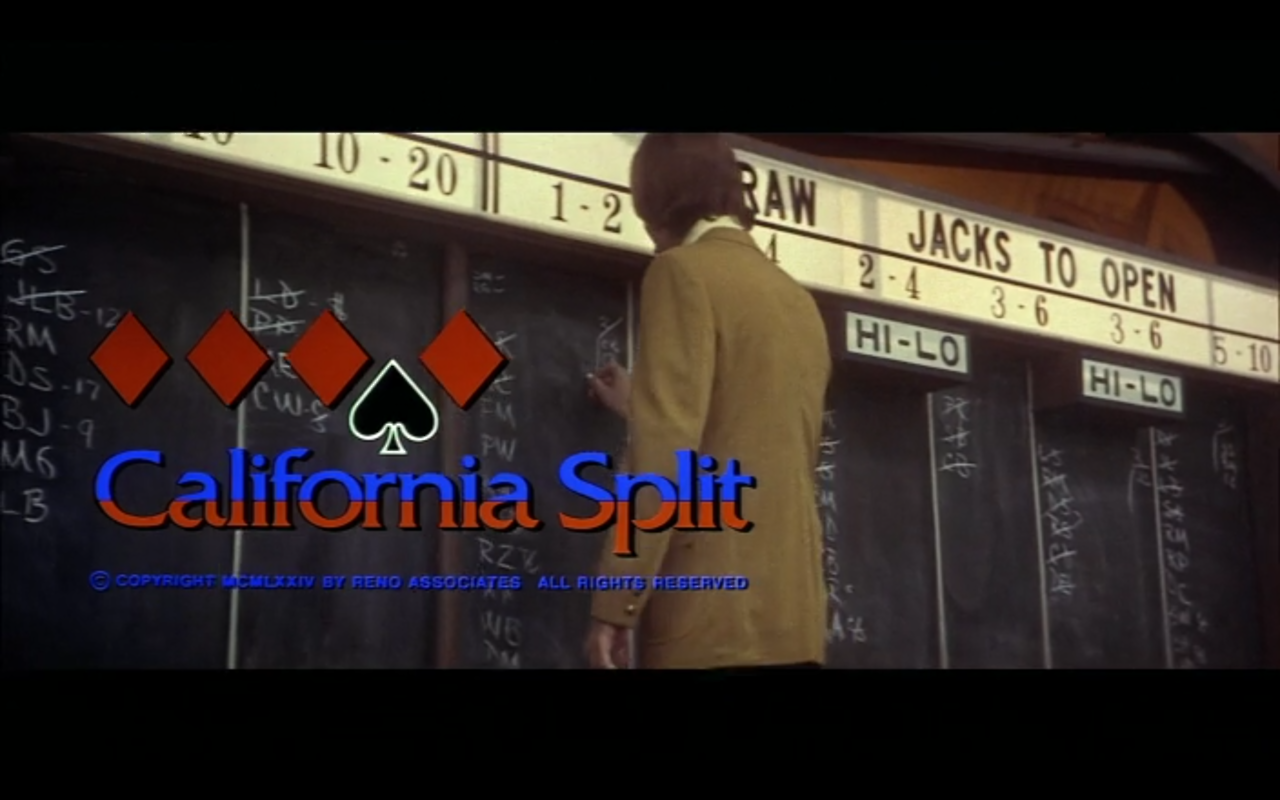 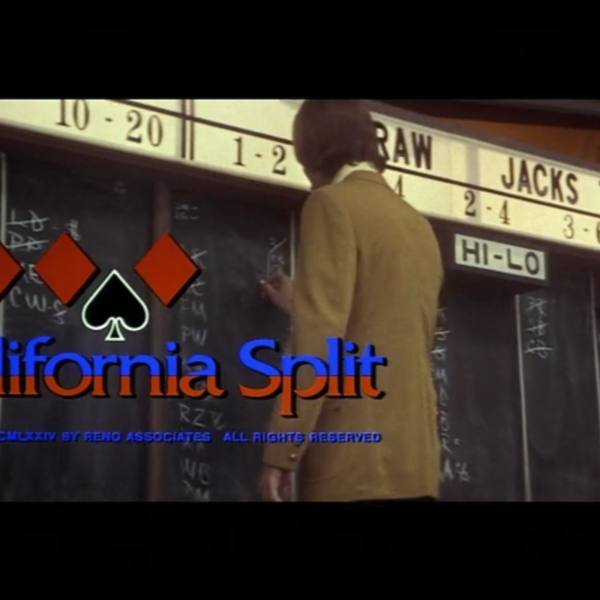 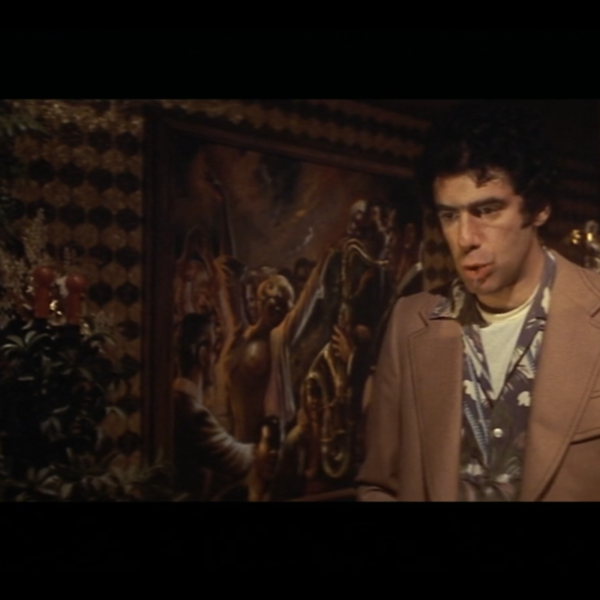 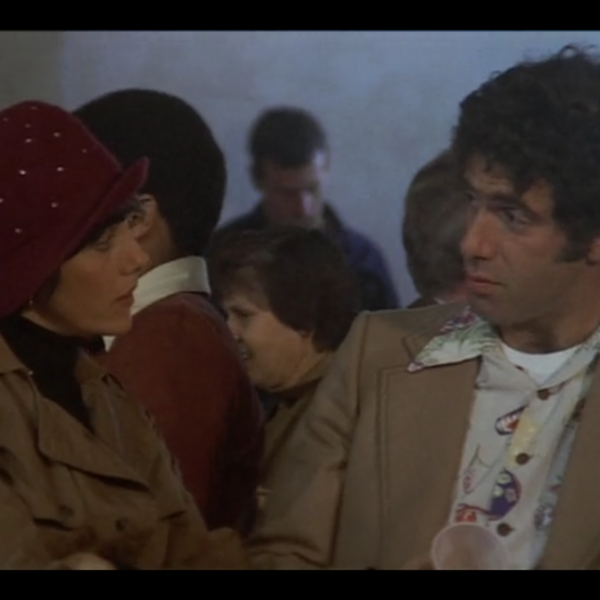 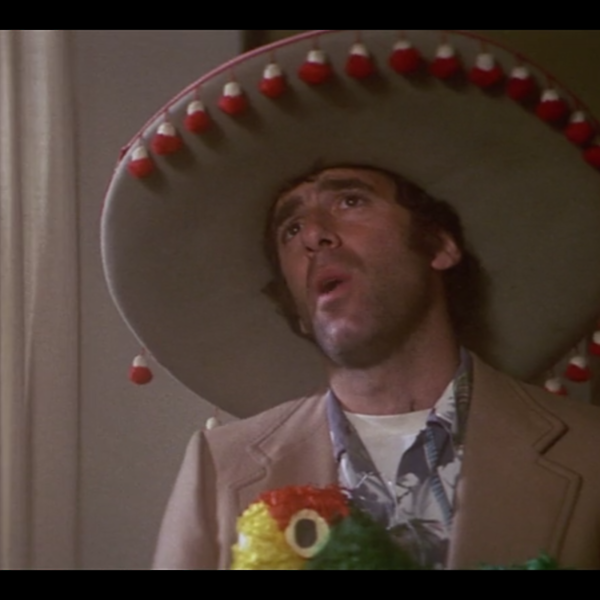 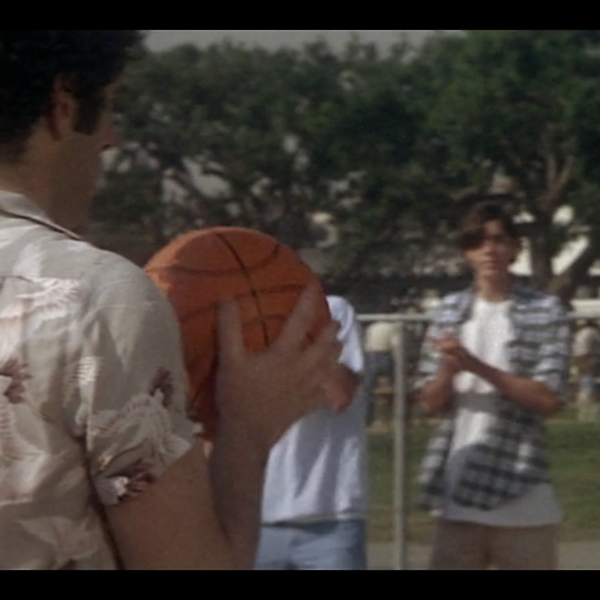 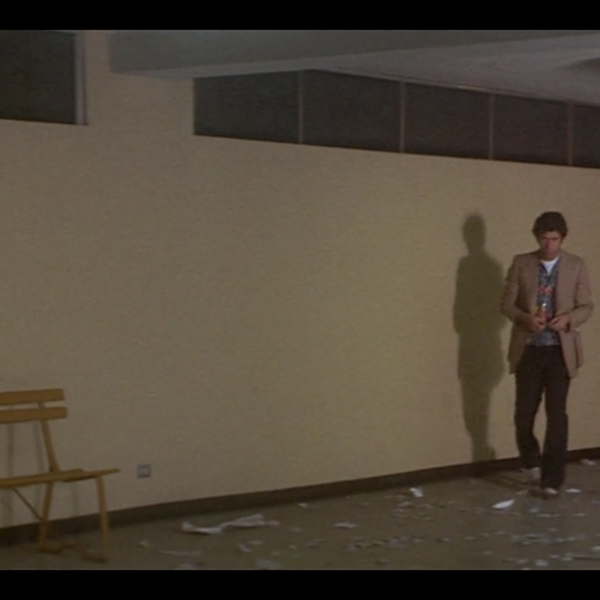 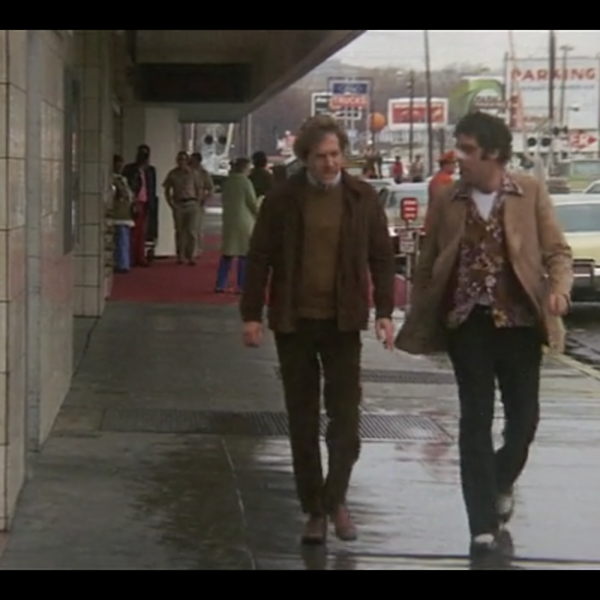 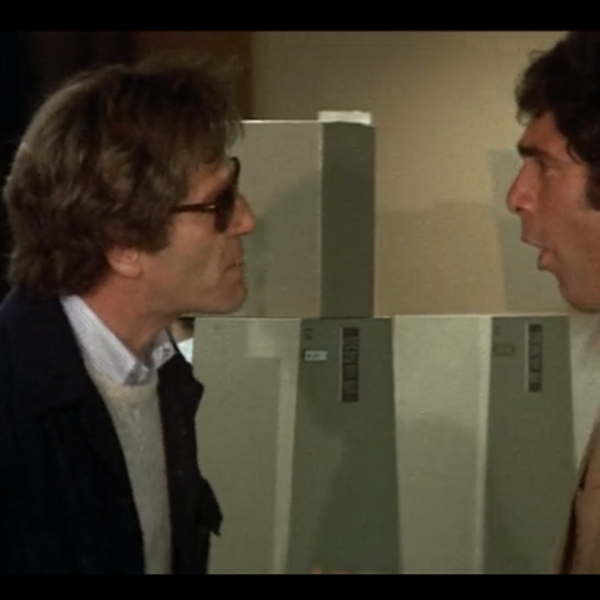 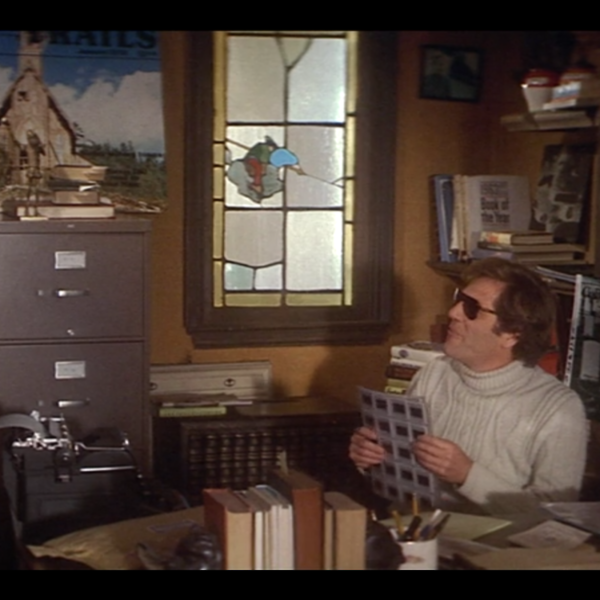 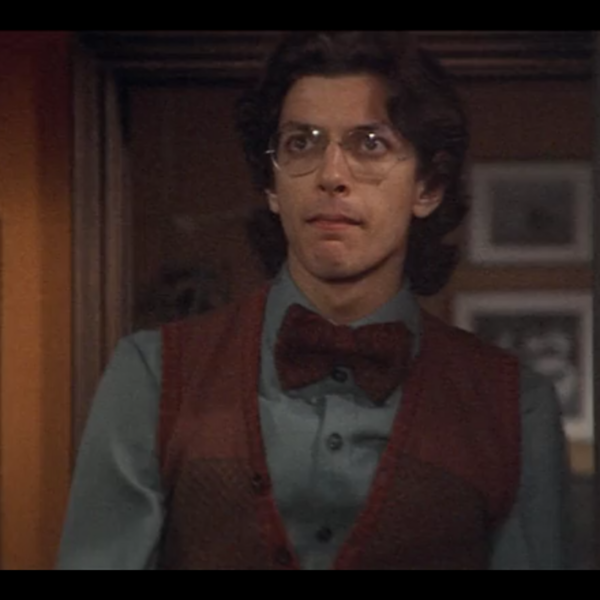 We’ve talked up print shirts a decent amount in the last couple of years, maybe most prominently aloha shirts. Unfortunately, unlike most menswear classics, there’s few pictures out there of Steve McQueen wearing them. So how are we supposed to illustrate their coolness via 20th century film?! The answer, as it so often is, is Elliot Gould.

In 1974′s California Split, Gould plays a charming, affable loser, which is really the impression you’re aiming for with a loud print shirt. Gould’s character and a magazine editor (played by fellow 90s sitcom dad George Segal) meet at a poker lounge and go on a gambling spree / downward spiral, as they chase the action at card tables, racetracks, and the occasional one-on-one pickup basketball game.

Despite being essentially homeless, Gould’s character wears a different, bold print shirt every day. (Gould also wore a good print shirt in 1970′s MASH, likewise from director Robert Altman). He mostly wears them with a white undershirt and often folds the collar out over the broad lapels of a western-styled camel sportcoat. Wearing the full kit today would certainly seem like costume, but you’ve got to admire his commitment to and comfort in the print, whether florals, cranes, or something more abstract. When I wear prints like these, it’s usually too warm for a jacket, but a field jacket or even a leather jacket can help quiet such a shirt down a little.

The shirts  contrast well with the slightly preppier style of Segal’s character. He favors OCBDs and shetland sweaters, a nice aran turtleneck, narrower trouser cuts, and tortoiseshell aviators–the sort of California preppy you might see in an issue of Free & Easy. He even tries the high-risk, low-reward move of a cotton turtleneck under the OCBD. There’s also a cameo by a young Jeff Goldblum–his character’s costume I cannot explain.

California Split is an underrated gem of 1970s cinema, and, like a vintage shirt, it’s aged pretty
well, for the most part. The filming is very natural, as if we’re overhearing these characters just living their lives. Visually and culturally it’s all 70s: a yellow
Ford Pinto, velvet wallpaper, long hair, bellbottoms, gas shortages,
and smoke. It’s honest about the highs and lows of gambling without being a lecture. There’s a couple of references to race and one scene
featuring cross-dressing that may make modern audiences wince a little.