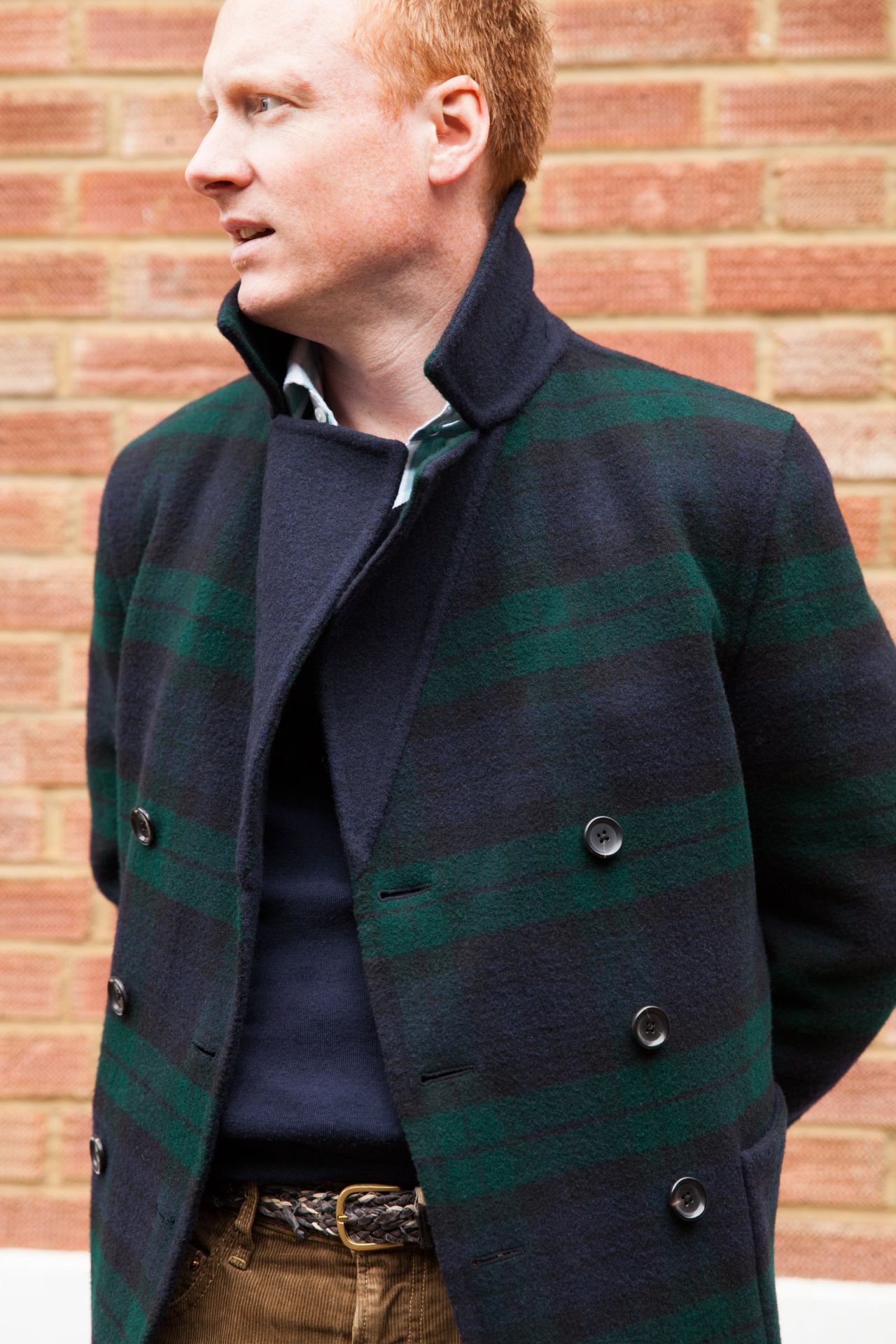 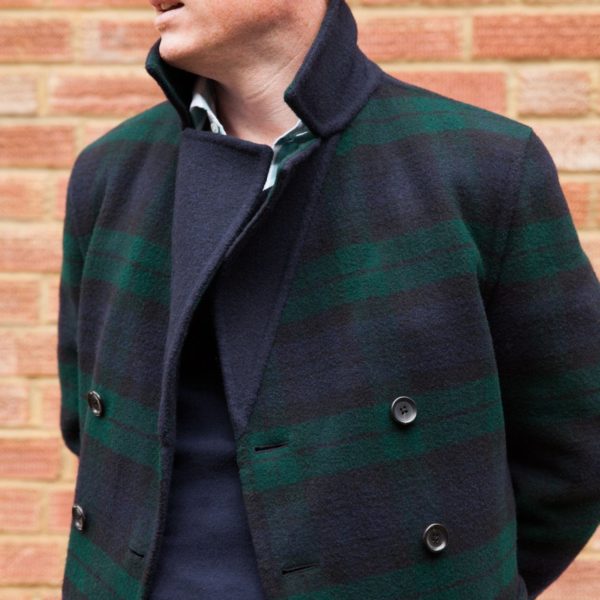 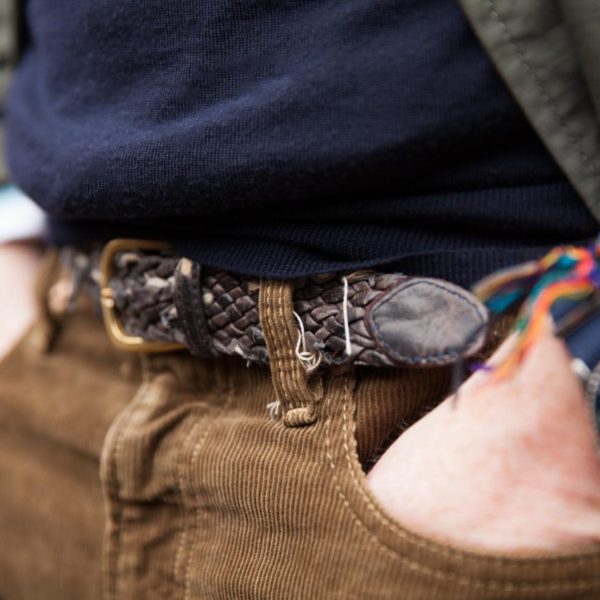 My Favorite Thing is a column where Put This On asks stylish, interesting, and otherwise cool people to name their favorite item of clothing or accessory, past or present. In this installment, we asked Managing & Creative Director of Drake’s, Michael Hill.

I was tempted to nominate the unlined reversible navy to black-watch overcoat in the first photograph – this is the sample with the bulk in production slated for our forthcoming autumn/winter collection. In the end, I felt it was too easy to go for my latest favorite. It’s perhaps obvious to ultimately choose something that resonates due to a close family connection; at that stage I suppose it becomes more than just a product and that’s always going to have more of an allure.

My father had lots of things that I liked and this belt (pictured above) was one of them. As a young boy I’d never seen a belt that wasn’t a regular black or brown belt with half a dozen or so punched holes. This, on the other hand, was a rather fine lattice belt in navy leather with a brass buckle from Paul Stuart in New York. My father used to wear it causally to work on Saturdays with a blazer.

Growing up I always loved being in my father’s dressing room. He wasn’t a particularly flamboyant dresser but he was always well-dressed and had a great appreciation for things that were beautifully crafted. Eventually he grew out of the belt and he passed it onto me. By that stage it was full of character, and I loved it all the more for it’s wear and tear, not least I suppose because it was my dad that had done the wearing in.

I love the fact that it came from one of his selling trips to New York, in this case his customer Paul Stuart. I suppose I was very proud of him starting his business and venturing all over the world to sell his wares, and the belt connects me to that period. He also came back from Paul Stuart with beautiful suede slippers that were actually made in Ireland and I would probably have chosen them were it not for his size 12, which doesn’t fit me (much as I tried at the time!). No such sizing issues with the belt, of course.

I occasionally wear it in a more formal way than my father used to – he wouldn’t have dreamed of wearing it with a suit – but I tell him the world has changed! My mother meanwhile has told me on more than a few occasions I shouldn’t be wearing something so tatty. Naturally we disagree on this. -MICHAEL HILL

You can check out Michael’s design work at Drake’s. Along with their wonderful collection of accessories, they’ve also just collaborated on a line with Arpenteur and released a selection of limited-edition grenadine fabrics through their MTO tie offering.