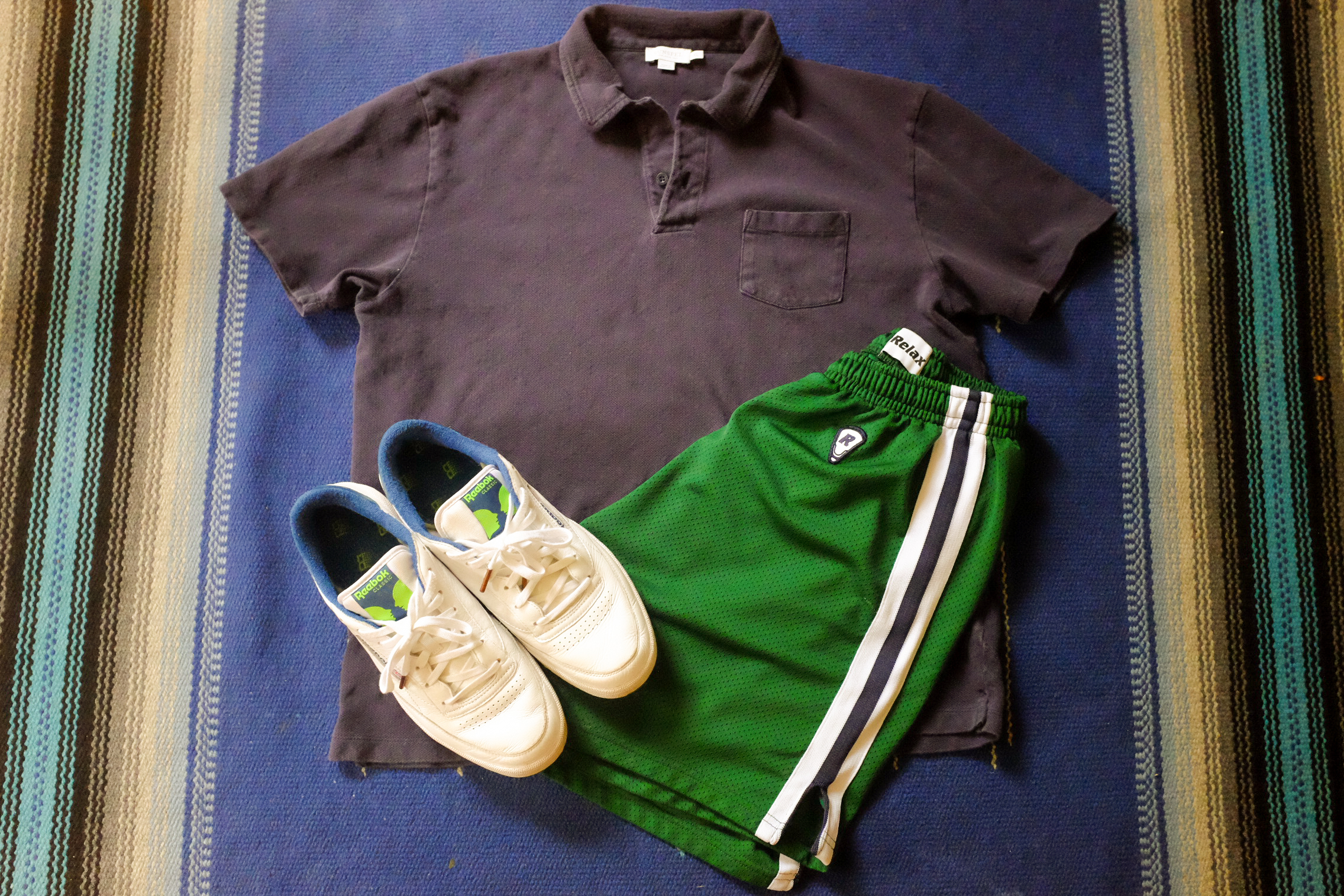 The line between what I find unacceptably sloppy and appealingly casual is not a straight line. It’s winding and blurry; indecipherable as the last eye chart the optometrist shows you. It’s dotted in some places. If you ask me how I feel about athleisure, you’re likely to catch me wincing, but if you ask me what I’ve been into lately, I may well describe comfortable clothing either directly from or influenced by clothes people wear while playing sports, or at least “being active” — rugby shirts, nylon shorts, hoodies, sneakers. This is a roundabout way of admitting I’m a hypocrite about some things, especially when it comes to sports gear in clothing.

I held off on embracing athleisure long enough that I think I missed the aesthetic altogether, or maybe it’s more like athleisure won and is now just part of dressing. Compared to a decade ago, a lot of clothing today feels stretchier and lighter, characteristics we were looking to avoid when we were searching the heaviest, stiffest jeans to break in back when. Pulling on a pair of sweatpants, it makes me feel better, or at least a little less false, to remember that gear developed for sports is as much a part of what men wear as gear designed for the military. Purpose-made clothing, often innovative in fabric and design. If we’re picking teams, the military gets bomber jackets, fatigue pants, and fishtail parkas, sure. But sportswear gets button-down collars, polo coats, and baseball caps.

So maybe I shouldn’t be surprised that my favorite pair of shorts this summer had an elastic waistband and striped trim. I originally bought a pair of Relax Lacrosse shorts last summer to wear around the house or even to bed — they reminded pleasantly of college, where some people other than me played sports like lacrosse but anyone could wear mesh shorts. 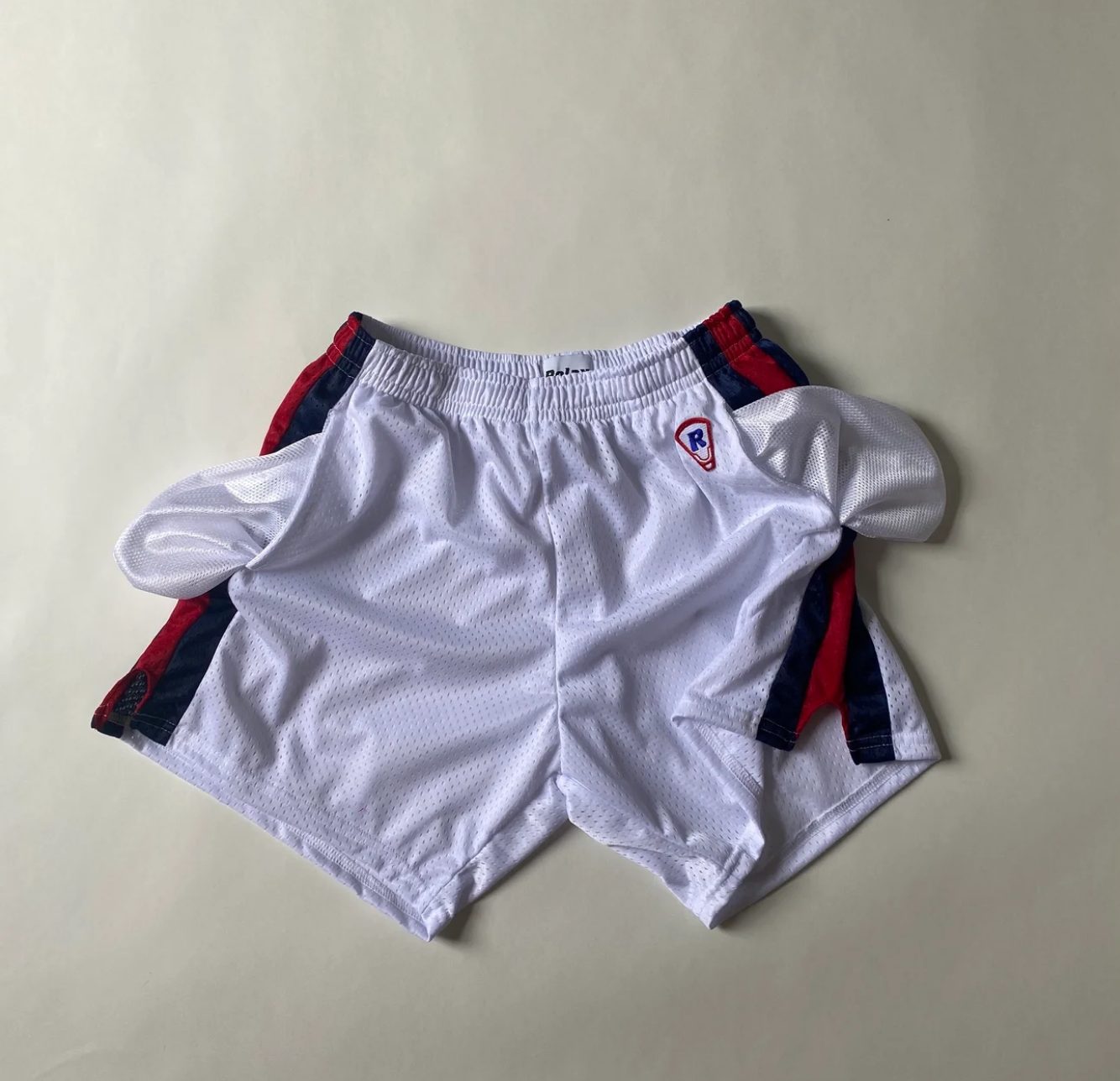 Maybe as the parts of my day bled together like the swirls on a tie-dye shirt, mesh shorts started to become all day wear. I like where they sit on aesthetic axes — comfortable but not sloppy, preppy but on the sporty side versus the country club side, true to retro styles but not like a costume. With no office to go to and plenty of just general hang-out time, they were an appealing middle ground between the shorts I’d wear running and the fatigue/camp shorts that have been a summer staple for a decade.

More broadly, athletic shorts aren’t pegged to a specific culture/subculture, so you don’t need a white college hat and vintage Widespread Panic shirt to complete the look (although that’s a good one). A tshirt or hoodie might be the most natural things to wear with athletic shorts (other than a jersey and cleats), but I’ve been wearing them mostly with 80s-era sneaker designs and plain, basic cotton polos. It took me a minute to get over wearing them with woven fabric shirts, but I think they pair decently with casual cuts and fabrics like OCBDs. Were I a little bolder, I’d consider wearing them with loafers, but I’m not there yet.

On another tangent, mesh shorts have a history as merch in the hardcore music scene going back to the youth crew movement in the 1980s (I haven’t been able to find an example until later in the 90s, when basketball jerseys were rampant in hardcore, but youth crew pioneered the jock punk look). They’re cheap, easy to print on, and look good with varsity lettering, so you can find a lot of hc/metal bands with shorts for merch (even some podcasts). I don’t have any myself but I feel pretty right in my mesh shorts and vintage Victory Records shirts.

Almost a decade after Virgil Abloh printed PYREX on some Champions, mesh shorts have caught designers’ eyes, as well, with some making sort of idealized versions and others using them as a canvas for their broader visions.

For a budget choice, Champion mesh shorts haven’t changed much in 20 years, and are like $20. I’ve also been having a lot of fun looking for vintage mesh shorts — search ebay and depop for college names, Champion, or lacrosse or basketball makers. Beware, though, the stench of vintage game-worn athletic gear. 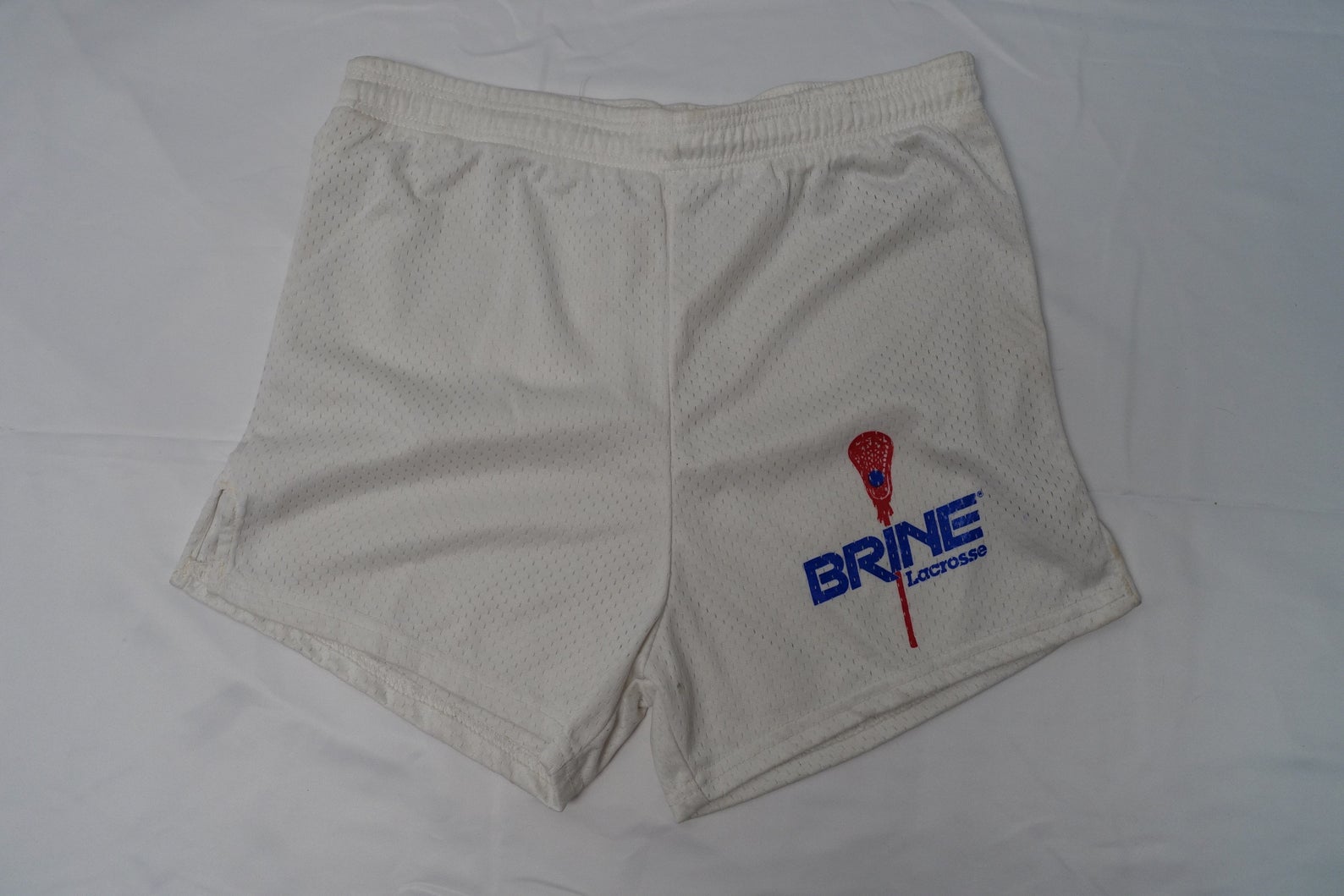