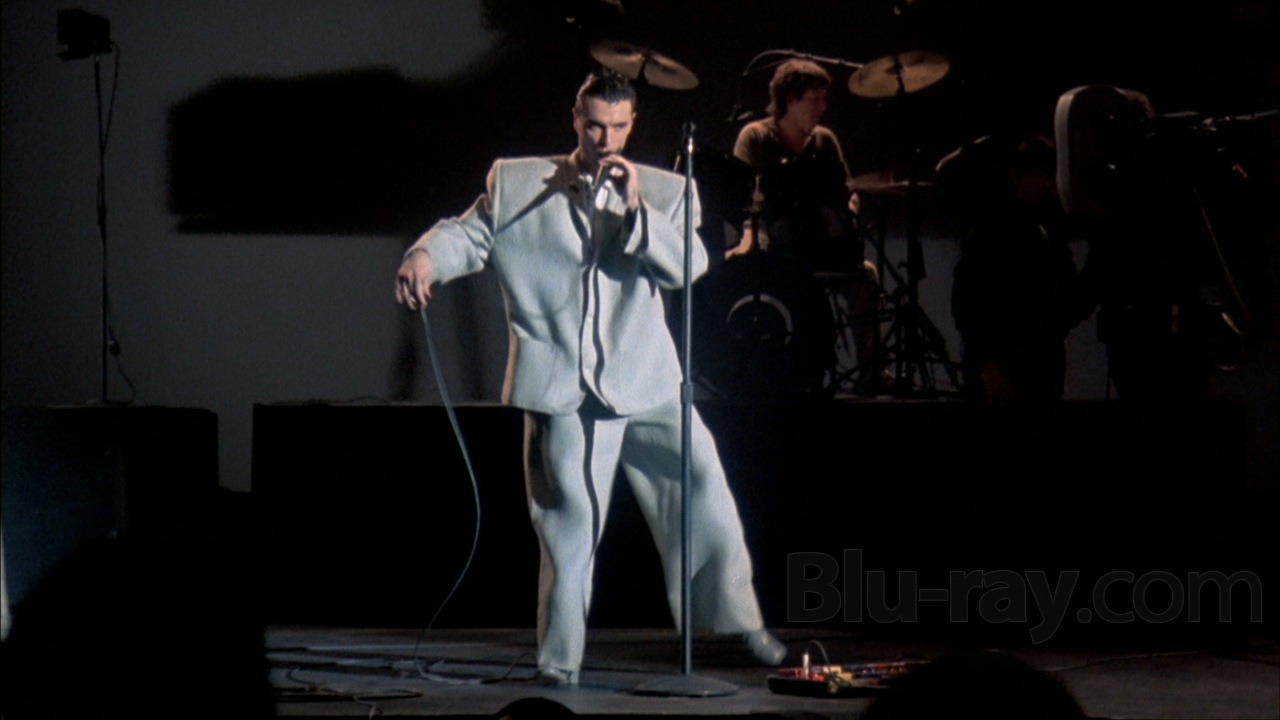 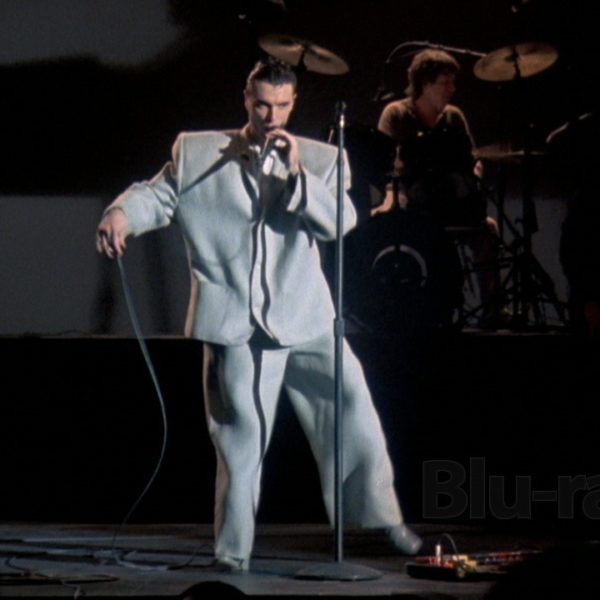 The Tom Brady and Sean Spicer images going around this weekend made me think of a truly iconic costume: David Byrne’s big suit, worn in the Talking Heads 1983 tour and acclaimed documentary Stop Making Sense (1984)–it’s also on the cover of the associated album, although Byrne starts off the film in a more normally proportioned suit. His big-shouldered medium grey business suit is the standard image/joke deployed whenever a guy is wearing a suit that’s a little too big.  So what’s the deal with it?

According to a fantastically odd interview Byrne did of himself at the time, he chose the suit because

I like symmetry; geometric shapes. I wanted my head to appear smaller and the easiest way to do that was to make my body bigger. Because music is very physical, and often the body understands it before the head.

That explanation means some sense, considering the visceral, oddball pop funk Talking Heads were working in at the time–Bernie Worrell of Parliament Funkadelic played with them on the tour. But in that clip, Byrne is neither a reliable interviewer or interviewee, so naturally that’s not the whole story. In a 2012 interview (with Entertainment Weekly), he further explained:

“…a friend made a kind of quip, while I was trying to think of what to do on this next tour, what to wear, and he said: ‘Well, you know what theater is – everything has to be bigger.’ And he didn’t mean the clothes had to be bigger, he meant that the gestures were larger, the music had to be more exaggerated, on stage than they would in real life. But I took it very literally and thought, ‘Oh, the clothes are bigger.’ I’d been in Japan recently and had seen a lot of traditional Japanese theater, and I realized that yes, that kind of front-facing outline, a suit, a businessman’s suit, looked like one of those things, a rectangle with just a head on top.”

“The actual suit hangs, barely touches your body. It’s got these giant webbed shoulder pads and a webbed girdle that you wear around your waist and pads inside that give you incredibly wide hips and no butt. So when you’re facing sideways you look normal and when you turn to face the front, you’re incredibly wide. Most of the suit isn’t even touching you; it’s just hanging from this scaffolding.”

Designer Gail Blacker, who made the suit, described it in 1984 as “more of an architectural project than a clothing project.” It cannot stand by itself, although Blacker described the frame as nearly an armature (the sort of bones of a sculpture). The suit’s color was chosen at least in part to cooperate with the stage lighting. Byrne has also said he chose colors like the suit’s grey tone to cooperate with stage lighting, and he asked the other band members to wear similar tones so they would be lit evenly.

The suit magnified Byrne’s famously gawky dance moves. As he shrugs his shoulders and shakes his enhanced hips at center stage, the suit’s fabric undulates and sways with him. It’s ridiculous, but it works.

Byrne has come to lament how closely identified he and the band became with the suit. He told writer Ian Gittins: “That will be the inscription on my tombstone. Here lies the body of David Byrne. Why the big suit?”