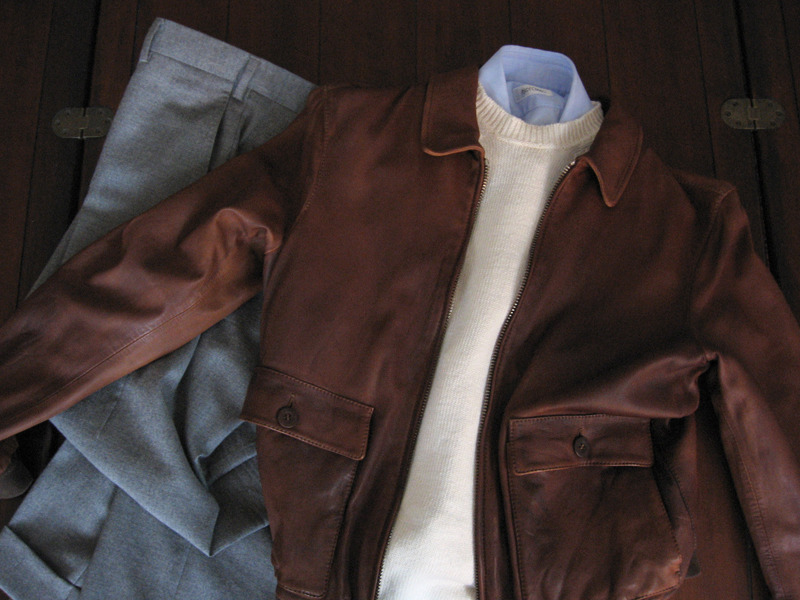 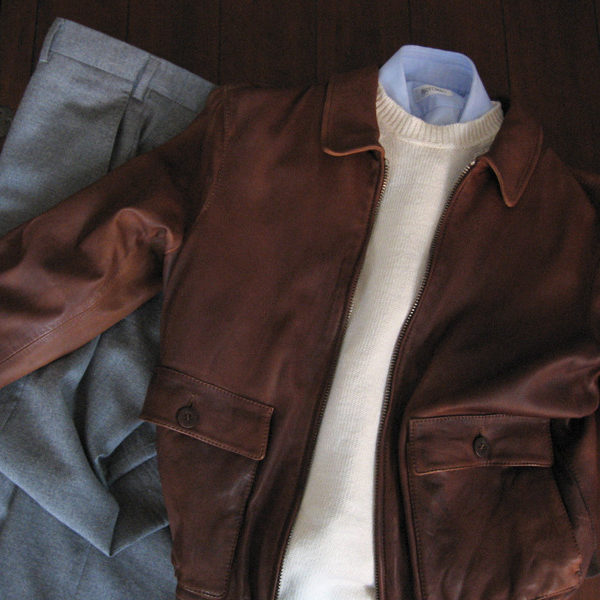 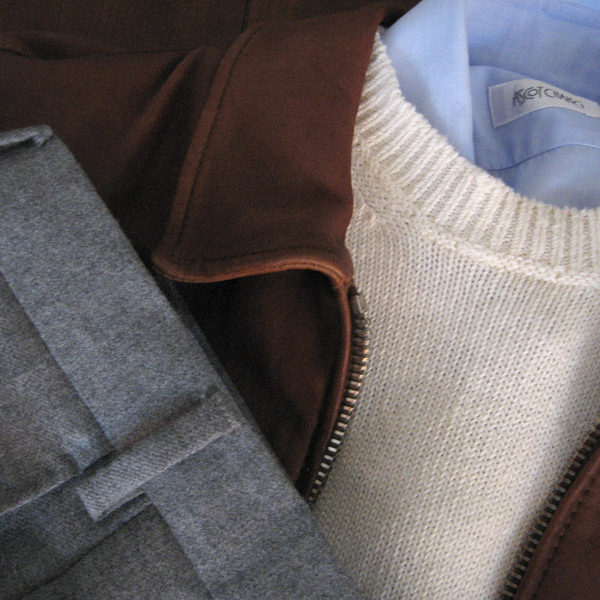 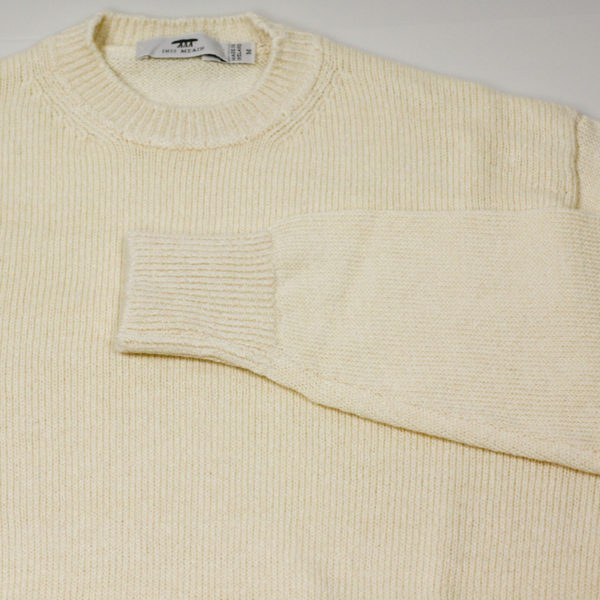 Linen sweaters can be very useful in the fall. They add an extra layer of protection without wearing too warm, making them perfect for days that range from chilly to cool. Cotton sweaters do this as well, of course, but every cotton sweater I’ve owned has lost its shape too easily. The body and sleeves bag after a while, cuffs lose their elasticity, and wrinkles get set into the elbows. Fine for sweatshirts, but less ideal if you want something dressier.

That leaves linen, which I’ve been wearing on weekends. The Bay Area’s weather has this annoying tendency to not be so chilly in the afternoon that you’d need a sweater, but as soon as nightfall comes, you quickly wish you had one. So I’ve been wearing my linen sweater on days like these, which has kept me comfortable in both the afternoons and evenings.

In addition, I’ve found that linen can add a bit of texture to an otherwise unremarkable ensemble. For example, in the photo above, I have my brown leather jacket, light blue cotton shirt, and grey flannel trousers. Put together, there’s perhaps too much reliance on solid colors, but once you add the rougher texture of a linen sweater, you add a little subtle variation where there needs to be. (Granted, my own pictures don’t show this texture off very well, but the last image, taken from A Suitable Wardrobe, does).

Unfortunately, there aren’t many places that make, or even sell, linen sweaters. The best I know of is Inis Meain. Where you’d think linen can bag over time, Inis Meain’s version holds up just as good as the best merinos and lambswools. You can buy one from A Suitable Wardrobe. In the past, they’ve also manufactured them for Ben Silver and JL Powell, but those retailers are not selling them at the moment. For something more affordable, check Brooks Brothers, Land’s End, and Club Monaco. Those are unfortunately linen-cotton blends, which makes me suspect they won’t hold their shape as well over time, but on the upside, they’re also a fraction of the price. You can also find linen-cotton blend sweaters at Ralph Lauren, though they don’t seem to stock any recommendable ones this season. Ebay may have some from previous years, but you’ll want to avoid the flimsy, loosely knit, baggy variety. A discerning eye and some patience should land you something good.