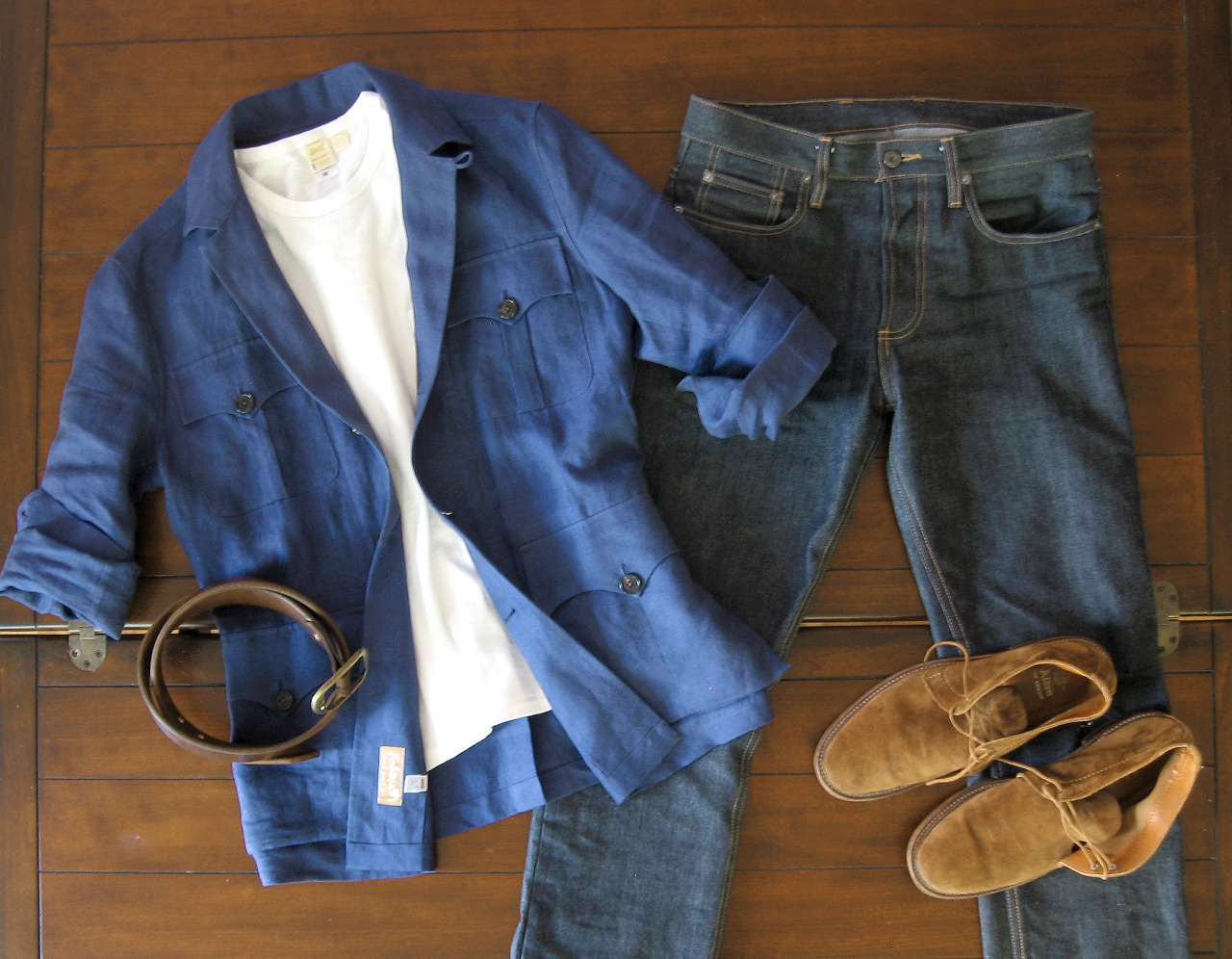 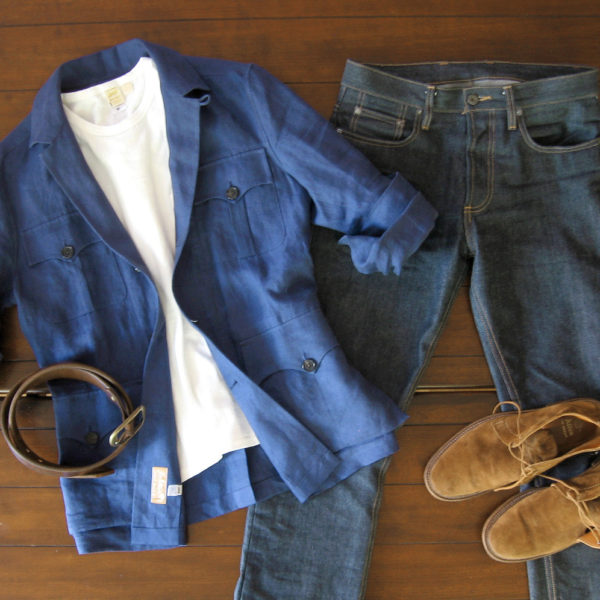 California has been going through a heat wave in the last week, so I’ve been unexpectedly getting a little more wear out of my summer clothes. Pictured above: a blue safari jacket from Ascot Chang, a pair 3sixteen jeans, some unlined Alden chukkas, a white Barns t-shirt, and a new belt from Don’t Mourn Organize.

The nice thing about a lightweight jacket such as this is that you can get a little layering in even when the weather is hot. Unlined and unpadded, such jackets wear a lot cooler than sport coats – even when they’re made from heavier, thicker materials. They’re also great for the cooler conditions of early fall, when you want something to protect you from the chill, but don’t want something as warm as a heavy coat.

If you’re interested in one, there are a bunch of options. Ascot Chang’s safari jackets can be found in both ready-to-wear and bespoke form at The Armoury, but you’ll have to call or stop by one of their stores. Alternatively, if you have a custom shirt maker, they should also be able to make you something. For something more affordable, browse eBay for Engineered Garments’ models. They’ve made a few in the past. You can also try to get one as cool as Hooman Majd’s, which was made by Maison Martin Margiela.

Generally speaking, safari jackets are better suited to hot summer weather (or when summer won’t seem to leave). For something more fall appropriate, try CPO shirts, which is a kind of heavy shirt jacket originally worn by Chief Petty Officers (hence the name CPO). I really like the unique material on Buzz Rickson’s model, but Steven Alan’s and Fidelity’s are more affordable. J. Crew also has this one on sale for sixty bucks today, although I’m not sure of the weight of the fabric (in the photo, it looks a little shirt-y). Additionally, there are Pendleton Board Shirts. They’re not technically CPO shirts, but they’re close enough. If you want something with a little more of an edge, check your local thrift shop or Vintage Trends.