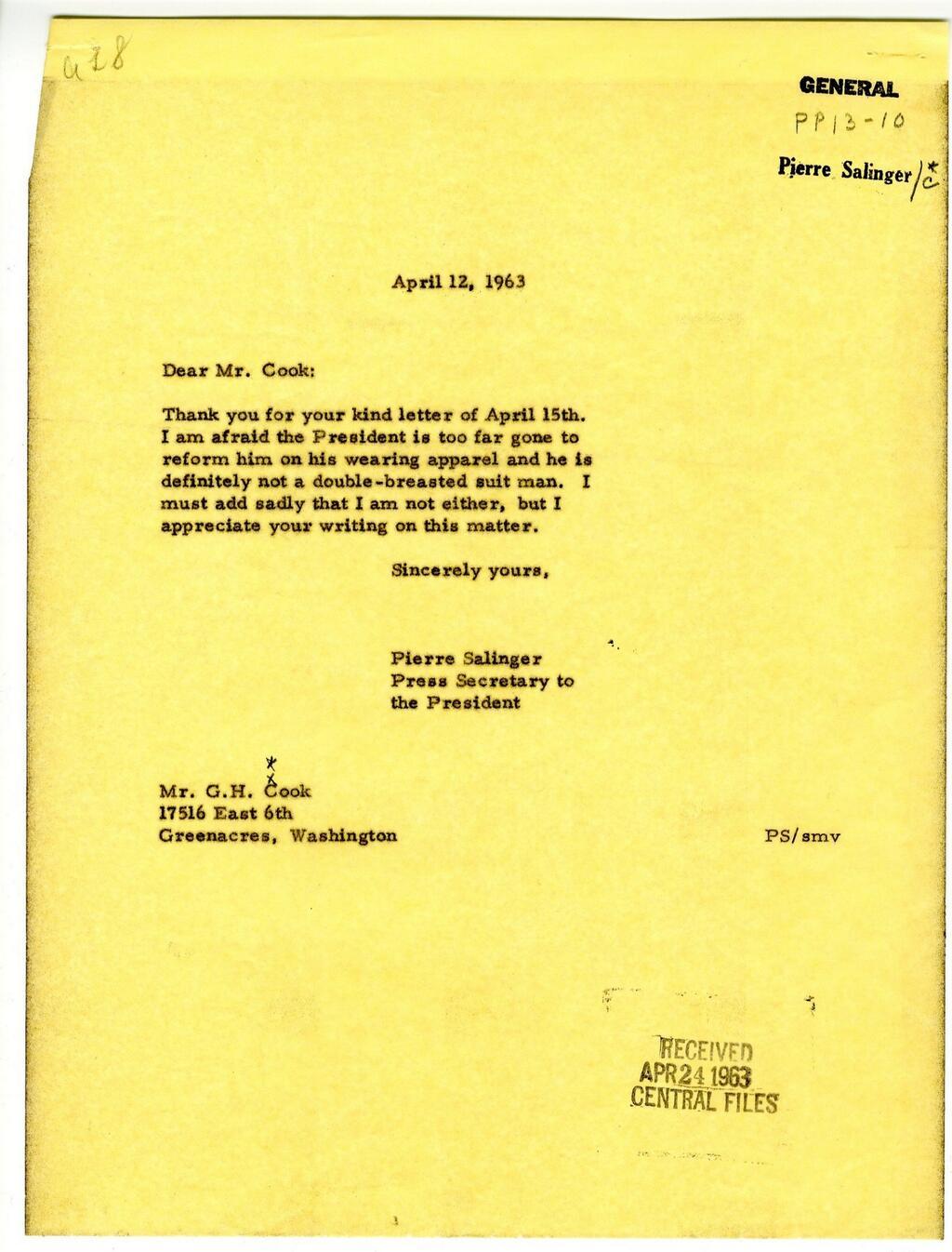 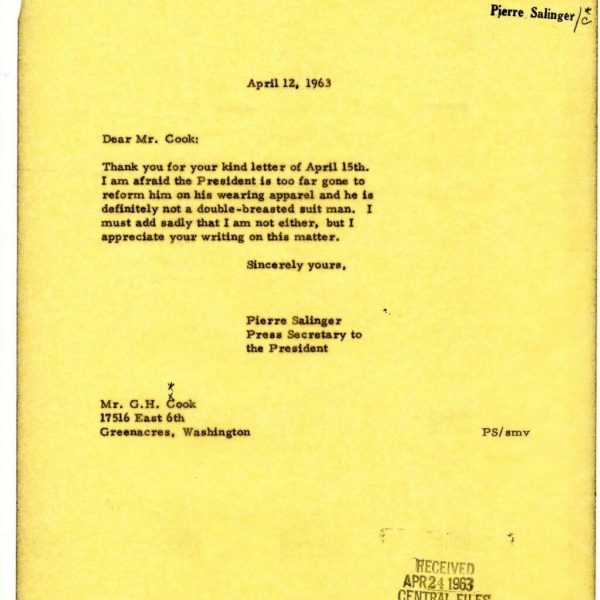 Apparently, John F. Kennedy’s suit preferences were set in stone by the time he was elected President, as demonstrated in this letter to one G.H. Cook from Kennedy’s press secretary, Pierre Salinger. It’s true that outside of photos of Kennedy in uniform you don’t see depictions of him in anything other than single-breasted jackets. I don’t know what Cook was suggesting, exactly, but it’s good to know that not all suggestions on what to wear (from constituents or girlfriends or sales associates) are right for you, and that advice on the subject can be gracefully declined.