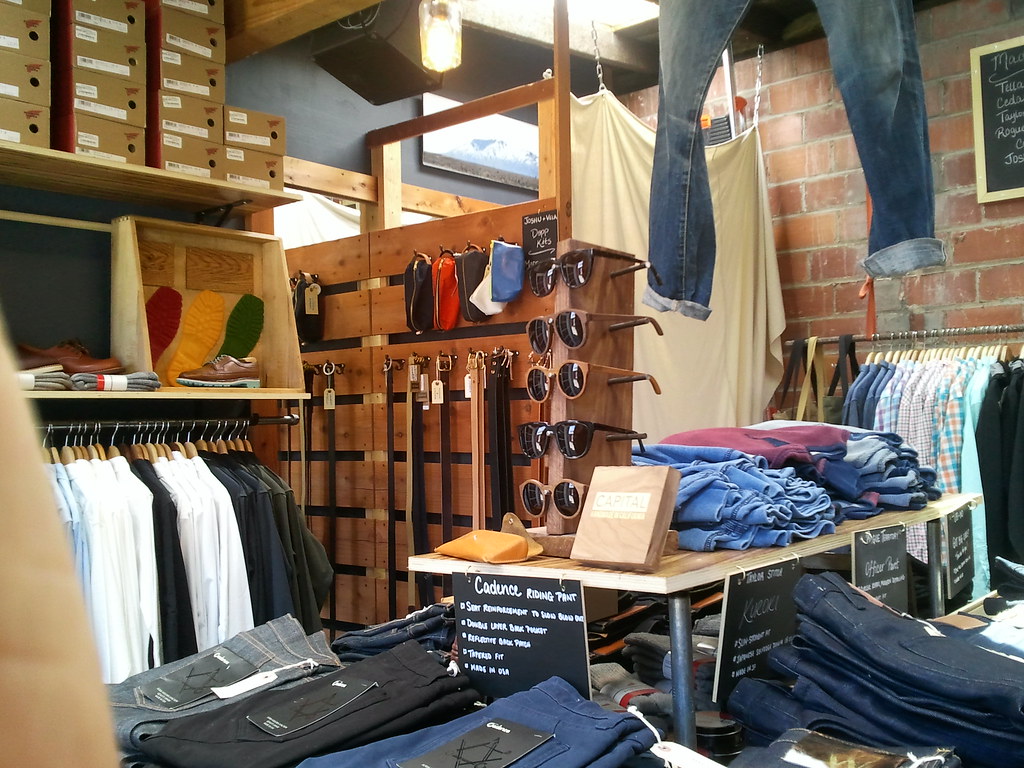 One of the many costs of crisis is attention. The familiar rhythms of focus are interrupted — starting the day with a cup of coffee and a little news, solving the commute crossword, scratching items off the workday to-do list, winding down with a book or movie at the end of the day. Now, homebound by coronavirus, whether we’re working, or working and parenting, or not working at all, time ebbs and flows, perforated with moments of panic, as our idea of what’s on the other side of stasis changes shape and recedes another week, another month.

For most of us, though, the days are spent navigating our semi-paused existence and distracting ourselves from the enormity of the crisis. But even as our attention spans are pounded and kneaded like so much sourdough, people are bingeing Netflix series, getting in shape, learning new skills, cooking, eating, and definitely drinking, and maybe watching Quibi?

One thing we don’t seem to be doing much of is shopping. Makes sense; we literally can’t browse in person. And pandemic has dampened our needs. Vacations are off, and resortwear even more nonessential than usual. Some people are coming to aesthetic epiphanies. As writer John Paul Brammer put it, “Ok so it turns out I was in fact dressing up for other people and not ‘myself.’” The Census Bureau estimated March clothing sales to be down nearly 20 percent, and that was for March.

I talked to some men about how they’ve changed shopping and spending habits during the global shelter in place. I wanted to know not only because it’s a snapshot of where our attention goes in crisis, but a window on how we expect the world to be after. For many of us, planning for and buying clothing, or at least considering buying it, is a comfort. It also occupies time with something that brings at least a little joy. It reminds us of better, more jawnz-friendly occasions, and allows us to consider a world where there will again be occasions, and the right clothes for them.

Supporting Businesses We Care About

One theme was concern for smaller and more personal service-oriented shops and makers. David Coggins, author of Men and Style (he also recently launched the Contender), said “I think it’s an interesting and difficult time, especially for tailors. There was an initial outpouring of support for small beloved companies — just like there was for restaurants. But as the reality of what we’re going through set in then it gets harder for most people to justify buying a silk scarf.”

He’s doing his part for these companies where he can. “I’m friends with people who run these types of companies, J. Mueser and Drake’s, for example, and I pick things from their online stores and share those online.”

Coggins admitted he doesn’t shop a lot in normal times, but said he’s been shopping vintage online. “I am on eBay a lot. I don’t know if that’s a form of escapism or what. I guess I’m looking for the perfect old pair of Crockett & Jones shoes or ancient Polo corduroy jacket (when they were still made in America). During unsettled times I’m more attracted to old things. I find that reassuring.” 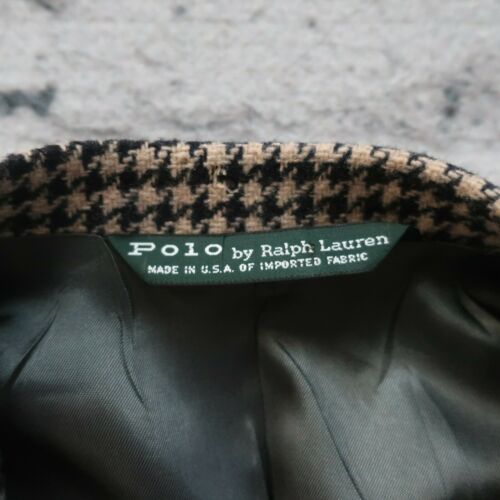 Not corduroy, but deadstock!

“The irony of all this is that while it’s a great time to support small stores it’s also a time when you realize just how much shit you have in your closet that you don’t need.”

C.D. Moorby, designer and co-founder of Commission Studio in London, also ventured that he’s all too aware of the shit in his closet. “Spending time at home is causing me a bit of a wardrobe crisis. I’m working in my bedroom next to my clothing all day, and it’s causing panic. I need to make a deep cull. There’s too much. I realize that I love the thrill of the chase with clothing and that’s never going to stop, so I’m flipping clothes a lot more than I ever did before.”

For true jawnz enthusiasts, isolation hasn’t stopped acquisitions altogether, though it has lowered some spending limits. According to Ben in Hermosa Beach / cotton_dockers, a regular in our #ptoman roundups, “I’ve bought a number of items this quarantine actually. I’ve stayed away from big-ticket purchases (there’s an Evan Kinori jacket I’ve been drooling over) just because this thing is so crazy I’d hate to have things go really nuts and have a $500 bill for a jacket I don’t really need mocking me.

“I’ve only bought from small business I like (No Man Walks Alone, 18east, Canoe Club, this cool little Etsy shop Kinzzza [editor’s note: hot tip]) and I’ve tried to help out places that are trying to do their part (I bought masks from Tony Shirtmakers and Standard Issue Tees [editor’s note: I, too, ordered masks from Standard Issue]). I feel like I’m lucky to be in a good position with a steady paycheck (knock on copious amounts of wood) so I’d like to help where I can, even if it’s not too much in and of itself.”

The last thing I bought pre-isolation was from Sid Mashburn, on a work trip to Atlanta that would have been canceled if it had been only days later. Mashburn has been running a sale, and Ryan Cecil, long-time Put This On illustrator and cartoonist in Los Angeles,  picked up one of the most event-oriented items he could: a tuxedo, along with a shirt, studs, and socks. “The tuxedo was a big purchase. It’s something that I know Sid would never otherwise offer on sale. I’m excited to wear it, and I’ll find occasions — obviously after quarantine is over.

“Right before this all started, I picked up a made to order utility vest from P. Johnson [depicted here]. I’ve worn it almost every day in quarantine — it’s super practical (holds tissues, my mask, hand sanitizer, AND lots of markers) and also, it’s kinda elegant and understated. And it feels a touch more dressed up, for working from home, than just jeans a sweatshirt.”

Ryan is not one to keep up his daily dress code in isolation, though. “I usually wear a jacket and tie to work every day. Not in quarantine. No tie, no shoes with laces. And I haven’t ironed yet. But I do wear a dress shirt every day. I was wearing jeans for the first few weeks but now I’m back to dress pants because they feel nice. And sometimes the jacket. That’s it.

“I feel so, so blessed to have a job now more than ever. I want to support stores and people I like, so I’ll keep buying from them online.”

Alex Delany, the drink editor for Bon Appetit, is also using his shopping dollars to support businesses — in his case, restaurants. “Only big thing is a pair of house slippers from Artemis Design. I’m working from home so having some comfortable footwear for the house has been clutch.

“Otherwise, a few t-shirts here and there — some restaurant merch. I bought a tee from Palizzi Social Club in Philly and a tee from bar part-time in San Francisco.” 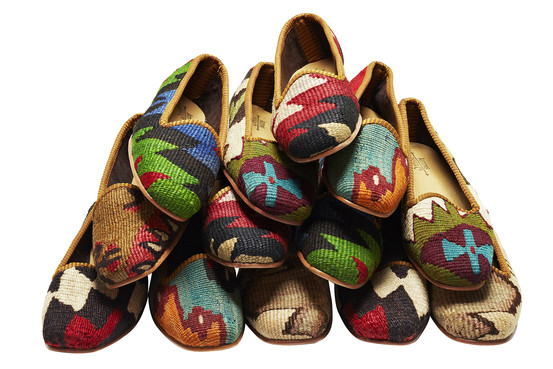 Grayson from Well Worn, Worn Well is also supporting his favorite restaurants this way. “I’ve bought a lot of merch from my favorite local restaurants and bars. I can’t be in there eating/drinking like I normally would, so a t-shirt or hat makes me feel like I’m helping out.

“Otherwise, I’ve actually bought more furniture, art, etc. (given that I’ve been stuck at home), but I also have bought a few things, the latest being a vintage Made in USA Dungaree overshirt from Ralph Lauren and a couple of pairs of Patagonia Baggies. Not getting as much use out of the tailored staples I usually wear has inspired me to get a bit funkier than I’d normally be.” 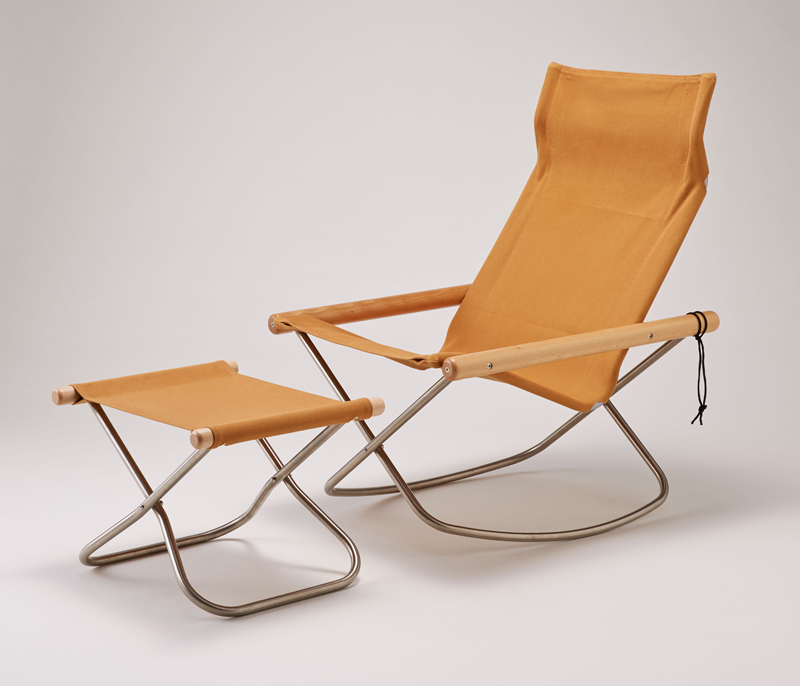 Buying things other than clothing. Hm.

Maybe counterintuitively, a big isolation-related shakeup in GQ features writer Cam Wolf‘s life has led to more shopping. “The first part of this I need to mention is that I was supposed to get married in May and was on an extended shopping hiatus because of it. Once that was officially postponed it was like taking the cork off a champagne bottle — I’ve been shopping a lot more than usual. Plenty of I-deserve-this purchases I’ve made to try and soothe the sadness around canceling my wedding (remember: love is the ultimate cop).

“Now that I’ve bummed everyone out, the purchases I’ve made largely fall into two buckets: stuff I’d never wear out and stuff I’d only wear out. I’m buying things either for immediate comfort or for the person I want to dress like once we no longer need to self-isolate.

“In the first category is a pair of slippers that are as revolting they are comfortable (extremely) from this brand Acorn. A necessity when spending 99% of my time inside my apartment.

“The next lot of stuff is more exciting. From Supreme, I bought a pair of black pleated trousers because everyone knows the brand’s best items aren’t the box-logo hoodies but the grown-up pieces. I also took advantage of J. Press’s warehouse sale and got a khaki-colored double-breasted blazer.”

That’s the $1200 question, really. When this is over (if there’s an over, exactly), what will we want to wear? Will we want to shed the sweats or lean into comfort? According to Coggins, “When we’re back out and about I think it will be interesting to see how people dress. I hope they dress well and dress up. Though probably more soberly.”

Says Wolf, “I have this gnawing feeling that once this is all over I’m going to burn my sweats and hoodies and want to really dress up all the time. I put a blazer on inside the house while having dinner the other day just to remember what it feels like. It’s nice.”