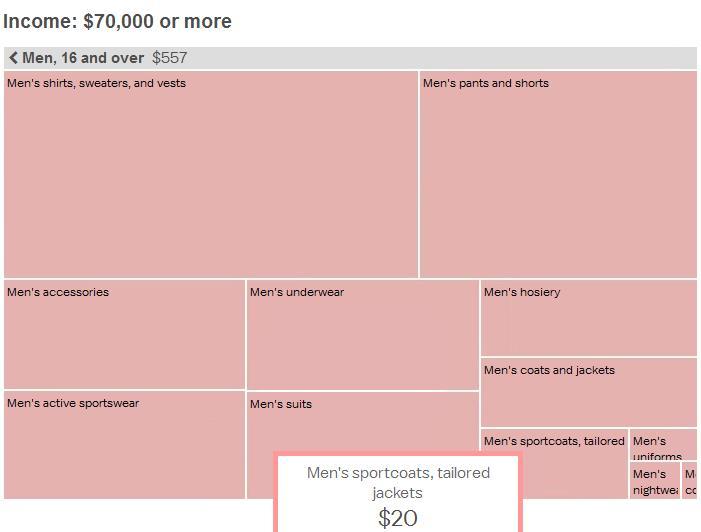 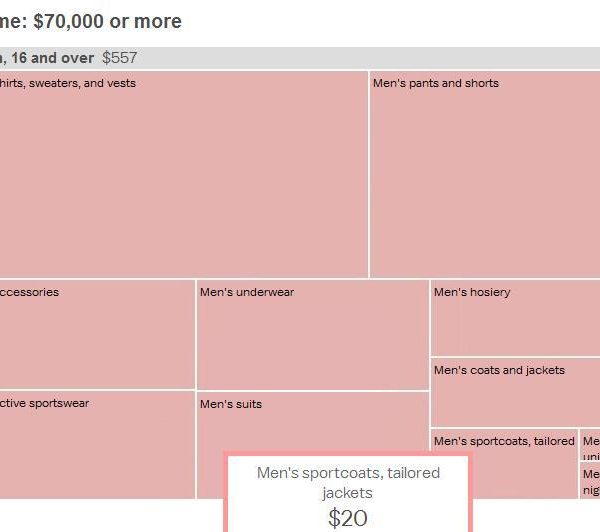 The latest stats on how Americans spend their money are out, in the form of the Bureau of Labor Statistics’s Consumer Expenditure Survey for 2014. And although spending on men’s clothing overall ticked up over last year (in fact the highest since 2008 in raw dollars), the amount spent on suits and sportcoats wouldn’t buy a pocket on that Eidos jacket you’ve been eyeing. According to analysis of the data by Vox, a household earning $70,000 or more spent, on average, $20 on tailored jackets in 2014. Twenty. Bucks. Go down one income group, and it’s $3. At this time, data is not available on whether $20 is merely what the guy told his girlfriend his jacket cost.