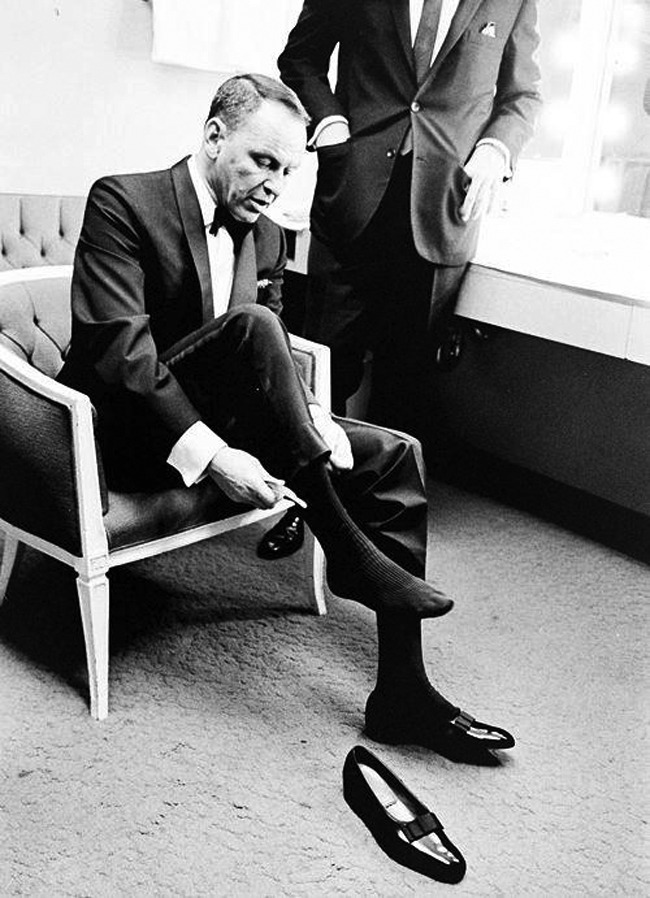 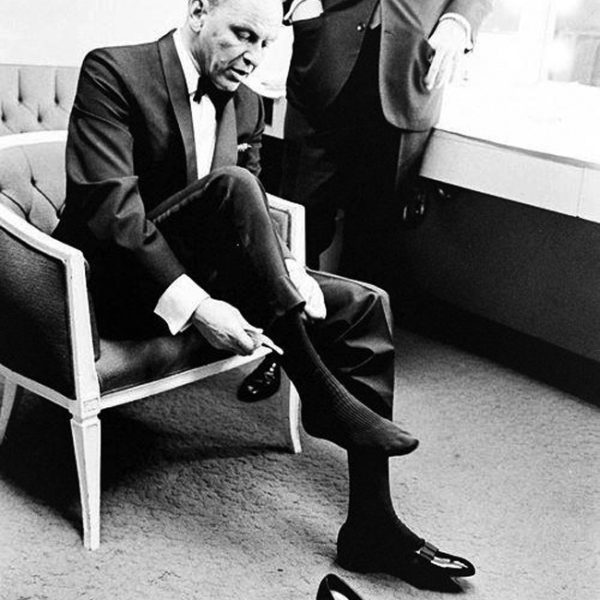 Being New Year’s Eve, tomorrow is a great opportunity to put on a tuxedo if you’ve ever wanted an excuse to wear one. So few men get to wear tailored clothing nowadays, but the ringing in of a new year is one of the few times almost anyone can dress in the most classic of tailored clothes – the tuxedo.

The Platonic ideal for a tuxedo involves a single- or double-breasted jacket with peak or shawl lapels. The single-breasted can be worn unbuttoned, but requires that the exposed waistband be covered up by a cummerbund or dress vest. The double-breasted model, on the other hand, doesn’t require a waist covering, but it needs to be buttoned when standing and unbuttoned when seated, so it can be a bit of a hassle. Either way, both ought to be accompanied by a white shirt, black bow tie, and pair of black shoes. The white shirt ideally should have a bib or pleated front, and be closed with studs instead of buttons; the black shoes ought to be formal black pumps, though highly polished black oxfords will also do. Of course, at this point in the game, it’s too late to acquire a tuxedo if you don’t already have one. Jesse and Kiyoshi have written extensive guides on how to wear black tie (and acquire what you need on a budget), should you want to prepare for next year.

For those who don’t have the goods or the opportunity to wear black tie, I’d suggest still dressing up. Try breaking out a dark navy suit – again, single- or double-breasted – with peak or notch lapels. Choose a more formal looking shirt, such as a white one with French cuffs, and accent it with some nice cufflinks. Put on a pair of freshly polished black captoe oxfords, place a neatly folded white linen pocket square in your breast pocket, and choose a tie that will do well at night – such as a black or silver necktie, ideally made from satin so that it’ll reflect a bit of light, or even a black bow tie.