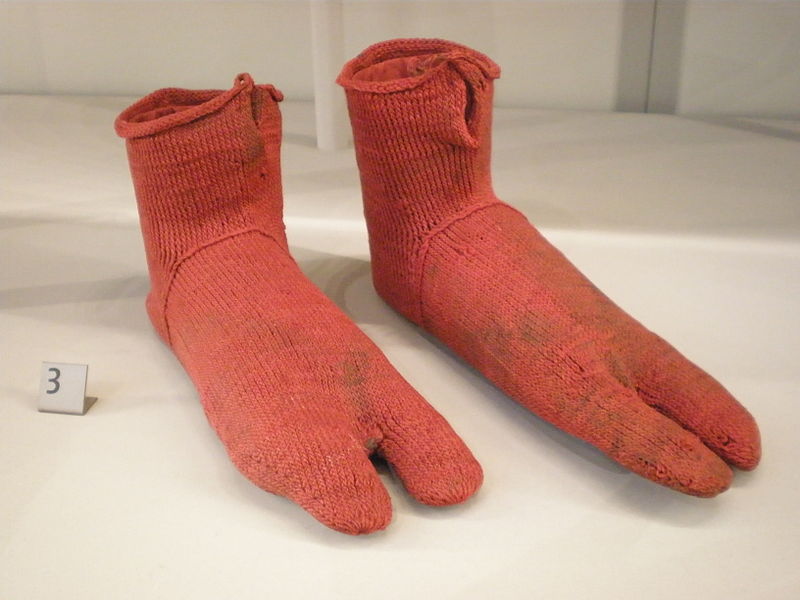 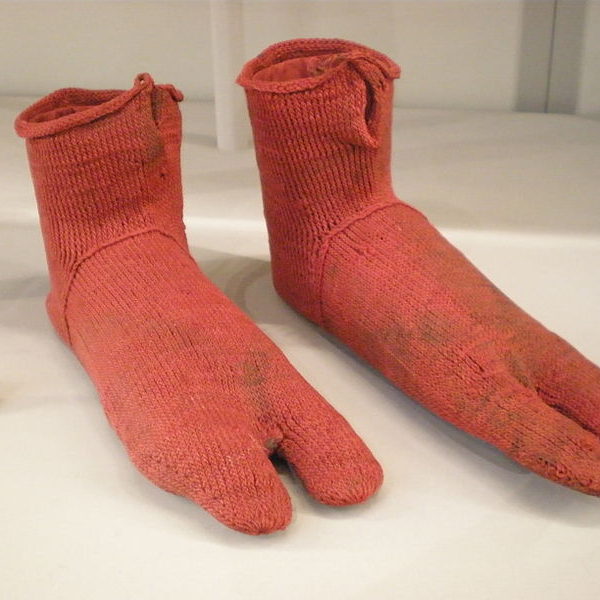 The Romano-Egyptian socks were excavated in the burial grounds of ancient Oxyrhynchus, a Greek colony on the Nile in central Egypt at the end of the 19th century. They were given to the Museum in 1900 by Robert Taylor Esq., ‘Kytes,’ Watford. He was executor of the estate of the late Major Myers and these items were selected among others from a list of textiles as ‘a large number of very useful examples.’