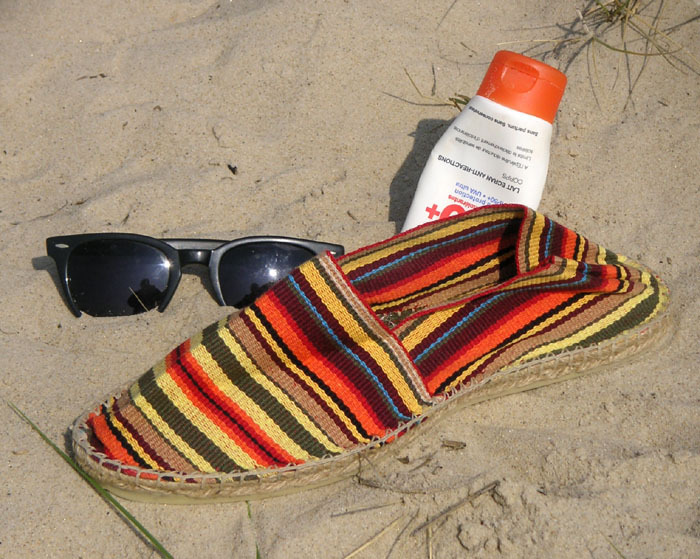 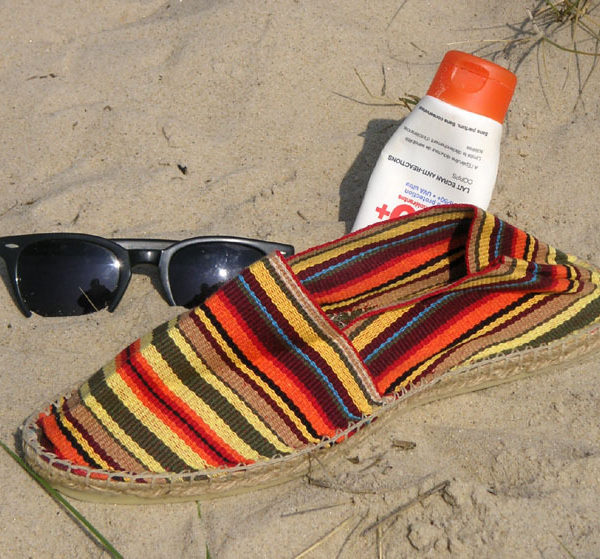 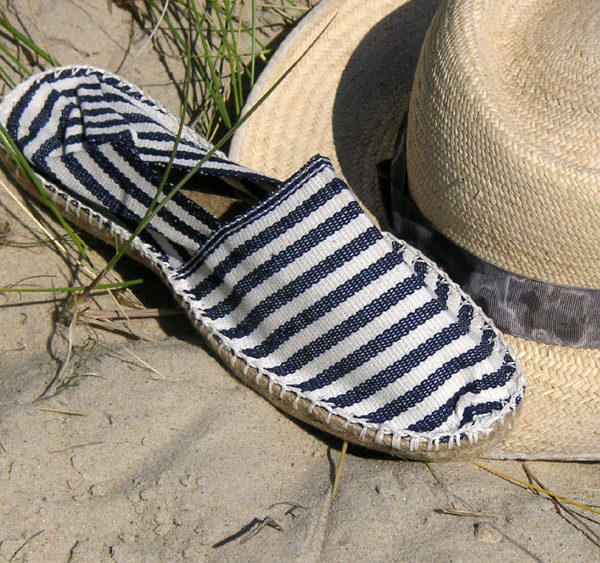 After a broad-ranging look at espadrille sources for those of us who won’t be in Spain, Portugal or coastal France anytime soon, I finally decided to place an order with RopeySoles.com.  Their shoes are made in France, in the traditional style, with a pretty broad array of fabrics.  I went with the marine stripe and “summer heat” styles (both pictured above).  The beautiful Mrs. Thorn went with a pair in the California pattern, plus a pair of heels in a natural linen color.  I was disappointed that shipping couldn’t be combined (a friendly email informed me that this has to do with the fact that they can send single pairs in envelopes cheaply), but the total still came to just a bit over $25 per pair.  Not cheap cheap, but cheap enough.

They arrived quite promptly, and they’re lovely.  Kudos to RopeySoles for a nice product.

(By the way, you don’t need to email me about Tom’s shoes.  I worked in international development and my father has spent the last 15+ years running The Jhai Foundation, which does development work in Laos, India and even here in the US.  While I’d certainly rather Tom’s do some charitable giving than none, the idea of charitable consumption is absurd to me.  Buy the cheap ones and give $20 to a real aid organization that isn’t built around the bizarro-world false assumption that what people in the third world really need is fashionable shoes.)