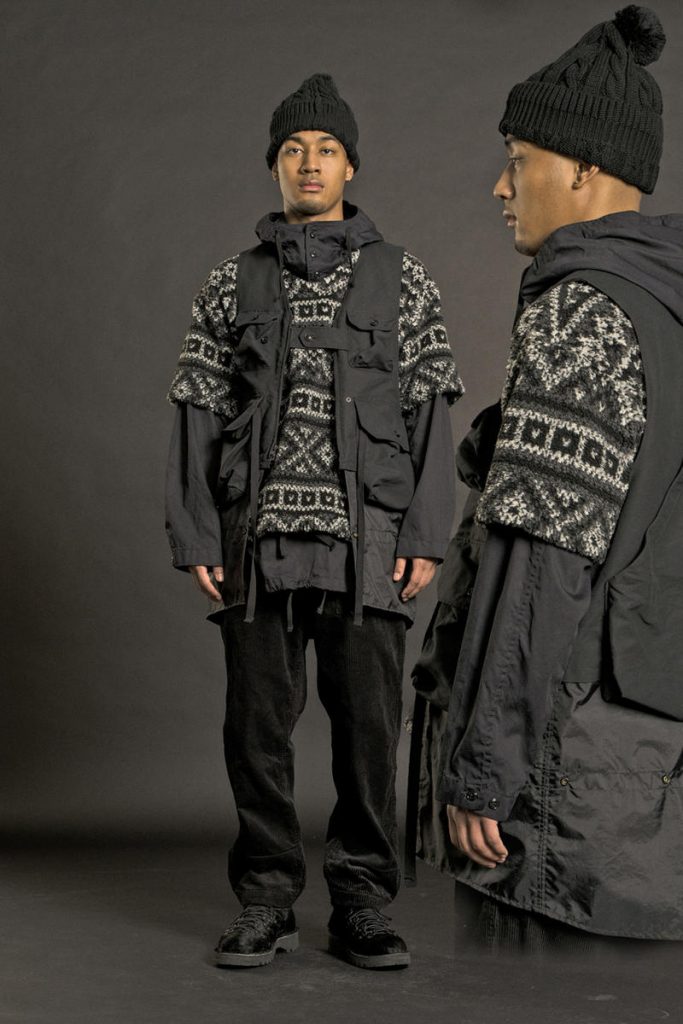 The best debates are always the most trivial ones. On Tuesday, @gplatinum_ tweeted out a photo of the inside of a New York City subway car, asking fellow New Yorkers which they felt is the best seat. The layout should look familiar to almost anyone. Three seats face the center of the car and two seats face forward. It’s what you’ll find in many US public transportation systems.

The answers were surprisingly diverse. Some were firm in their choice, while others couched their decisions depending on the type of ride. Seat 1 if the train is empty; 3 and 5 if it’s packed; 4 for long trips or if you’re tired.

The correct answer, of course, is 4. Seat 4 protects you in case anything pops off. Seat 1 is the first to get robbed in a snatch and run. The only danger to 4 is if 5 and 3 get into a fight, but you have to assess the possibility of that happening when sitting down.

All my New Yorkers, which is the best seat? pic.twitter.com/PeAQ7UEdC9

Gabe’s tweet made me wonder: like seats in an NYC subway car, which is the best seat for my belongings in an Engineered Garments outfit? Even with a simple CPO shirt jacket, an EG outfit will have at least six pockets (seven or eight if you count the back trouser pockets, but that depends on the model). If you layer with an EG parka, this could be upwards of 475 pockets (game pocket, interior pocket, arm pockets, pockets within pockets, etc).

I tweeted this question out this morning and was again surprised by the answers. A large number of people said 2 (no justification, as there is none). Jacob Gallagher, a documented Engineered Garments fan and Wall Street Journal’s Men’s Fashion Editor, ranked them as “4, 2, 1, 3, 6, 5.” @StreetNightLive and @ewlamy noted that the best pocket is actually the game pocket and interior chest pocket, respectively. But for the sake of simplification, we are not including those options. (If we did, it’s true that the interior chest pocket is the most useful). 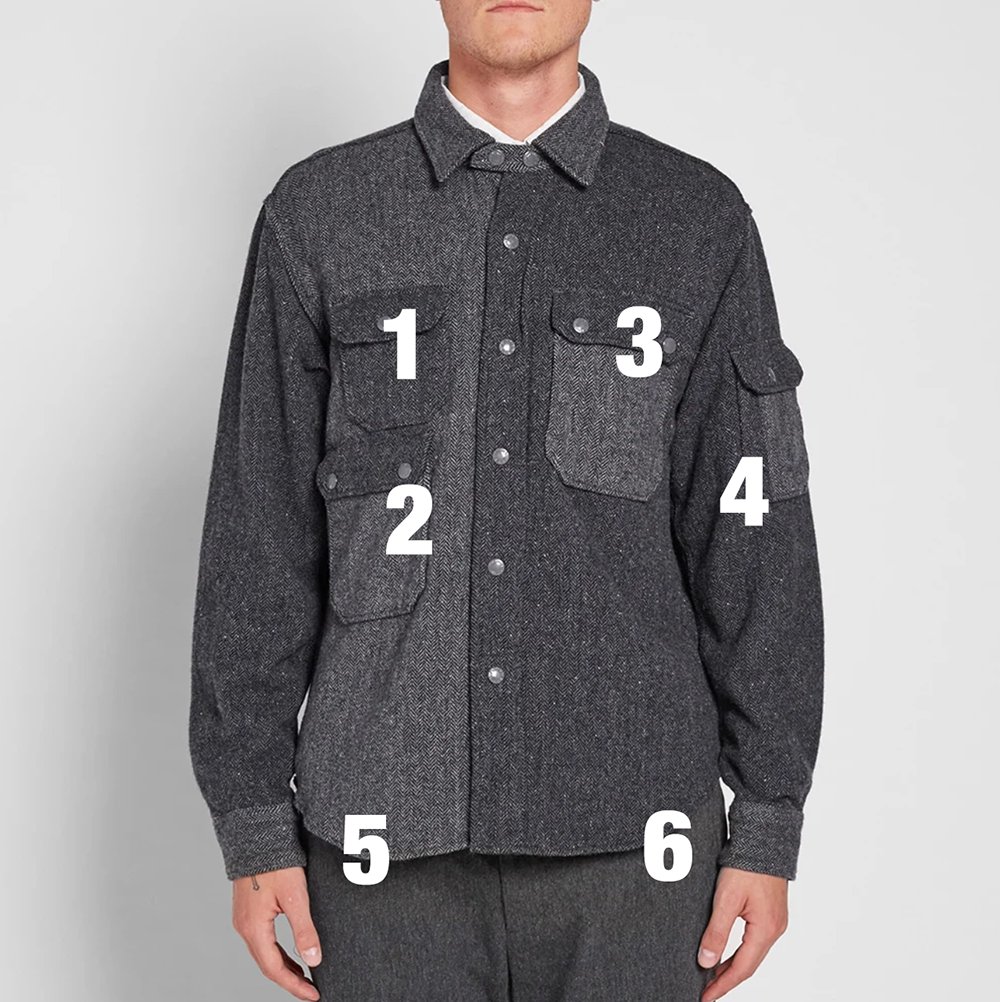 Here is the correct ranking, from best to worst: