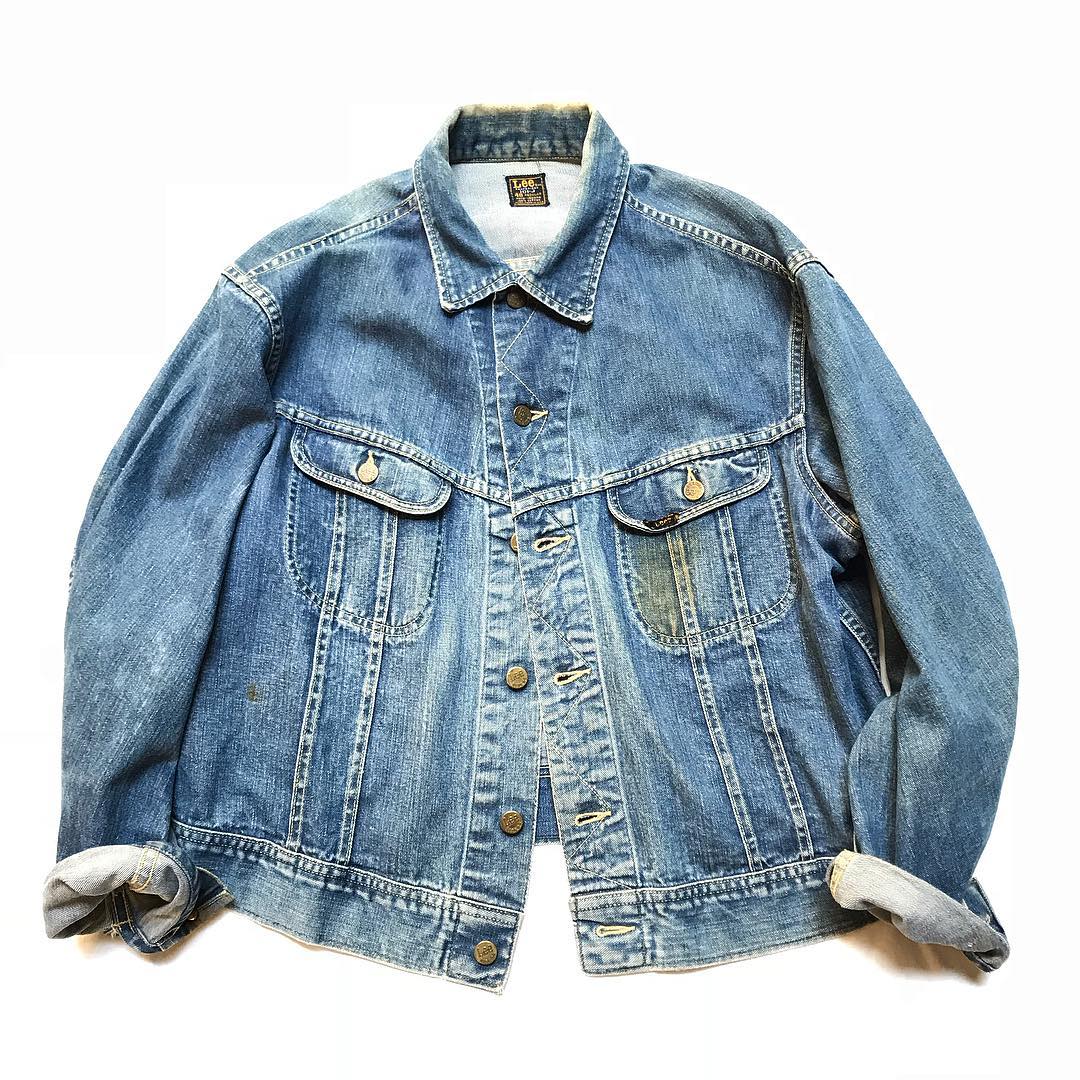 No one knows who invented the denim jacket. The 1906 San Francisco earthquake leveled not only most of the city but also the historical archives of many workwear brands based here. But one of the earliest models, at least, came from Lee. In 1934, they introduced their slimline 101J jacket — a companion to their 101 jeans — as a piece of protective ranch clothing. A year later, they launched their Storm Rider, which is the 101J with a blanket lining and contrast corduroy collar, which served as the cowboy standard for the next three decades.

Although denim truckers were initially aimed at ranchers, the decline of Dude Ranch clothing in the 1940s meant that companies such as Levi’s and Lee’s had to aim these jackets at different markets. At some point, long-distance haulage drivers picked them up because they were cheap and commonly available in the more remote parts of the United States. Companies exploited this history after the Second World War to market their clothes to city dwellers. By the 1960s, people who have never driven a truck or roped a cow started wearing truckers because they associated the style with a kind of enviable and even noble lifestyle. This is also how a piece of ranch-wear became known as the trucker jacket.

The style is also a genuine classic. Kirk Douglas sported one as cowboy Jack Burns in Lonely Are the Brave (1962). Paul Newman never looked better than when he was in a Lee 101J in the film Hud (1963). Perhaps most influentially of all — even for men — Marilyn Monroe wore a Storm Rider when she played the beautiful ex-stripper Roslyn Taber who ended up meeting the aging cowboy-turned-gambler Gay Langland (Clark Gable). That film, The Misfits (1961), was last completed project for both Clark Gable and Marilyn Monroe before their deaths.

A couple of months ago, I bought my first denim jacket. It’s a vintage Lee 101J that I found at Wooden Sleepers, a second-hand store based in Brooklyn that takes phone orders. This one was about $150, which is roughly $50 or $100 more than you might pay elsewhere. But I liked the wear pattern and busted up seams. Plus, it came from one of my favorite workwear stores, and Brian, the shop’s co-founder, hand repaired the collar himself with a bit of oxford shirting. 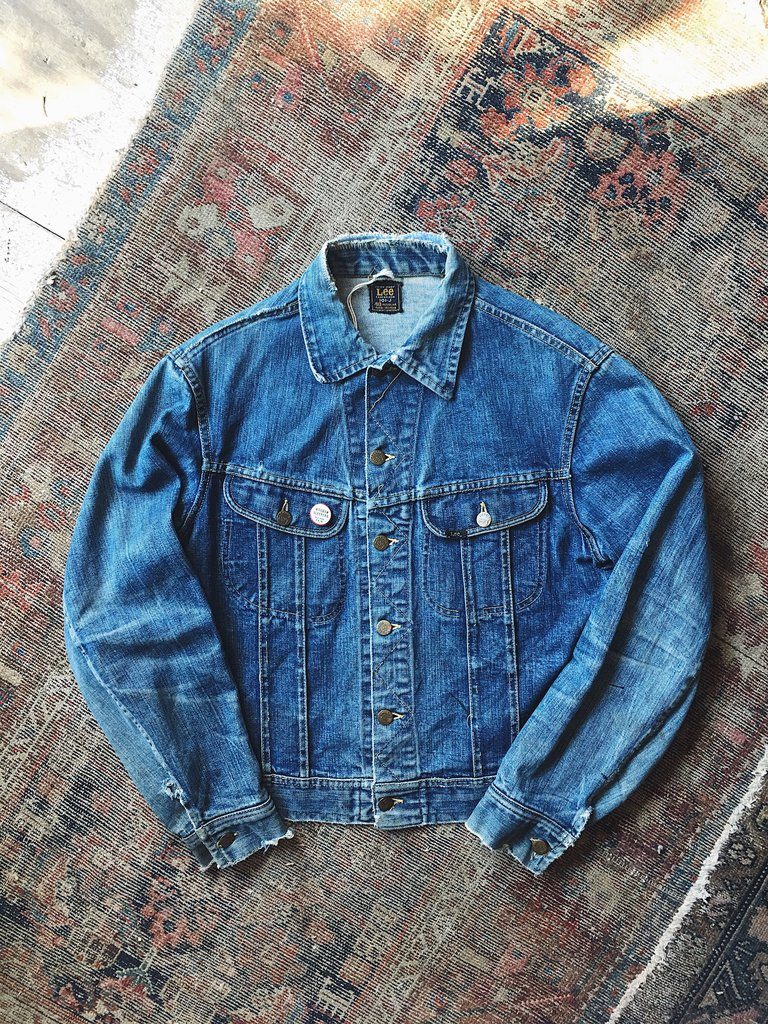 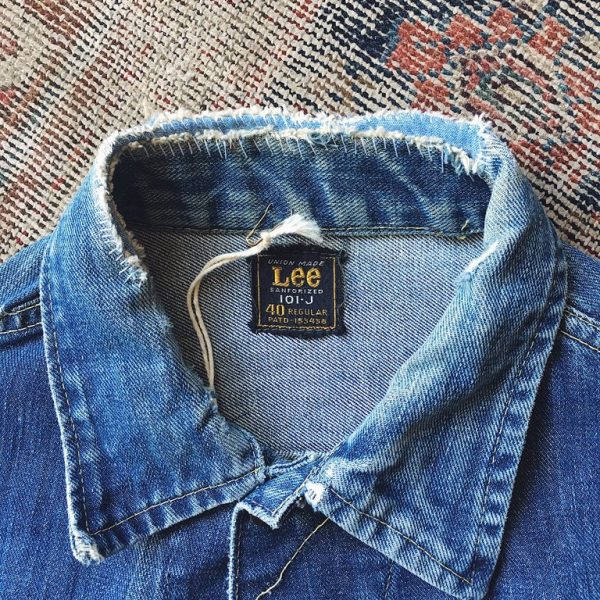 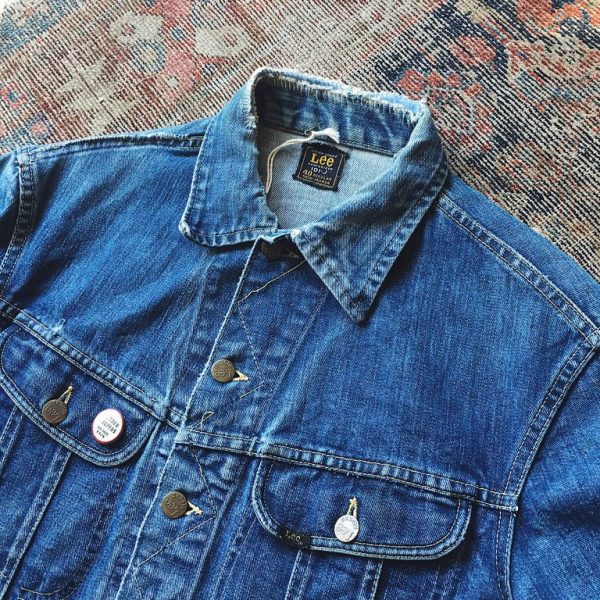 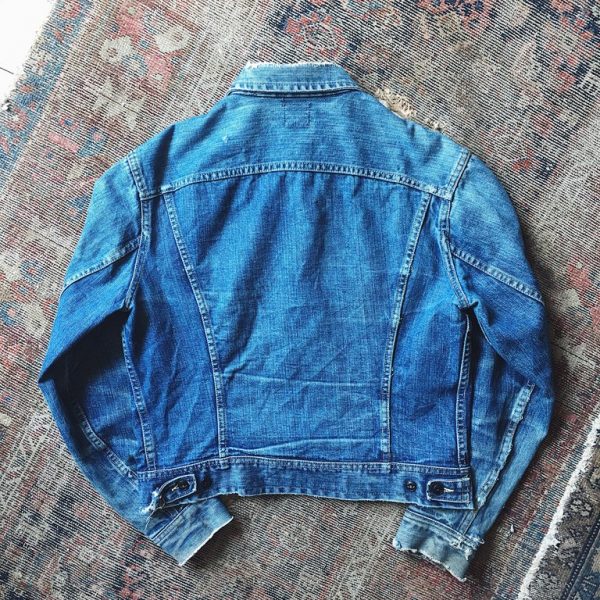 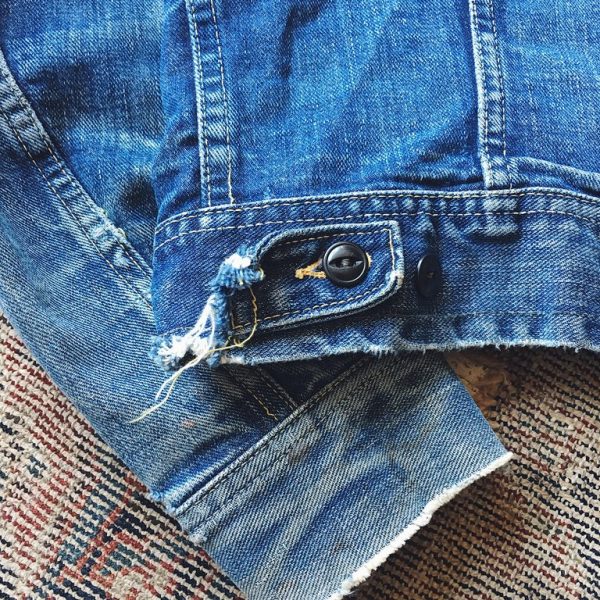 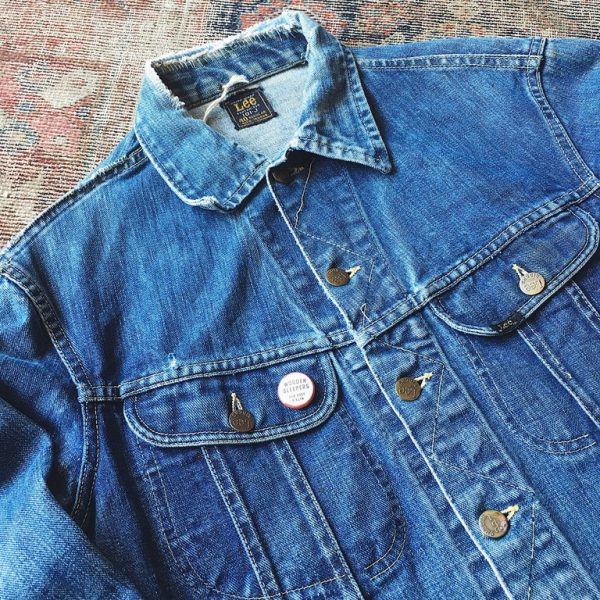 The modern standard for truckers, of course, is Levi’s — most commonly the Type III, although you can find the I and II through Levi’s Vintage Clothing. But I prefer Lee’s version for the detailing and silhouette. It’s defined by its zig-zag stitching, stitched-down pleats, and slanted chest pockets that aim upwards towards the shoulder joints. More importantly, the jacket is cut with a slightly more tapered, v-shaped silhouette. It’s a little shorter than Levi’s and has a dropped shoulder seam, which I think makes the style look more appealing. Levi’s truckers look a bit too clean-cut for me, whereas Lee’s feels rugged. It’s a bit closer to Kapital, in that regard.

These jackets exist at the crossroads of functional design and decoration. They have a deep history and are designed to be utilitarian; they’re hard-wearing and get better with age. Unionized American workers also made many of the older versions. Best of all, they’re readily available in almost any thrift store and can be had for as little as $50 (new versions are just $20 more). You can barely get a good button-up shirt nowadays for that kind of money. Even The Gap sells distressed trucker jackets for more — and theirs look like a verisimilitude of the real thing.

I’ve worn this jacket a bunch this summer. It goes with tan chinos, black jeans, and olive fatigues. You can wear it with blue jeans as well, although I find I always pause for a bit before walking out the door. In the colder months, you can use this as a mid-layer under heavier and roomier outerwear. For shirts, sweaters, and shoes, you can go with your regular run of Americana: plaid flannels, white tees, grey marled sweatshirts, work boots, and even classic running sneakers. I’m looking forward to wearing mine this winter with a chunky fisherman turtleneck.

If you’re looking for affordable outerwear this fall, I think you could do a lot worse. Lee’s 101J is more directional than a peacoat, easier to fit than a milsurp field jacket, and more durable than almost anything. It’s not the latest, hotest thing, and once you wear one you’ll notice that almost everyone on the street owns a denim trucker too. But it’s a genuine classic, looks handsome, and likely goes with most things in your closet. You can find one at eBay, Etsy, your local thrift, or online vintage boutiques such as Wooden Sleepers. 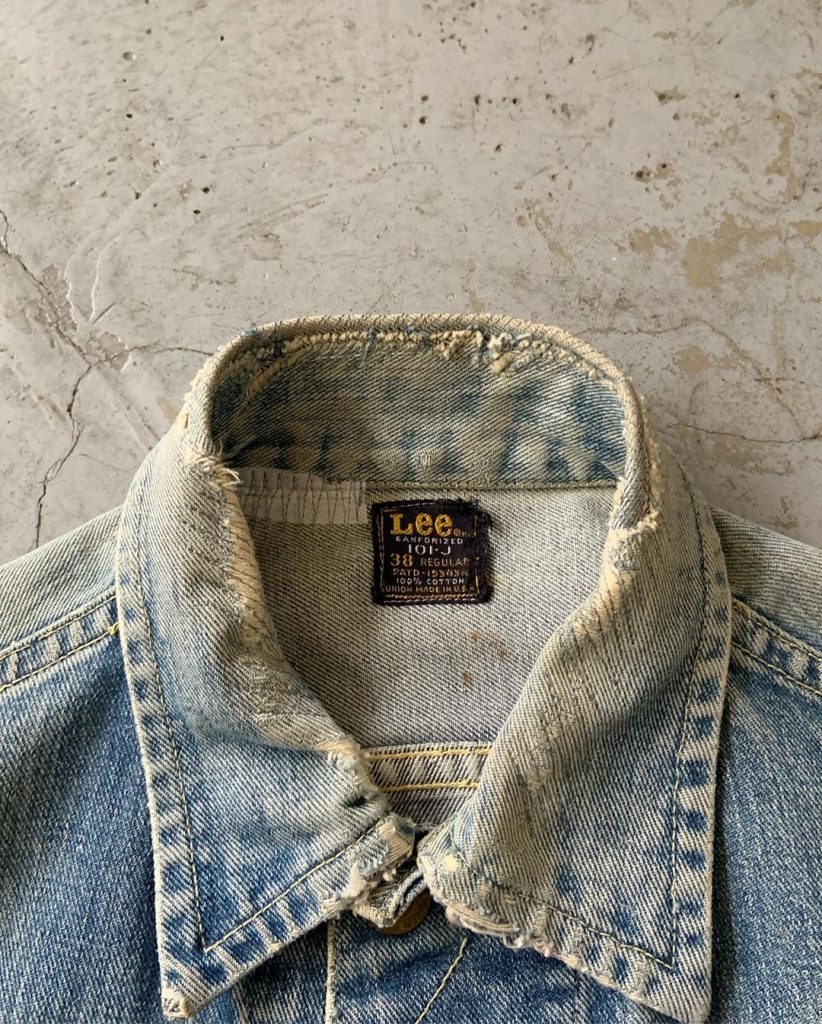 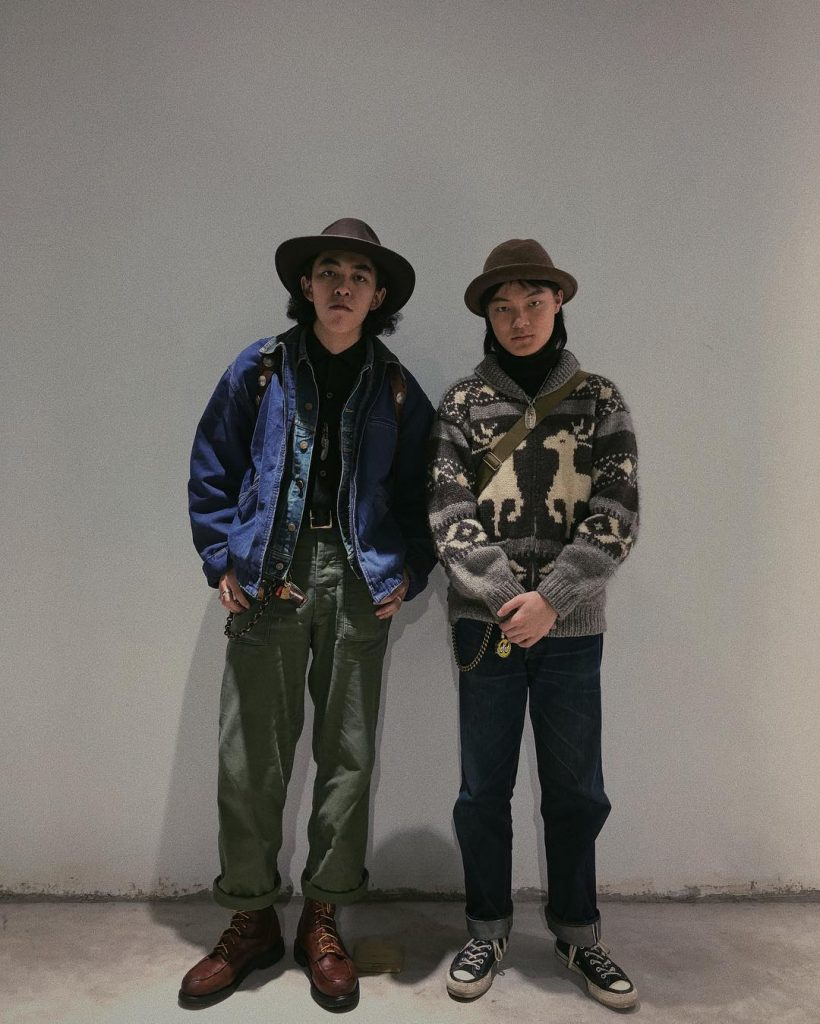 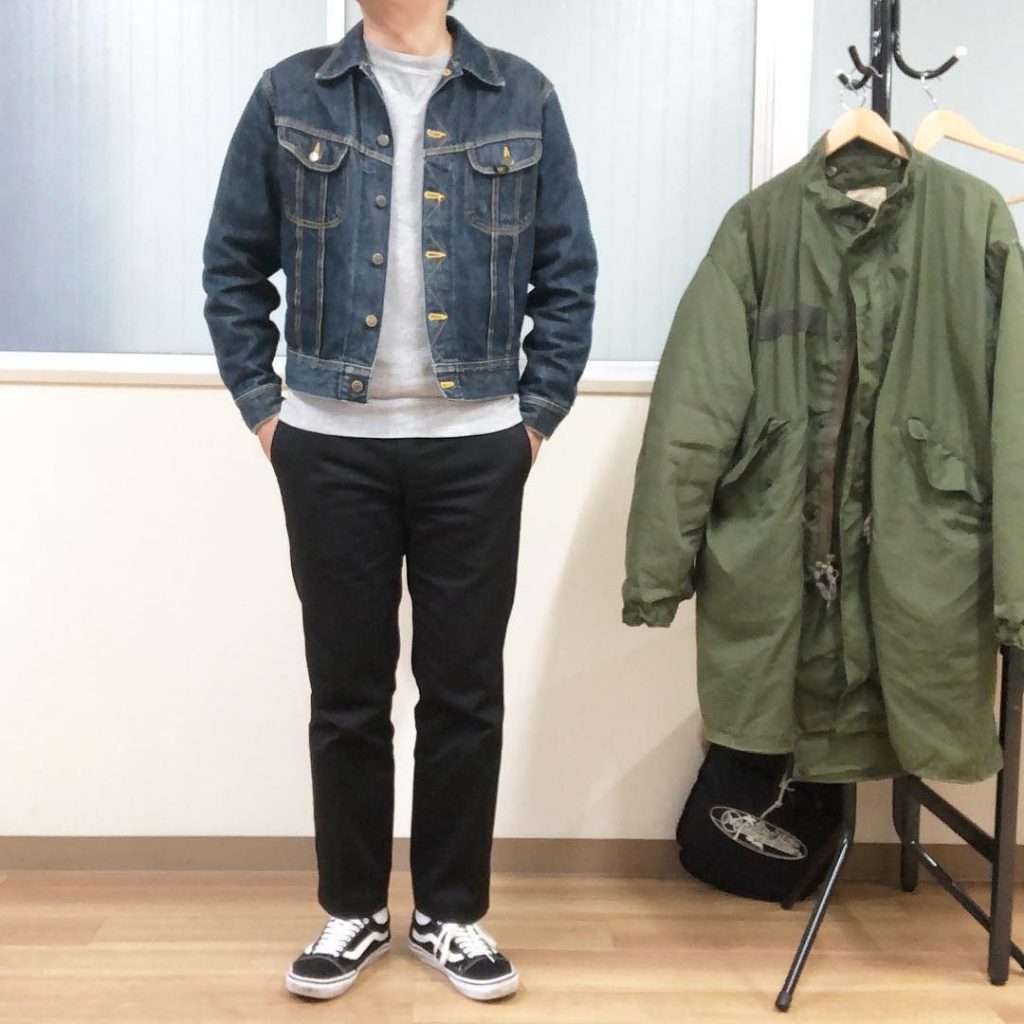 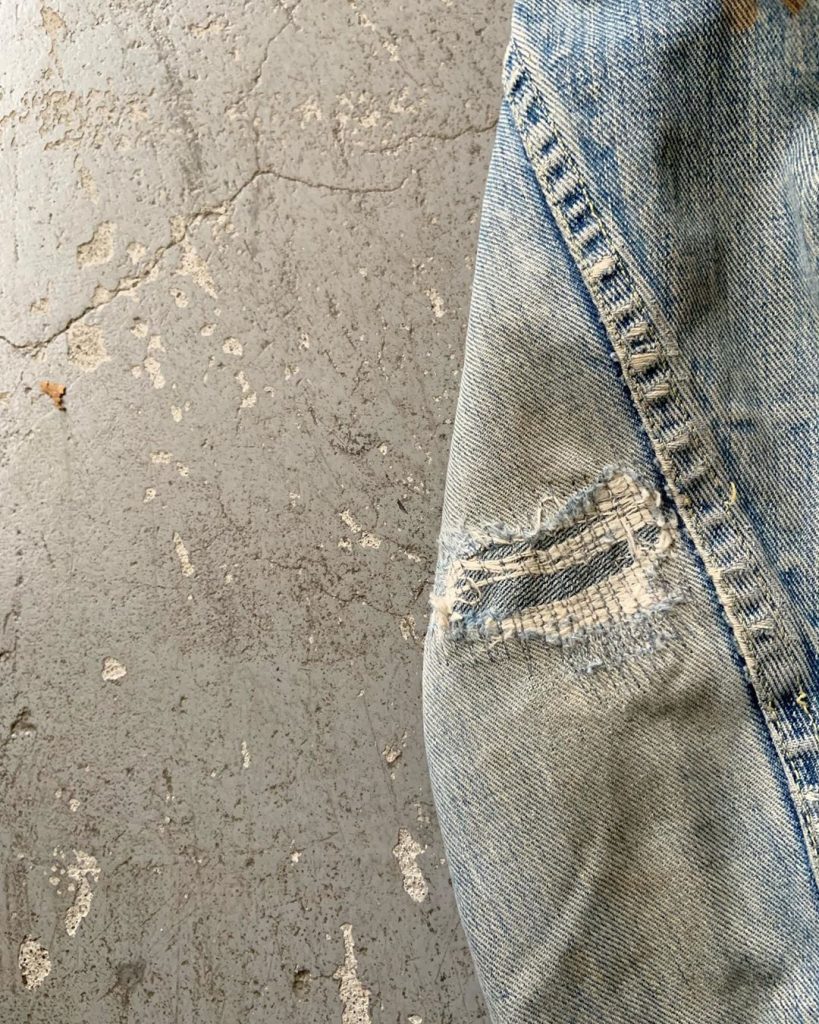 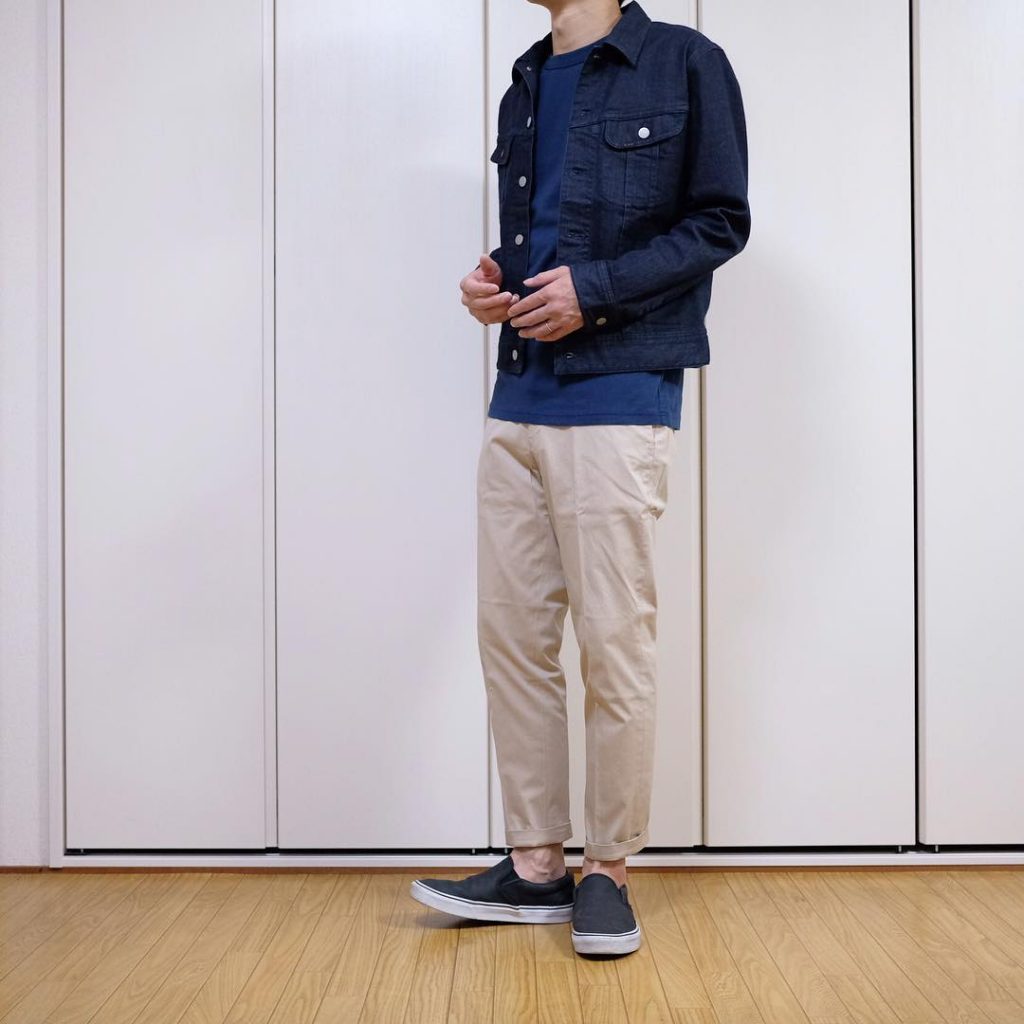 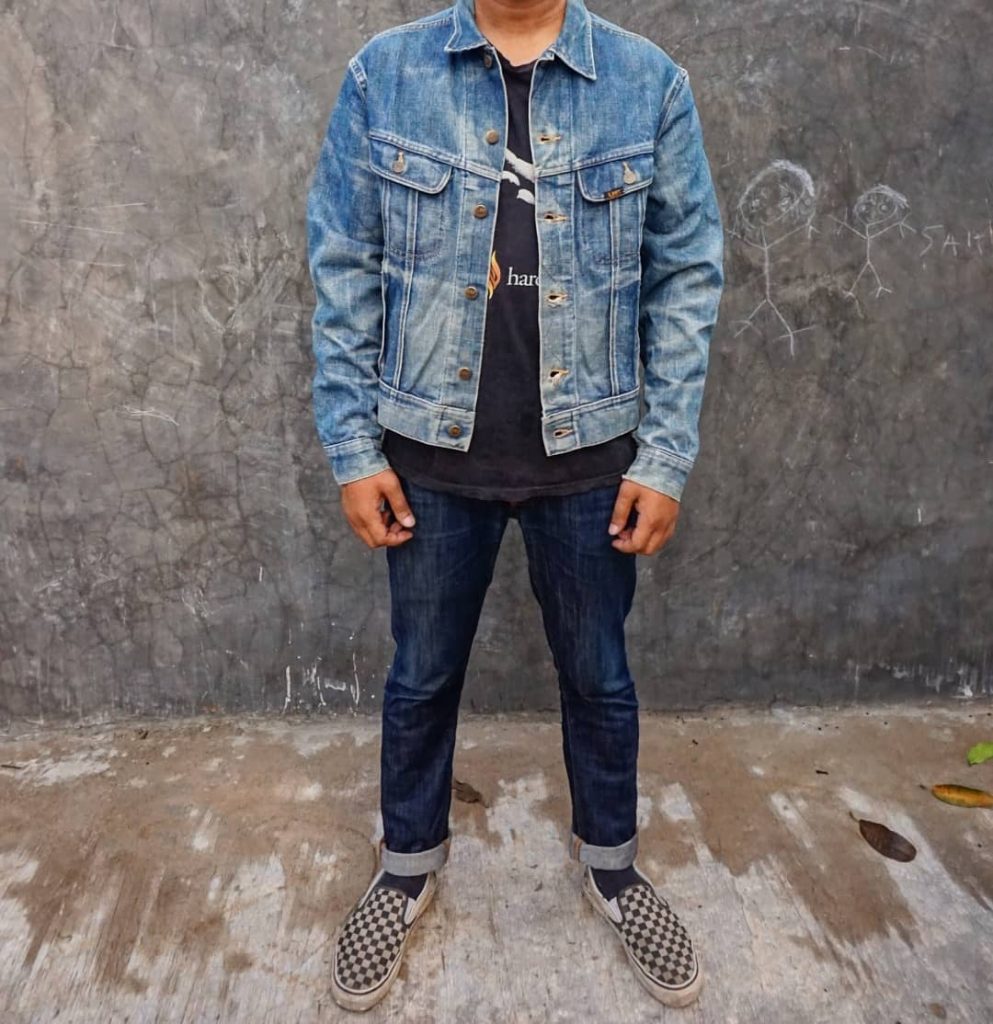 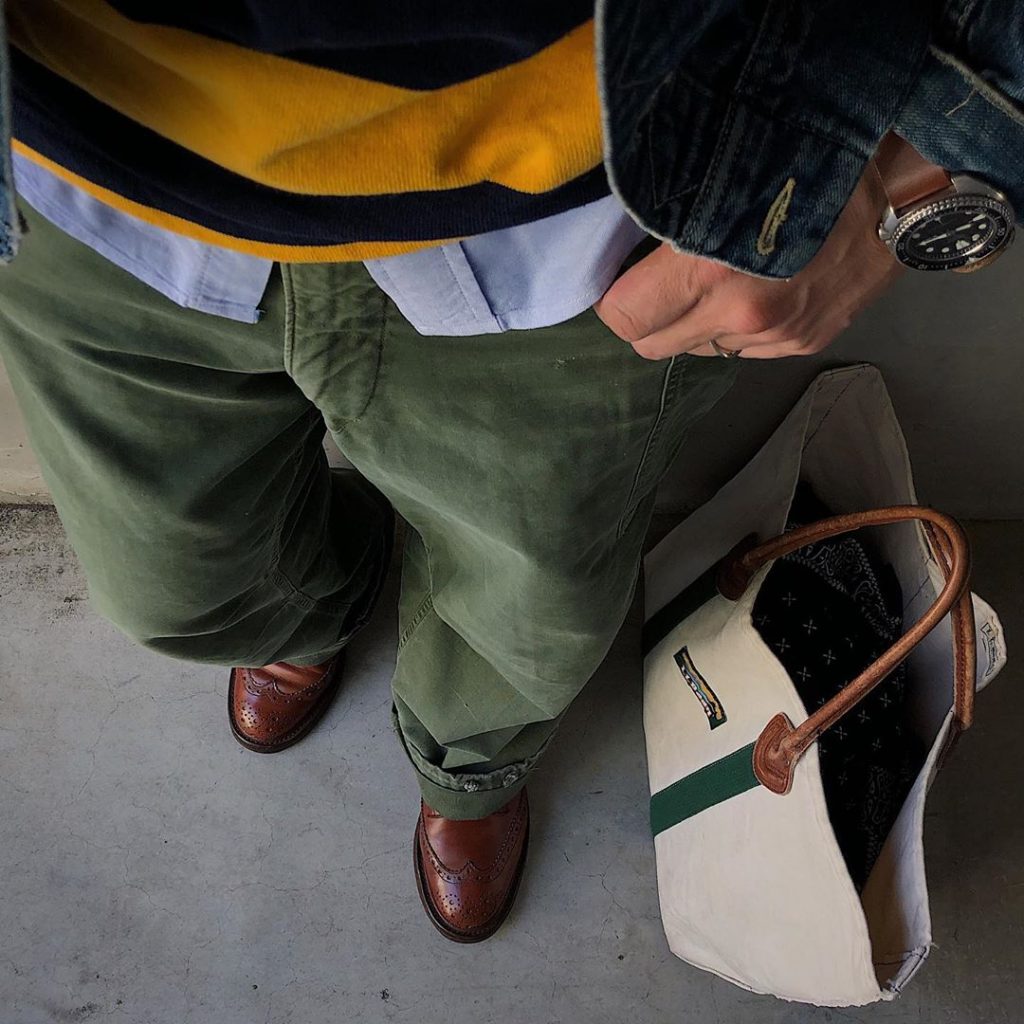 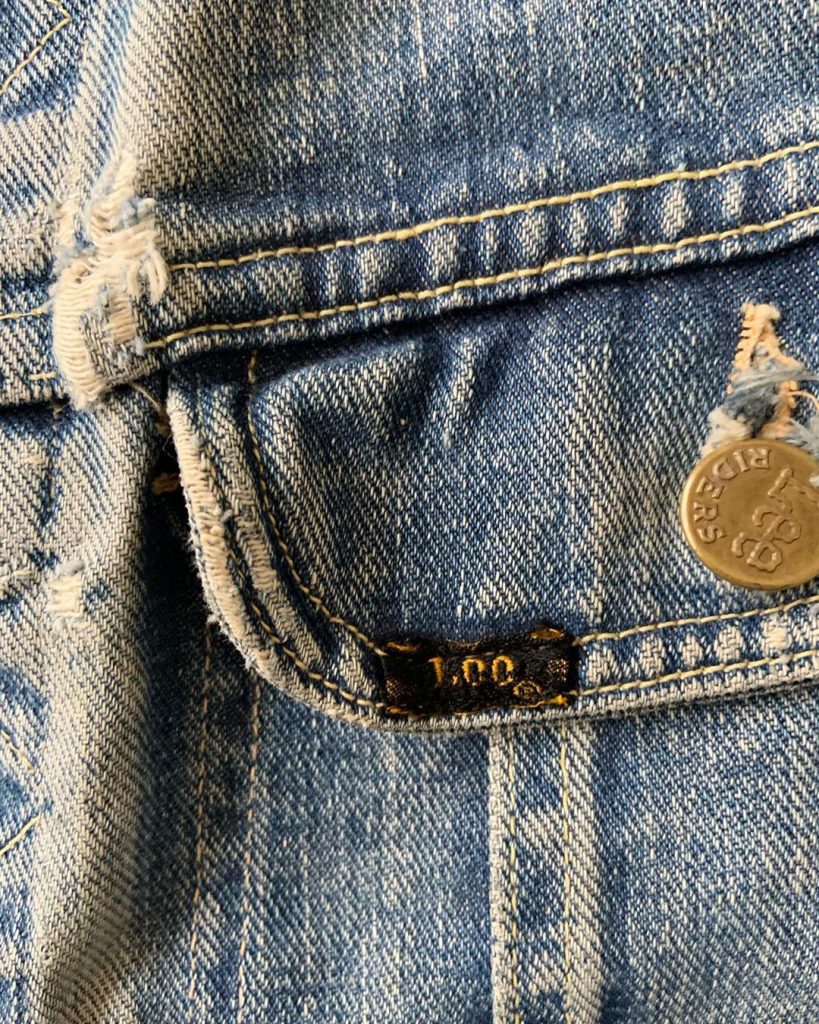 Filed Under: Denim, Denim Jackets, Lee's, Outerwear, What You Can Really Afford