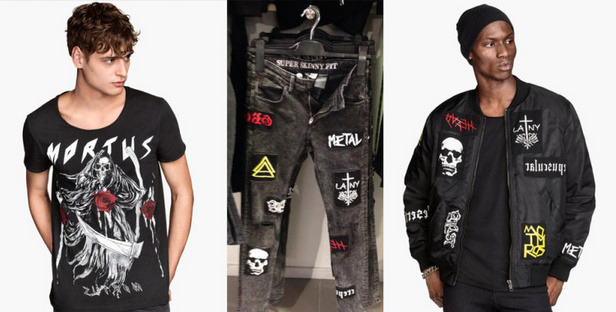 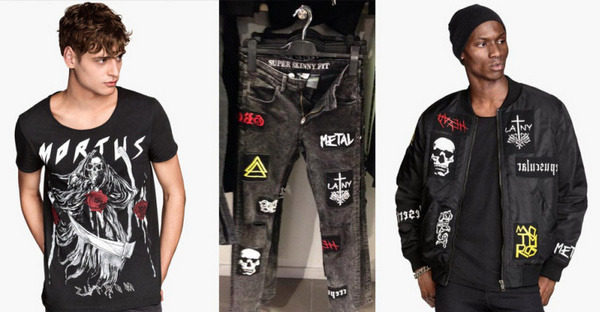 In what has to be one of the most bizarre clothing-related stories in recent memory, some metal fans apparently trolled the internet when they made some fake bands to go along with H&M’s fake metal band t-shirts.

The story was picked up yesterday by Metal Injection and Metal Sucks. H&M has been producing t-shirts with licensed-artwork from real metal bands such as Metallica and Slayer. Recently, however, they said “screw it” and produced a bunch of clothes with fake metal band art – because, you know, people who shop at H&M for metal band gear probably don’t actually listen to metal music, while people who do listen to metal music probably only go to H&M for their work clothes.

Apparently, some metal heads didn’t like that H&M was co-opting and commodifying their culture’s look, so they went through the trouble of making a full-out, fake metal production company and a bunch of fake bands to go along with H&M’s fake graphics. They made album artwork, social media pages, and yes, even music. They also linked some of the bands to the NSBM scene (that’s National Socialist Black Metal, the racist and Neo-Nazi corner of metal). If H&M wants to sell the look, they thought, they might as well take the whole package.

Vice has an interview today with Henri Sorvali, one of the people behind this bit of culture jamming (Henri is apparently in a real metal band). Answering the question of why did he and his friends go through all this trouble, he said:

[W]e wanted to point out the fact that you cannot commercialise a subculture without actually knowing all the different aspects of it. […] The purpose of the group (consisting of literally tens of people from different areas of music and media around Scandinavia) was to create discussion on the fact that metal culture is more than just “cool” looking logos on fashionable clothes, and has many more aesthetic and ideological aspects in different subgenres than what some corporations are trying to express. The metal scene is varied, controversial, and a sort of a wolf you can’t chain into a leash and expect it to behave on your terms like a dog. Strong Scene as a collective has absolutely no political nor ideological intentions, and is only bringing the conversation to the level it should be discussed at. Think of us as the one-time “Yes Men” of metal music.