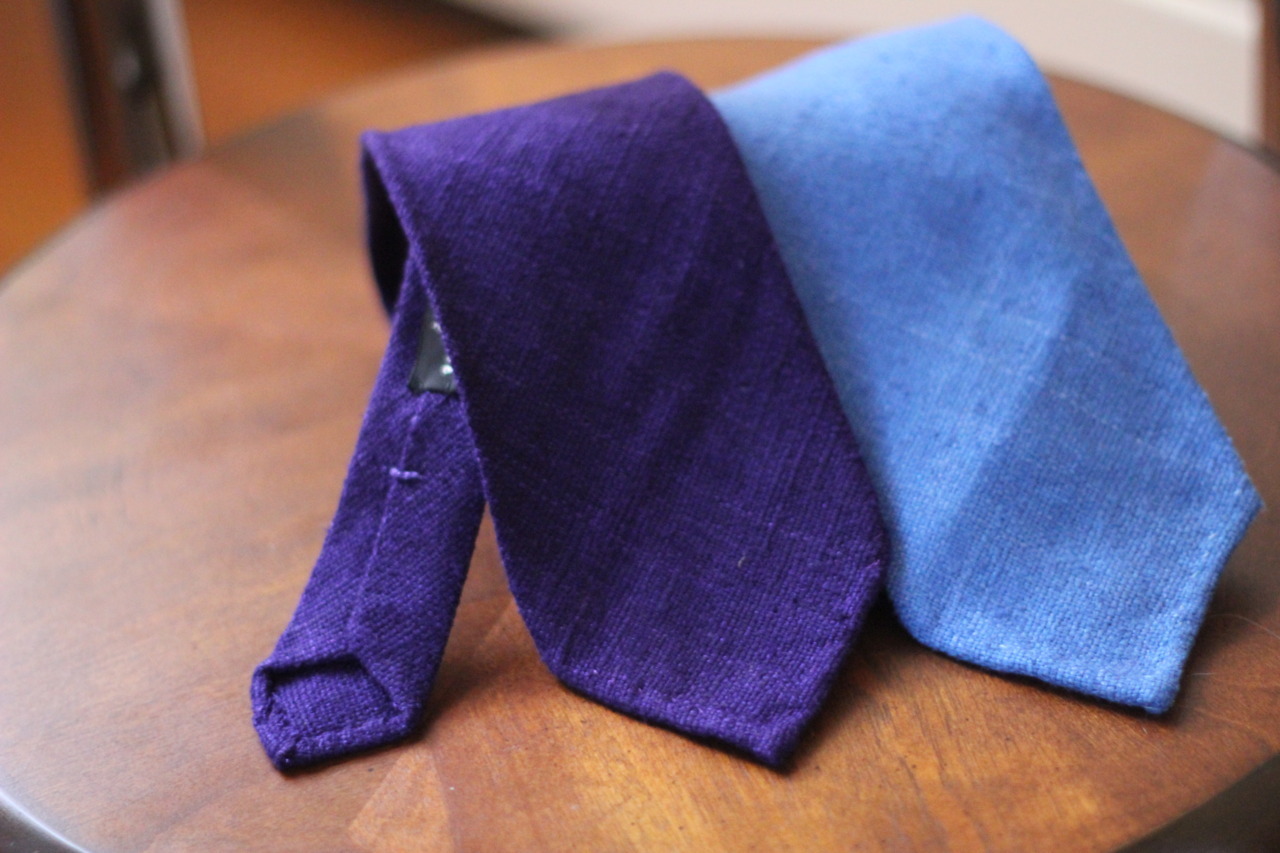 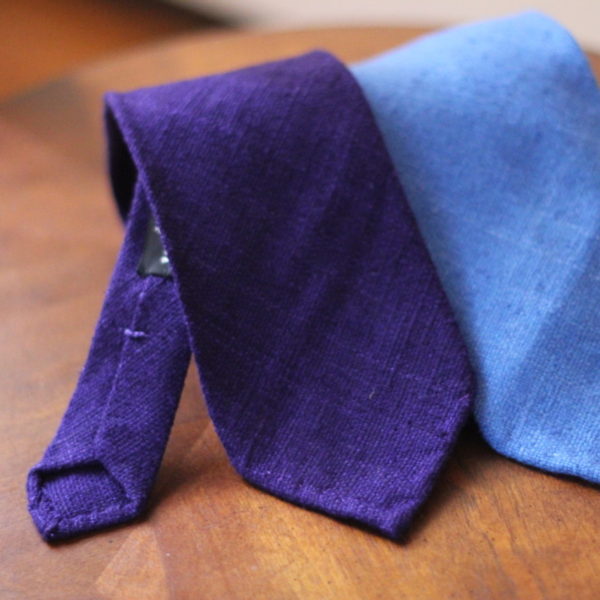 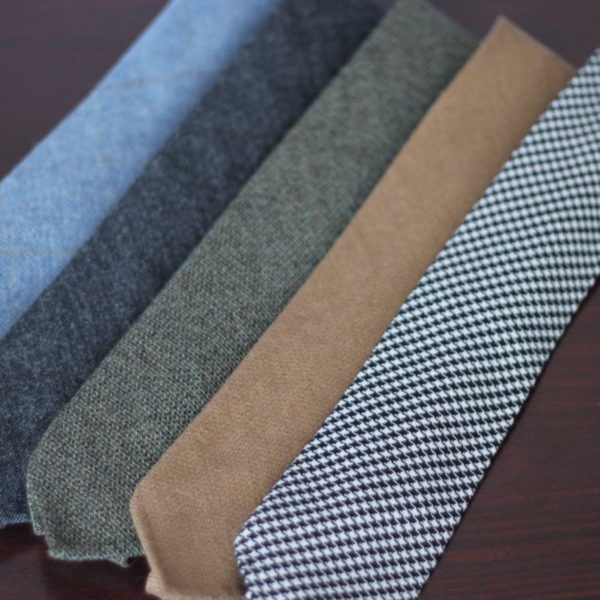 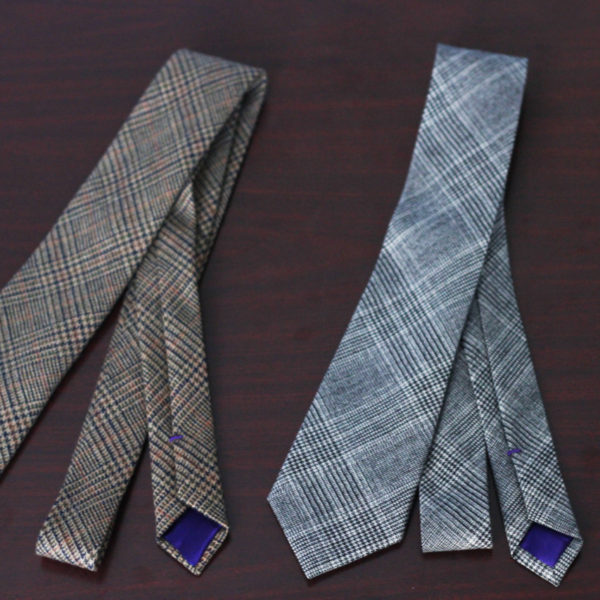 A relatively new men’s clothier, Marshall Anthony, recently sent me one of their indigo raw silk ties. I’m usually skeptical of new neckwear brands, but this time, I’ve been pleasantly surprised. Marshall Anthony’s raw silks are somewhat like Drake’s tussahs or the raw silks that Ralph Lauren used to put out many years ago. They’re slubby, but lighter in weight and much easier to knot than Drake’s shantungs. In addition, they have slight color striations, which give them some visual interest. You can see the striations in the main picture above.

Most of Marshall Anthony’s ties are padded with a wool interlining, but these raw silks feature a wool and cotton blend. Caron Gabriel, one of the designers behind the company, explained to me that because of the slubby nature of the raw silk, they decided to go with a blend in order to make sure the tie wasn’t too bulky or too thin. I found the effect to be just that; it dimples well, makes a nicely sized knot, and gives an arched drape. As well, despite it not being made with a pure wool interlining, the tie still relaxes and resets easily after a day’s wear.

Everything the company produces is handmade. The ties are individually cut and sewn by hand, and if they’re untipped, they feature hand rolled edges. Untipped, hand rolled finishing is something I’ve come to really appreciate on casual ties, so it’s great to see it on raw silk. The widths are 3.25", which fits in well with today’s modern slim look, but still stays within the range of tradition. Likewise, their bow ties are 4.5" in width and 2.5" in height. Not too large, not too small.

Caron tells me they have some big plans for 2012. They plan to expand the brand into a full menswear line, which will eventually include everything from suits to shoes to outerwear. For now, they’re working on continuing their neckwear line and building in a new shirt collection. They also have a program where customers can send in older neckties they no longer wear and have them turned into custom bow ties. Give them a look when you have a chance.