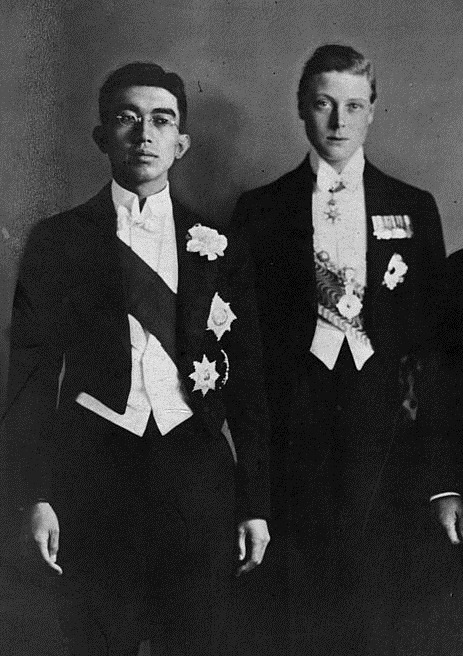 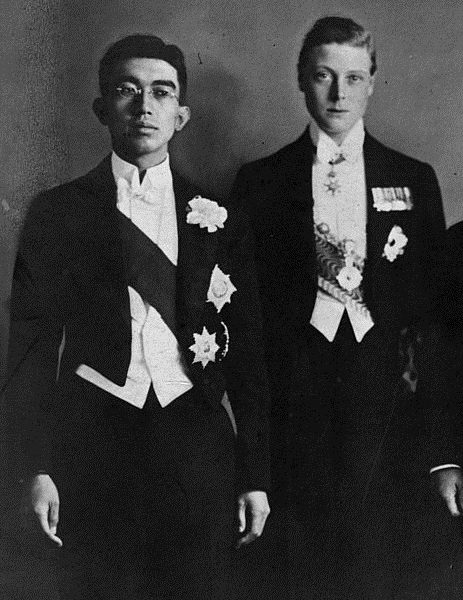 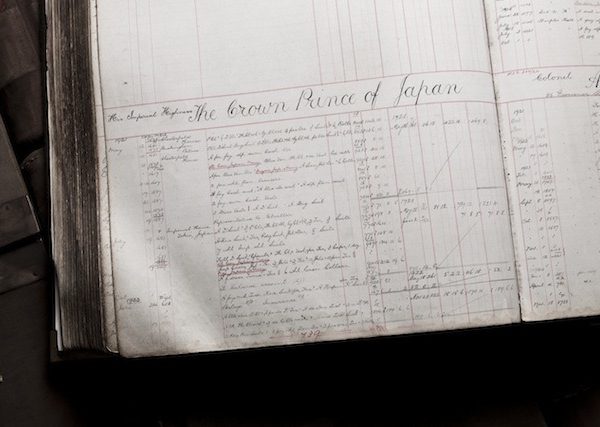 In his book Civilization, Harvard professor Niall Ferguson has an interesting chapter on how Japan started adopting Western modes of dress during the late 19th century. One of the first men to wear a coat and tie, interestingly, was Crown Prince Hirohito, who would later lead a war with the Axis powers against Great Britain and other countries.

Pictured above: Hirohito with the then Prince of Wales (later Edward VIII). Both are pictured in immaculately tailored white ties and tails, which were specially made for them by Henry Poole on Savile Row. Hirohito was originally measured for his clothes while he was on a ship near Gibraltar. The measurements were then cabled back to Poole, so they could have a Western wardrobe ready for him upon his arrival.

Hirohito presumably liked his clothes. Over the next few years, he put in an enormous number of orders – commissioning dinner suits, lounge suits, military uniforms, morning coats, and embroidered waistcoats. He even bought a three-piece golfing suit, which we hope was made out of the most British cloth of all: tweed.

Poole actually dressed many heads of state at the time – everyone from the last Emperor of Ethiopia to the last Tsar of Russia. Their most devoted customer, Jitendra Narayan – who was the Maharaja of Cooch Behar – supposedly commissioned over a thousand suits in his lifetime. Ferguson writes: “In every case, the aim was the same: to be as well dressed as the perfect English gentleman – and ‘costumes of the world’ be damned.”