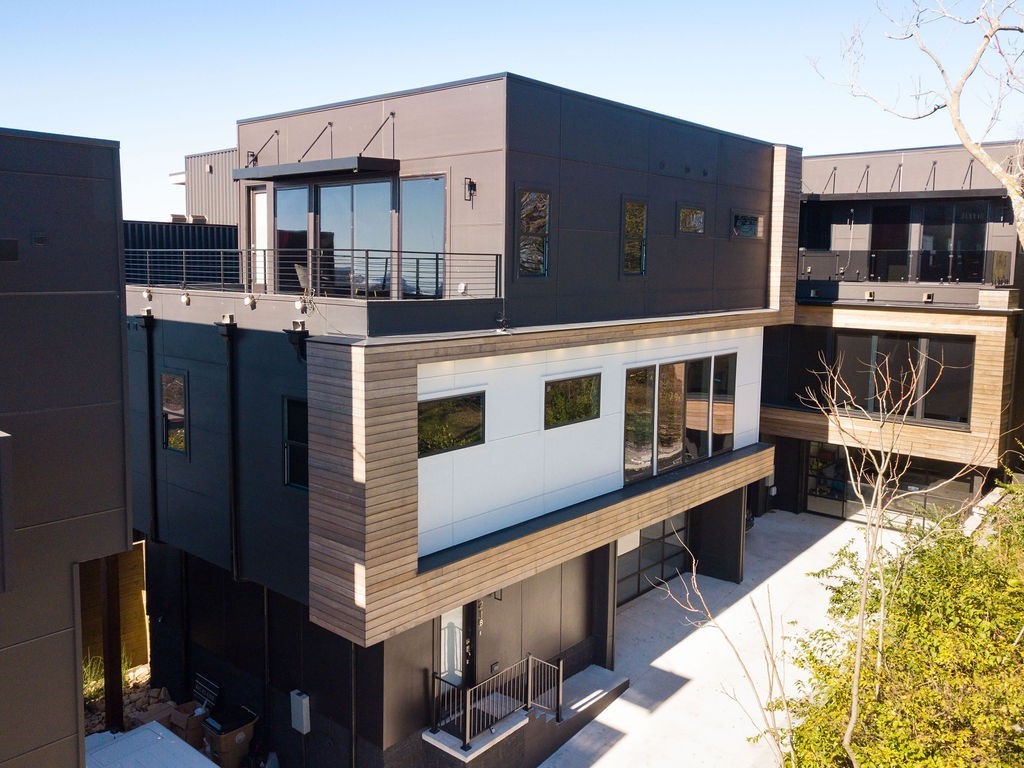 Do you live in Nashville and love brands such as Supreme, Louis Vuitton, Gucci, and Saint Laurent? Do you also have $1.1 million sitting around? If so, we have fantastic news for you.

This three-story, 3,046 square foot home located on Fern Avenue in East Nashville, Tennesse is available on the market for just over a cool million. The Redfin listing, which has been viewed a little more than 30,000 times, describes it as a “great investment opportunity.” It features four handpainted designer bedrooms, four-and-a-half baths, and a two-car garage. “This home won’t disappoint!” says the listing. And boy, are they right. Just look at these incredible photos. 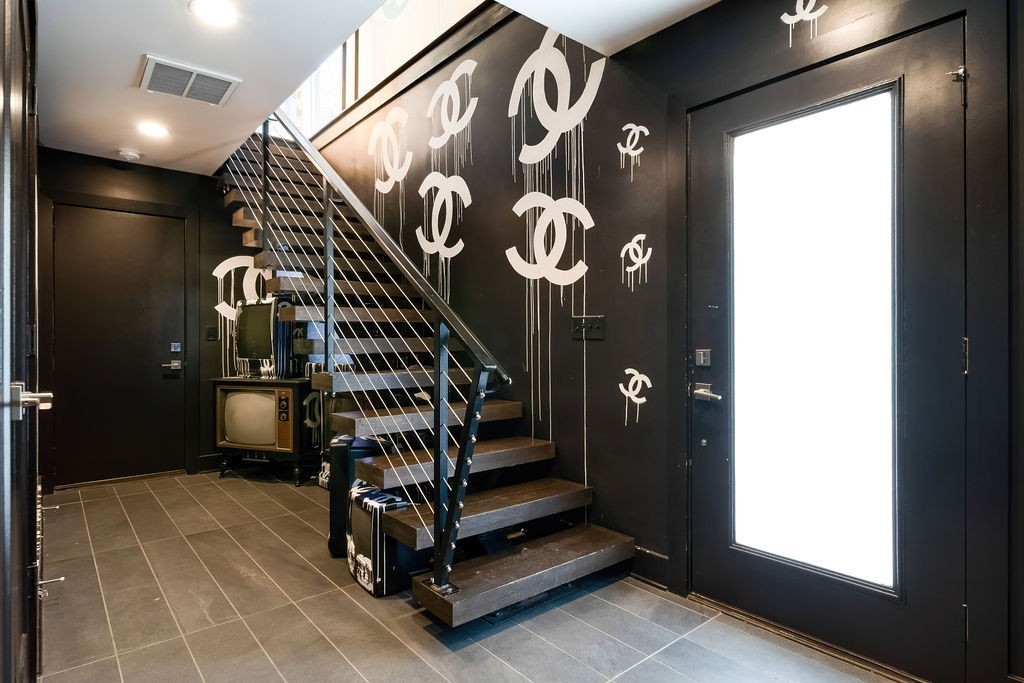 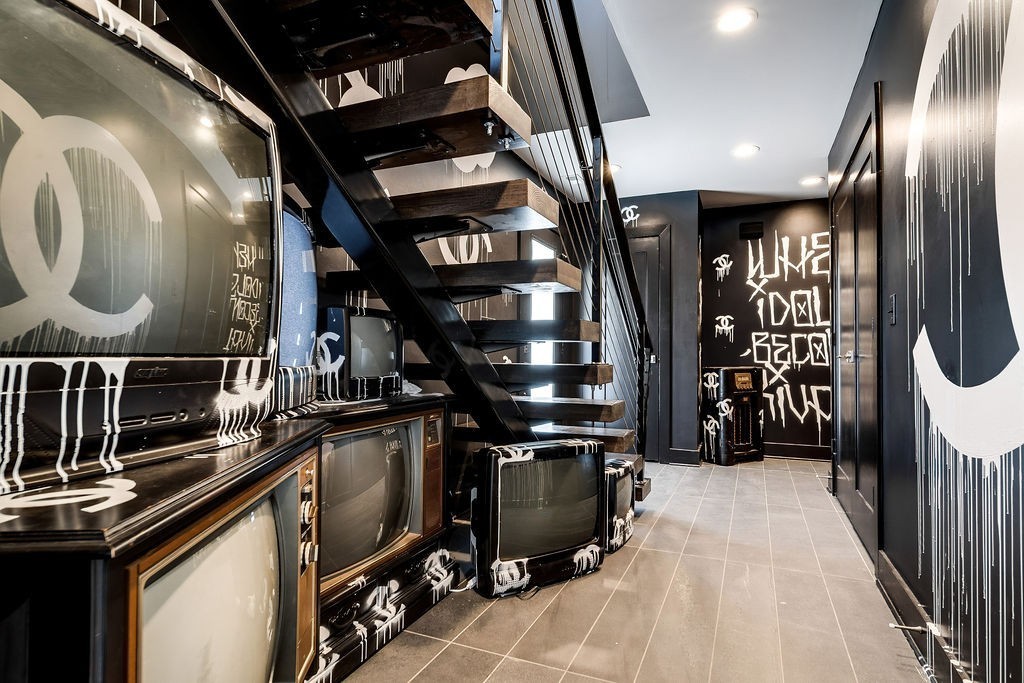 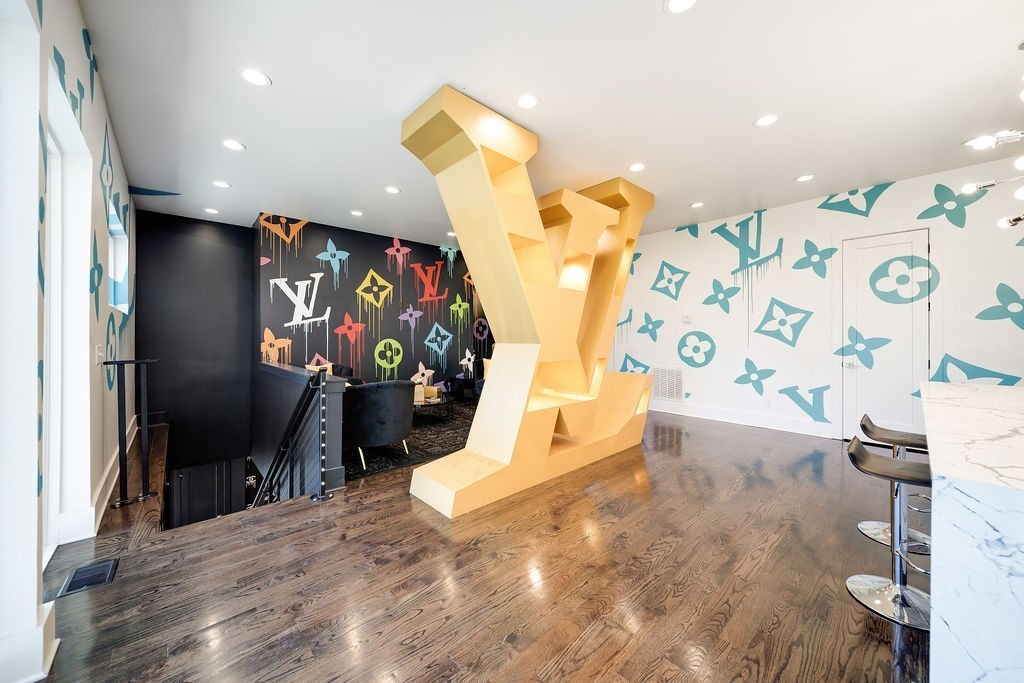 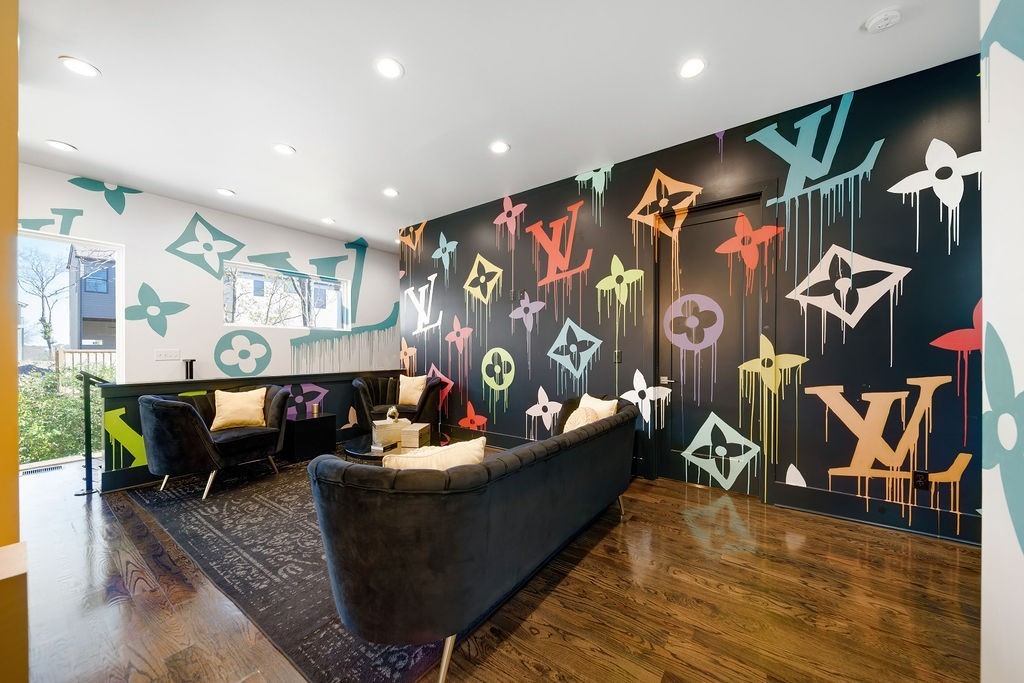 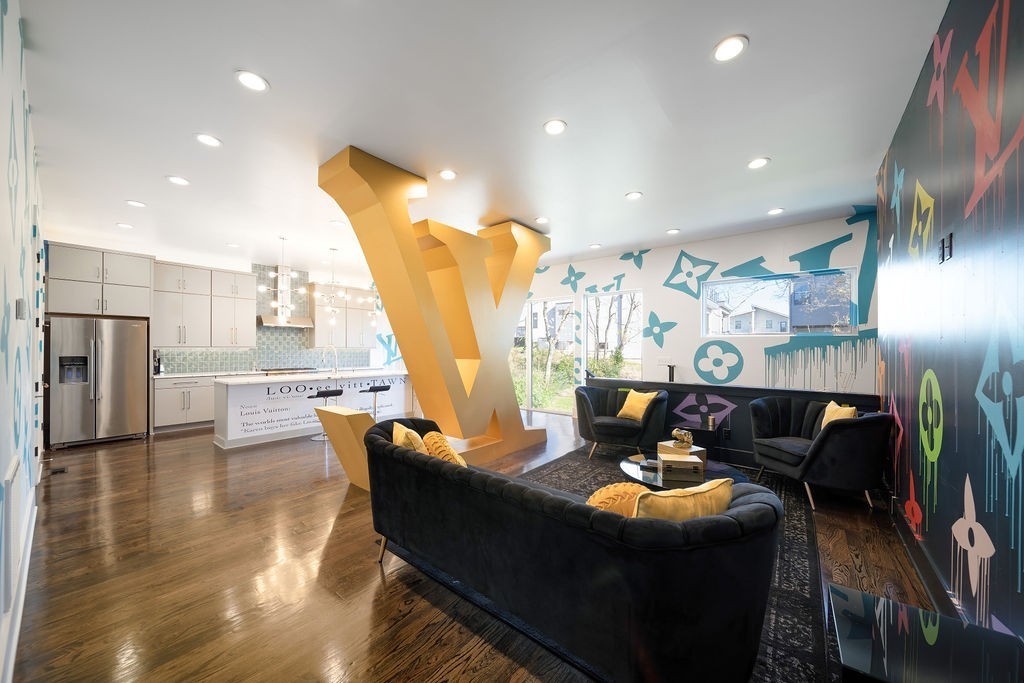 In the master suite, you’ll find a sitting area, sliding doors to the balcony with downtown views, a five showerhead shower, a standalone bathtub, and a custom built-in closet. It is also covered in a Gucci mural and faces another Gucci mural outside. 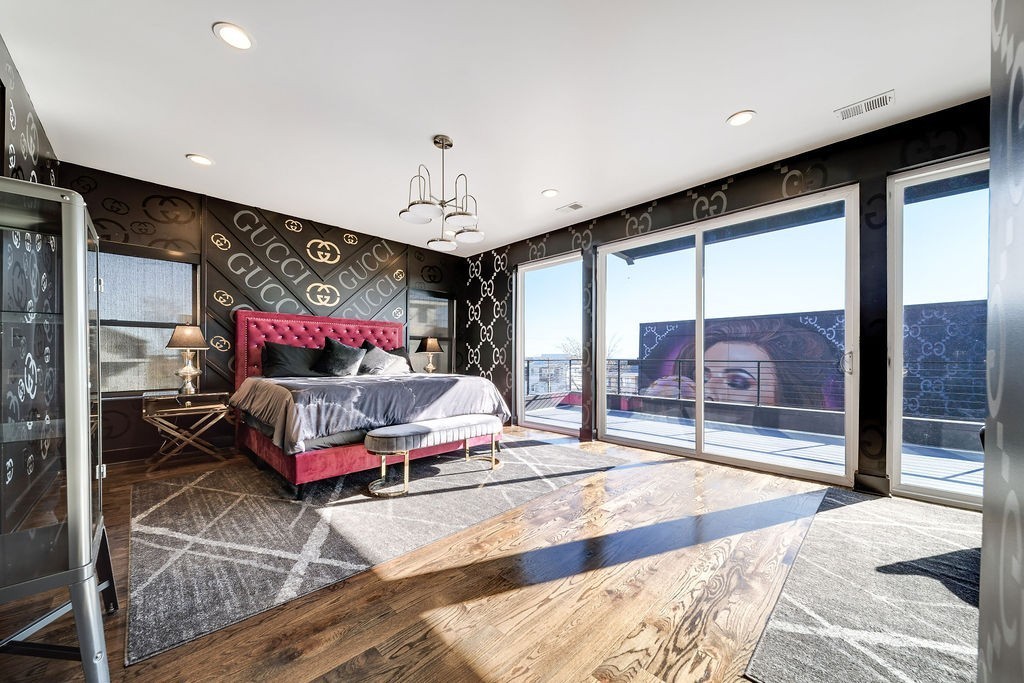 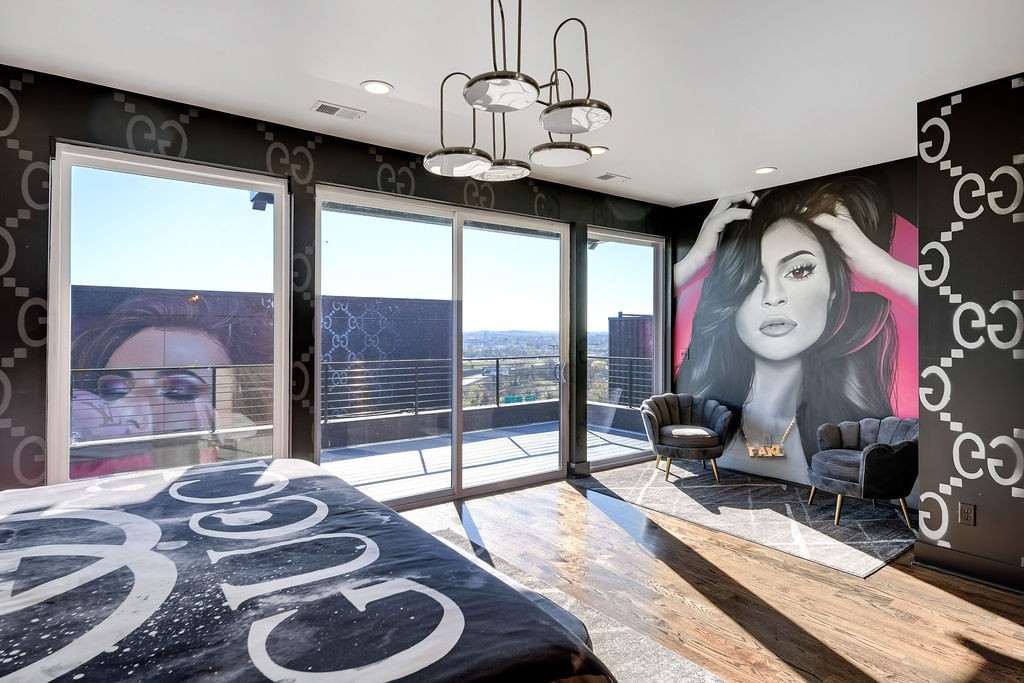 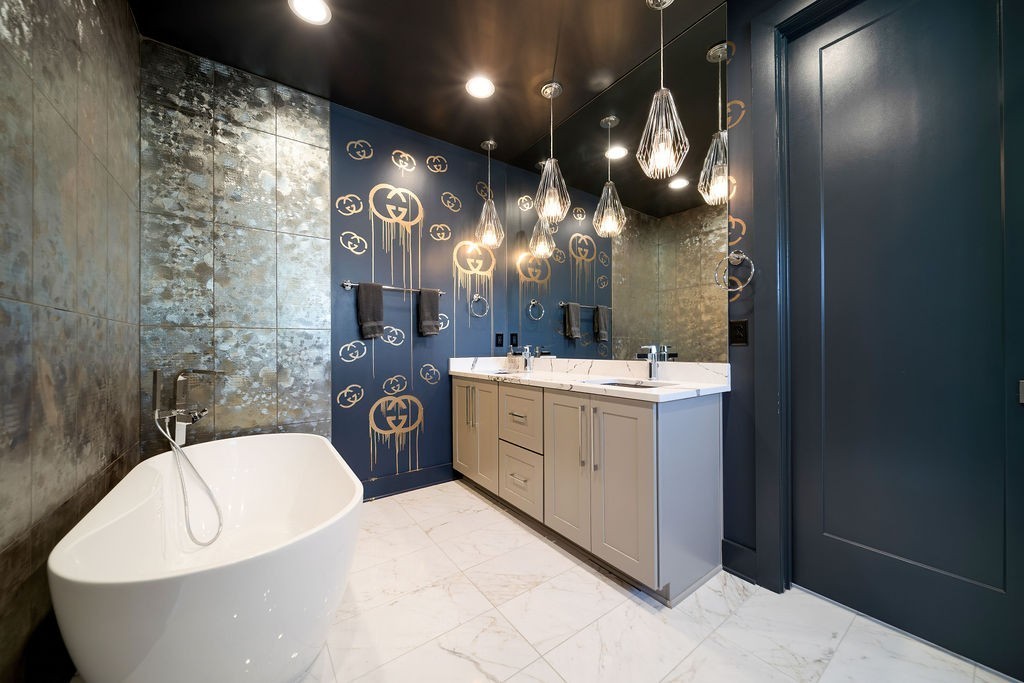 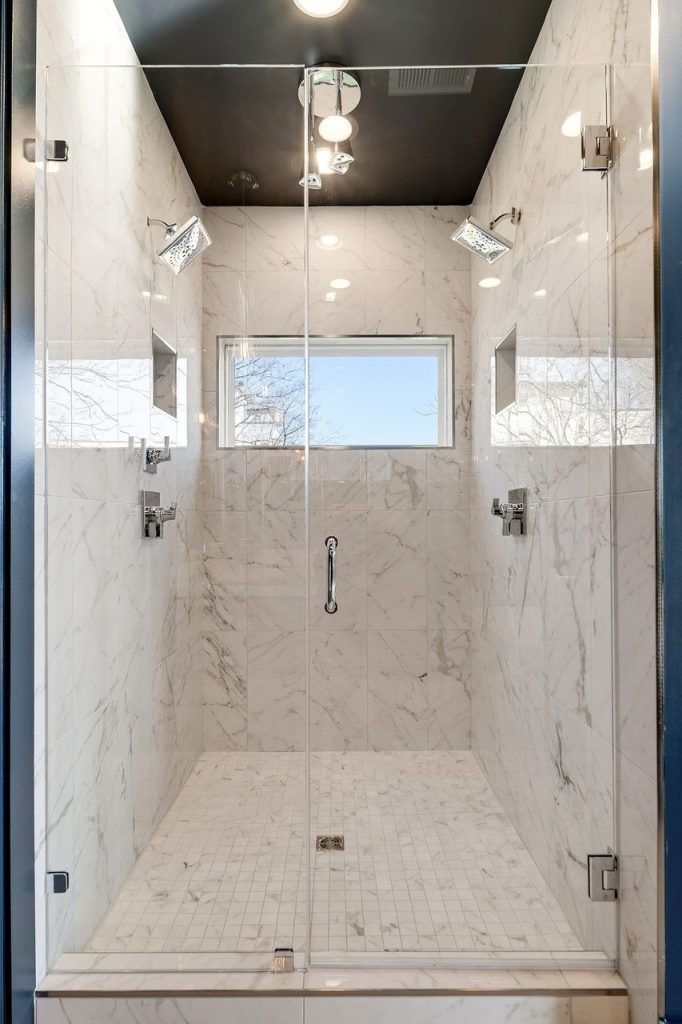 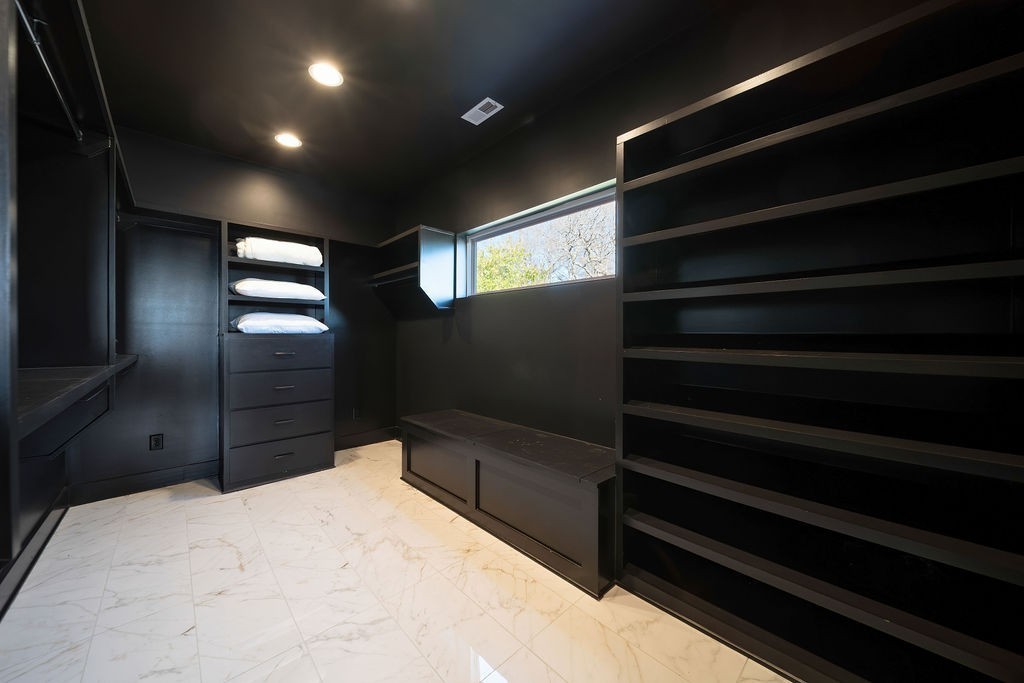 I don’t know about you, but I find that hosting family members can sometimes be stressful, especially if you live in a cramped apartment. With this Nashville home, however, there is always room for guests. Your parents can retire in the Saint Laurent chamber, your inlaws can stay at the Supreme bedroom, and any other guests can retreat and kickback in the Versace room. 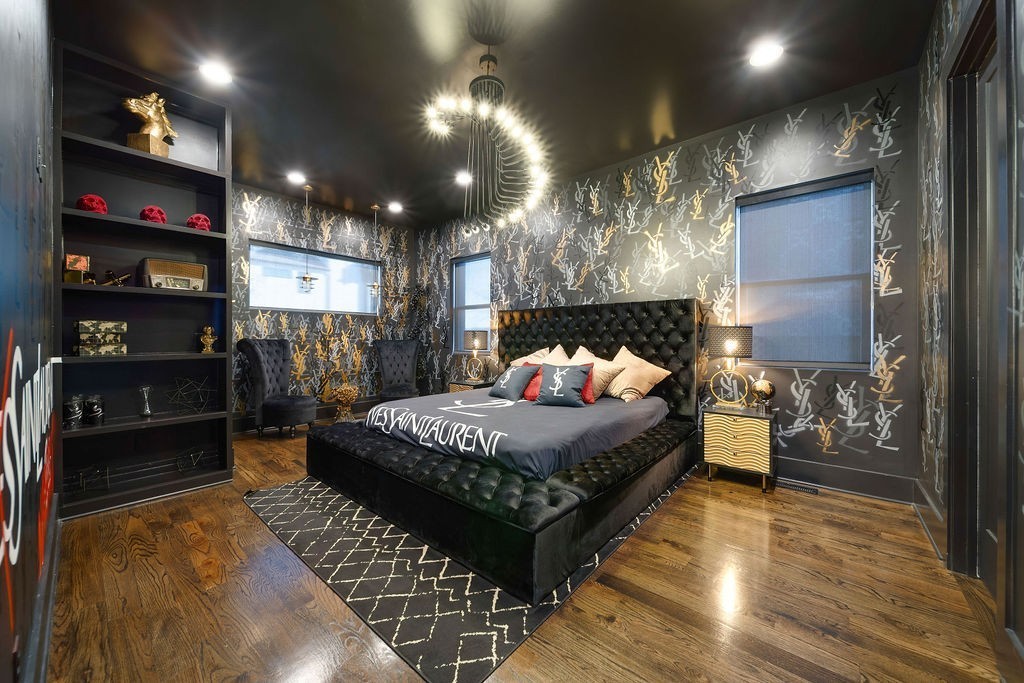 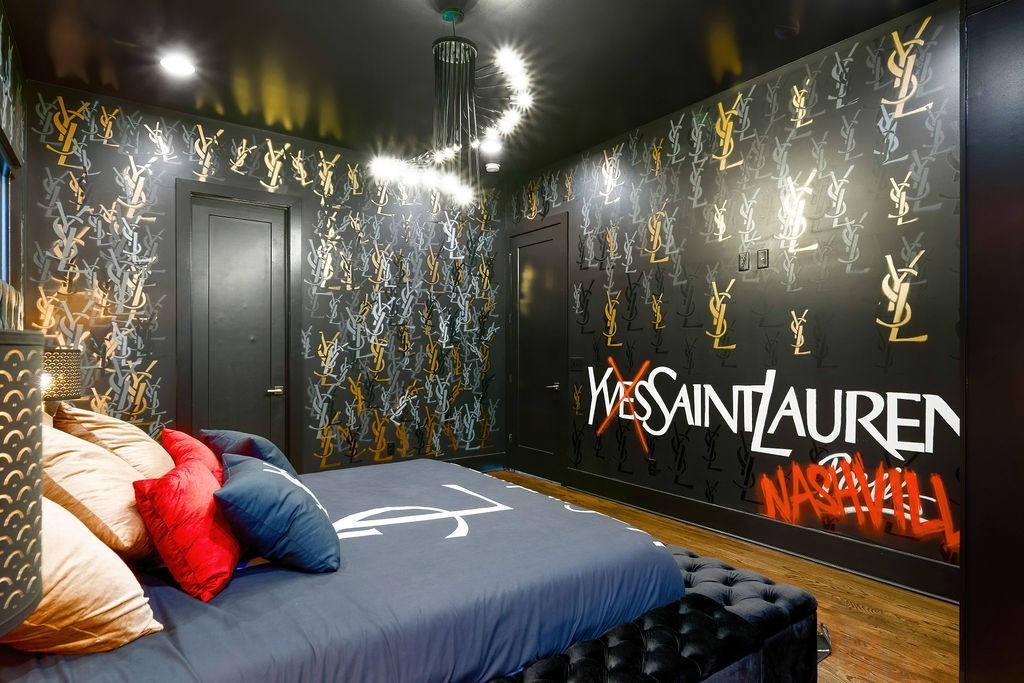 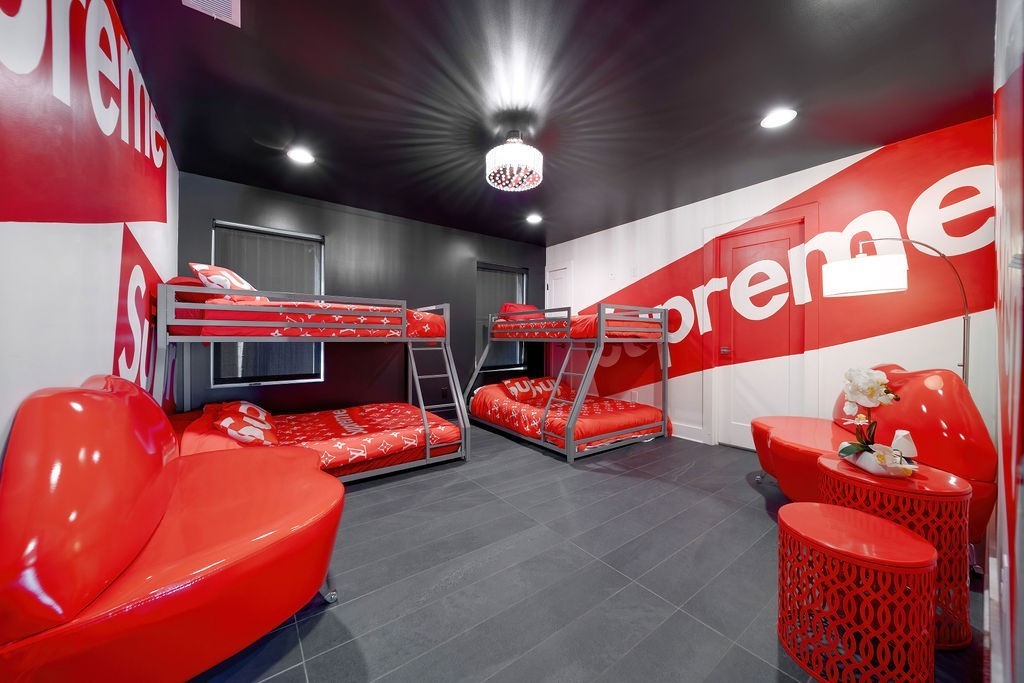 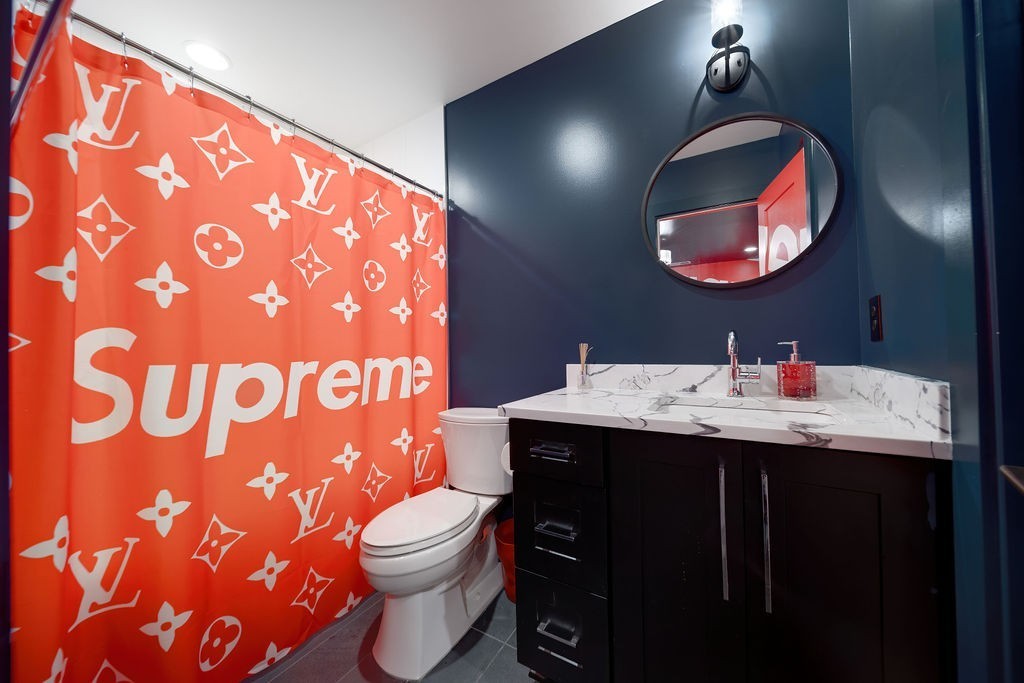 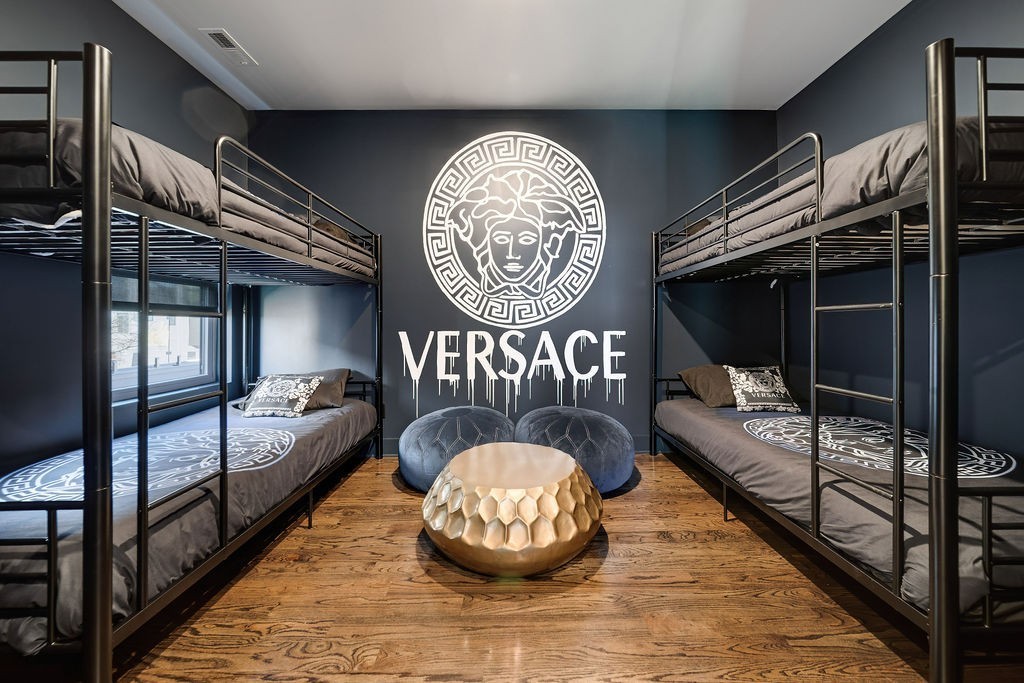 I love starting my day with a calming cup of tea, which I can imagine drinking while sitting in this calming kitchen and looking outside at the Gucci mural. The breakfast bar has the wrong pronunciation for Louis Vuitton, but I’m absolutely unbothered because I’m too calm from this relaxing interior. This home is the definition of hygge. 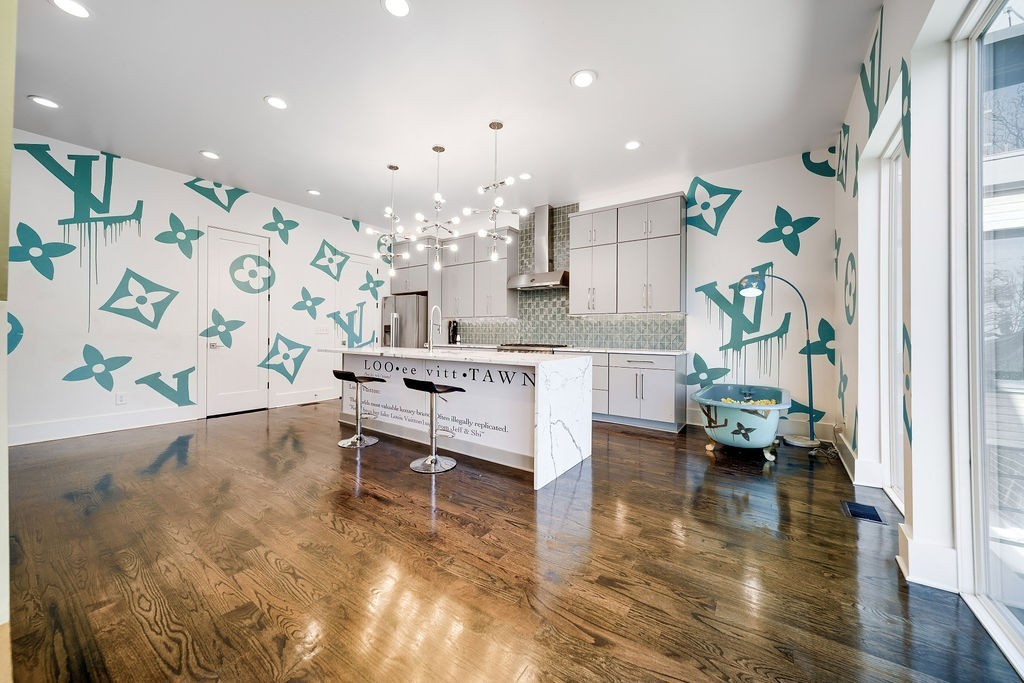 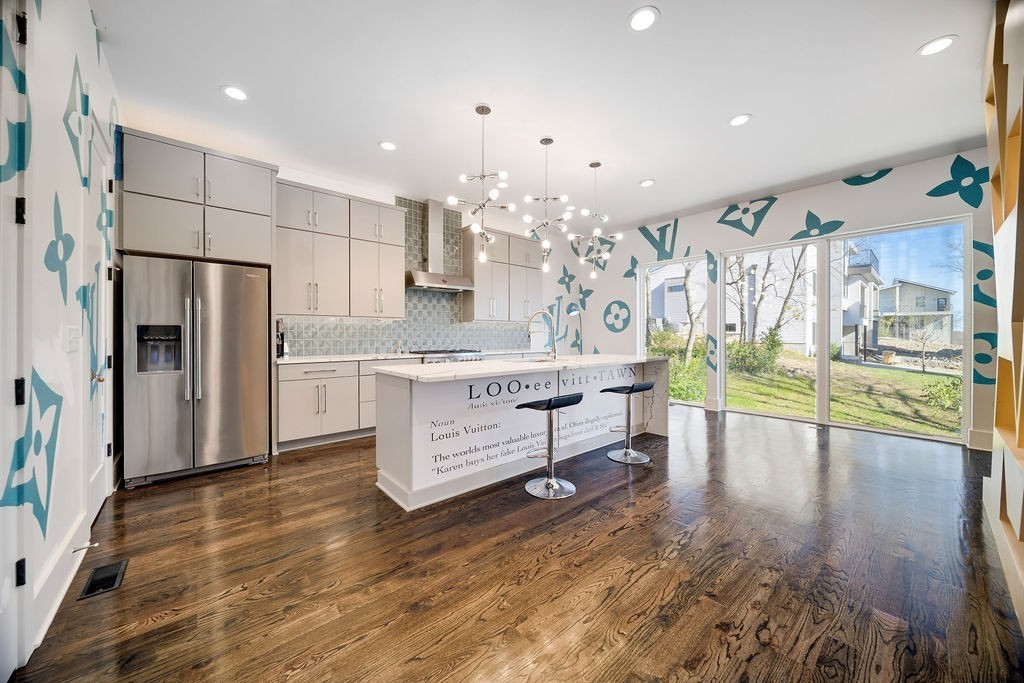 WKRN reports that this home was the site of a huge party just a few months ago, during the peak of the coronavirus pandemic. Organizers were later arrested and sentenced for violating the city’s restrictions on public gatherings. Videos of the party show hundreds of maskless attendees smoking hookahs, playing beer pong, and getting tattoos. One attendee, who goes by “daddysjuiced” online, publicly performed analingus in front of a floor-to-ceiling window, an act that public officials have explicitly discouraged during the pandemic. The party and the analingus can be described as super spreader events.

For people working from home, this house would be the perfect site for daily vlogs or unboxing videos. It could also be the setting for a new reality TV show involving top-tier Grailed resellers living together. Please just be sure to sanitize all the surfaces before moving in.

You can see the full listing at Redfin. The asking price is currently $1.1 million, but the homeowner may be willing to accept payment in clout.